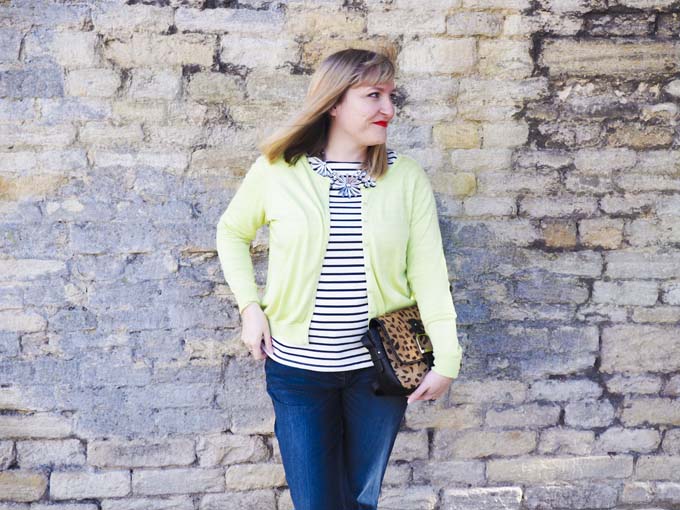 When you’re aged 15, you’re often – understandably – seen as a schoolgirl. If you go to uni, you’re usually referred to as a student. Often the career you choose alters how people see you. But there is nothing that happens in our lives that defines us more than when we become a mum. Nothing else changes how we are viewed by others – and by ourselves – quite as much. When you become a mum, you’re immediately popped into a mum-shaped box, whether you like it or not.

To begin with, I didn’t like it. I fought against the assumptions, only posting a few (read: 78) photos of my newborn on Facebook, so scared of being the subject of eye rolls from my non-parent friends. I was determined to still see my friends as much as I had pre-baby which led to one particular day when I found myself sitting on the floor of the disabled loo of Liberty, with a noisy breast pump attached to my bosom, before heading to a Soho pub. I guess I wanted to be seen as one of those mums who just happened to have a baby. “Oh what me? Yeah, I have a baby. But I’m TOTALLY the same person as I was before.”

Except I wasn’t. Because alongside being branded as MUM by the world around us, something inside us changes too. And I don’t just mean the fact that our Boots Advantage Card gets a boost from all the nappies, Sudocem and wipes we’re buying. Or that we go from BugaWHO to Bugaboo. Something shifts and we see the world in a different way. For me, it suddenly seemed a terrible place where awful things happened every day and I feared for my child being brought up in that world. I already worried about my child being bullied when she went to school and I panicked about her growing up to be an unpleasant child who picked on others. For a good 18 months after having my daughter, I couldn’t even watch films or TV programmes where bad things happened – I avoided the news for months and I’ve missed out on watching the entire run of Luther because as a new mum, I just couldn’t handle people killing people!

I also distinctly remember becoming a nicer person after having my daughter. I was more thoughtful and considerate to others, holding doors open for people, moving to one side in a busy shop to allow people past, flashing the lights in my car to let another driver through before me. I guess, subconsciously, I wanted to help make the world a nicer place for my daughter to grow up in.

But despite all of this, to begin with, I didn’t like being branded MUM. And to be honest, nearly five years on, it’s still something I struggle with. My identity has altered forever. I find myself calling and texting people and introducing myself as someone’s mum. My social life is less Soho pubs and more family BBQ at a friend’s house. Work-wise, I’ve gone from writing/editing features about hangovers and must-buy shoes to writing parenting features and running social media accounts for mum and baby brands.

Oh and I write a mummy blog.

But here’s the thing – I kind of hate myself for struggling with this. There’s no question that having a child is my biggest achievement in life. I created another human! I gave birth. I battled through dark days (OK months) when I had undiagnosed post natal depression and anxiety. I learned how to be a parent. My daughter is a smart, considerate, spirited child which is in-part thanks to me. I bloody rock.

So why do I struggle with ‘mum’ becoming a large part of my identity? This piece on The Pool by Lauren Laverne really struck a chord. ‘In our cultural conversation, “mum” is a diminished status, often preceded by the qualifier “just a”,’ she writes. ‘Pregnancy, birth and (most of all) post-pregnancy is horrifying. Mothers are encouraged to cling on to or reclaim their pre-children lives – to get their bodies “back” after having a baby. The best compliment you can give a pregnant woman is to tell her she looks tiny. The nicest thing you can say to a new mother is that she doesn’t look like she’s had a baby at all. If “being a woman is the ultimate insult”, it follows that being a mother isn’t too far behind.’

I think it’s time for me to embrace my mum status, to celebrate it, rather than try to sweep it under the carpet and pretend nobody notices.

Thanks to the brilliant Kiran from Mummy Says for inspiring me to write this.