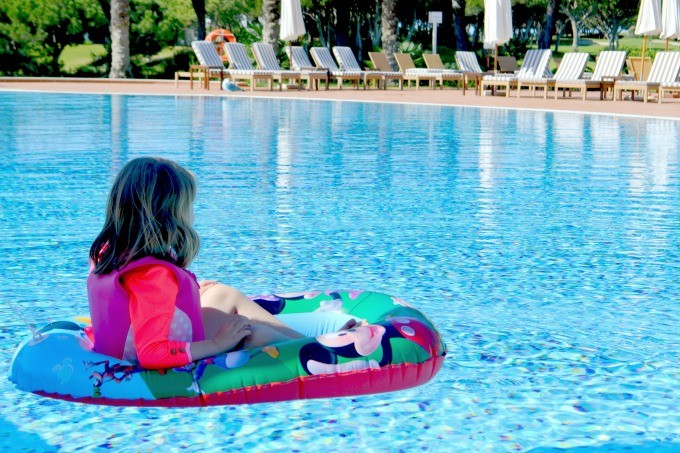 Last month, I spent a blissful week in Portugal with my family. We stayed at the Pine Cliff Resort with James Villa Holidays (you can read all about it over here) and the four year old hasn’t stopped talking about our holiday, since we got back. That’s because, as much as there was rosé wine, mojitos, relaxation and sunshine for us grown ups, there were LOADS of fun things for kids to do, too. Here are my daughter’s ten favourite things she did at Pine Cliffs Resort:

1. Splashing around in one of the four pools

There are four swimming pools at Pine Cliffs – our four-year-old’s favourite one was the small heated pool, but she also loved using her little inflatable boat on the large main pool, near the reception and bar area.

2. Playing in the playgound

This is one of the things that sets Pine Cliffs apart from other family resorts on the Algarve – the 7000m² playground area has huge pirate ships to climb and explore, swings, slides – the lot. The four-year-old wanted to play there every day and it kept her happy for a good hour or so. 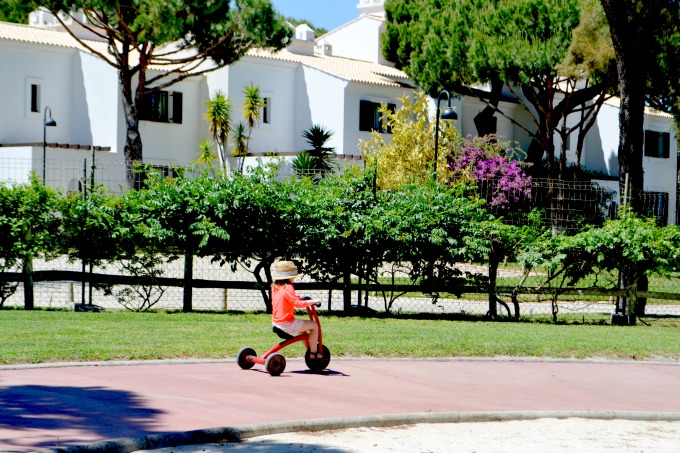 As well as the trike track in the playground (the four-year-old had so much fun whizzing around the track and racing other kids) you can also hire bikes and trailers for a cycle around the resort or further afield, if you’re braver.

4. Bouncing on the bouncy castle and slide

Also in the playground is a bouncy castle – now they are one of the four-year-old’s actually favourite things ever and she usually just sees them at summer fairs and parties (when I tell her she can only have one go because it costs money!) so her face was a picture when she realised she could go on this bouncy castle as many times as she liked – all week! 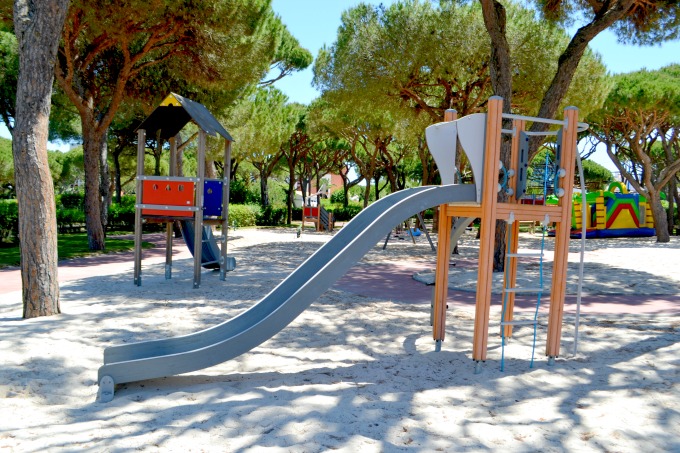 Housed in one of the pirate ships and around the play area, the Porto Pirata kids’ club looked ace. The four-year-old didn’t go to any sessions but we had a good look around, and knew she would have loved it. Top marks to Pine Cliffs for their offer where you get three hours free at the kids’ club if you book two treatments at the spa!

There are five tennis courts in the Annabel Croft Tennis Academy at Pine Cliffs Resort, and your little ones can have tennis lessons or just hit a ball around for a while, if that’s more their thing! 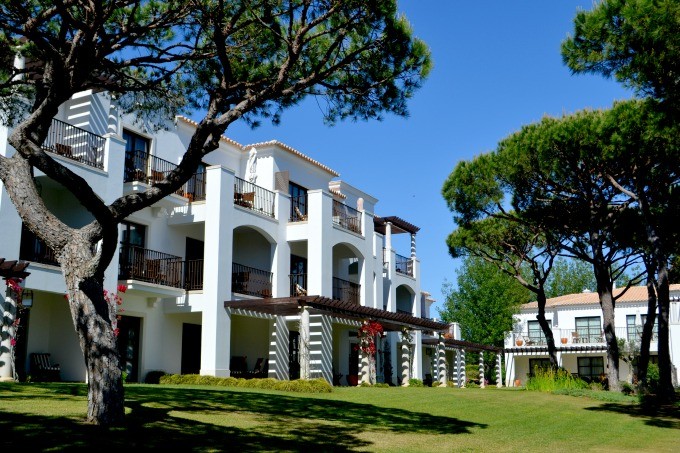 7. Running around on the grassy hills

When I asked the four-year-old what was her absolute favourite thing to do on holiday, she surprised me by saying “running around on the grass” (it’s funny, isn’t it, the things that leave a lasting impression on little ones!). Outside our villa were three terraces which led onto a large grassy area – she had a ball running around, while we read and watched her, from the terrace.

8. Jumping over waves in the sea

The beach is a ten minute walk (longer if you have small children with you!) from the resort but it’s worth it – as well as the Beach Club which serves amazing sardines – there’s a long stretch of sand and when we were there, gentle waves to jump over with the four-year-old. 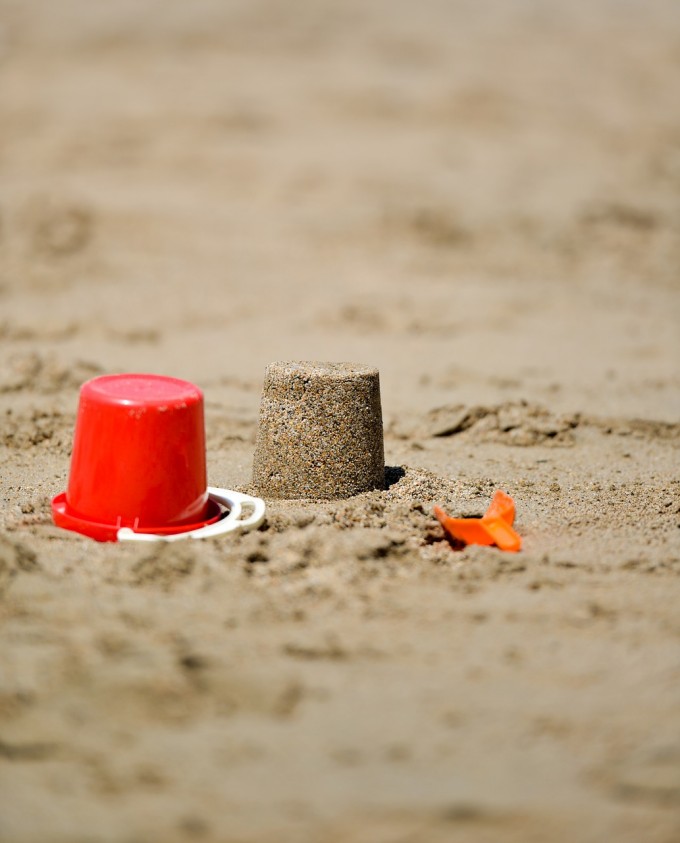 9. Building sandcastles on the beach

Once we’d had enough of leaping over the waves, we spent a while building sandcastles on the beach. My job was to collect shells and the four-year-old pretended to be our “boss”, telling us where to put them!

Next to the Porto Pirata playground is an 18 hole mini golf course. We played a round of mini golf on our last day at Pine Cliffs and I think we managed to do two holes properly before the four-year-old decided it was easier to throw her ball towards the hole.

We had such an incredible week at Pine Cliff Resorts with James Villas Holidays. I can’t recommend it enough, if you’re looking to book a family holiday this summer.

• We travelled to Pine Cliffs resort near Albufeira, Portugal with James Villa Holidays for the purpose of this review. A 7 night stay there in 2015, room only, starts from £1451. The transfer from Faro airport is 40 minutes and we booked flights with Monarch who have some brilliantly affordable fares and great service.