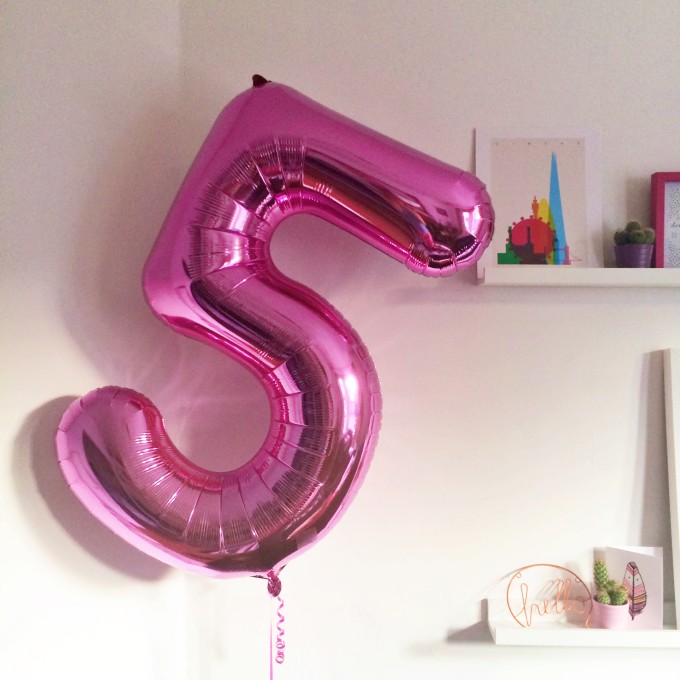 You know when something seems like it’ll be really easy and manageable in your head. And in reality, it ends up being a shedload of work and a bit stressful? That’s what happened really, with the five-year-old’s birthday party.

The plan was simple: hire a church hall, hire a bouncy castle, do a few activities like nail painting and biscuit decorating, give them all some sandwiches and crisps, job done.

I’ll admit, I totally under-estimated how much work it would be, and I have a new-found respect for people who plan events for a living. But, that said, the five-year-old had a whale of a time, and hopefully *fingers crossed* all of the 34 kids who came (I know, 34, I must be mad, right?) had fun too. 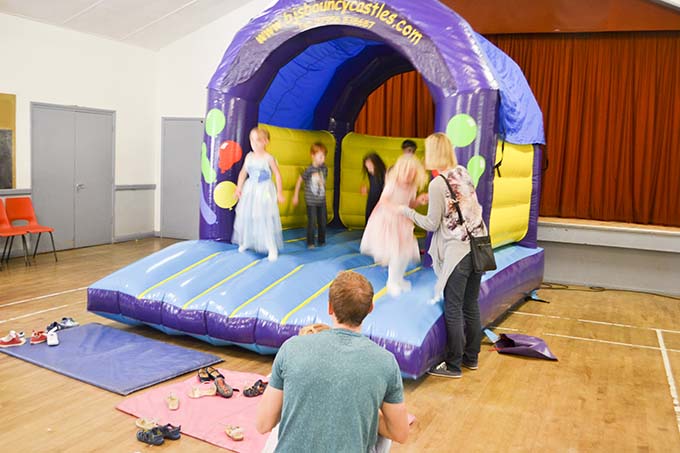 The activities were all based on the things that the five-year-old LOVES to do. We had a bouncy castle which was very quickly packed with red, sweaty, smiling children. 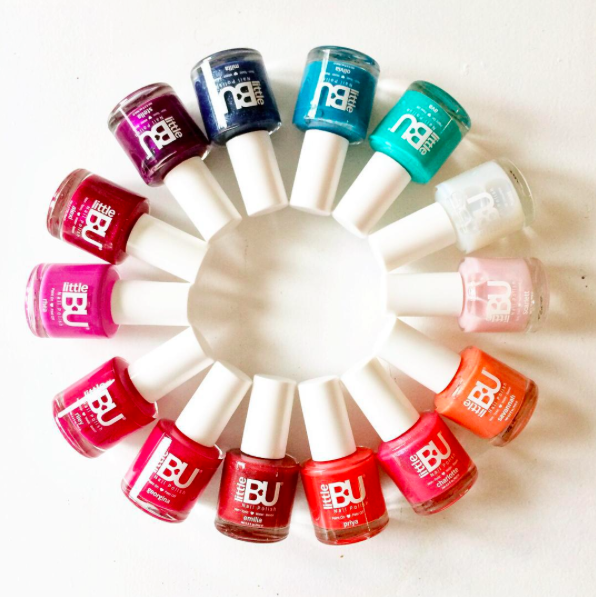 We had a nail bar where the kids could have Little Bu nail polish applied. Little Bu is brilliant because the polishes are non toxic, odourless and either washes or peels off. 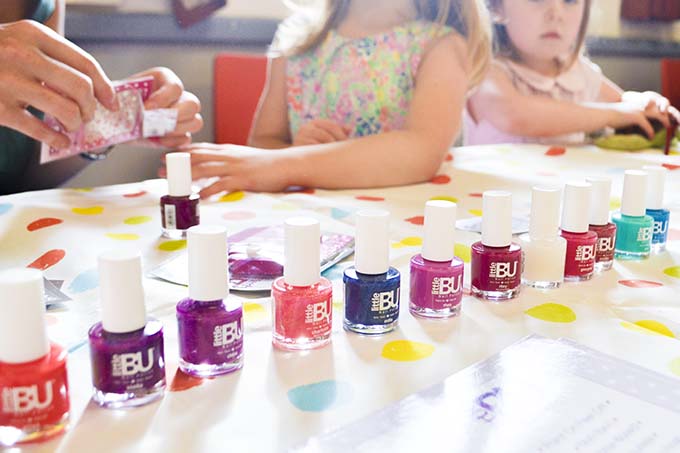 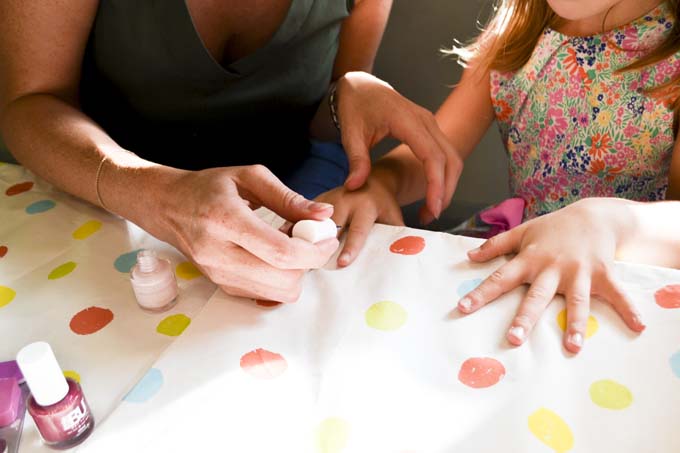 The queue for the nail bar was long and filled with patient little people – brilliantly quite a few boys wanted their nails painted too, and I have it on good authority that the most popular colour with everyone was a deep pinky-red shade! We also had some of the cute nail stickers from Little Bu which were applied once the polish was dry. Big up to my friend Kim who was the super duper nail technician for the afternoon! She deserved a wine that evening.

We also had a tattoo parlour, with some amazing circus-themed temporary tattoos from Tattyoo – I’ve never used them before, and was really impressed with how well each tattoo came out. My friend Katie was the tattoo artist for the afternoon, and after the first few, cleverly cottoned on to the fact that these kids would be going to school the next day, so started to do the tatts on the kids’ upper arms, so they’d be covered by their school uniform. 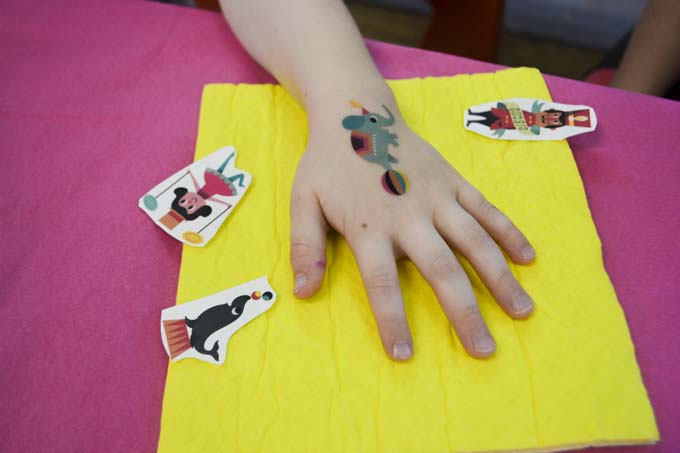 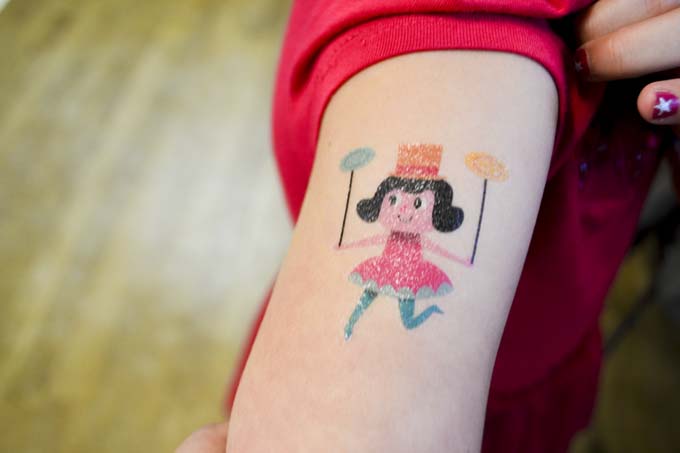 The last activity was biscuit-decorating, and we used some amazing kits from BKD. I’ve written about BKD a few times – as well as selling biscuit kits and new baking kits, they run classes in London where you can decorate cupcakes and biscuits. 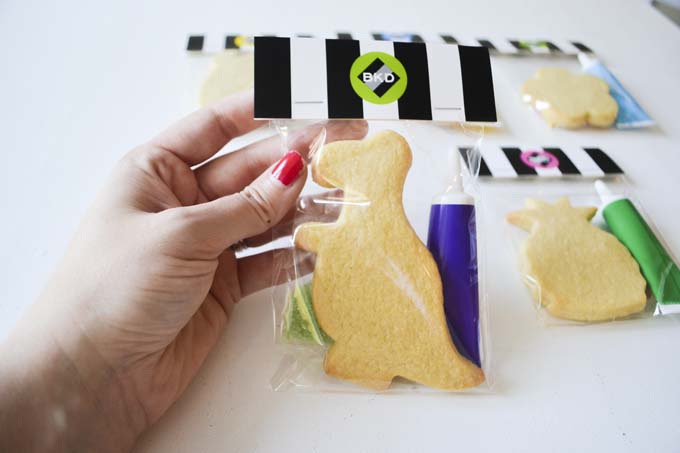 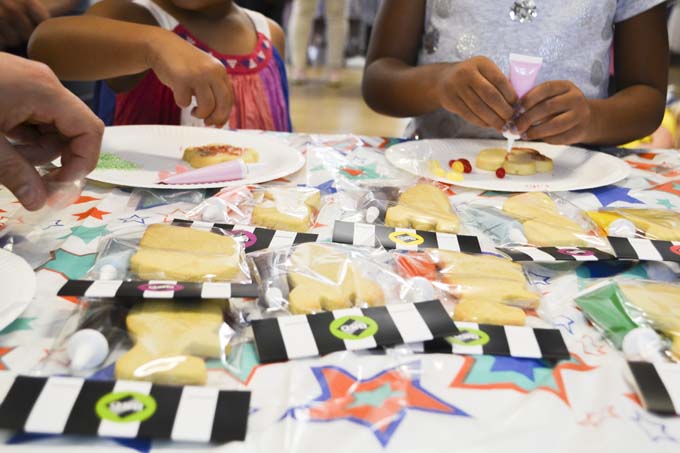 The BKD biscuit decorating kits were perfect, as each child had one biscuit (a choice between lots of shapes like dinosaurs, flowers, stars and rocket ships) plus a little icing pen and a packet of sprinkles. My mum was on biscuit bar duty and did an amazing job at helping all the kids get arty.

When it came to the party food, we kept it simple with cheese sandwiches, Nutella sandwiches, and a mix of cucumber, carrot and grapes with party ring biscuits and Hula Hoops snacks. We had ace party plates from Hema, pink cups from John Lewis and yellow napkins and circus-themed paper straws from Party Kitsch. 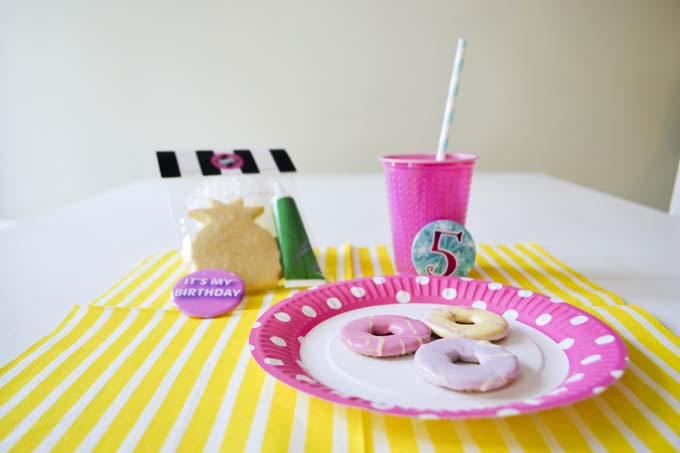 After a game of pass the parcel, blowing the candles out and singing Happy Birthday, it was all over and we handed out a book to each party guest, along with a slice of cake and their decorated BKD biscuit.

And then we collapsed into a bottle of prosecco. Next year, I’ve told the five-year-old she can choose five friends to take out for pizza!

I still can’t quite believe I’m the mum of a five-year-old. It’s a cliché but the past five years have flown by, but equally, it feels like forever and I can’t really remember what life was like before I was a mum. (What did I do with all that time I had?)