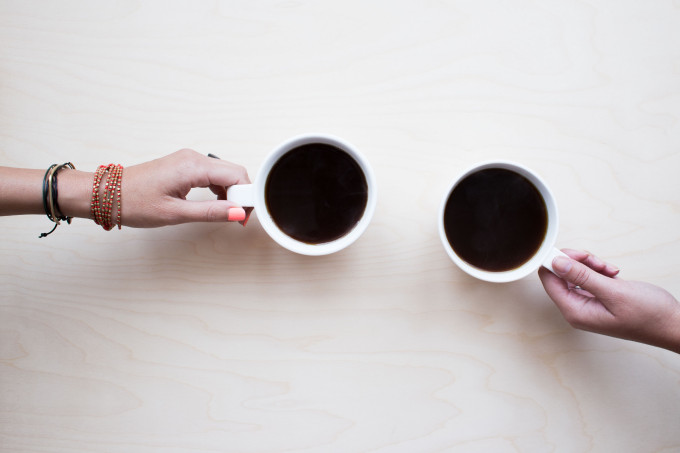 This morning, I dropped my daughter off at school. It was a bright sunny, autumnal morning, and we chatted about buying her some new gloves to keep her hands warm. She skipped off happily towards her classroom. On the way back from dropping her off, I was fighting tears and by the time I got home, all I could do was collapse onto the sofa and lie there, sobbing for 20 minutes.

I didn’t feel particularly unhappy about anything, and nothing had happened to upset me. I just had this overwhelming need to cry.

If I’m honest, this happens to me a lot. I’ve spoken before about how I battle with hormones and how I didn’t realise I had post-natal depression until two years after the event. But after reading so many articles and blog posts surrounding World Mental Health Day, last week, I want to talk about my experiences some more.

I’m no expert, but I suspect that mental health isn’t something which you clearly fit into one of two categories: Good mental health or bad mental health. Like a lot of things, I suspect it has a sliding scale and we all sit somewhere along that line, sometimes sliding down a little and sometimes climbing back up.

80% of the time, I’m happy as happy can be. I feel motivated about work, excited about new opportunities, I love hanging out with my family and catching up with friends. 20% of the time, I feel low and anxious and tearful. I now recognise a pattern where I crumble a bit when under stress – when I look back on periods of my life when I was having a hard time at work, or feeling the weight of mum-guilt, or coping with big changes, I can see that I’d have a huge wobble and spend a lot of the time feeling like I wanted to cry.

So it’s no surprise that I’ve been feeling a bit loopy recently – in early September, three things happened in the space of a few days. The (now) five-year-old started school, Mr P started a new job which entails him being out of the house for 15 hours a day and our cat died. OK, so we were doing a long-term cat sit for my friend, but we’d had her for six months, and the grief I felt in the days after she died was pretty overwhelming. That, combined with being thrown into the fast-paced world of being a school mum, where you need to think on your feet and be one step ahead at all times, plus supporting Mr P through a big job change, resulted in me spending a large portion of last month feeling fragile and like I was massively failing at life.

This isn’t a sob story, though.

I think it’s important that we all talk about mental health more. If I’d spent the best part of the last month with a massive headache or a broken toe, I’d have mentioned it on Facebook and possibly on the blog. But when there’s something wrong with your brain, most people are reluctant to talk about it. It’s getting better, but there is still a stigma surrounding mental health issues. I feel it now – I’m writing this and in the back of my head, there’s a small voice saying “People will judge you. You’ll be that person.” But I’m ignoring that voice. It’s important we talk about this.

Because there are so many people, going about their daily lives, feeling like this. We put a brave face on and smile when we meet people in the street. We catch up with friends over a wine, and when they ask how we’ve been, we say “Oh fine!” rather than telling them the truth. We get so caught up in the routine of life: putting the bins out, ironing the school uniform, meeting deadlines, having meetings, that we don’t pay enough attention to how to make ourselves feel better.

This morning, after my 20 minute blub-fest, I picked myself up and had this conversation with myself:

Me: “Right, what would make you feel better?”

Me: “Fresh air, exercise, getting stuff done around the house.”

Me: “Well then, put a load of laundry in the washing machine, pack your gym kit and go to the gym.”

So I did. And I felt a lot better for it. Later, I still had a mini-cry as I left Mothercare, after the lady at the till was super kind and chatty to me when I returned some navy school tights. But it set my day off on a much happier path. 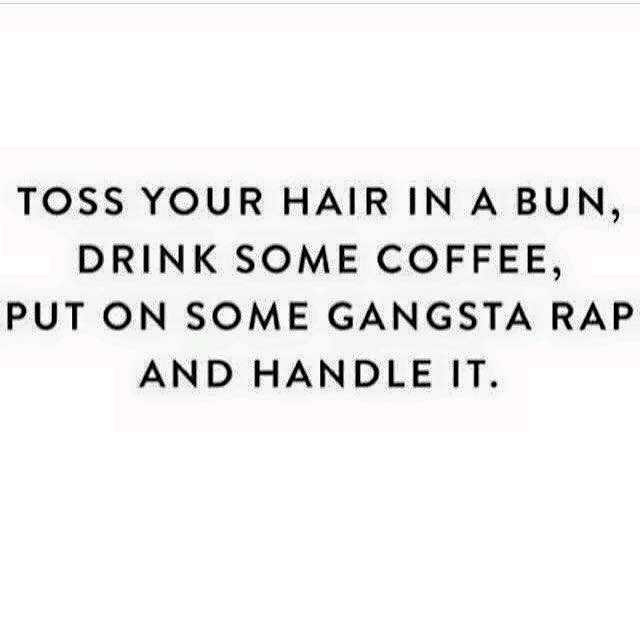 Do I suffer from depression? I don’t think so. Most of the time I feel fine, but there are large pockets of my weeks and months where I just feel like I’m not coping. Life feels too hard. And all I want to do is hide under my duvet and switch off my phone. Making dinner or emptying the dishwasher feel like unachievable tasks. (Flashback to one night, last month, when Mr P came home from work to find a mascara-streaked wife on the sofa, eating biscuits for tea.)

I know that my issues are linked to hormones, and I’ve started taking medication to balance them out, but it still all feels like hard work, a lot of the time.

It would be great if the stigma surrounding mental health could be shattered. I know a lot of amazing people who suffer from mental health problems – many of them talk about it openly, but we need more people need to admit they’re struggling. We can offer each other support and advice.