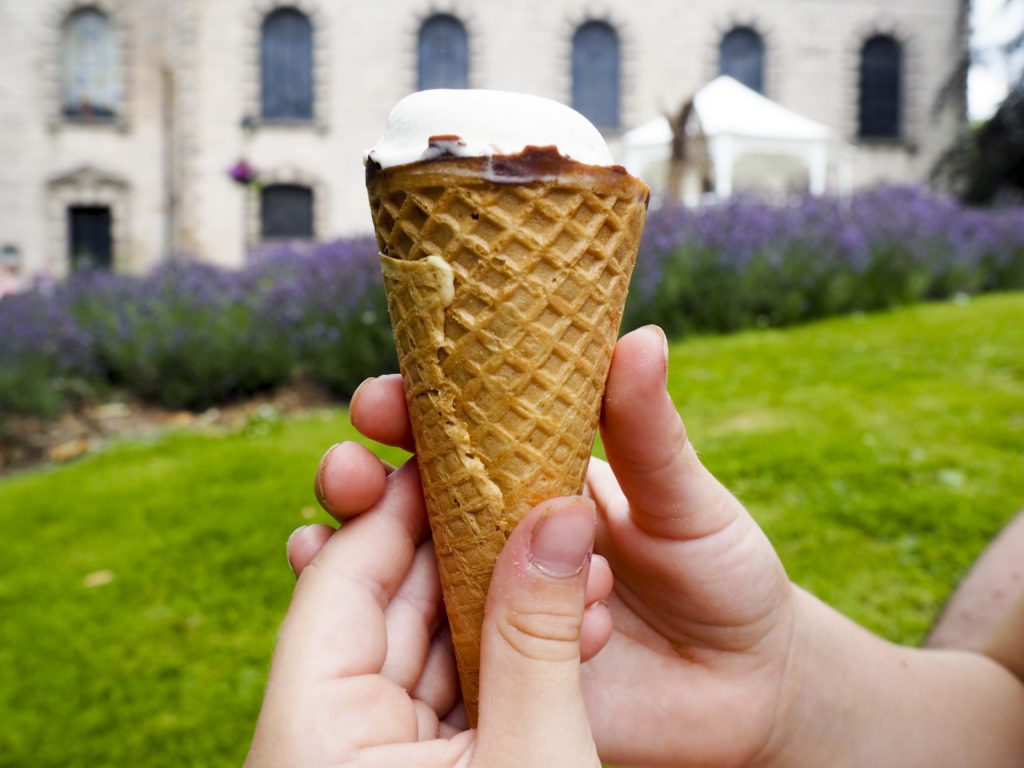 “Are we nearly there yet?” and “Mummy! What can I do?” are familiar cries from the back of the car, when we’re on a long drive. It can be a challenge to keep small people entertained and happy when you’re driving, right? We can go through 12 games of I Spy, counting yellow cars and a One Direction sing-a-long, yet still hear “I’m boooored!” bellowing from the back seat.

So a couple of weeks ago, when the five-year-old was only one day into her school summer holidays, we whisked her off on her first adventure of many, with a firm plan in place: To get the train to Birmingham with the Virgin Trains Family Ticket, to see if we found it easier than our usual mode of transport – our car. 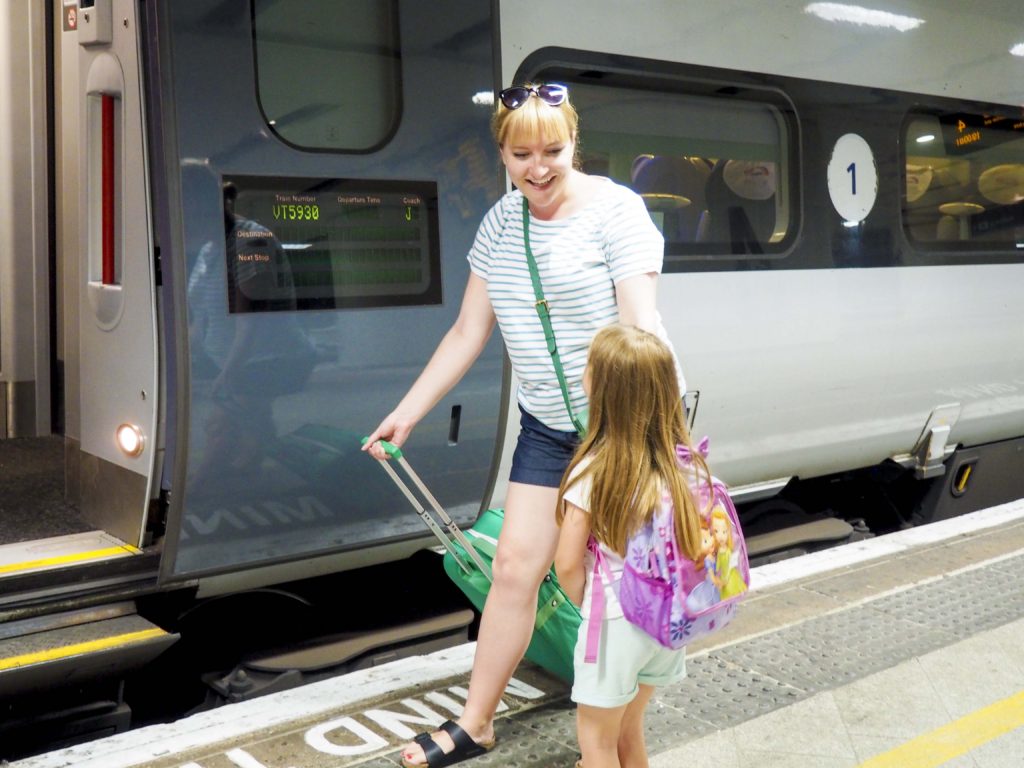 We boarded the train at London Euston, on one of the hottest days of the year. Our first impression was how BLISSFUL it was to step onto the air-conditioned Virgin train! We’d bought a picnic to eat onboard, so of course the five-year-old wanted to eat it straight away. She munched sausage rolls and crisps, as we cooled off and watched North London speed past the windows.

Having a table seat meant we could sit and chat, help the five year old with her colouring and do some word searches together – in the car we would have been all facing towards the front of the car and unless one of us sits in the back seat with her, unable to colour or do anything together with ease. 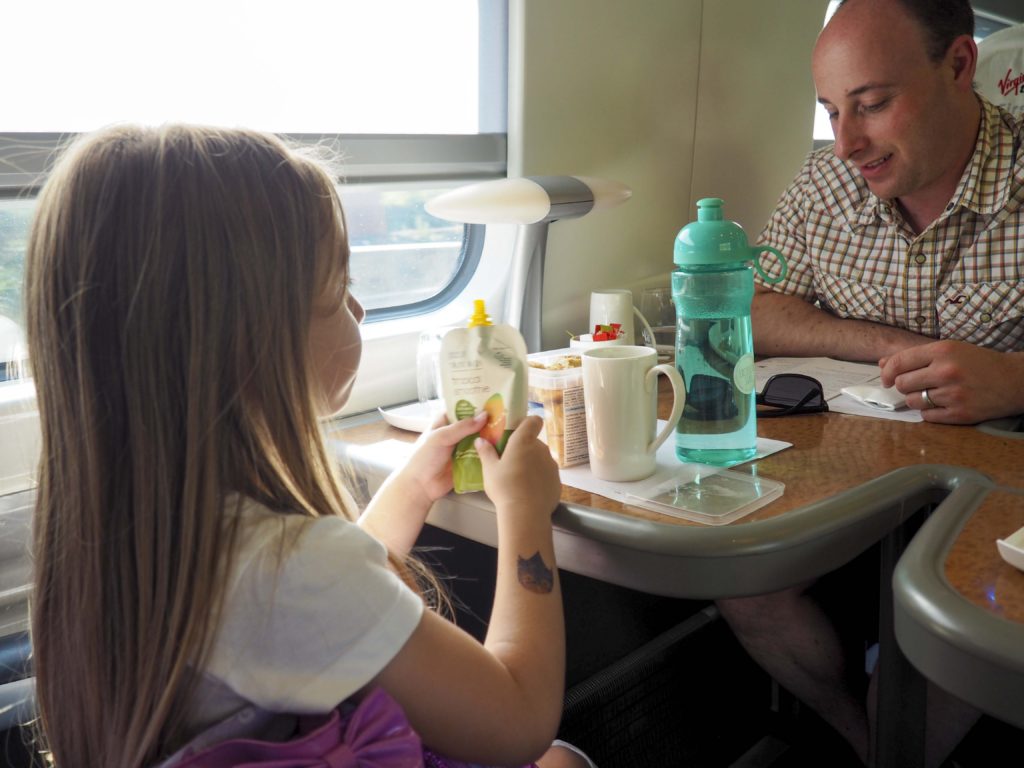 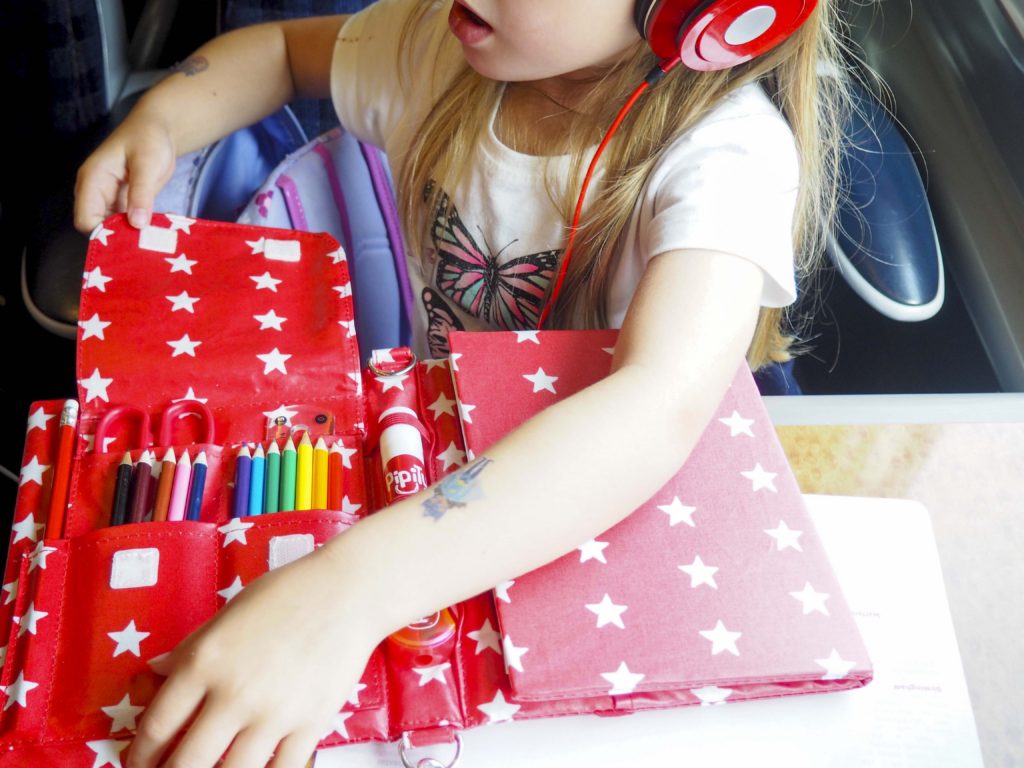 After a while, the five-year-old wanted to watch some TV on the iPad and using the nifty Virgin Trains onboard entertainment app BEAM, she was able to watch Despicable Me 2. Which gave us some quiet time to read the paper and have a drink. Another moment of “Ahhh isn’t this nice?” from me and Mr P. 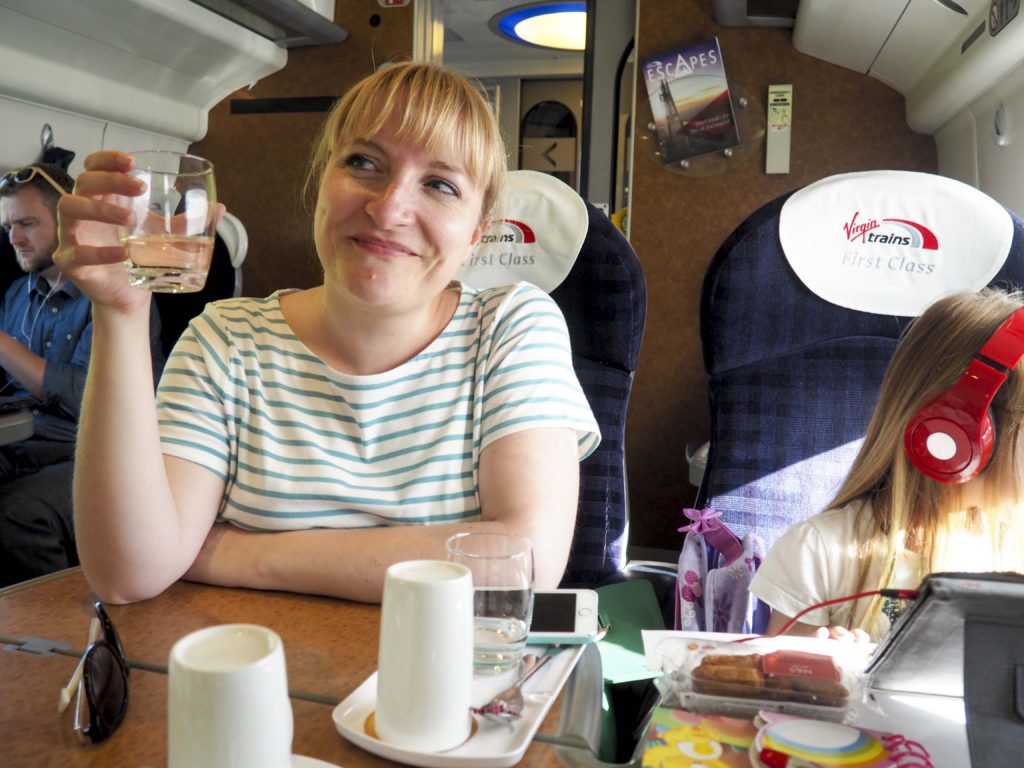 The great thing about the Virgin Trains Family Ticket is that for a fixed price, you can travel anywhere on the Virgin Trains network (as long as you’re travelling to/from London Euston with a minimum of 1 adult and 1 child, up to a maximum of 2 adults and 4 children) which means you could all go from Glasgow to London for £150 return, London to Liverpool for £90 return or London to Birmingham for £60 return. Bargain! The tickets are an open return, meaning you can jump on any train on your way back – you don’t get seat reservations with the Family Ticket, so choose an off-peak train to have more chance of being able to sit together as a family. 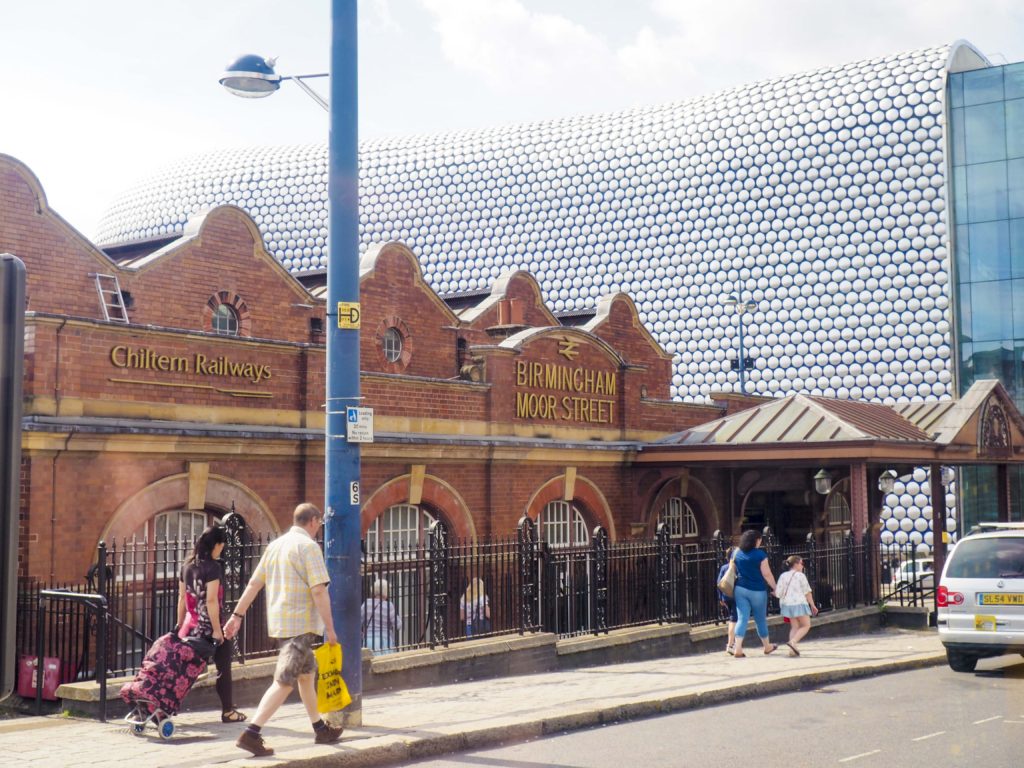 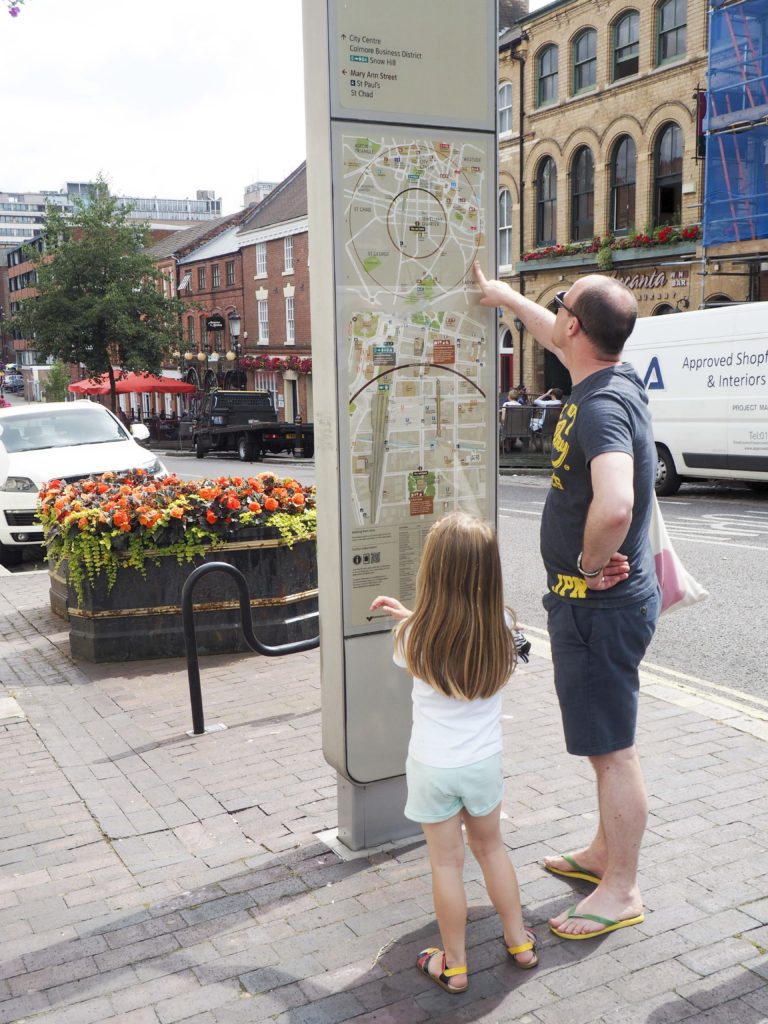 While in Birmingham, we had a really lovely day – it’s not somewhere we’ve been as a family before so we explored the city centre, and went shopping in the Bullring (the five-year-old had some pocket money to spend and she blew it all on Shopkins) before heading to the Jewellery Quarter to meet a friend for brunch. 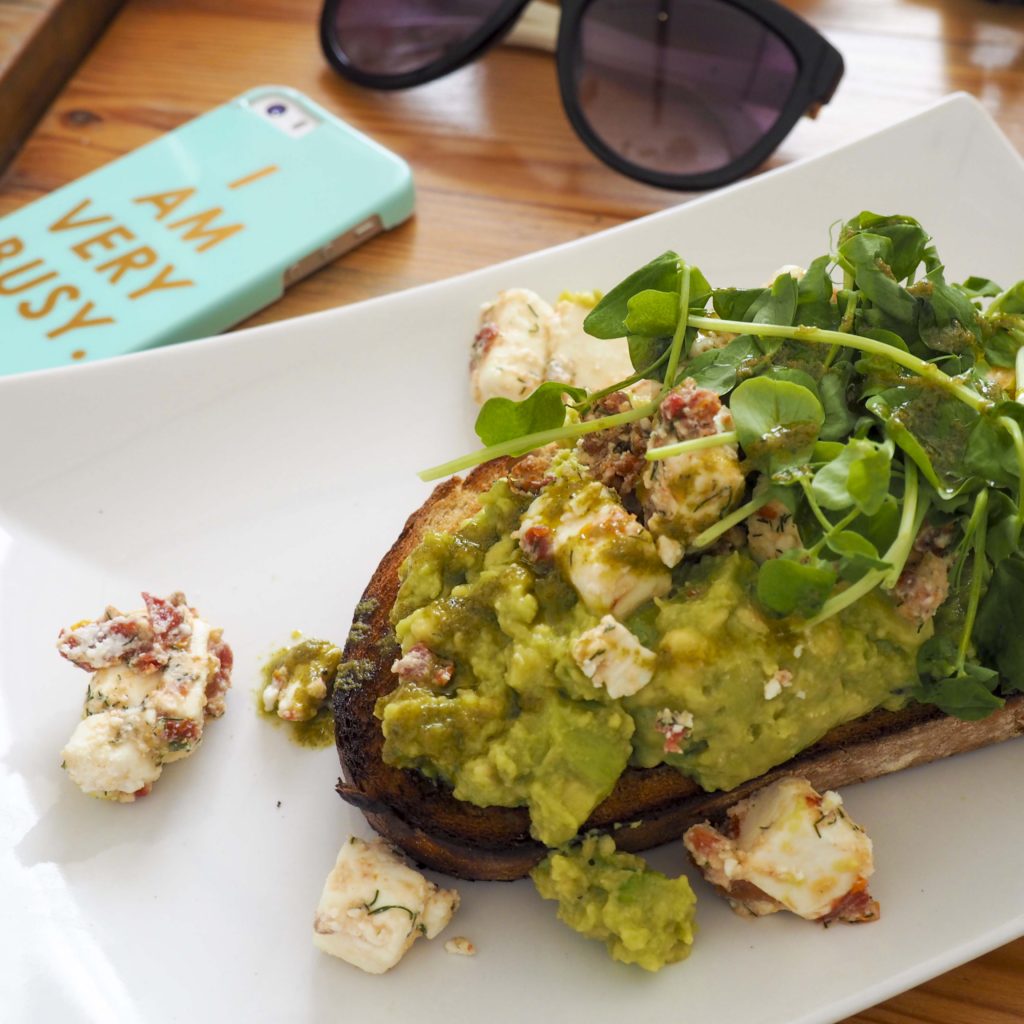 Afterwards, we meandered through some streets and found ourselves in St Paul’s Square, where a band was playing in the bandstand and lots of locals were sitting on the grass, soaking up the sun. It was fab! We had originally planned to head to Thinktank, the science museum, but decided to buy ice creams and sit in the square instead. 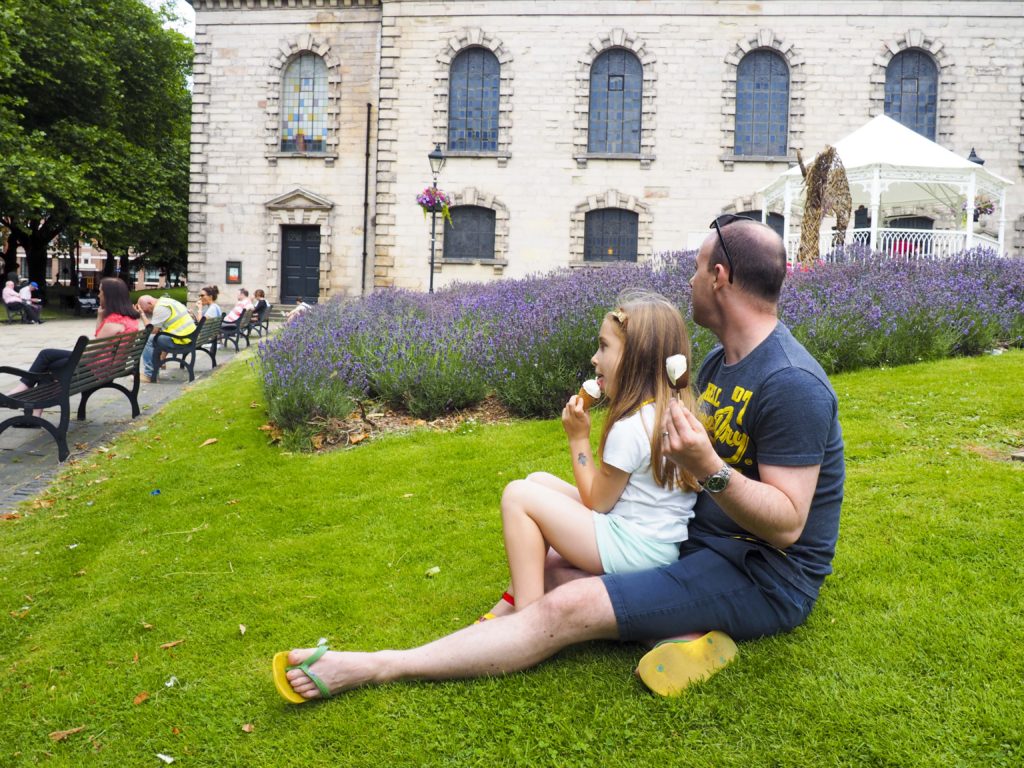 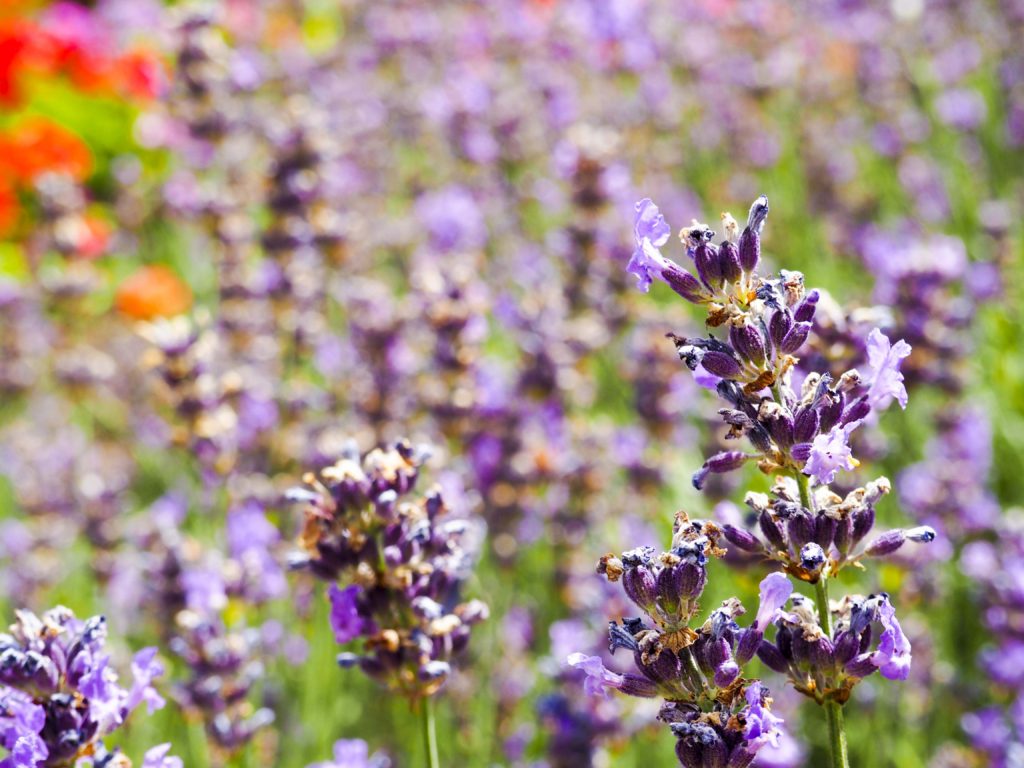 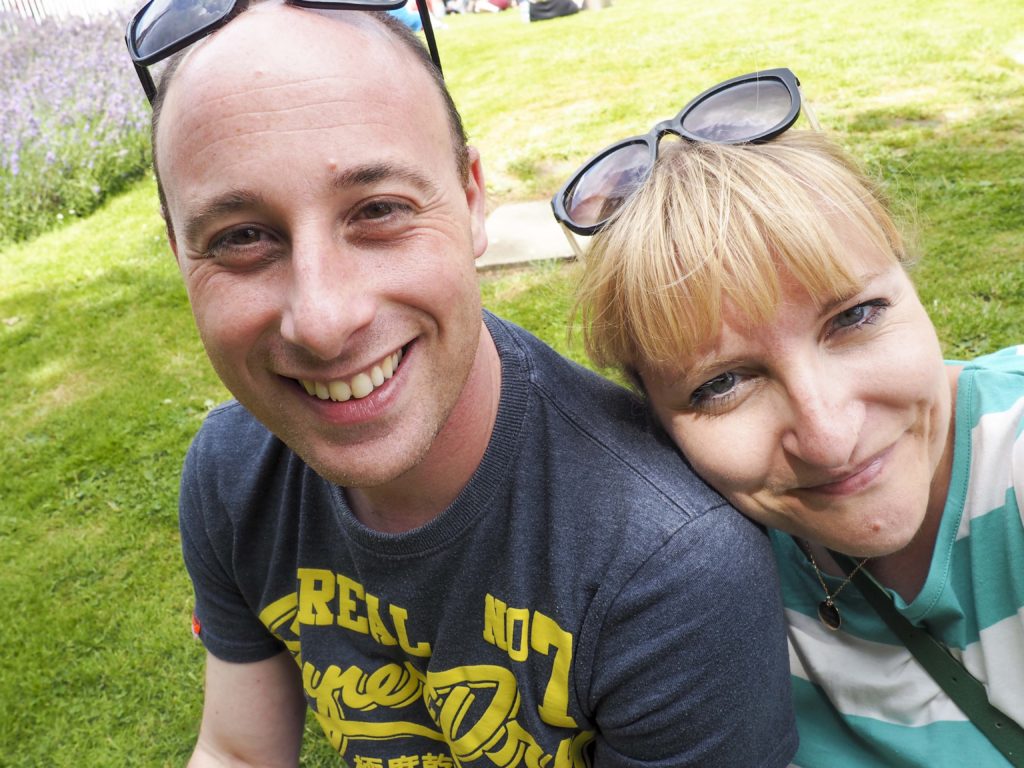 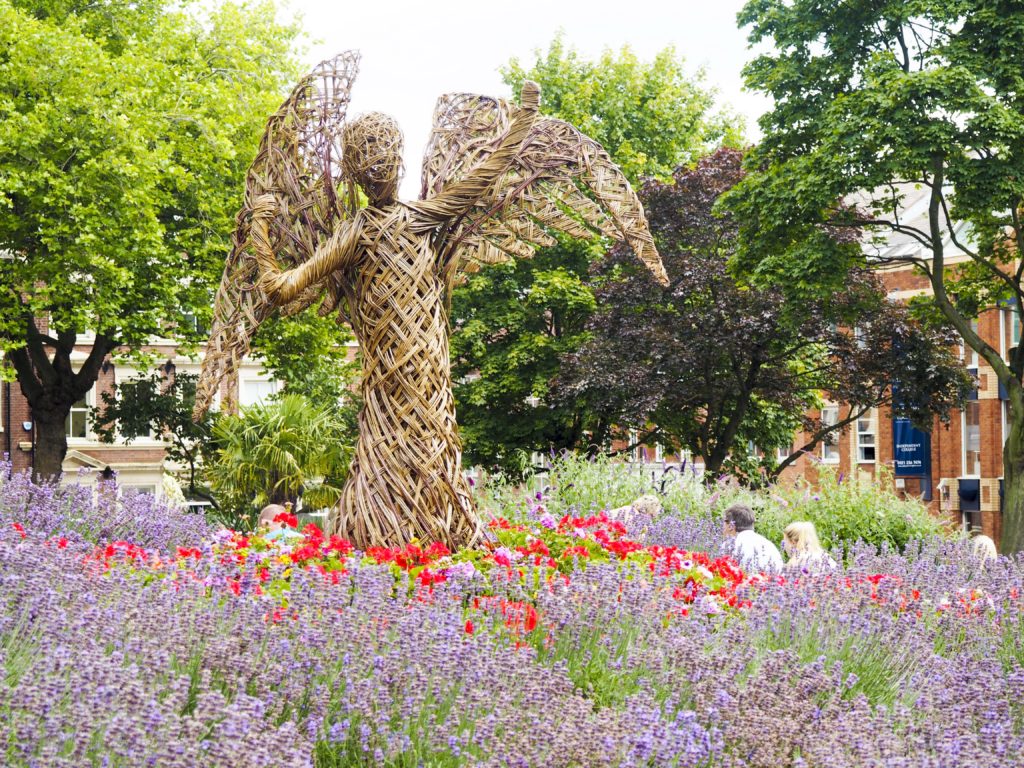 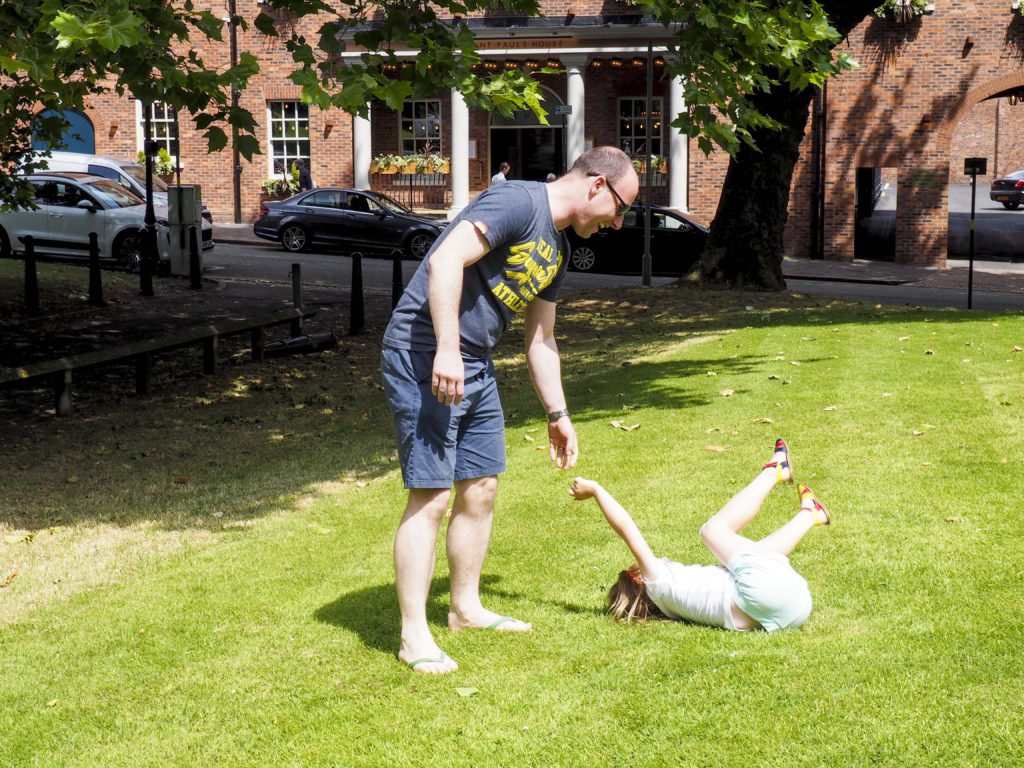 Soon, it was time to head for our train home, so we wandered along the canals to the city centre again, giving the five year old a lesson in how locks work, as we went. (Her face, when she realised how boats go uphill, was a picture!) 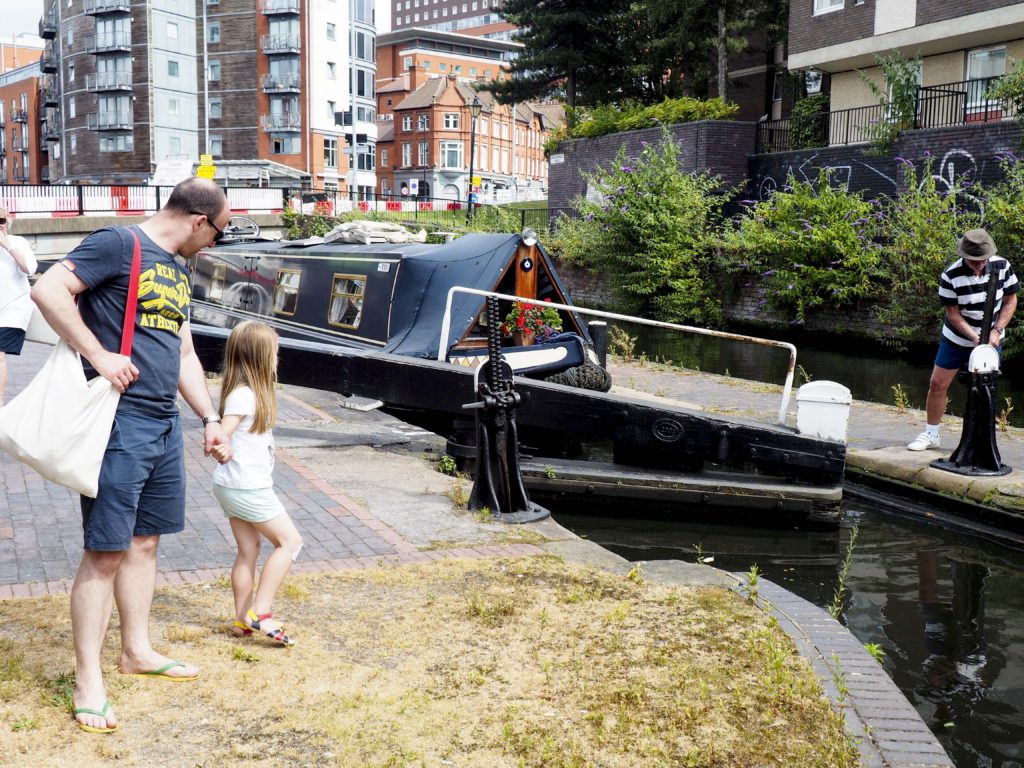 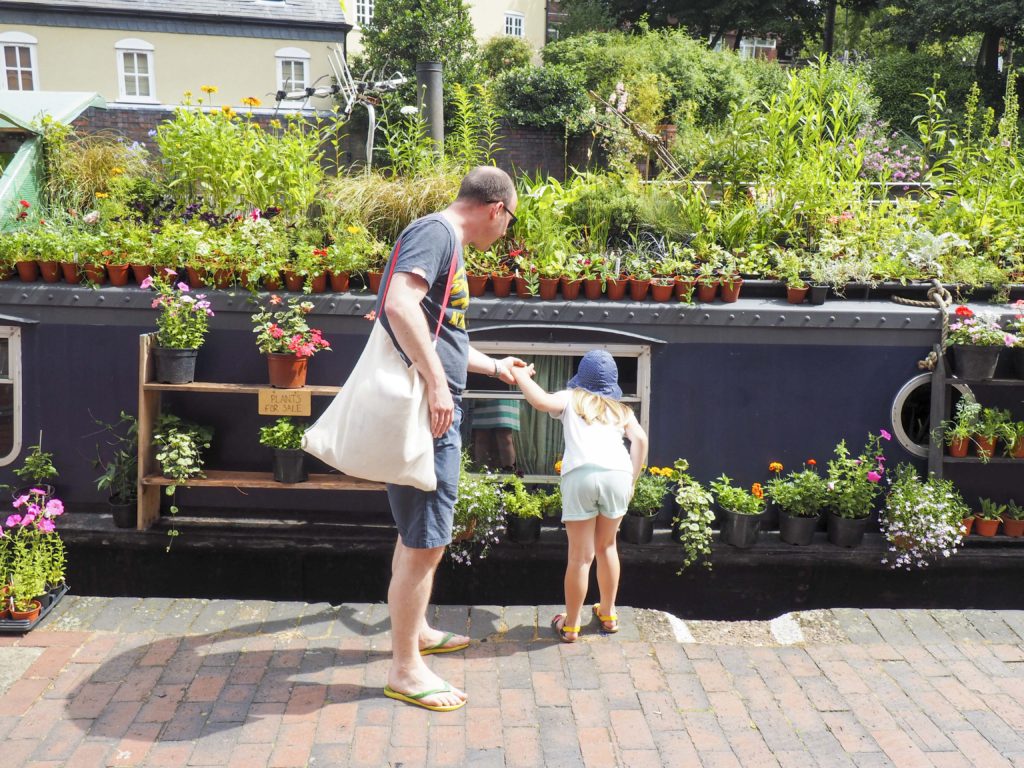 The journey back on the Virgin Trains service from Birmingham New Street to London Euston was just as good as our outward journey. The five-year-old played with her new Shopkins toys, I ate a salad and had a cheeky G&T from the bar, while Mr P listened to some music on his iPhone. We were all tired from our fun day, and it was great that all three of us got to chill out on the train, rather than one of us having to drive and concentrate on the road. There were no traffic jams to deal with, no loo stops to make, just 90 minutes of family time. 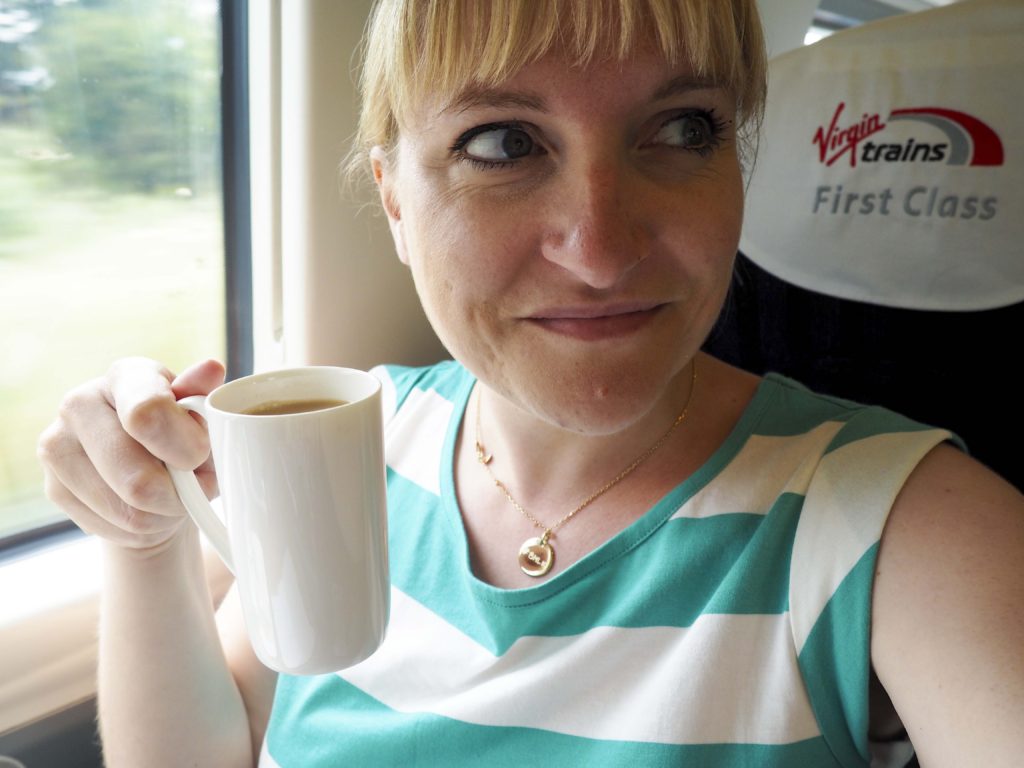 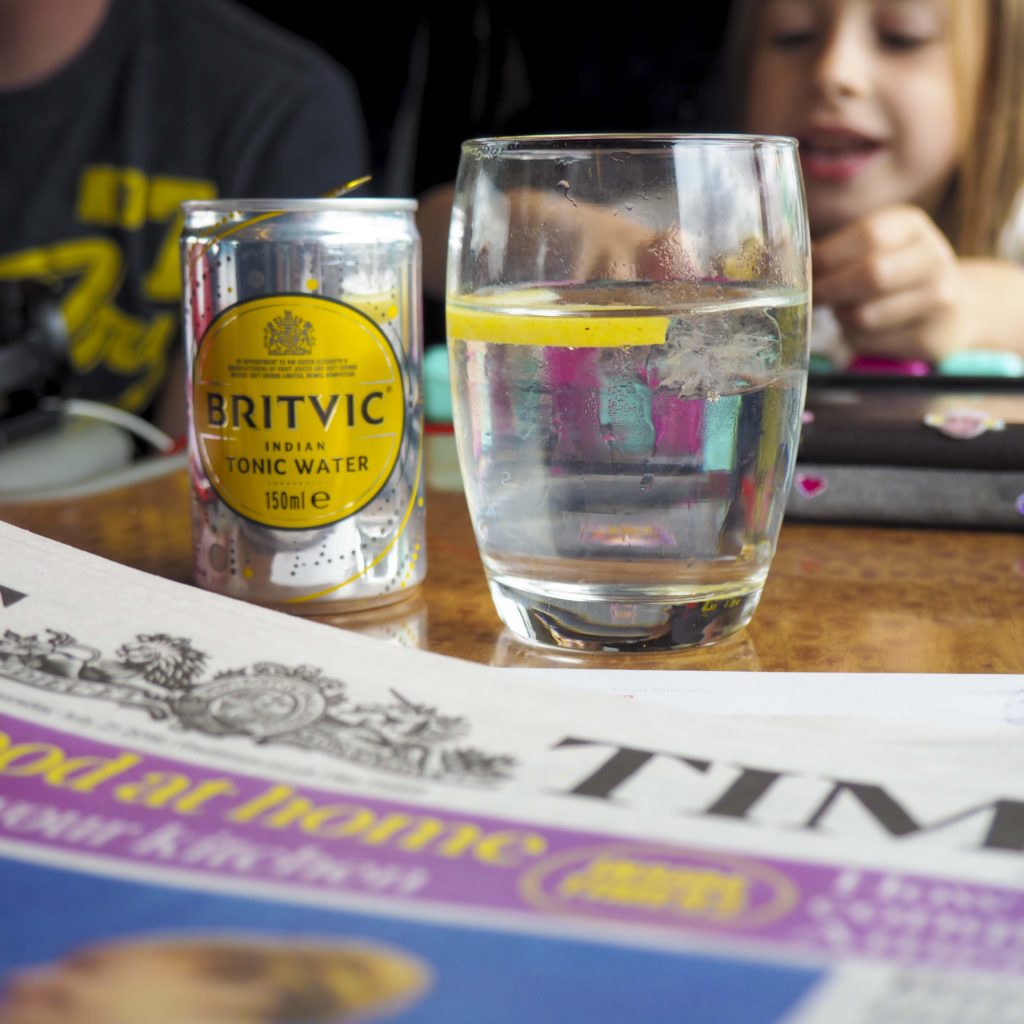 So what was our verdict? As you can tell, we were genuinely impressed with how easy it was to get from London to Birmingham by train, and we enjoyed both journeys, rather than feeling like we were just getting from A to B in the car. We’ll definitely be heading back to Birmingham – it was the perfect place to kick off our summer holidays, with some family fun!

This post has been commissioned by Virgin Trains and as always, all views are my own. For details of how I work with brands, see my Work With Me page.