Back in November 2010, the best way to get my then-two month old daughter to sleep in the car was play music. She was too young to know what we were playing (unlike now, when she demands The Grand Old Duke Of York and The Hokey Cokey) so I’d usually stick my Rihanna album on as I drove. Even though she was too young to understand what her mummy was singing along too, it did feel slightly weird to be listening to lyrics like “Sex in the air, I don’t care, I love the smell of it”.

And when you think about it, there are lots of pop songs that aren’t exactly ideal for kids to listen to. Whether that bothers you or not, is a different matter, of course. Two women who wanted to do something about it are mum of three, Barbara Bishop and mum of two, Fiona Case. Together, they launched Zeamu Music, a record company that produces music with lyrics written especially for children. And the music is actually bloomin’ good. So, here, in the next of my Twelve Mums Of Christmas series, I chat to Barbara and Fiona. But first, let’s listen to one of their tracks…

Barbara, tell me about the album and what inspired you to make it…

Barbara: “Music can be such a powerful way to connect with people.  There isn’t any music that relates to young children’s lives. So about a year ago, I was inspired by the idea of starting a music company – I felt that there was a demand for pop music that was written specifically for younger kids; covering topics that affect them but with the familiar pop music sound they’re beginning to get into around the age of four or five. I approached two longtime friends, Fiona and Simon Case, with the idea and the rest is history!”

Are there any pop song lyrics you remember feeling particularly unhappy about your children listening to?

Fiona: “It’s not so much about being unhappy with mainstream pop or being particularly horrified by one song. Children will always want to listen to pop music and to try and stop them would be both counterproductive and unrealistic.

How did you feel when your children started asking questions about certain lyrics? And what did you say to them?

Fiona: “We normally make a joke about it and try not to put too much emphasis on the actual meaning of a song. A classic was telling my kids that the Kings Of Leon song was ‘my socks are on fire’!”

Barbara: “Children only really start to ask questions about the lyrics once they really start to try and connect with a song. Up until about four or five, it’s just sound. But once they do start asking about lyrics, it’s really up to the parents what they want to tell their kids.”

How did you go about creating the album? What was your first step?

Barbara: “It was incredible collaborative effort. We have an amazing executive producer, Natalie Barowitz, who has been in the music business for years. She guided us through the process and approached a number of incredible musicians and producers who have worked with the likes of Damon Albarn, Beth Orton, Keith Levene of The Clash, Noel Gallagher, Sugababes and Bloc Party to name a few.” 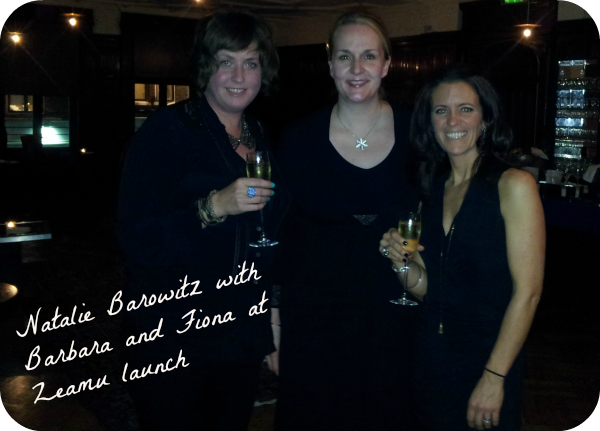 Take me through the process of making the album.

Fiona: “We sent brief out to some producers, they then all went off and started to make some demos. Once all the demos were collected, we sat in a room in Soho and listened to about 20 tracks. We then had to narrow it down to 14 for the album and decide what kind of vocal we wanted on it – younger or older child, boy or girl etc.

Barbara: “Then everyone went off and recorded the vocals over the tracks and started to mix them properly. Some tracks had 4 or 5 different stages before we were all happy with them.”

Fiona: “Once the tracks had all been agreed and signed off, we then gave it to two wonderful producers, Jonas & Casper, who mixed all the tracks together so they had a similar sound quality and feel, before handing it over for the album to be mastered. At the same time, my husband Si designed the album cover and the booklet with all the lyrics in it, to fit in with our website look and feel.”

Wow, so how long did it take from initial concept to finished album?

Barbara: “We set up the company in February this year when we first had the idea. Then it was all hands on deck, making the album, pressing it, setting up the website, designing the characters etc. so that we were ready for our launch at the beginning of November – just in time for Christmas! The album itself probably took about six months in total.

Were there any tricky moments when you thought ‘What have we started?!”

Barbara: “Too many to mention! But we were so fired up about what we were doing that we just picked ourselves up each time and battled on!

Fiona: “It was quite terrifying being interviewed on BBC Breakfast – that was definitely a point where we thought ‘What have we started’! But if we can help to define a new genre of music, then that has to be a brilliant thing!” 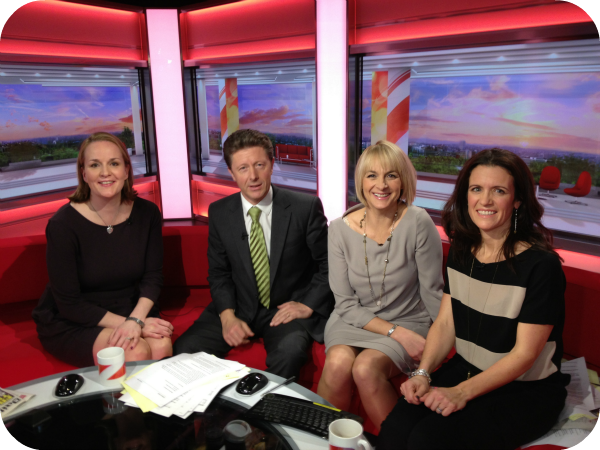 How did you feel when you had the finished album done?

Fiona: “Elated! And a few tears were shed!”

Barbara: “And a few – OK many – glasses of wine were drunk!”

I bet. Do your kids love it?

Fiona: “They have been such an integral part of this album – they were always our gauge when we listened to a demo. We would play them the track and see how they responded and reacted. They love the album. It is a car journey winner and is played all the time in the house at the weekends or when their friends come over.”

Is it an album you think parents will enjoy too – even secretly?!

Barbara: “There should be no secret… be proud to love it! It is a great album produced by some brilliant musicians. We wanted this album to be good enough for both parents and kids to enjoy listening to together. We played it to all our adult friends to see what they thought. They loved it!

Fiona: “The biggest challenge is perception. When we say “kids’ pop music” to adults, they automatically assume it won’t be any good.”

What’s next for you? More albums? Tours?

Fiona: “We are already working on the second album. We are looking into introducing more Zeamus to the family and the holy grail for us would be a kids’ music tent at the family-orientated festivals – Bestival, Latitude or The Big Chill.”

Fiona: “We love to get up on Christmas morning, open the stockings at about 6am, then once we have had breakfast, we head in to Richmond Park for a massive yomp before meeting friends in our local pub for a lunchtime tipple before the turkey. Granny loves taking us all to a panto as well! ”

Barbara: “Being Dutch, we traditionally open our presents on Christmas Eve; stockings on Christmas morning, then a long walk and lots of hanging out and watching the usual re-runs of old classics! You’ve got to love The Sound Of Music!“

• Buy Zeamu tracks, the album and t-shirts from the Zeamu website. There’s also a sing-a-long karaoke version with lyrics. Get in.