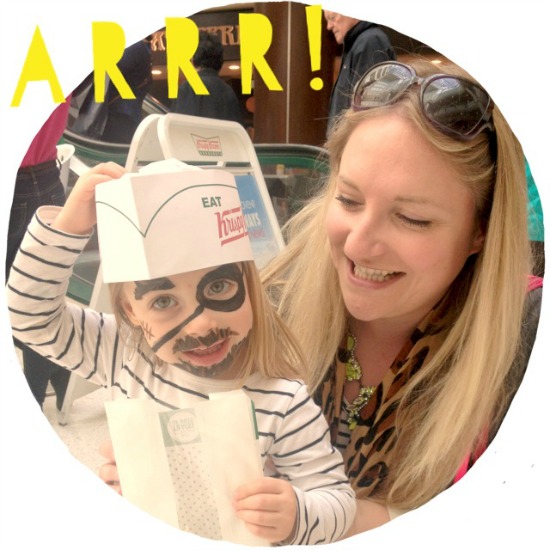 In the past few weeks, a campaign by Mumsnet to ban the organisation Bounty from NHS maternity wards has gathered pace. The #BountyMutiny petition currently has close to 20,000 signatures and Minister for Health, Dan Poulter has written to the Chief Executives of NHS Trusts to ask them to review their practices for allowing reps from private companies onto the wards when women are tired and vulnerable.

The main concern over Bounty is that it’s a commercial company which sends reps (known as Bounty ladies) into postnatal wards to sell to women who have just given birth. When you look at it, written on the page in simple form, it sounds crazy. Imagine if a commercial company approached the NHS about visiting intensive care units to sell to patients’ visiting families? It wouldn’t be allowed. Yet somehow, Bounty visiting fragile, sleep-deprived, sometimes traumatised women is deemed acceptable by the NHS. Justine Roberts, Mumsnet CEO and co-founder says: “There is a time and a place for direct sales, and it’s not on postnatal wards, hours after women have given birth.”

Back in August 2011, the NCT voiced similar concerns over Bounty and it spurred me to write a blog post on my experience with Bounty. Back then, I wrote:

“The day [my daughter] was born, I hadn’t slept for around 40 hours, my body was being ravaged by hormones that meant I’d cry if I dropped a slice of toast on the floor… I guess you could say I wasn’t ‘of sane mind’. The Bounty lady arriving in my ward was the first I knew of such a practice taking place – no midwife had explained we’d be visited by someone – and with a big smile she handed over my Bounty pack, offered to take a photo of my baby, and asked for my details. I blurted out my name and address like a robot whose ‘name and address’ button had been pressed, and when she asked if I’d mind my details being passed onto other parenting brands, I said I didn’t mind.

I’m usually very wary of giving my details over to companies, and always tick the box that says ‘don’t share my details with other companies’ so an hour or so later, I felt annoyed with myself for what had happened.”

Looking at the response that the Mumsnet petition has had, I’m clearly not the only one who has felt blind-sided by Bounty just hours after giving birth. Bloggers have shared their own experiences of Bounty and stories of Bounty reps reportedly using underhand tactics have been in the press. But interestingly, in the last few days, a few parent bloggers have written blog posts supporting Bounty and criticising the #BountyMutiny campaign. They feel passionately that Bounty should continue to have access to new mums in hospital, and have started a petition against the #BountyMutiny. Their points include:

To this, I’d say that sadly, I wasn’t capable of saying no. And I’m a pretty strong-minded person. Hours after giving birth, I was on another planet, and having never heard of the Bounty lady before she popped her smiley face around my curtain (not a euphemism), I wasn’t equipped with prior knowledge and geared up to say no when she asked me for my details.

• Bounty help and support mums with advice and tips. Emma Day says: “What about all the good Bounty do? Have you ever looked on their website or Twitter page? It’s full of helpful articles to guide new mums and help solve mum issues.”

This can’t be disputed. Bounty do have plenty of supportive information on their website and in their packs. Does that earn them the right to send sales reps into postnatal wards?

• Lots of mums love, and rely on, the free items in the Bounty bag. Emma Day says: “What about all the people who really appreciate the freebies? I’ve always been skint around the time of having babies and especially with twins, it all helps. What about all the women who love the photos of their newborns? If you are campaining to get Bounty off the wards – all the women who enjoy the benefits of Bounty will lose out too!”

Yep, I love a freebie too. I have nothing against the Bounty packs being handed out – even though they’re just a marketing device, not a gift from the kindness of their hearts. Everyone loves a freebie. But it’s not the packs being handed out that’s the real issue here, it’s the commission-based photographs being taken and the collection of data from mums’ hospital bedsides. I expect that new mums’ data (address and email address) is what generates the bulk of Bounty’s revenue since they sell the data onto multiple companies for £1 a time.

• We shouldn’t be concerned with Bounty when there are far bigger issues to deal with in maternity units. Susanne from Ghostwritermummy says: “If you ask me what I think about the Bounty Lady I will tell you. There are far more important issues for our NHS and our maternity wards to worry about. There are far more important causes to get behind. There literally are matters of life and matters of death and whether or not the Bounty Lady is allowed to come and see you is not one of them.” While Kylie Hodges from Not Even A Bag Of Sugar says: “My big issue is that there are so many massive things that need improving in maternity care. Our still birth rate and prematurity rate is still unacceptably high. Babies go undiagnosed of congenital conditions, midwifery is understaffed, there are massive things to be fought for in terms of maternity care.”

There are so many things for the NHS to deal with – Susanne and Kylie are right. But isn’t the dignity and privacy of new mums such a basic right that it should also be dealt with? It’s a huge deal to me, and to 20k other people who’ve signed the #BountyMutiny petition.

Meanwhile, the Say No To The Bounty Mutiny petition is garnering support from like-minded mums who want the relationship between Bounty and the NHS to continue. But so far, one NHS Trust in England and one NHS Health Board in Scotland have ended their agreement with Bounty, in response to the #BountyMutiny campaign. A huge deal, considering Bounty pay them up to £5.50 for access to each new mum. A spokeswoman for NHS Highland, who made the decision to end their contract with Bounty last week says, “It was clear from talking to women that they would prefer not to be contacted and faced with a sales approach at that time of their lives. Also, the commercial nature of much of the material provided in the packs was in conflict with NHS requirement to provide mothers-to-be with balanced and evidence-based information about their and their babies health.”

So, how do we still get all the good things that Bounty provide (freebies, health information, child benefit form, the chance to have a photograph taken of your newborn, a smiley face to say hello as you eat your beige NHS lunch and much-needed MONEY to the NHS) without compromising the privacy and dignity of new mums?

Here’s what I think should happen (NHS peeps, do you have your pens ready?):

1. If Bounty really must have access to NHS patients during pregnancy, when midwives hand out Bounty packs during pregnant mums’ hospital check ups, they should explain that it’s not an official NHS pack, and set the pregnant mum’s expectations (something along the lines of “If you sign up to Bounty, you will receive baby, child and mum-related junk mail UNTIL YOUR CHILD TURNS 18” would be sufficient.)

2. If Bounty really must continue to have access to NHS patients who have just given birth, they should be positioned somewhere neutral in the maternity department, but be banned from entering the actual wards. That way any mums who are desperate for their Bounty packs or a photo of their baby can visit them – or send a relative to visit them. But everyone else is left alone.

Callie Beusman sums it up so eloquently in her Jezebel article, when she says: “Because the best kind of customer is one who’s exhausted, disoriented, and oftentimes in pain after going through, oh, you know, FUCKING CHILDBIRTH, a process that that involves pushing a small human’s head and body out of yourself.”