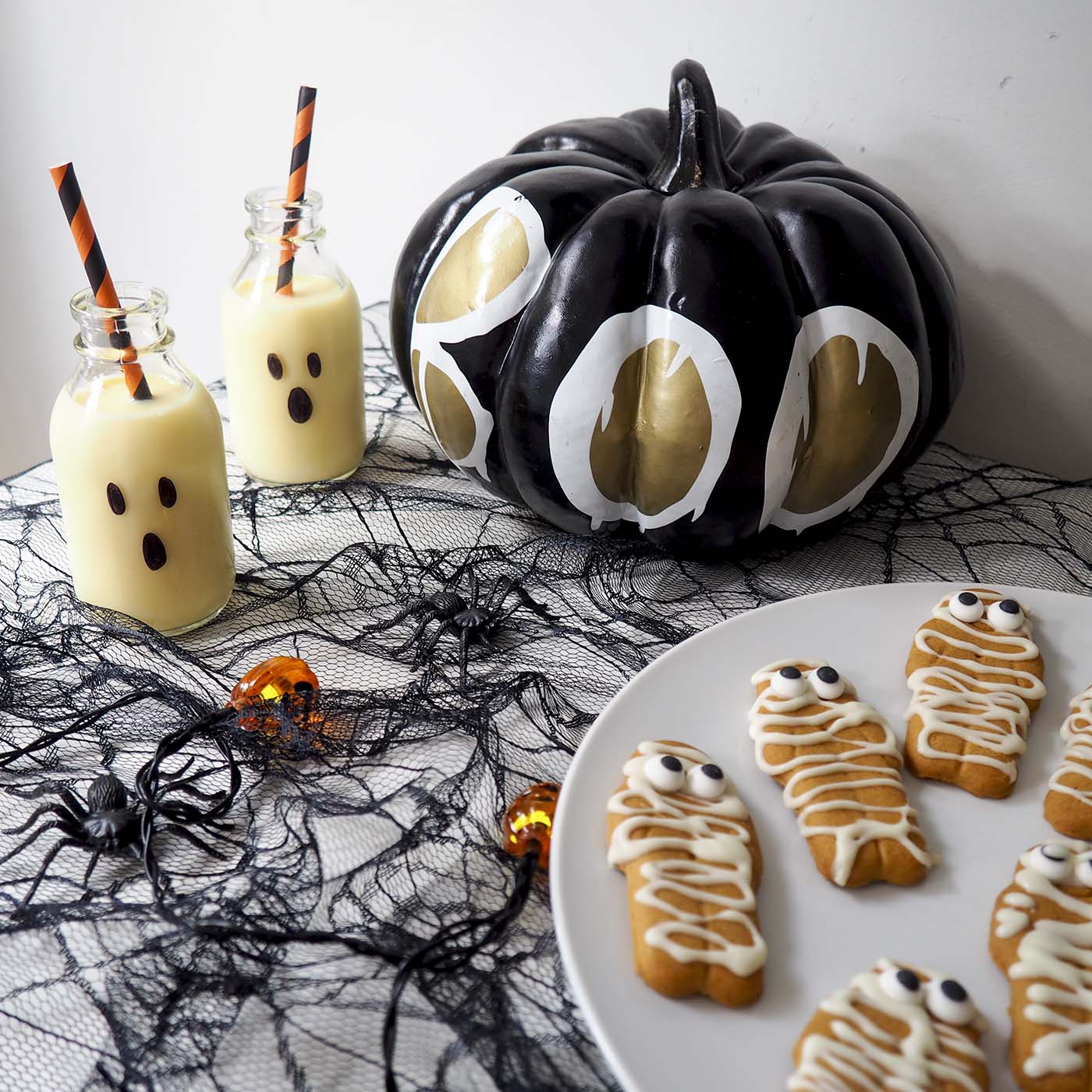 I love how, at age 38, I’m still learning stuff about myself all the time. Back when I was 22, I thought I knew it all and had life sussed out, but I had SO MUCH to learn, and I still do. My latest self discovery is that I don’t enjoy being a party host. Which surprised me because I’m quite a sociable sort and love GOING to parties, so why wouldn’t I enjoy hosting them? But in reality, I get stressed in the run-up (mainly because my home is invariably a tip so needs a week of tidying before anyone can come over), and spend the party getting a sweat on as I rush around to fill glasses and plate up snacks. On top of this, I often miss out on the good conversations because of this rushing around, so it’s fair to say I much prefer being a guest at someone else’s party.

However, when you have a seven-year-old, it’s pretty hard to avoid hosting parties. For the past two years, she’s asked if we can throw a Halloween party. I’ve managed to swerve it until now, but this year, I decided to invite a few of her friends over for a spooky afternoon. 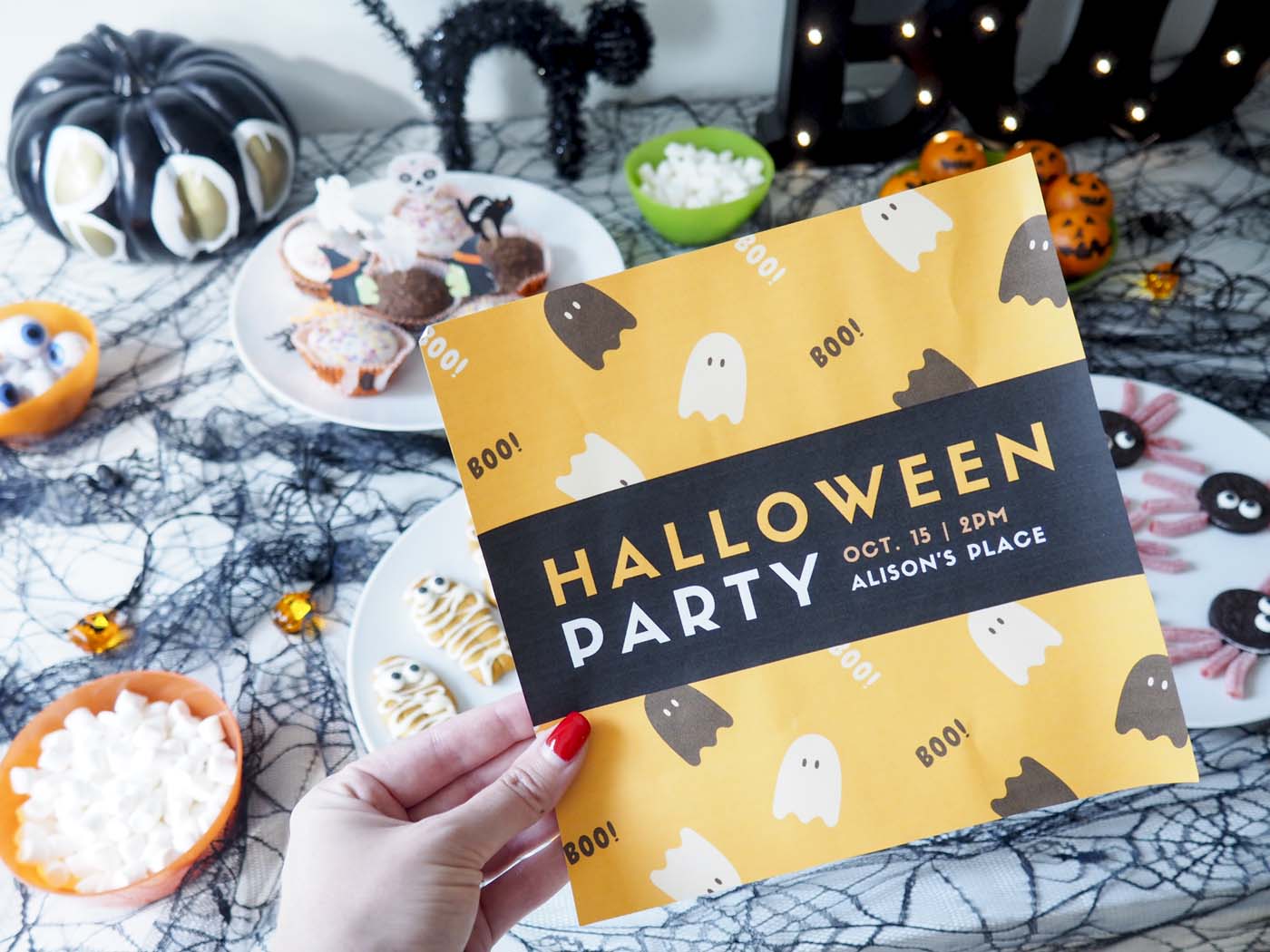 We stocked up on Halloween decorations at my local Sainsbury’s and got some costumes for the kids to wear (oh, OK, so us grown ups might have got in on the Halloween action too…) 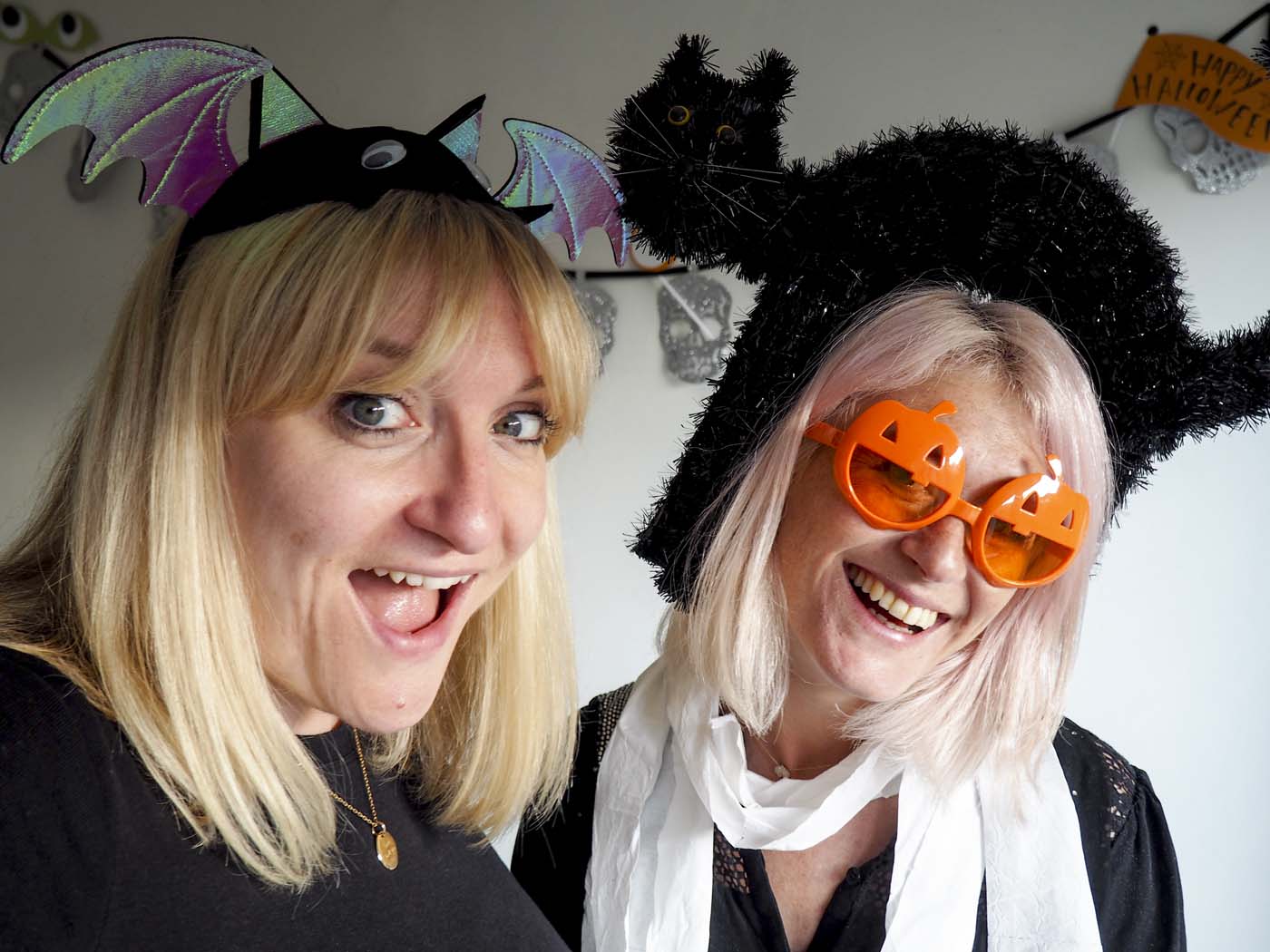 Yes, if there’s one person guaranteed to throw herself into being as daft as me, at a kids’ party, it’s Emily from The Pink House. We’ve known each other for years, after working together on More! magazine, and now she lives 20 minutes away from me, so she came along to our party with her eldest son, Oscar.

When it came to the party food, I actually impressed myself. After a bit of research (which involved Googling “easy Halloween party food” and asking around some bloggers I know) I came up with a spooky spread that any Pinterest Mom would be proud of. 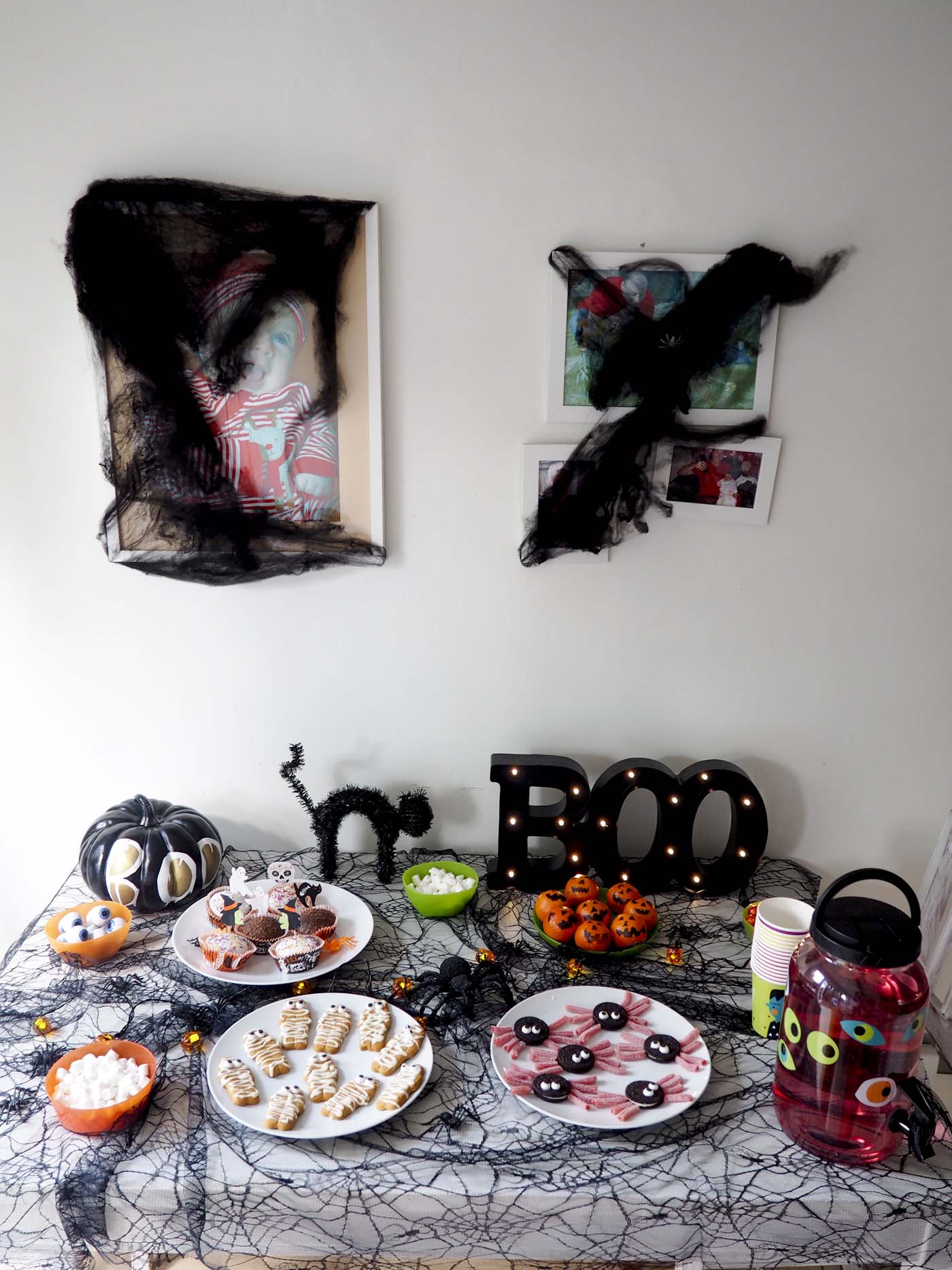 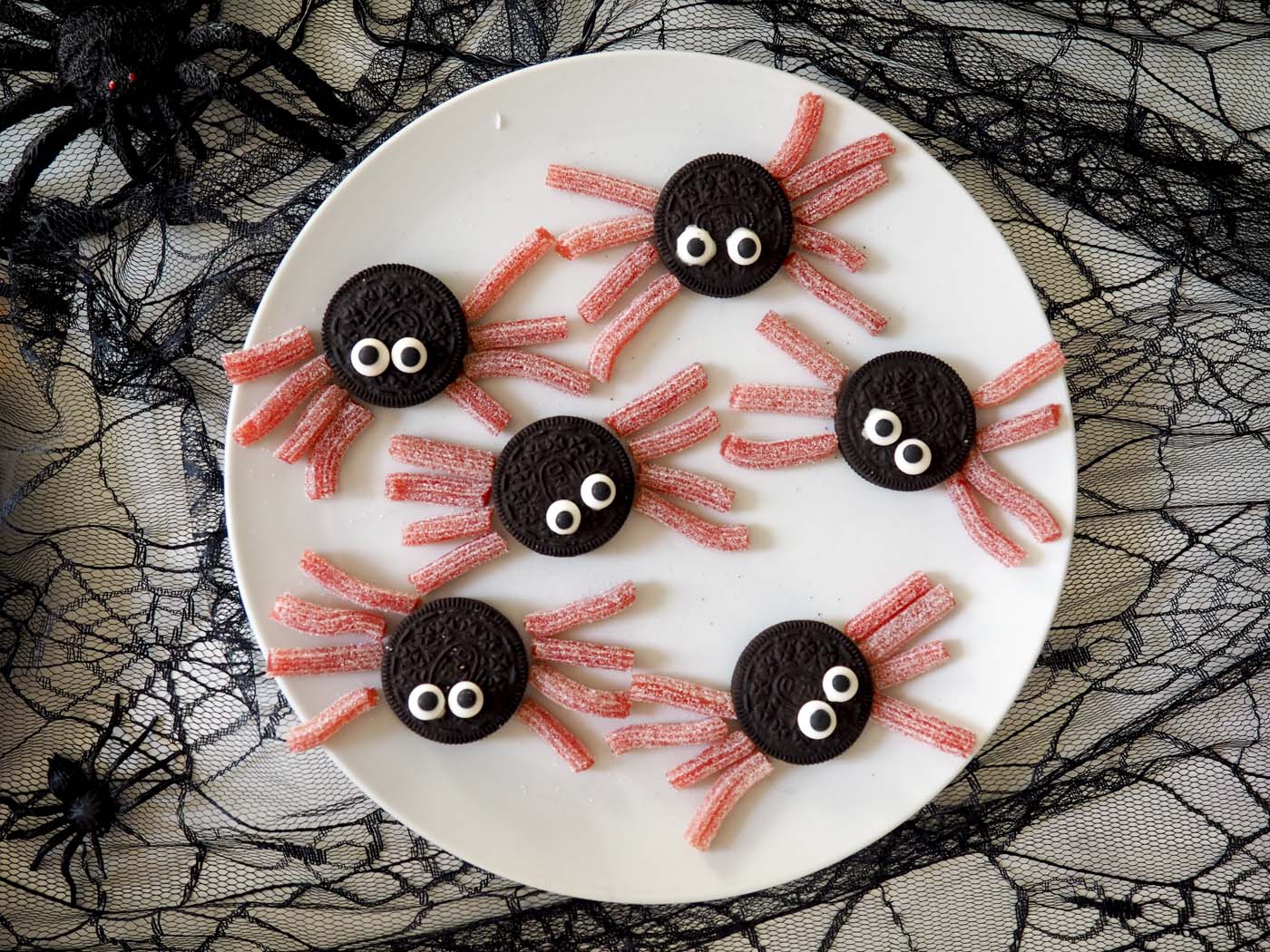 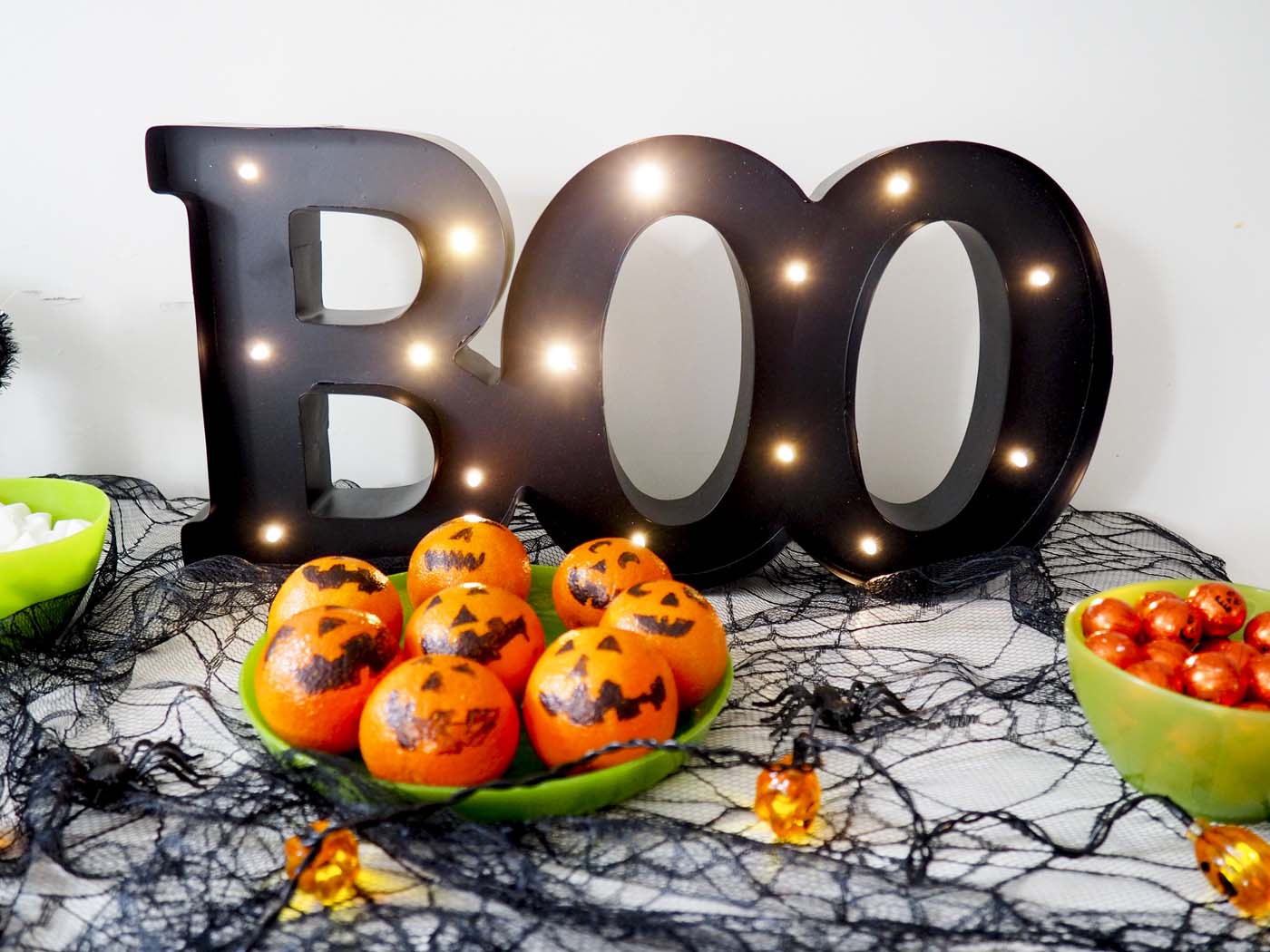 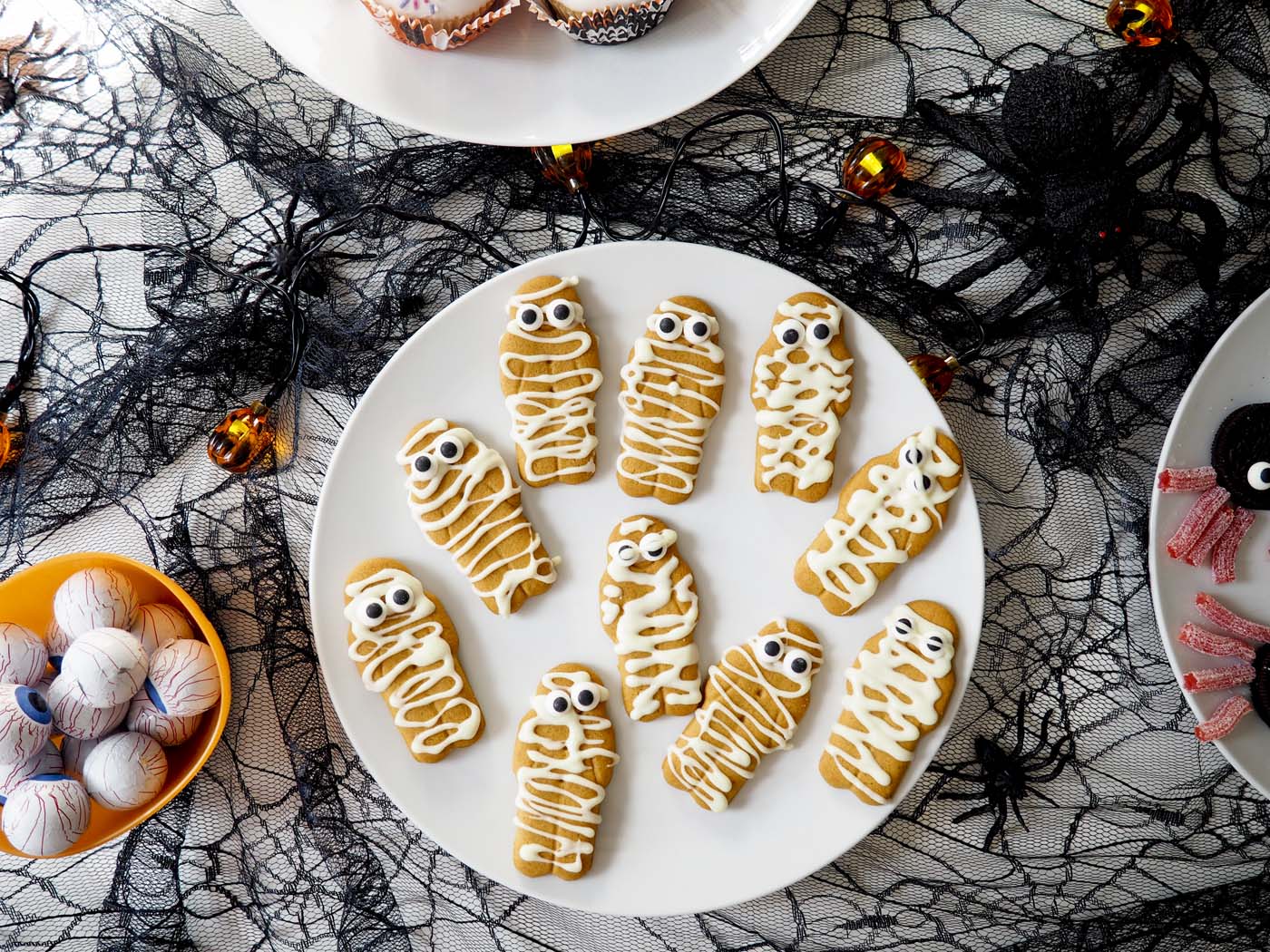 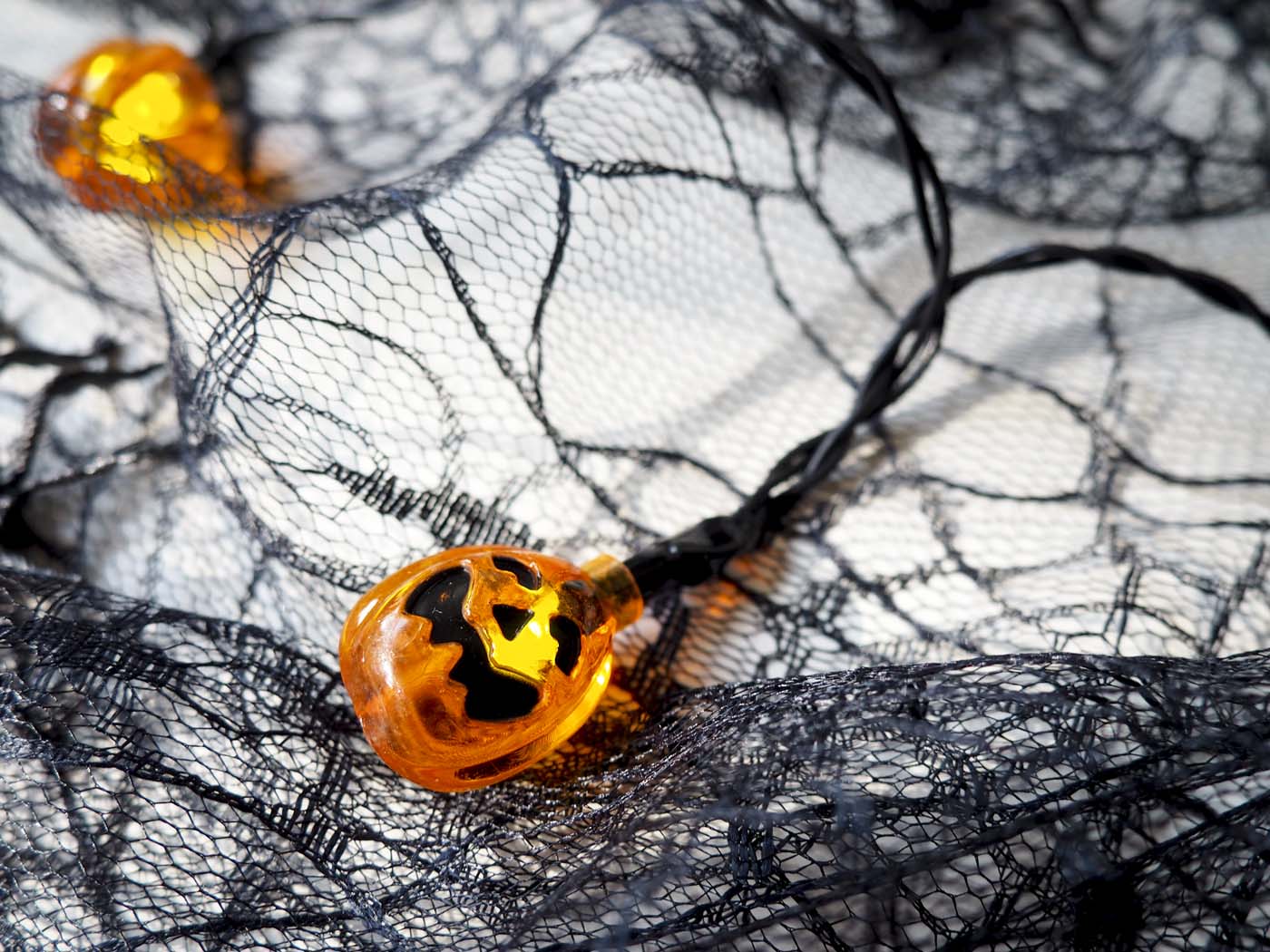 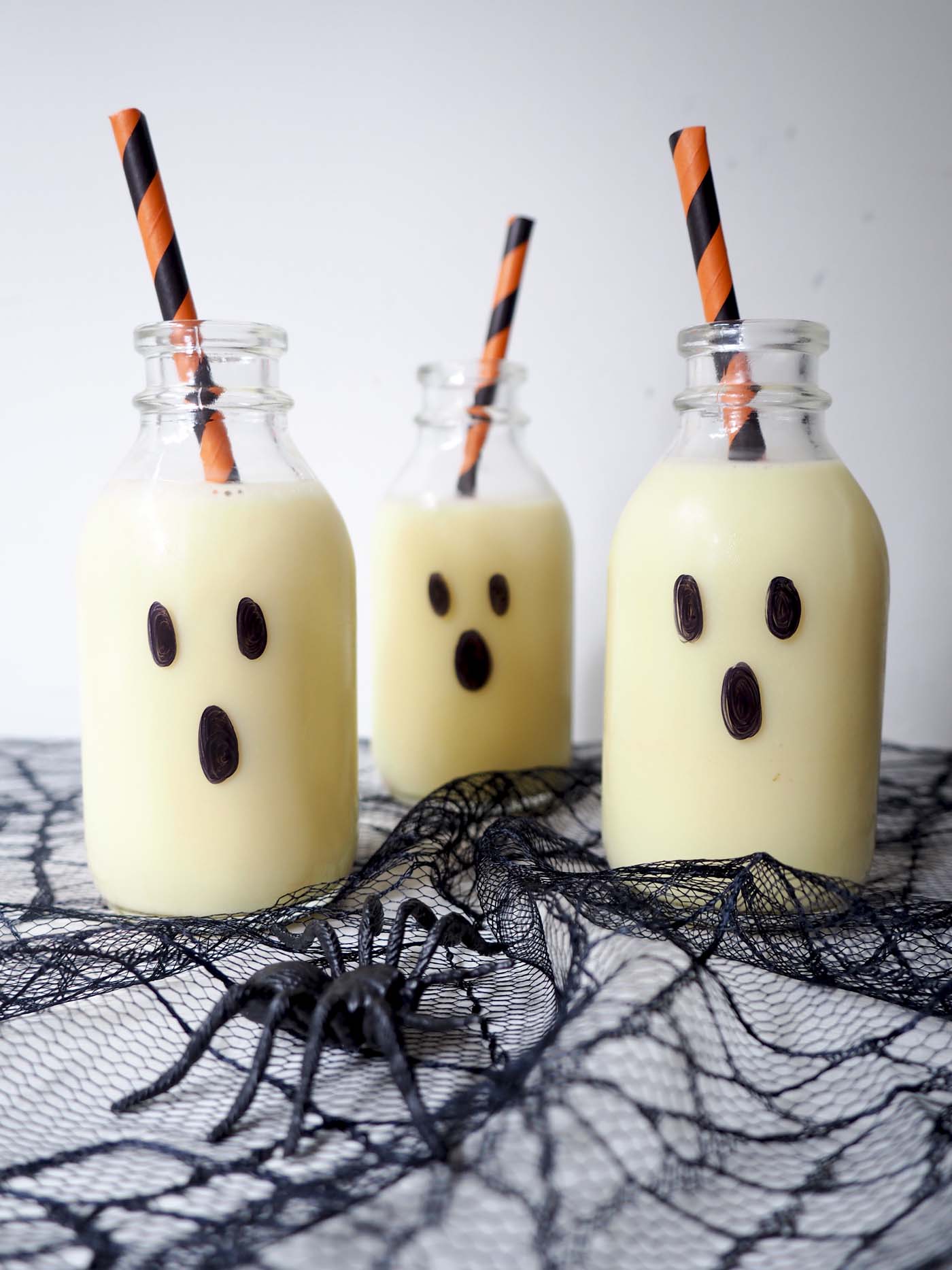 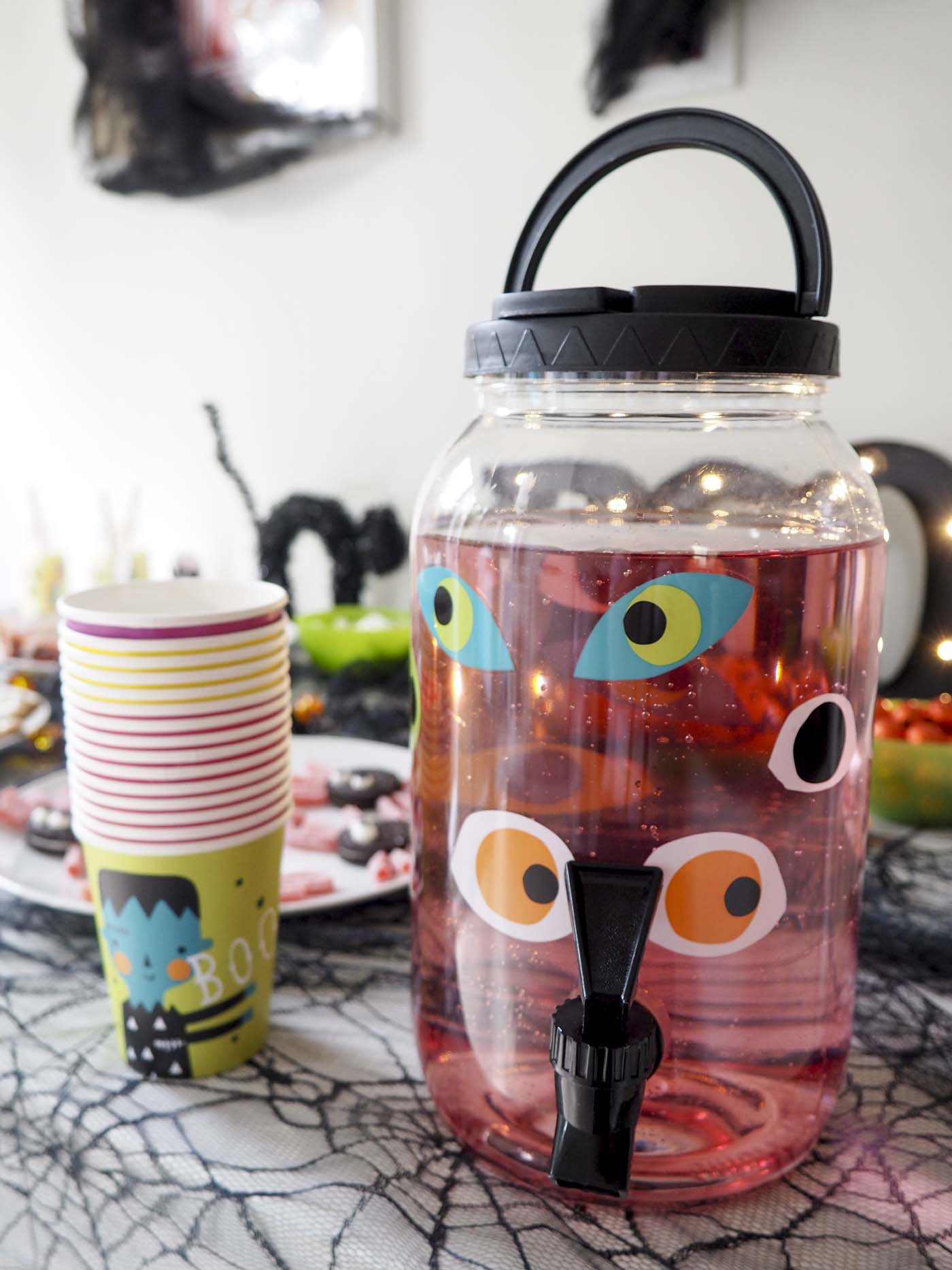 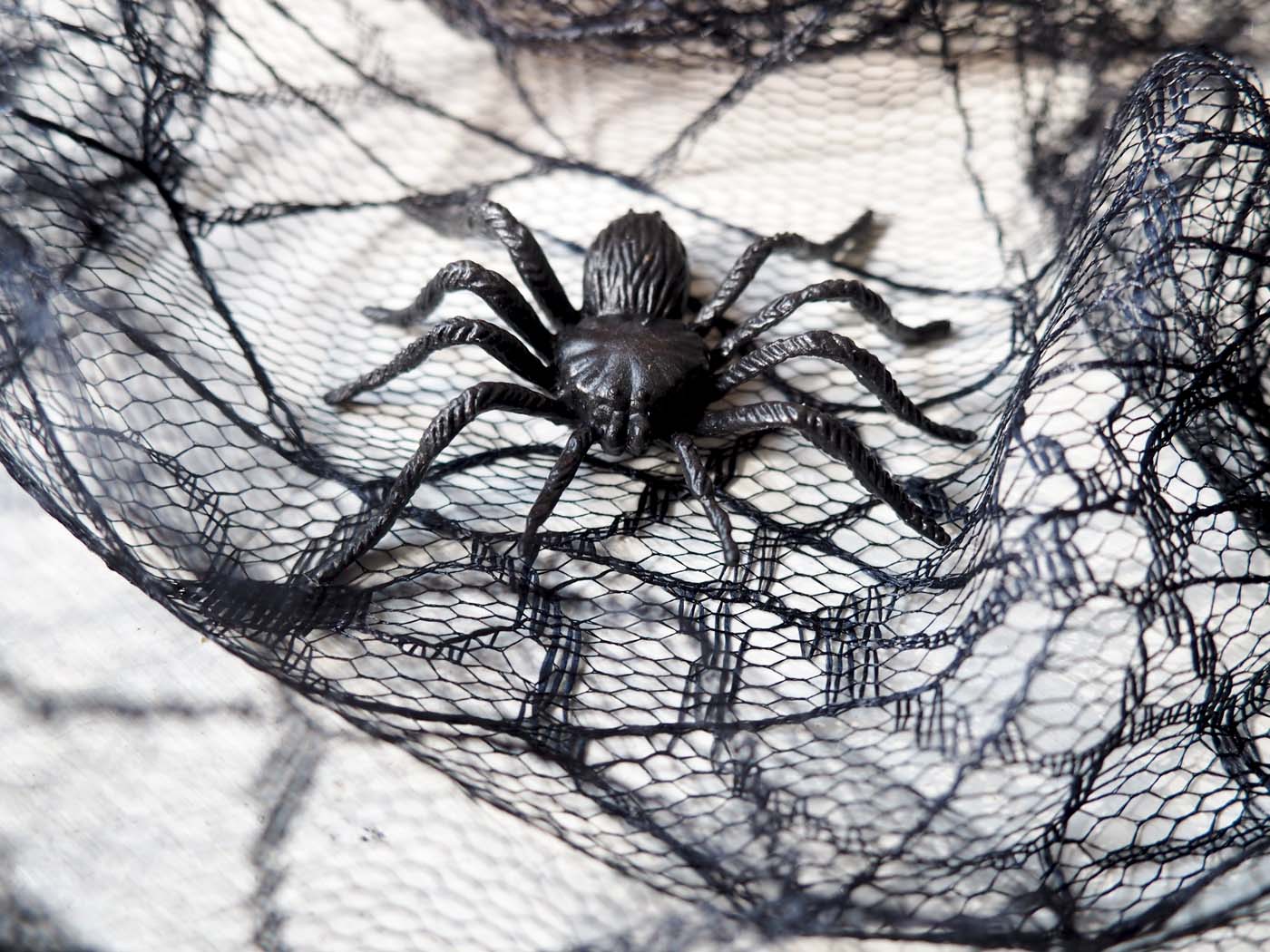 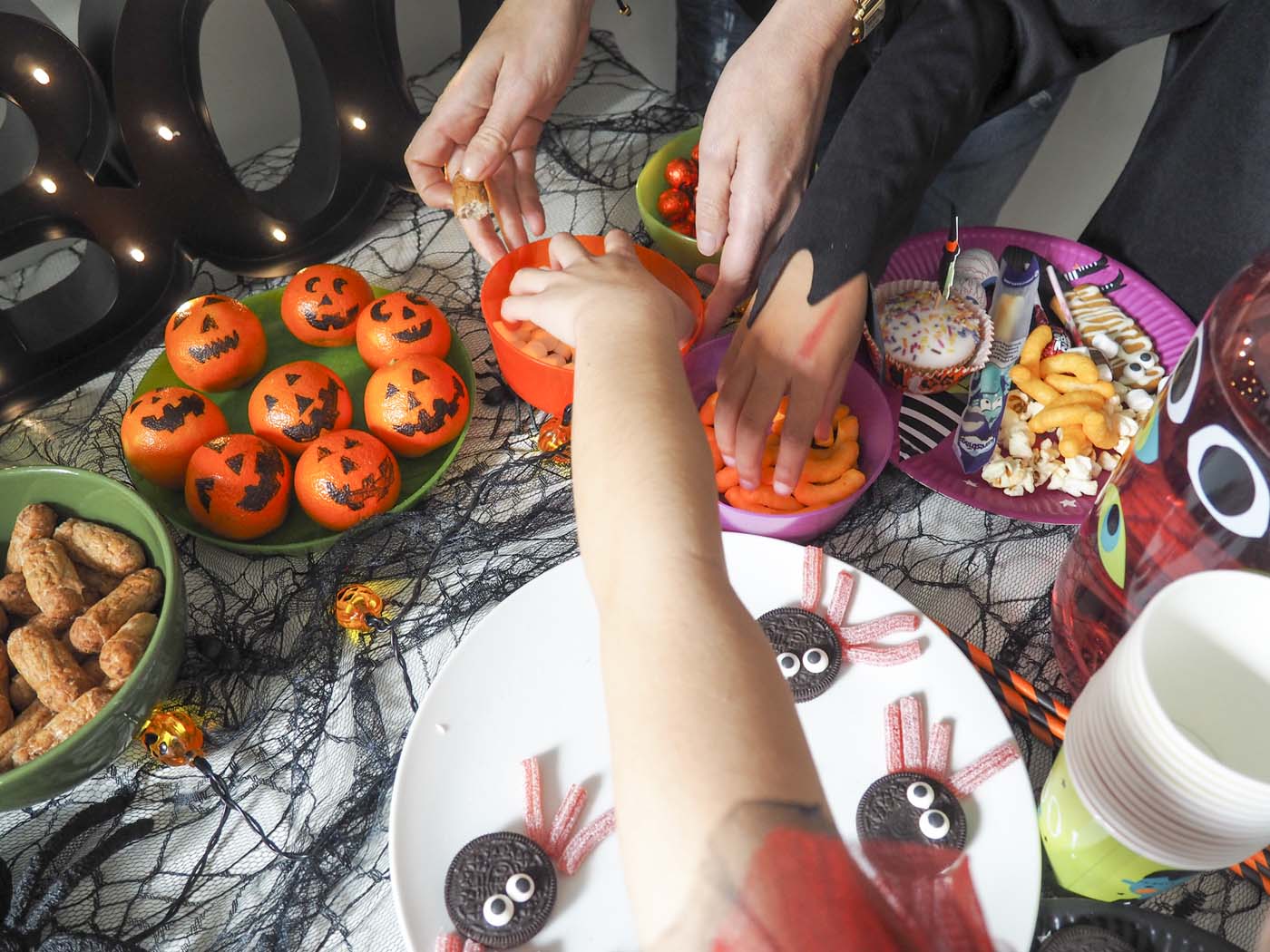 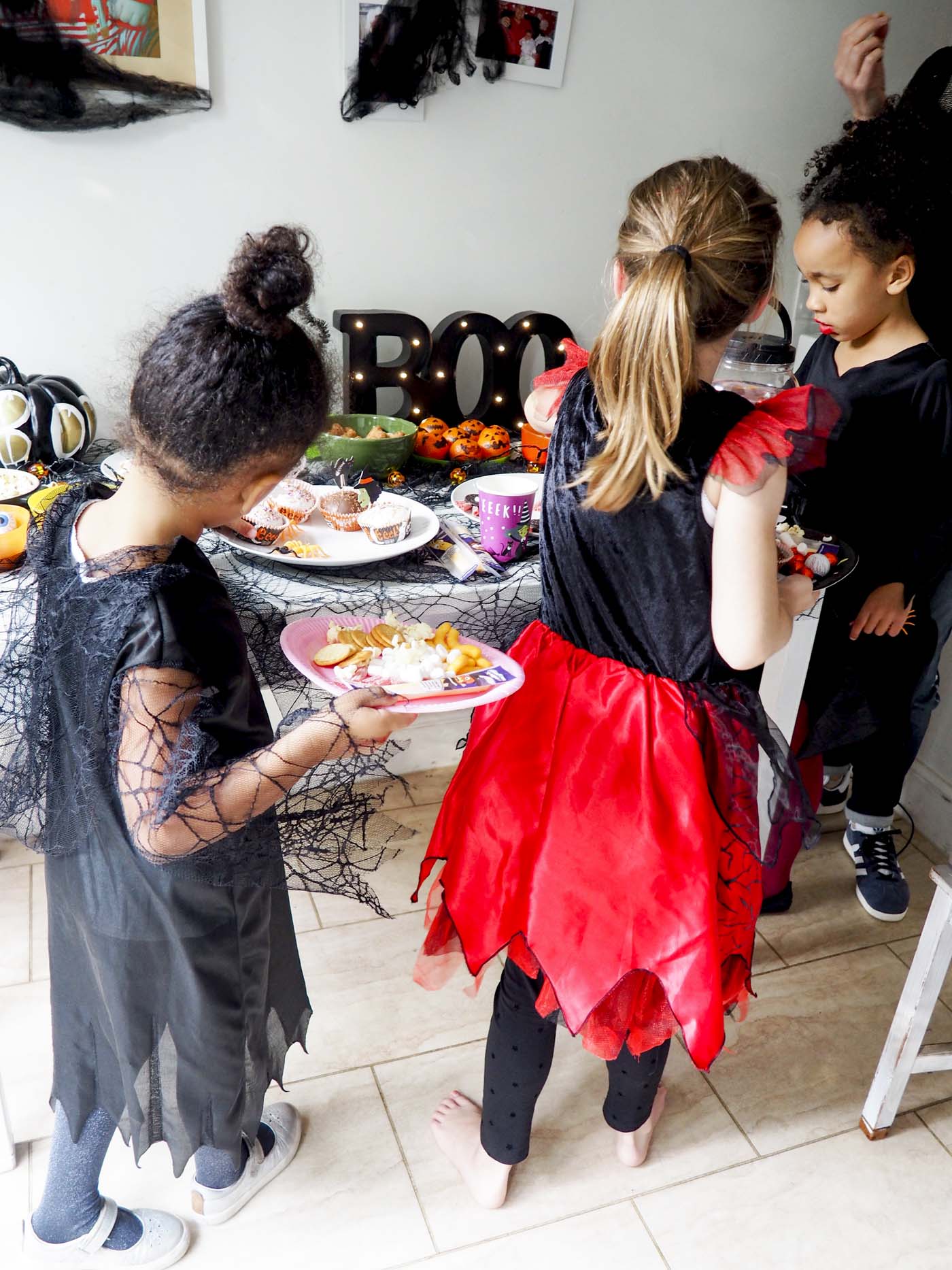 It all went down very well with my ghoulish guests, and it all looked so good with the Sainsbury’s Home decorations. I particularly love the black and gold painted BOO pumpkin and the BOO marquee light.

After the kids’ ate (and ate), it was time for some party games. First up, we played Pass The Spooky parcel (basically, the same as regular Pass The Parcel, except we played spooky music, had spooky things drawn on the wrapping paper and each layer had a creepy crawly surprise hiding. 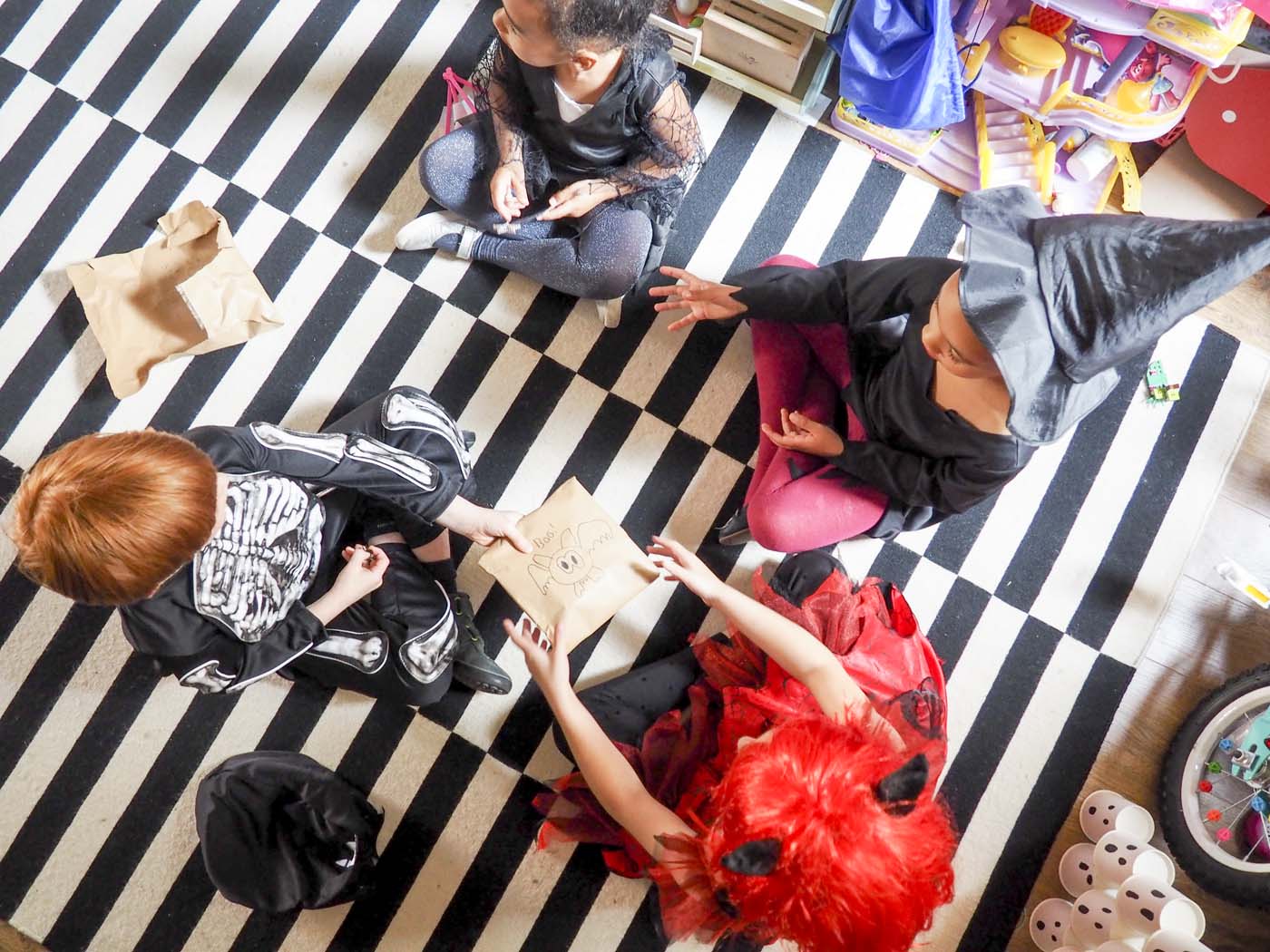 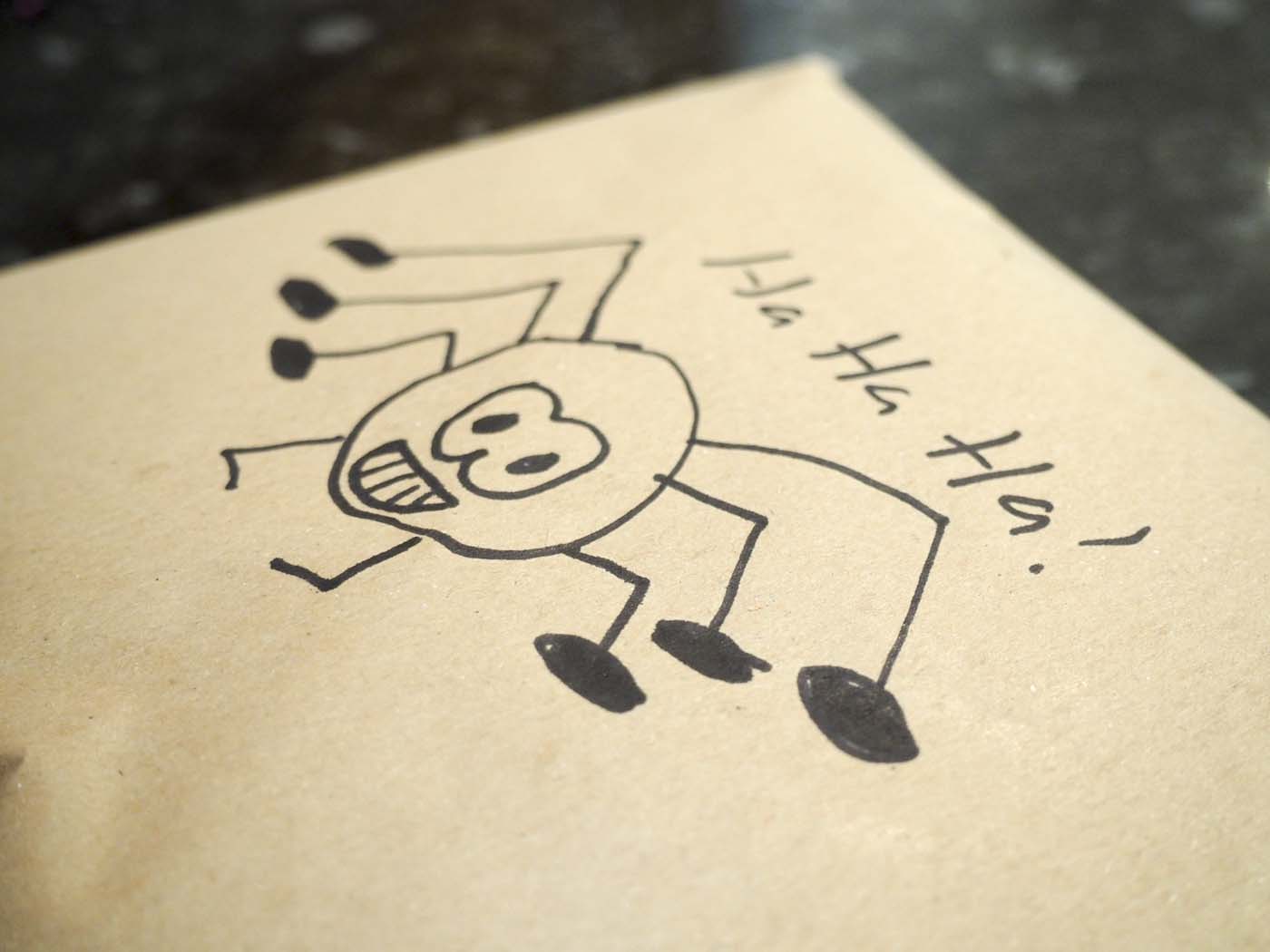 Then it was quickly onto Ghost Bowling (inspired by The Spirited Puddle Jumper) which Oscar was SO GOOD at! We turned some paper cups into ghosts and used a pumpkin decorated satsuma as a ball. 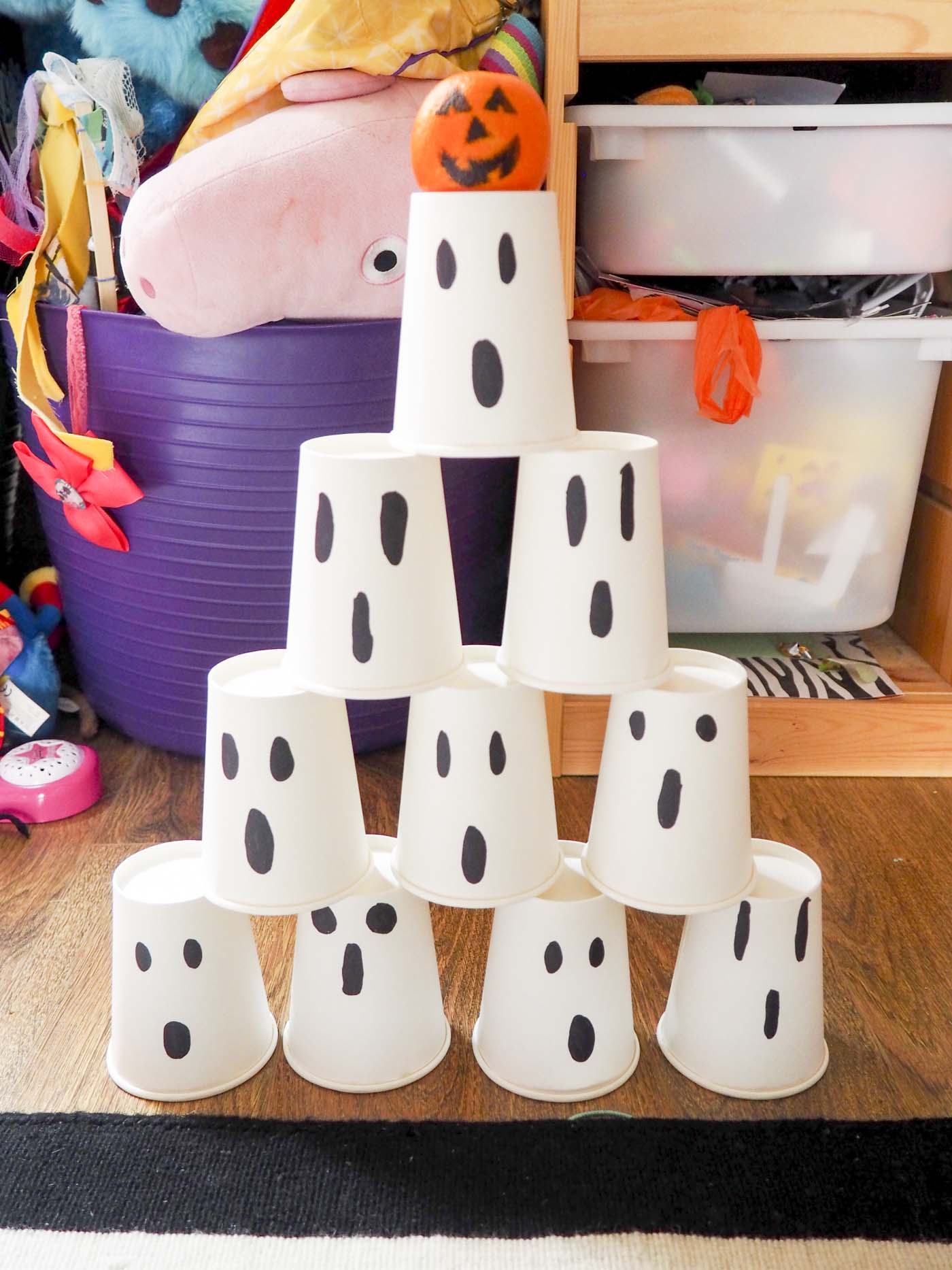 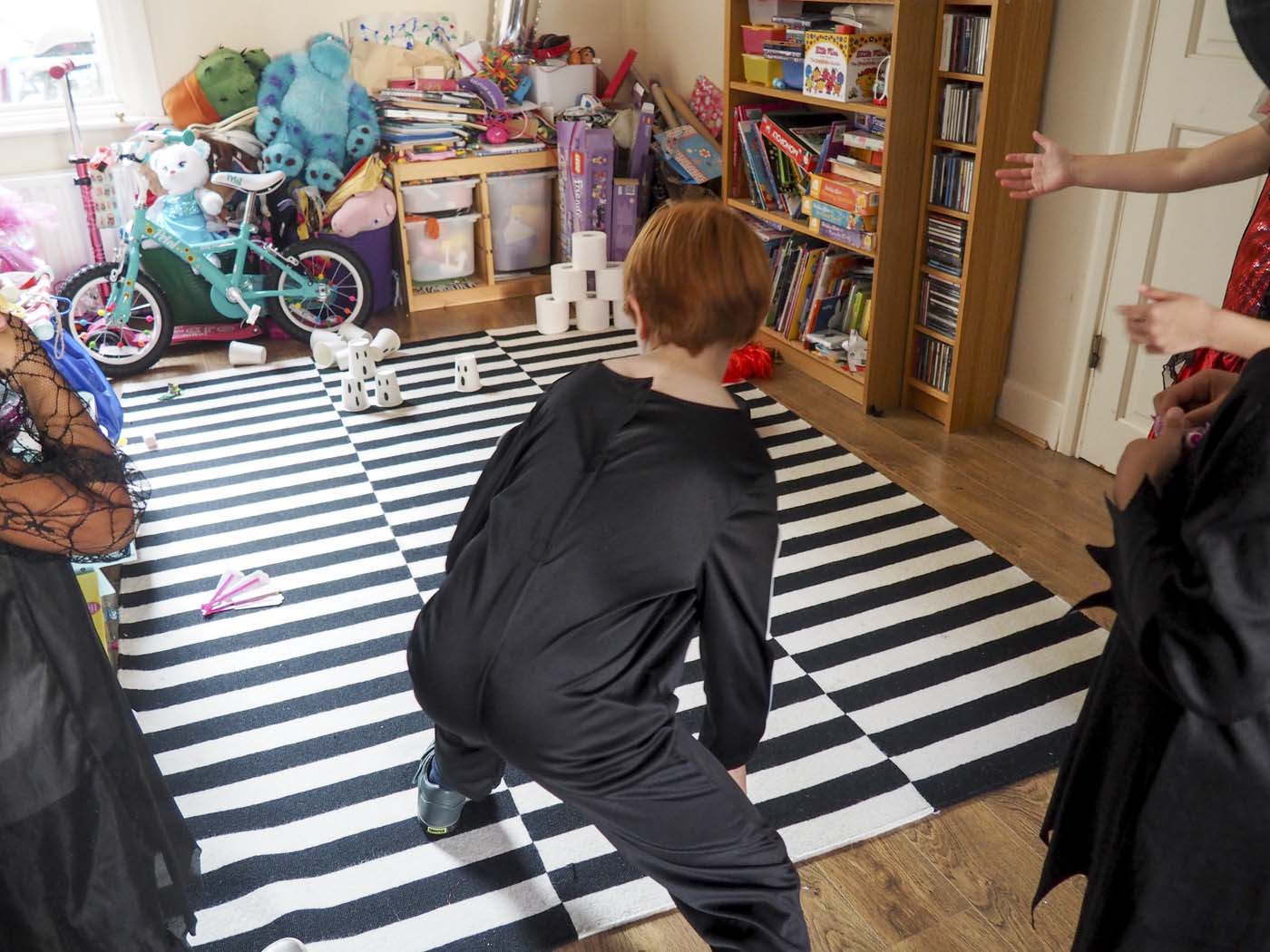 After that we moved swiftly onto The Mummies Challenge – which involved using loo roll to turn people into Mummies. We were supposed to time each person, and declare a winner but we were having far too much fun and forgot. 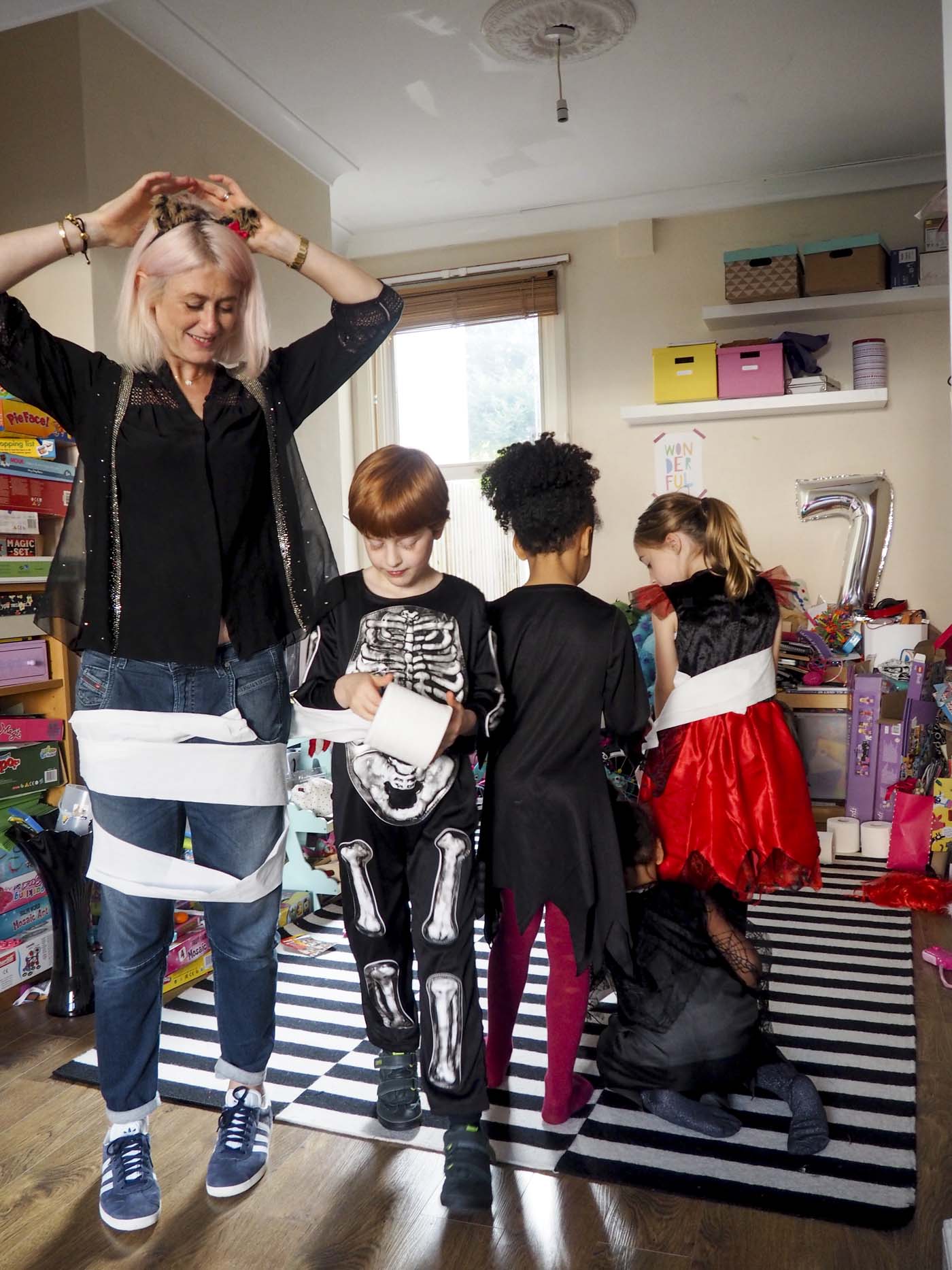 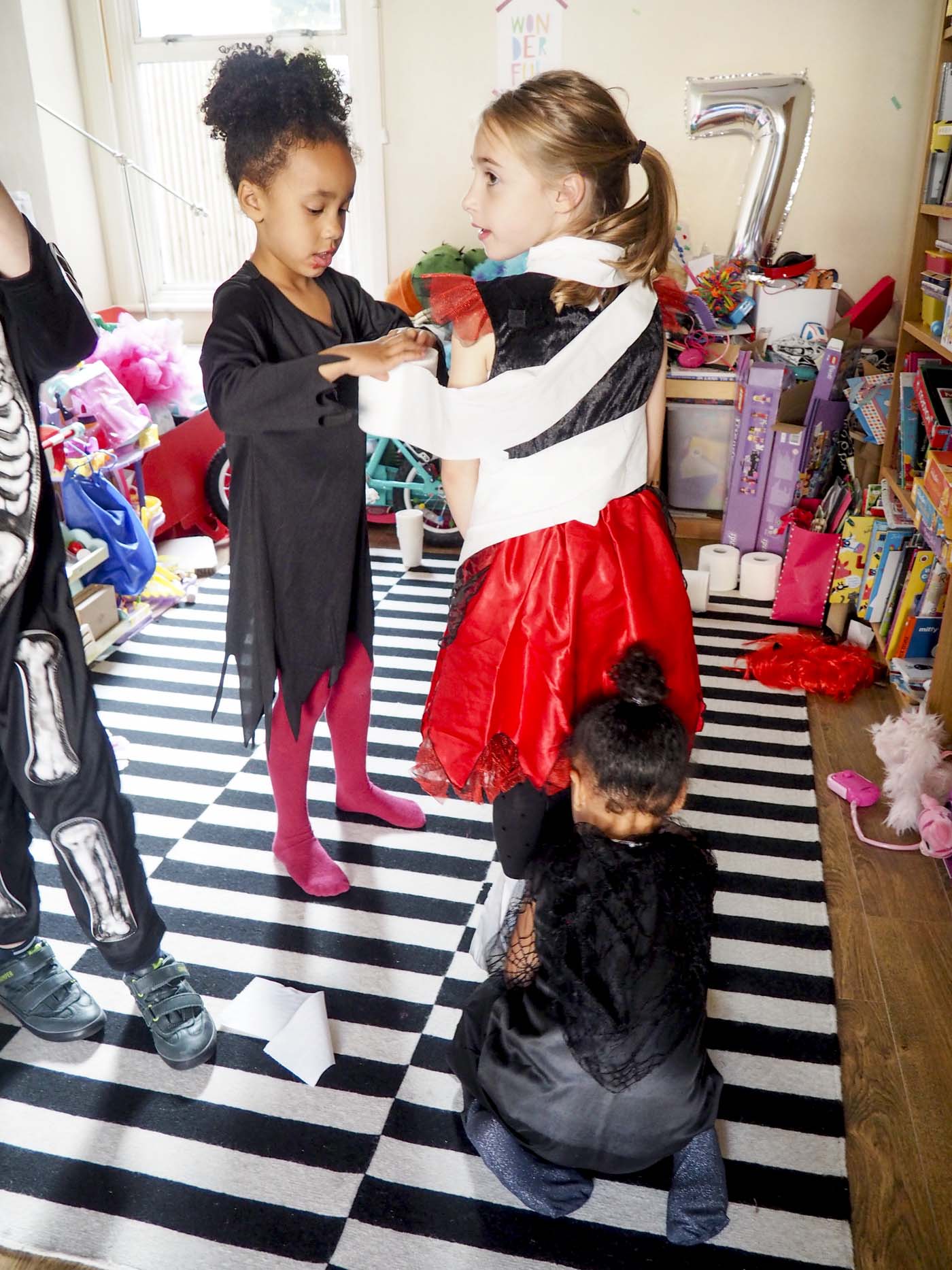 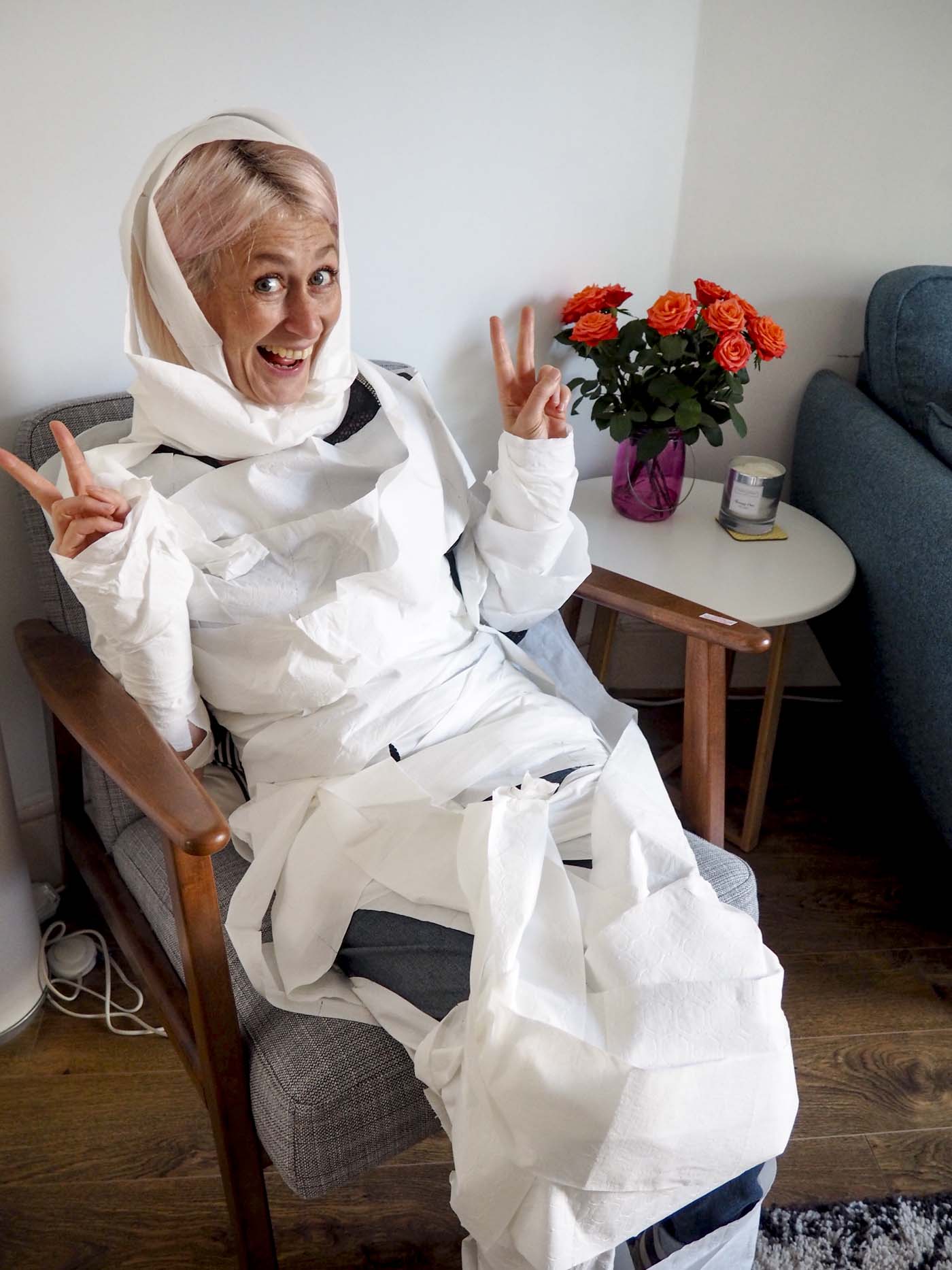 And then last, but by no means least, we did the Halloween classic – Bobbing for apples (or as we called it in Scotland, when I was growing up Apple Dooking). 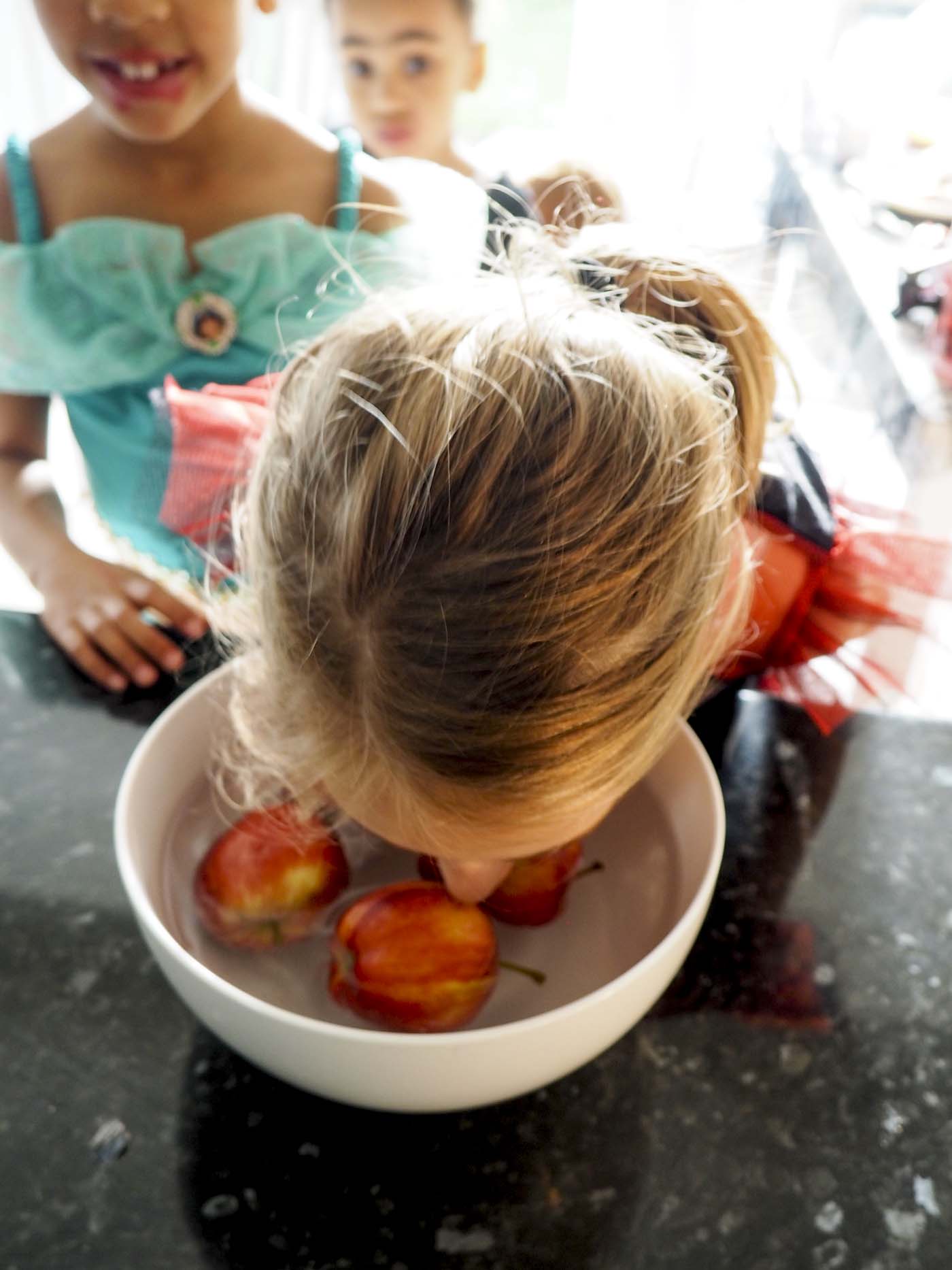 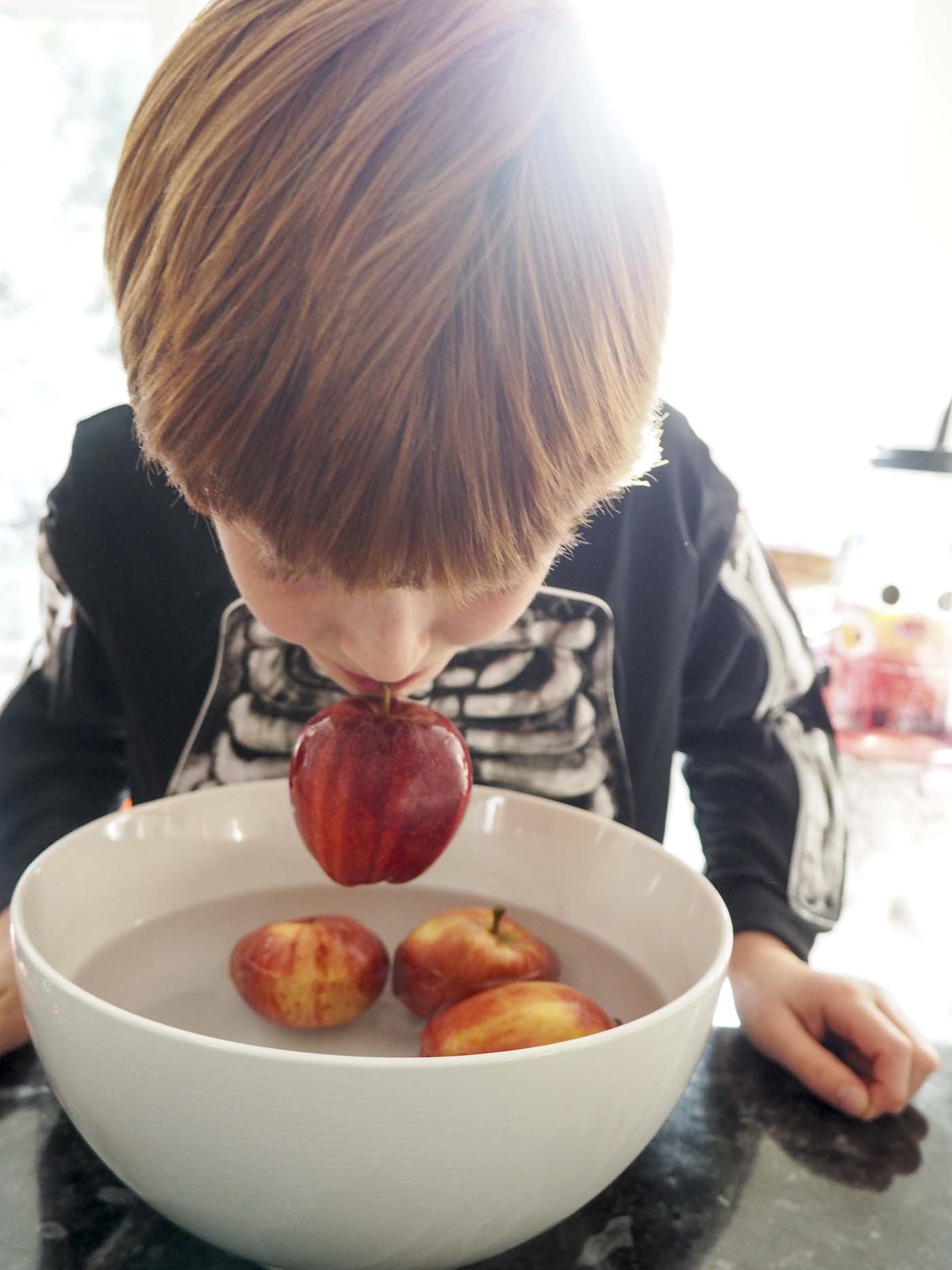 So big thanks to Sainsbury’s because we had a frighteningly good time! Check out their Halloween range online – it’s all really reasonably priced so you can stock up on lots of fun things without breaking the bank. 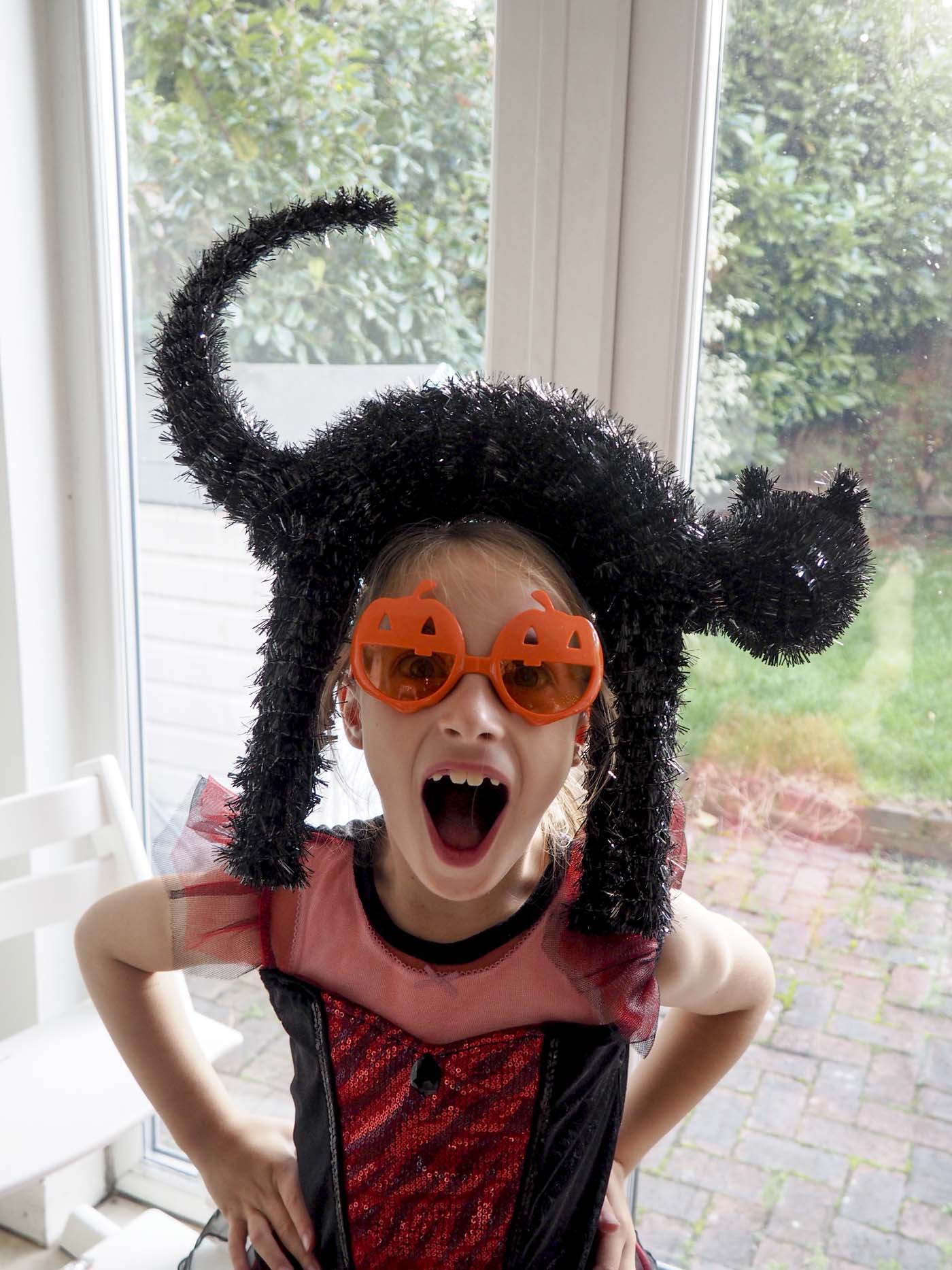 This post has been commissioned by Sainsbury’s Home and as always, all thoughts are my own. For details on how I work with brands, see my Work With Me page.