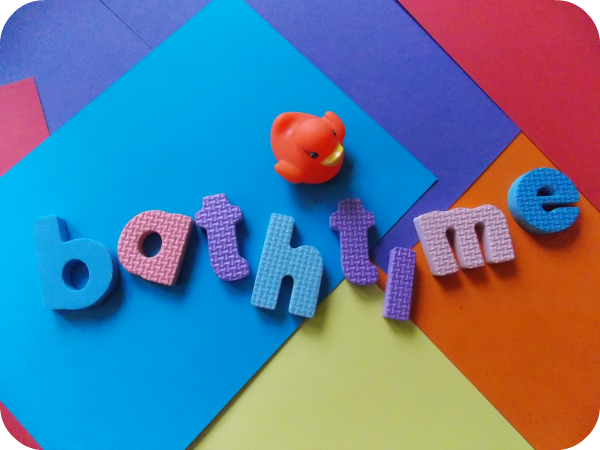 Bathtime can make or break an entire day, can’t it? In a matter of mere minutes, a perfect day that would go down in history (you know, sunny morning in the park, tantrum-free lunch out, painting and telly watching in the afternoon…) can all disappear as your child does one of the following:

a) Refuses to get in the bath

b) Refuses to let soap/shampoo touch them

c) Refuses to let you wash off said soap/shampoo

d) Refuses to get out

e) All of the above 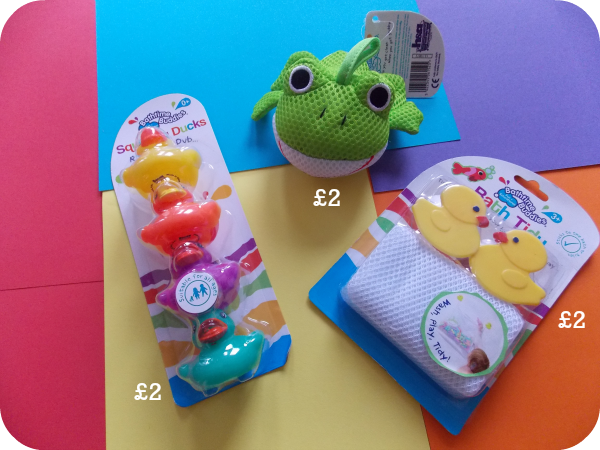 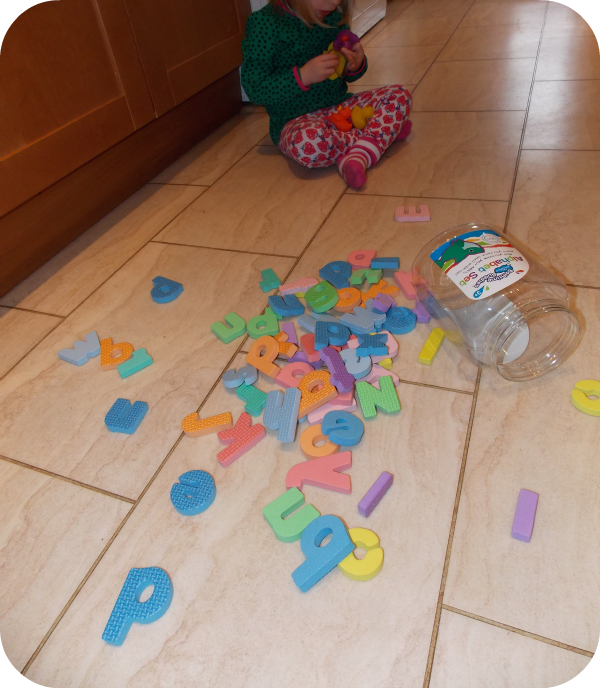 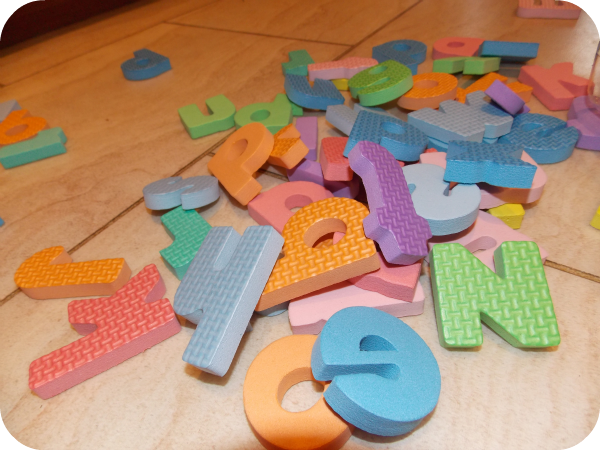 We’ve used them during one bathtime session and so far, so good. My two-year-old LOVED the foam alphabet letters. She tipped them out of the plastic jar, into the water, threw them around a bit, then started to stick them on the tiled wall. She’s too young to recognise actual letters, but she grouped them by colour on the wall, took them all off and then grouped them on the wall again. The foam letters’ jar advises you to pack the wet letters back in and store upside down (the lid has handy air holes) which I found tricky, so it’ll be interesting to see whether they go mouldy quickly or stay nice and fresh (I’ll update this post in a few weeks to say which – ooh the suspense…).

The toddler was beside herself with excitement when I showed her that the small boring ducks that she’d been ignoring up until that point (ducks? I have foam LETTERS to play with, Mummy!) actually squirted water. After showing her a few times how to get the water inside the duck, she started to get the hang of it. Cue: very wet Mummy and loud giggles and cackles from daughter.

She wasn’t as interested in the Frog Wash Buddy, but I have a cunning plan to take that swimming and produce it when she is screaming and protesting about going under the shower. The Bath Tidy is an essential for any parent, and after a few tries, this one did stick to the tiled wall. (Hate those ones that just fall off…)

Overall, I’d call this a result.