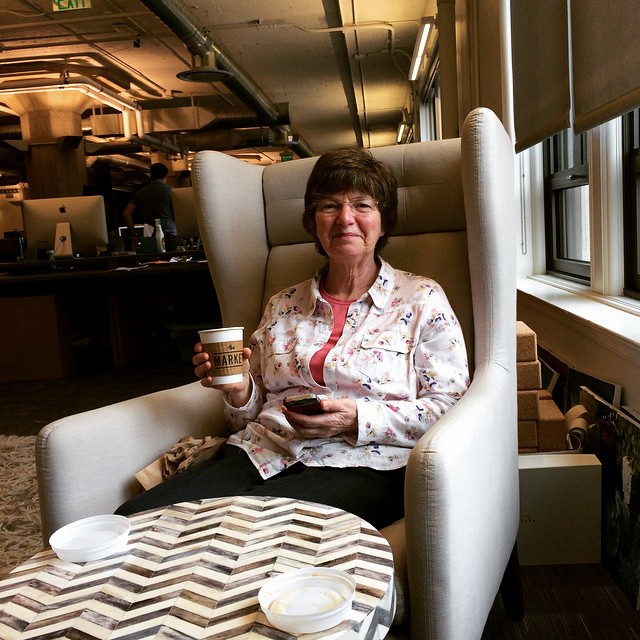 It’s no surprise that I’m a Maverick Mum (that’s the term coined by NotOnTheHighStreet.com to describe us mothers who are doing things our own way). When I think about my own mum, it was inevitable really. She has a rebellious streak that I love. That’s her in the photo above, by the way, having a coffee in San Francisco.

When I was a child, she refused to give into peer pressure and buy me expensive trainers (no matter how much I begged) and when it was my school’s annual Christmas dance, where other 12 year old’s were dressed in Versace (not even joking), she sent me along in a £20 BHS frock. When we ate out, as a family, and my brother and I asked for pudding, and my mum would always say, “I’ll buy you a Mars Bar on the way home”. She rarely did things just because it’s what everyone else was doing – she made up her own parenting rules and ran with it.

My mum even kept me off school on the last day of term, one time. I’d just had my ears pierced as a 13th birthday treat, and she’d sent me into school with sticking plasters over the top of the ear studs that had to remain in for a few weeks. Ear studs were banned, so despite the plasters, I was sent to the head teacher, who made me cry, and told not to come back to school with the earrings in. So, brilliantly, in what I like to think was a two fingers up to the lack of common sense being shown, my mum kept me off school the following day. If I’m honest, I was a bit gutted to miss the end-of-term fun that always happens on the last day before Christmas, but even back then, I admired my mum’s decision.

Looking back even further, my gran was a total Maverick Mum too. I’ve talked before about how she was a working mum back in the 1950s. She fought against what was expected of her – to be a stay at home mum and raise her kids – to carry on with her career as a teacher. When she was older, she was one of those grans who always had a cheeky glint in her eye, and she’d enjoy a nice glass of Chardonnay while she watched Corrie, of an evening.

So when I think about the kind of mum that I am – how I approach daily challenges but also big life decisions, it’s inevitable really that I do it my own way. Even from the get go, I made up my own rules. When I was a new mum, I shunned the idea of buying the buggy that every other mum had. We stopped going to baby swimming classes when it was too stressful, despite the peer pressure to carry on going. I fed my baby Ella’s Kitchen food pouches more often than most mums would care to admit.

That’s carried on, as my daughter has got older, and I can tell that she’s got that same independent streak – if she has a child of her own, I’d place money on her being a Maverick Mum too. 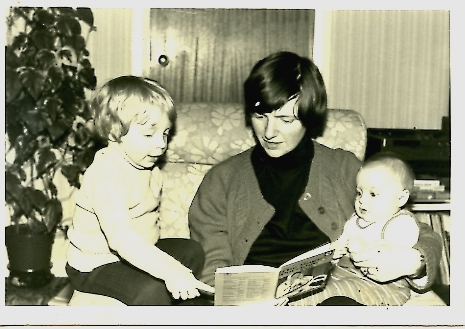 This post has been commissioned by NotOnTheHighStreet.com – for information on how I work with brands, see my Work With Me page.