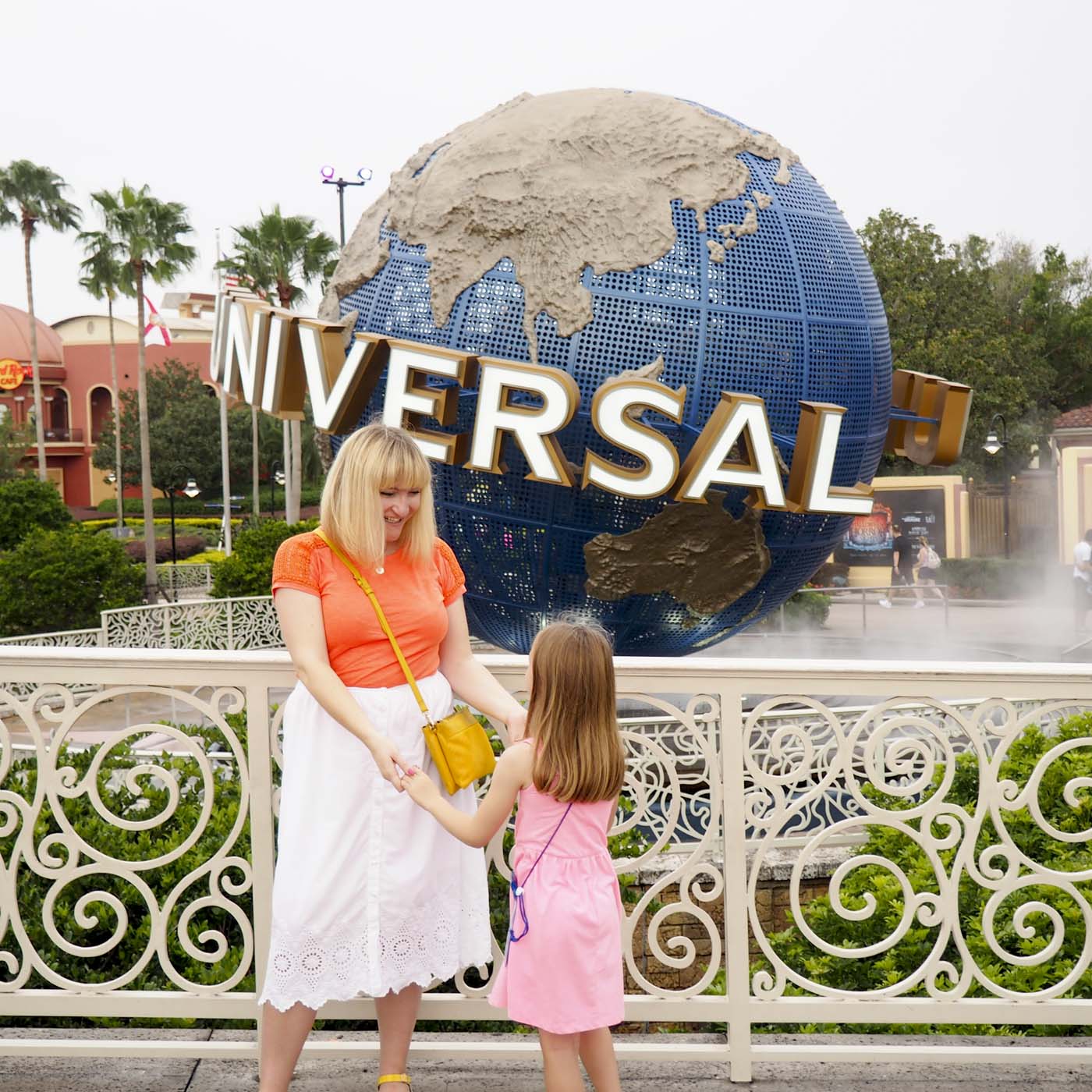 Close your eyes and picture your dream holiday. What do you see? Sunshine, palm trees and smiling faces? Me too. I also see a mixture of chilling out by a swimming pool (cocktail in hand, naturally) and doing FUN stuff as a family. Oh, and amazing food definitely has to feature, too.

Our recent trip to Universal Orlando Resort ticked all of my dream holiday boxes. It was one of those trips that, now I’m back home, feels like a bit of a dream. Did we really fly off to Florida in half term and have ALL of that fun?

Here’s why it was so amazing…

Now, this might not seem like a big deal to you, but to me, flying Virgin Atlantic is THE WAY to travel to the States. Everything about the experience seems to go above and beyond other airlines that I’ve flown with. So it was the perfect way to start our holiday. 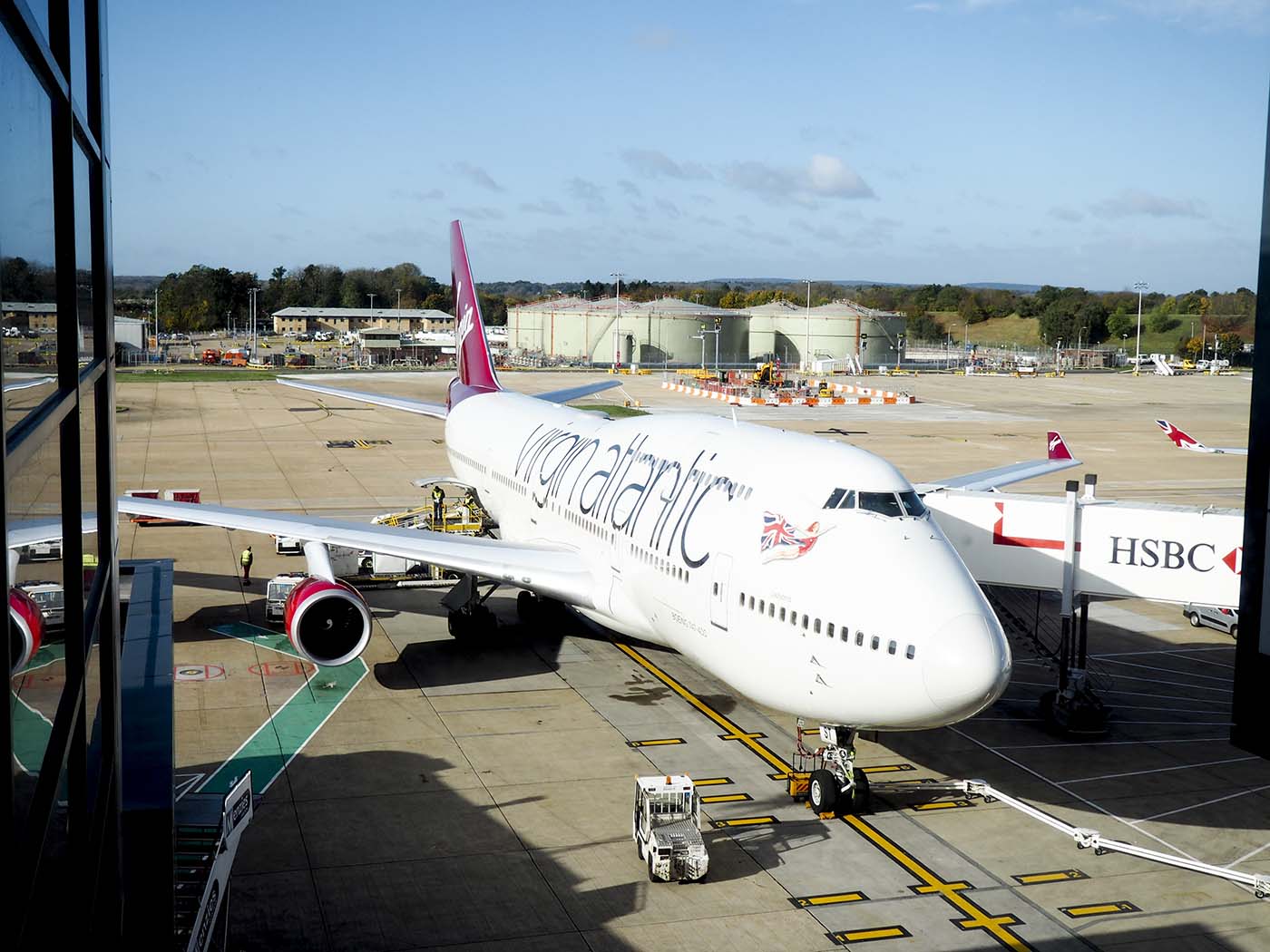 One of six hotels in the Universal Orlando Resort, Loews Sapphire Falls has an ultra stylish Caribbean theme, an amazing outdoor pool with plenty of sun loungers (with waiter service!) and a cool slide. It also has a coffee shop in the lobby (perfect for grabbing coffee and pastries for a breakfast on the go) and large family rooms that have everything you might need. From there, it was just a five minute boat ride to Universal Studios, Universal Islands of Adventure and City Walk – and a ten minute bus ride to Volcano Bay. 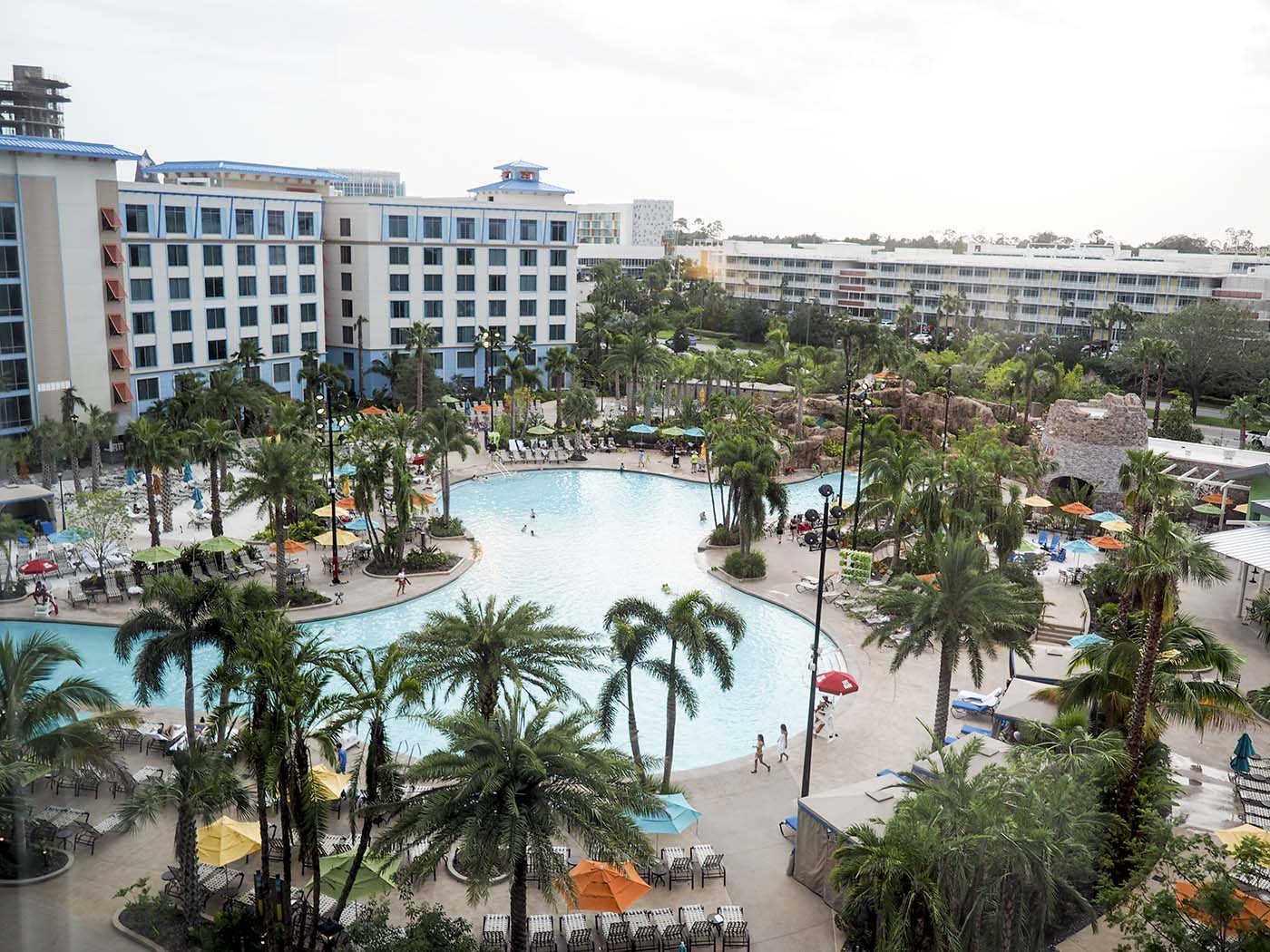 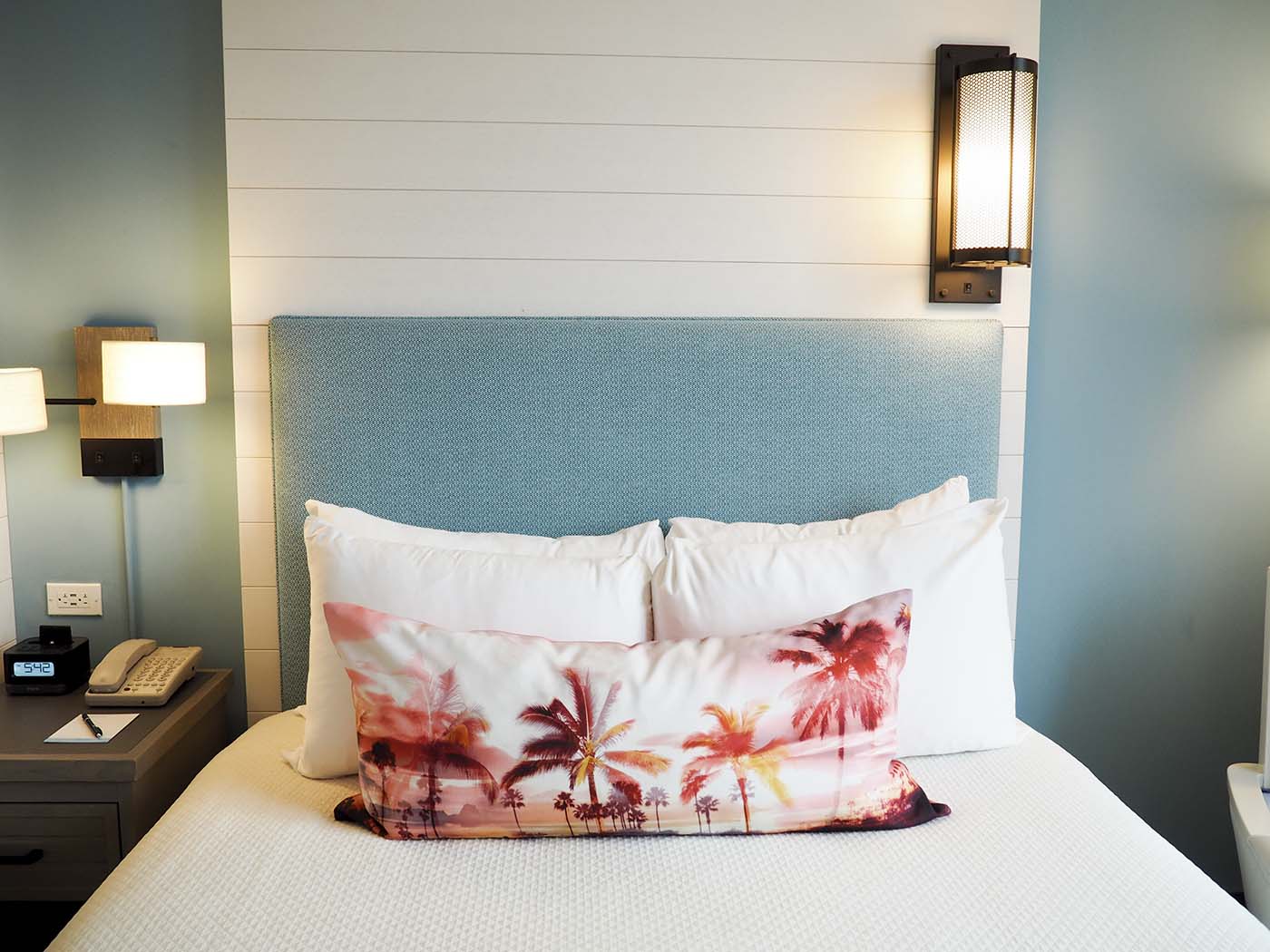 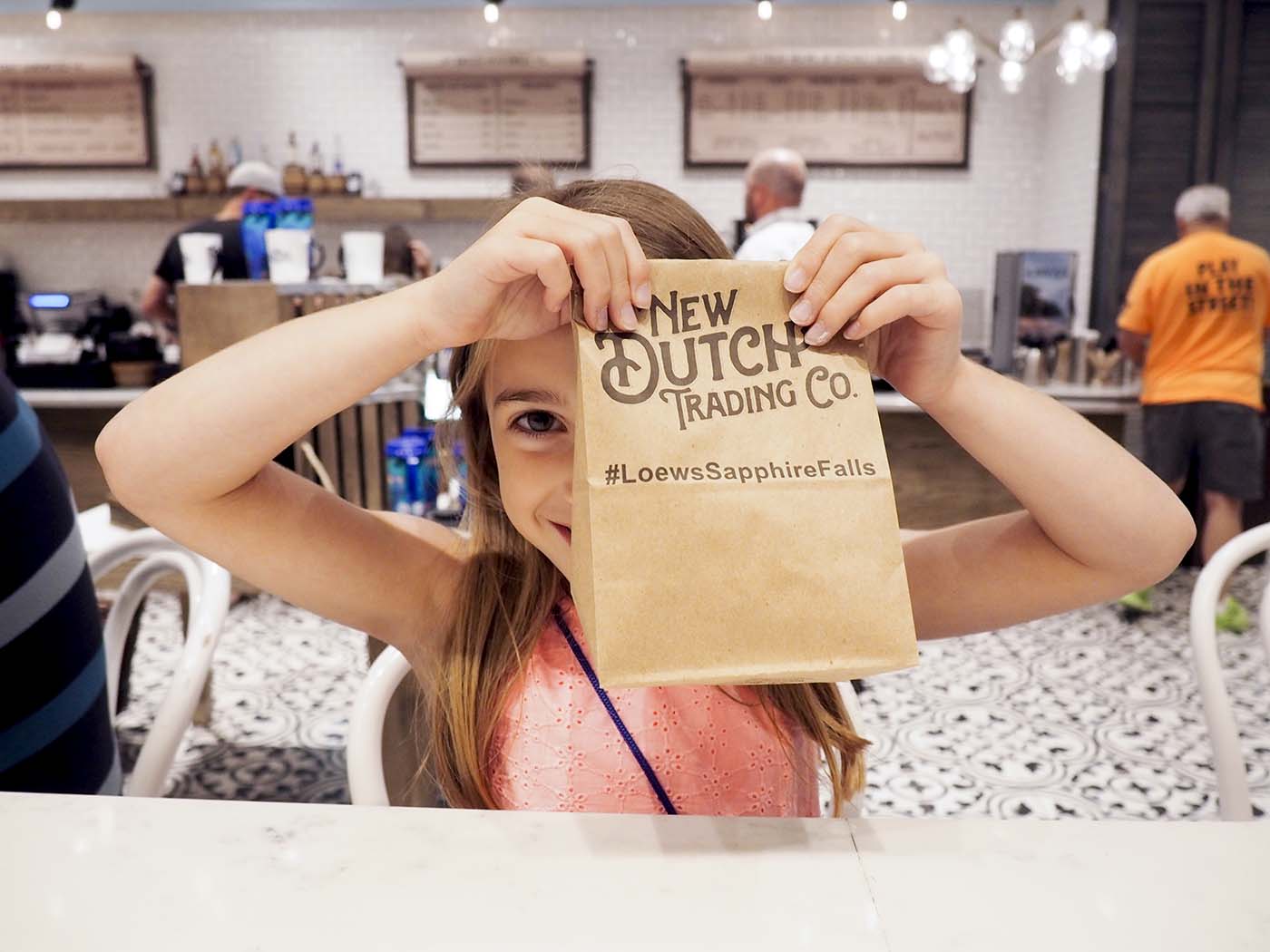 The theme parks were SO MUCH FUN

It’s 20 years since I was last at Universal – back then, it was just one theme park (Universal Studios) and the star attractions were the Back To The Future ride, the Backdraft ride and Jaws. If you’d asked me last month, whether I’m more of a Disney World kinda gal or a Universal kinda gal, my answer would have been DISNEY! But now? They’re definitely on a par! It was so fascinating to see how Universal has changed in the past 20 years – it felt like a totally different theme park. And how we navigated it has changed so much too – we made use of the Universal smartphone app which told us the queue times for each ride. 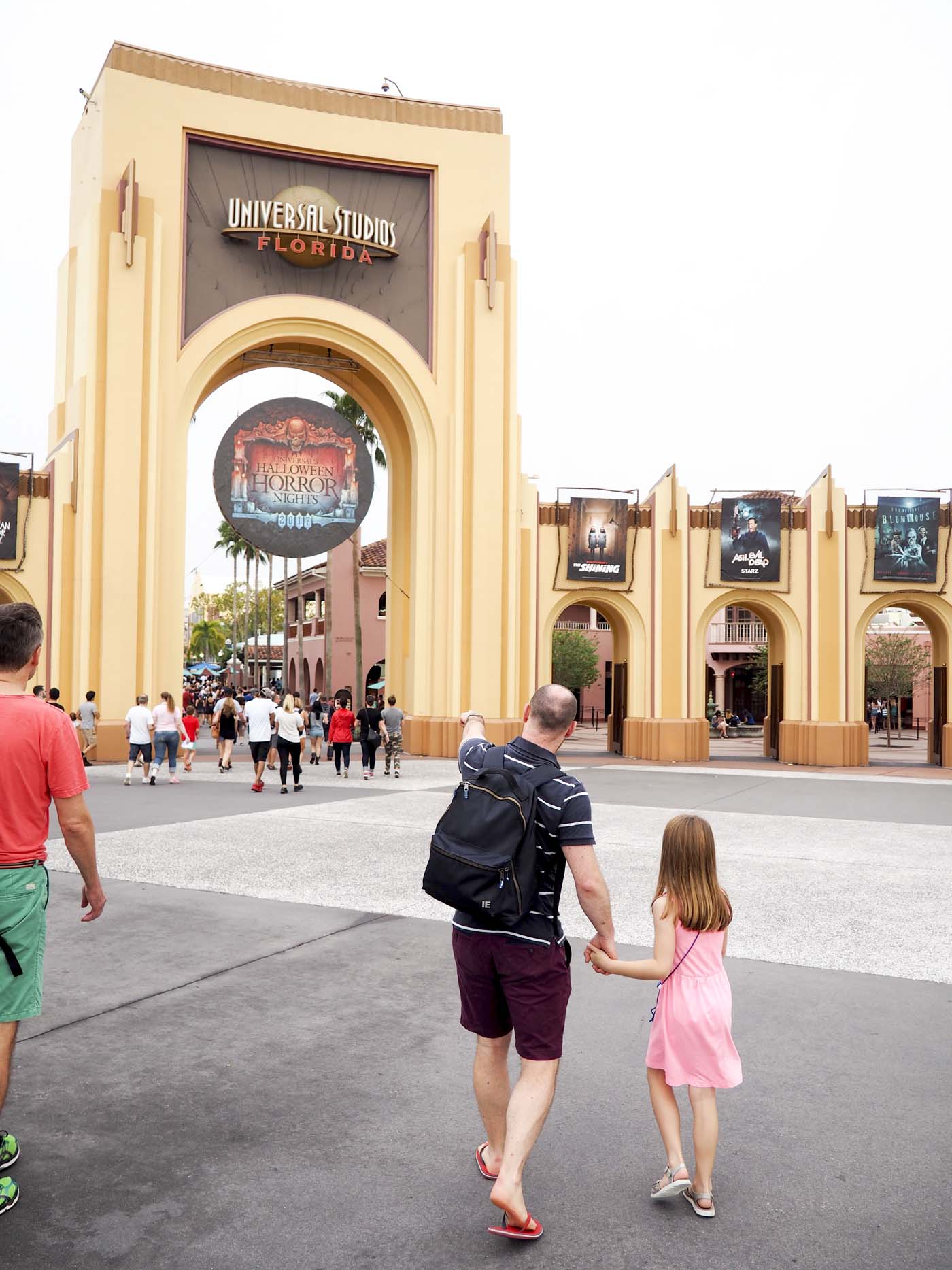 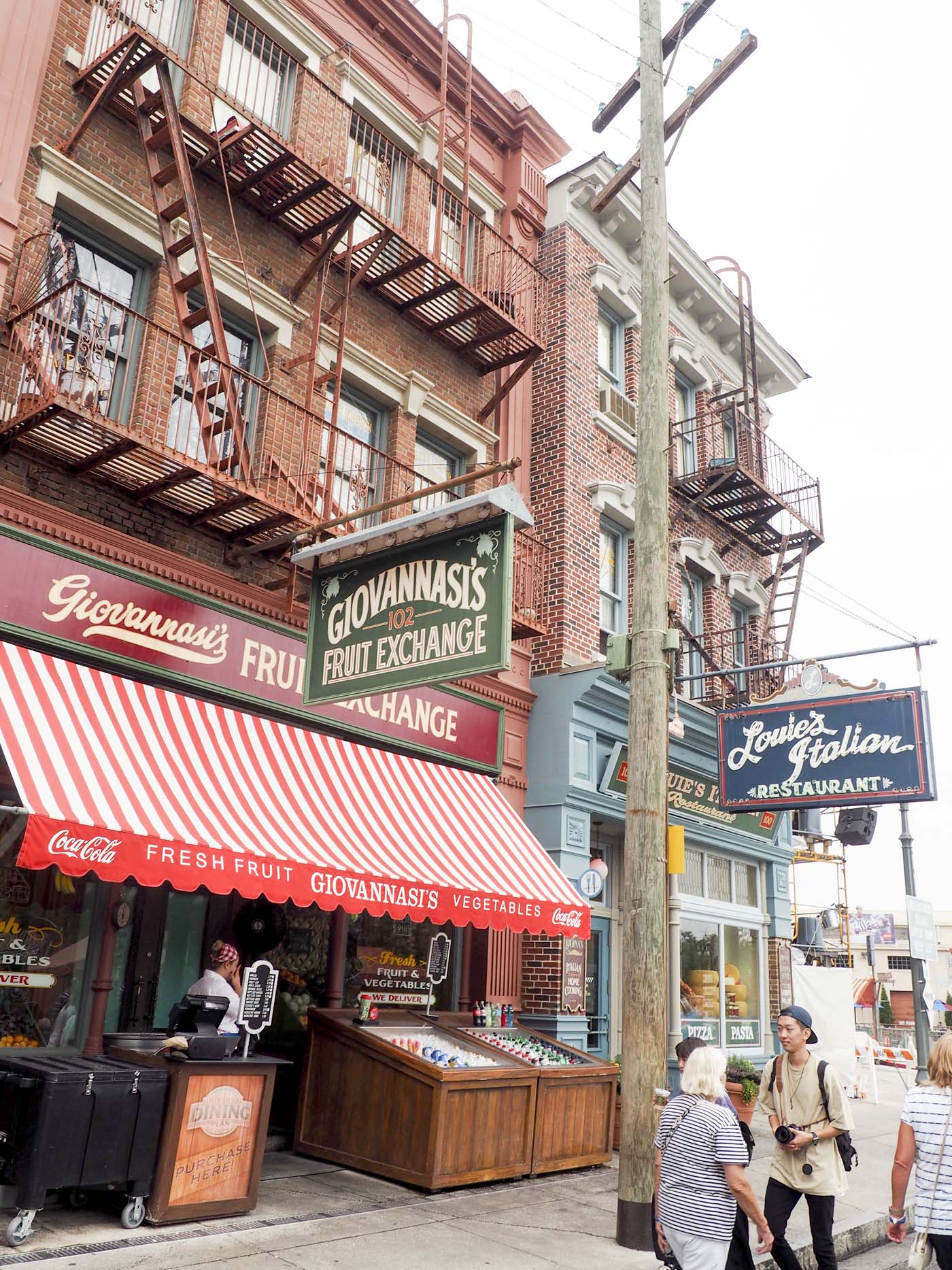 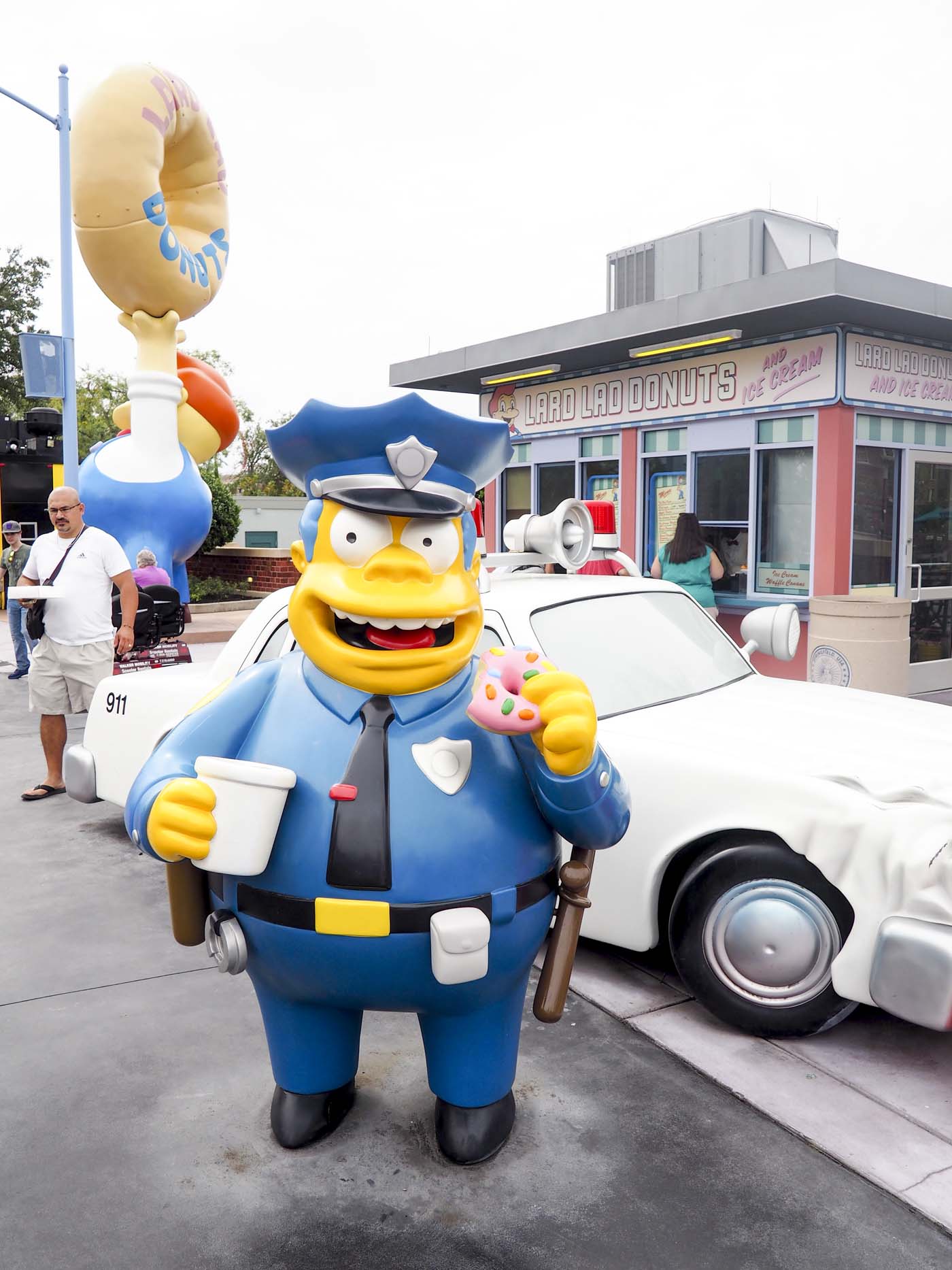 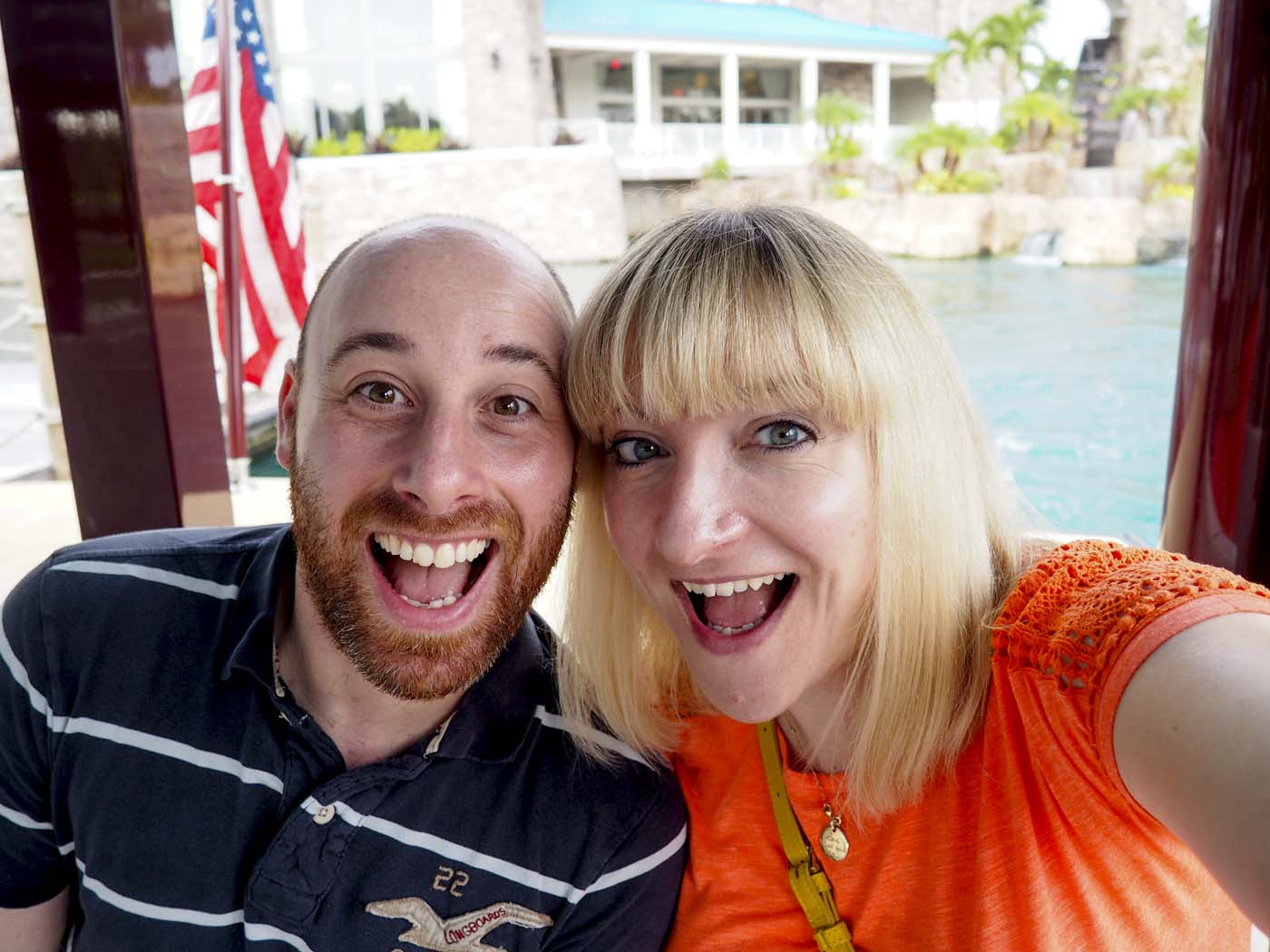 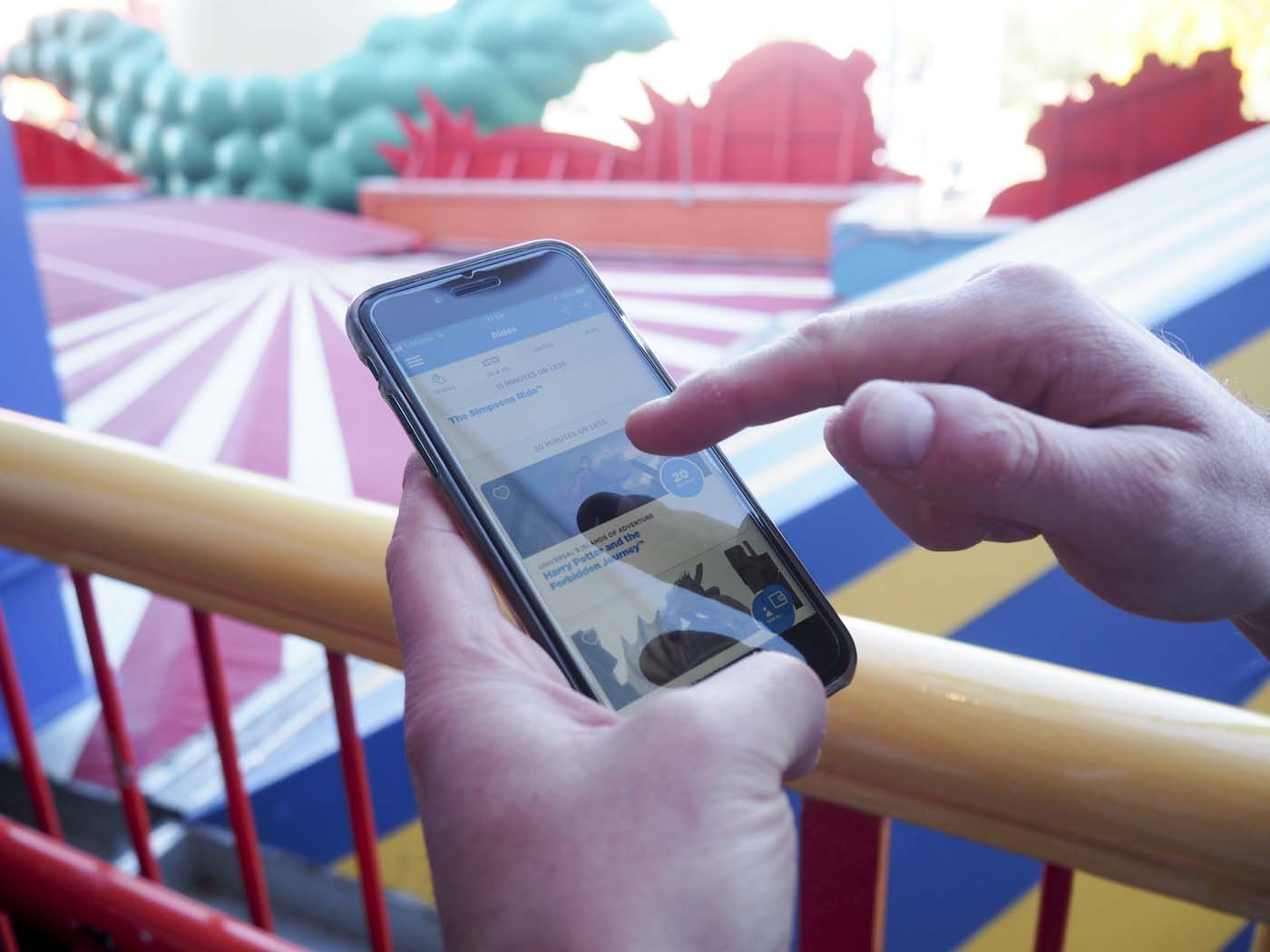 With brand new rides (The Simpsons ride was one of my favourites, the seven-year-old loved Race Through New York With Jimmy Fallon), a whole new eating and shopping area at City Walk and a whole other theme park (Islands Of Adventure), there was so much to explore. But our FAVOURITE part was…

The Wizarding World Of Harry Potter!

Having been to the Harry Potter Studio Tour in Hertfordshire, I kind of expected the Universal attraction to be similar. But it couldn’t be more different. Split into two sections – Diagon Alley in Universal Studios and Hogsmeade in Islands of Adventure – the areas are connected by the Hogwarts Express, which you board from Platform 9 3/4 at King’s Cross Station. It’s a totally magical experience, with such attention to detail that you truly believe you’re in a Harry Potter movie. The rides were amongst our favourites in the whole of Universal – Harry Potter and the Escape From Gringotts was just incredible, The Flight of the Hippogriff was the seven-year-old’s favourite and Mr P loved the stomach-churning Harry Potter and the Forbidden Journey. One of the best things is the interactive wand you can buy from the gift shops, which make magic happen at different points around the park. The seven-year-old LOVED making things move or light up! 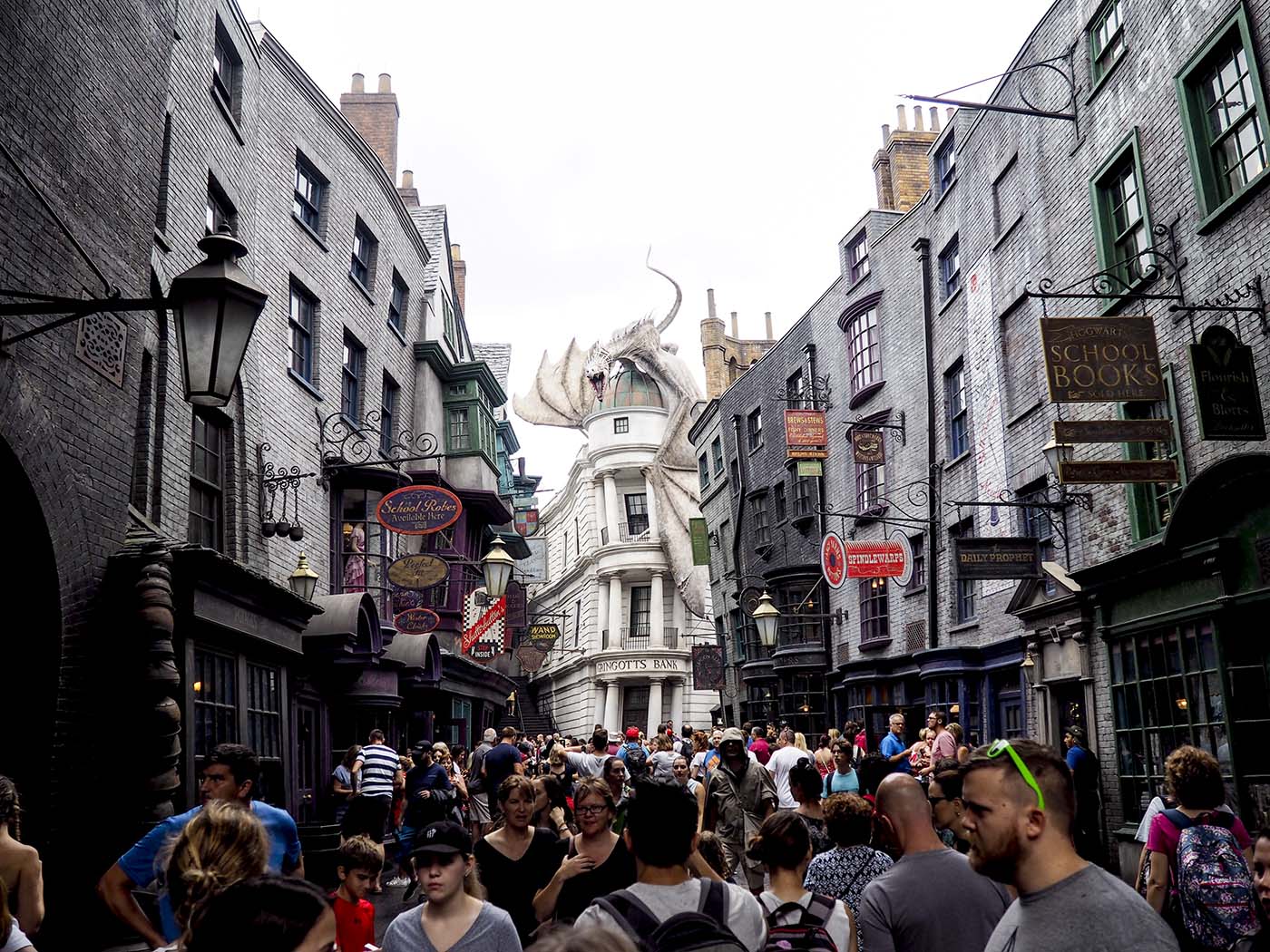 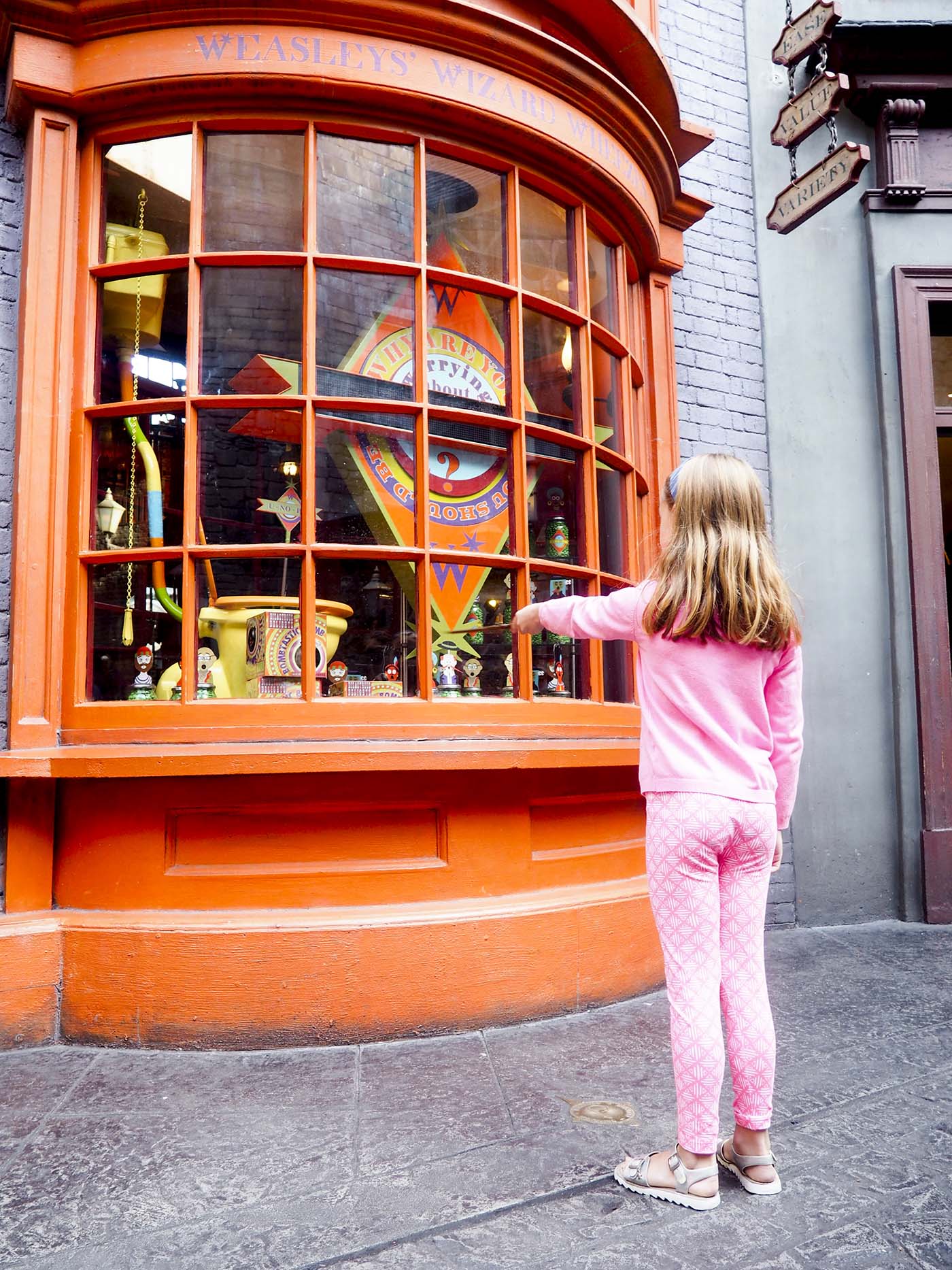 We had a VIP tour

If you ever want to splash out and make a trip to Universal Orlando Resort AMAZING, I suggest you check out the VIP tours they offer. On our first day at Universal, we were whisked around the park by our tour guide Jimmy, who not only told us all of the secrets behind the park, but took us to the front of the queue on EVERY ride. It was crazy! We went through unmarked doors, up fire escape stairs, down secret elevators and came out at the front of the queue. He also took us underneath some of the rollercoasters and told us about a lot of the history of the park. 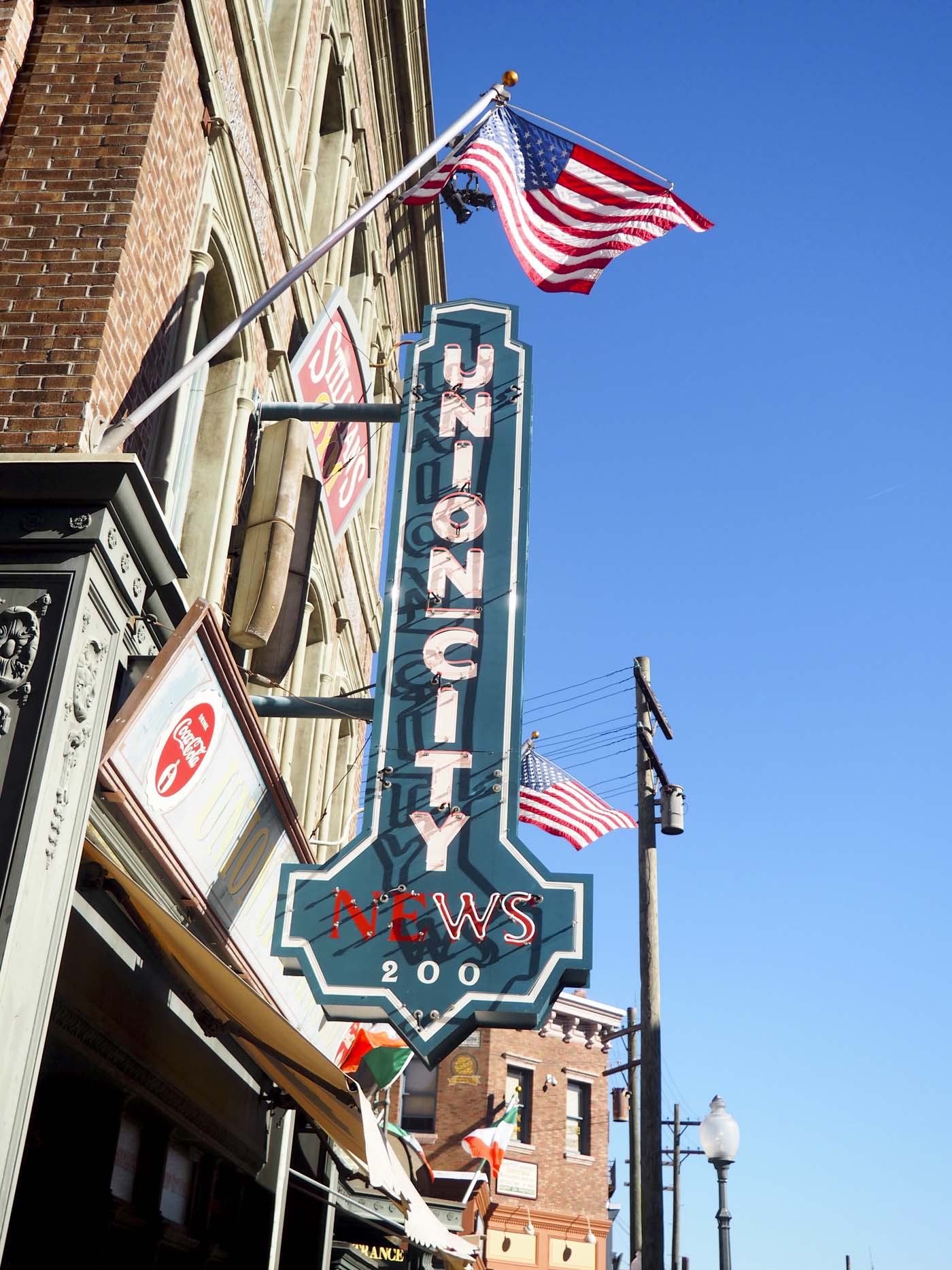 We spent a day at Volcano Bay

The newest part of Universal Orlando Resort, Volcano Bay is basically a water theme park, rather than just a water park. Once I got over my fear of walking around all day in my swimming costume (eek!) we had the best day. There was such a range of rides, from lazy rivers to terrifying sheer drops and a fab kids’ splash zone that we spent ages in. Our favourites, though, were the rides where the whole family could sit on a ring and go down the slide together. I loved the TapuTapu wristbands that all visitors have, which you tap on a ride entrance – it places you in a virtual queue and tells you when to come back. So handy! 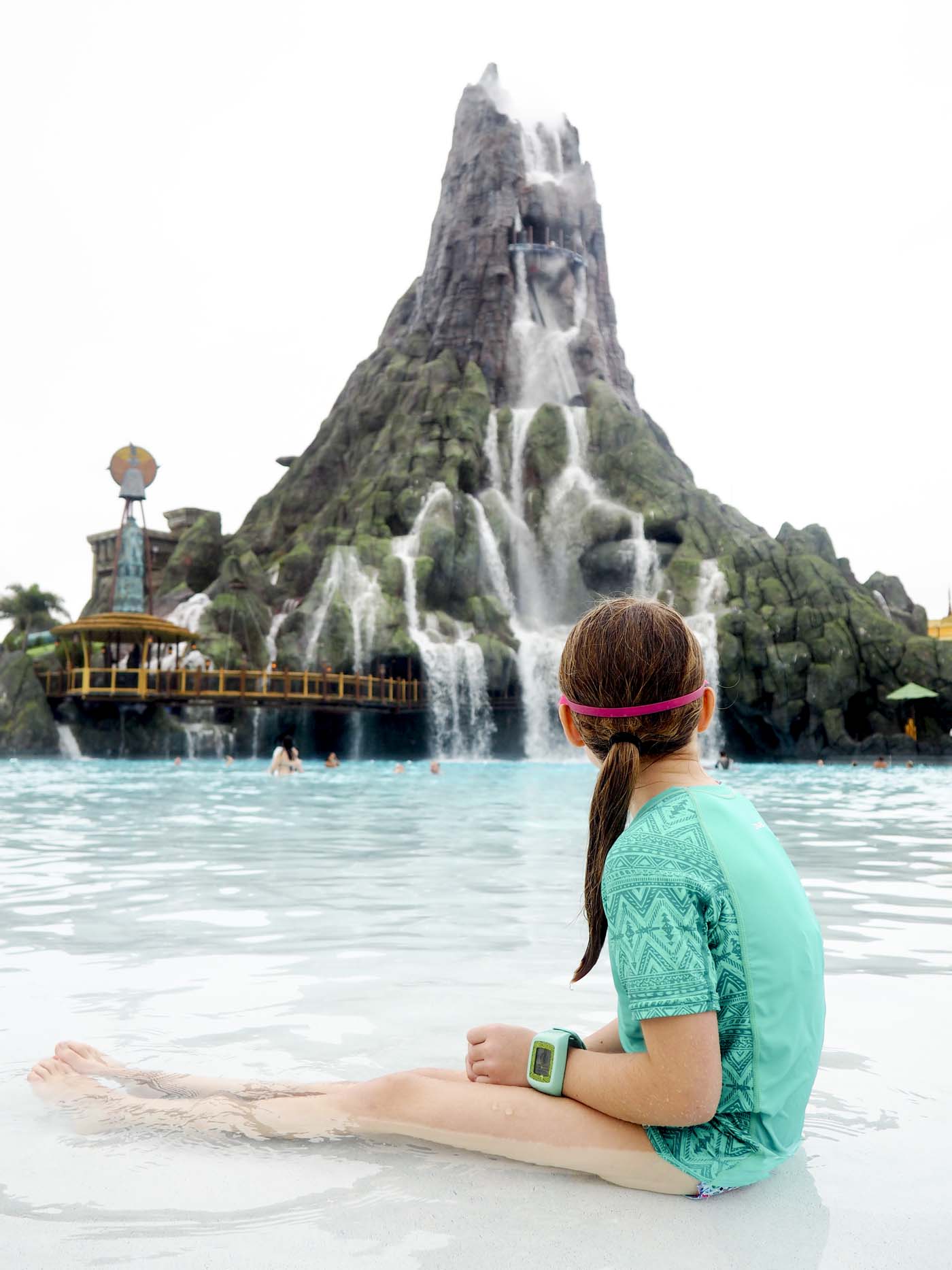 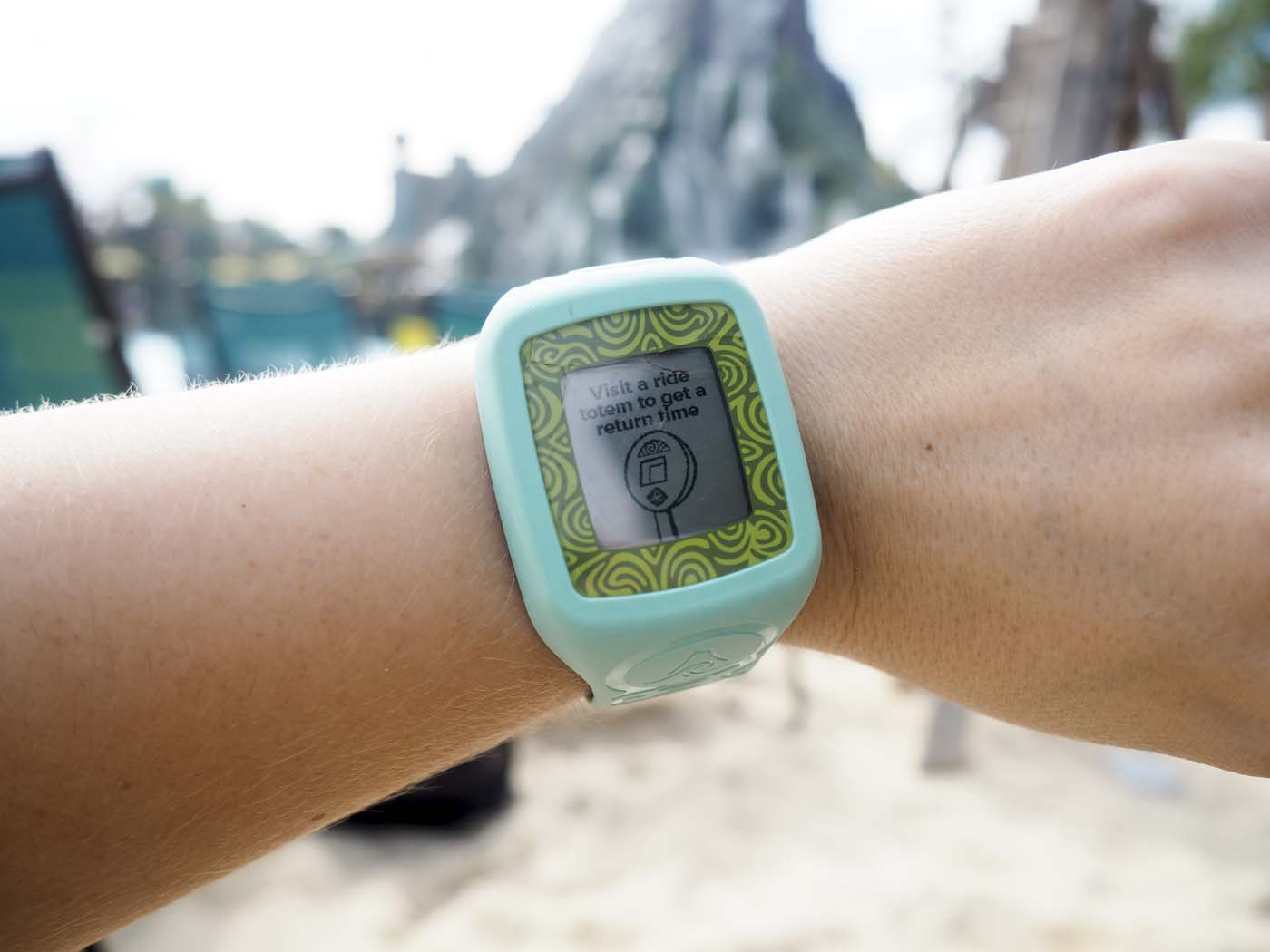 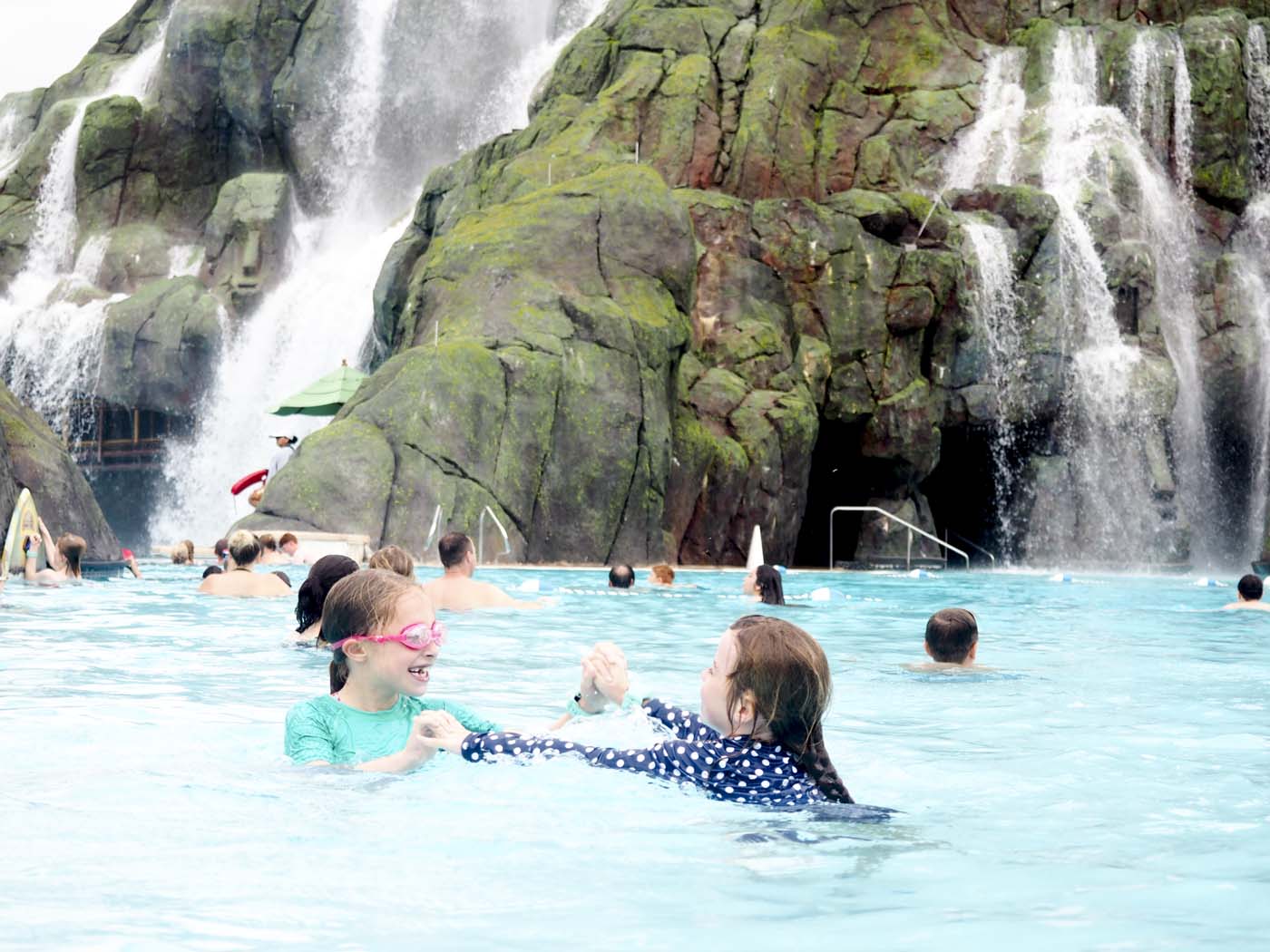 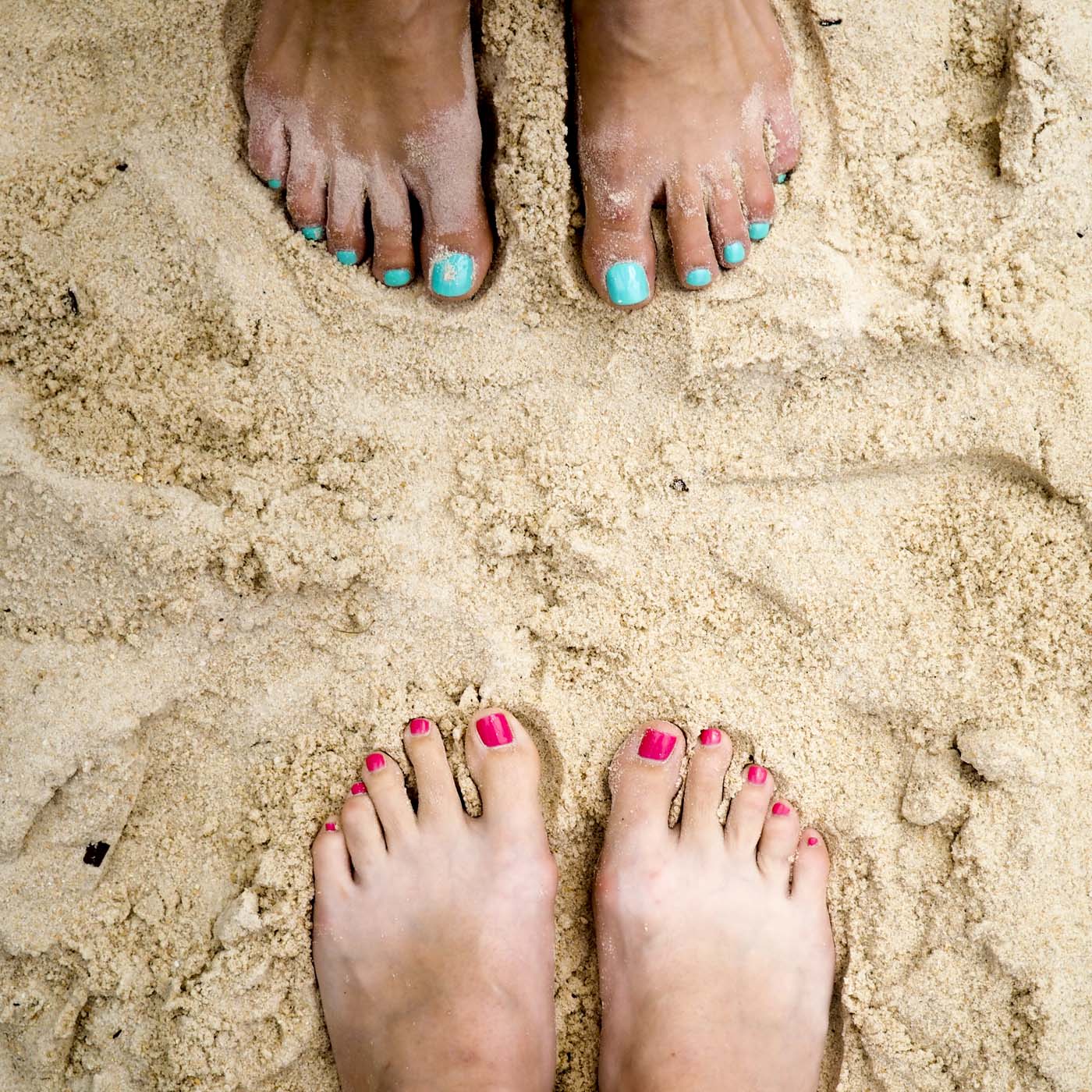 There are so many great places to eat at Universal Orlando Resort. One of the highlights, for us, was dinner at The Toothsome Chocolate Emporium & Savory Feast Kitchen. On City Walk, this place is THE place you want to come, if you love milkshakes, desserts and pancakes. They also do a whole menu of savoury food too – we left the restaurant properly stuffed!  Just look at the red velvet milkshake we ordered… 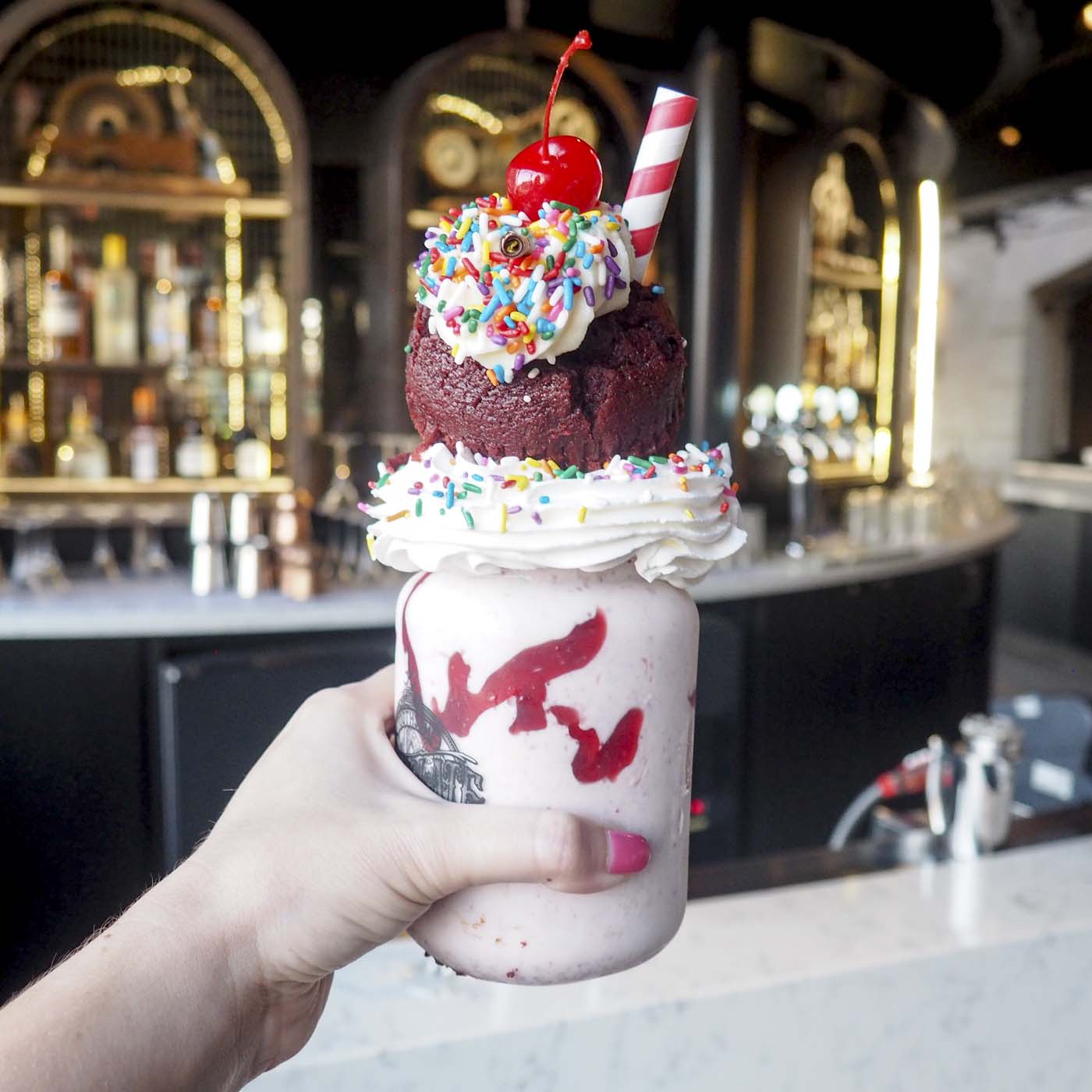 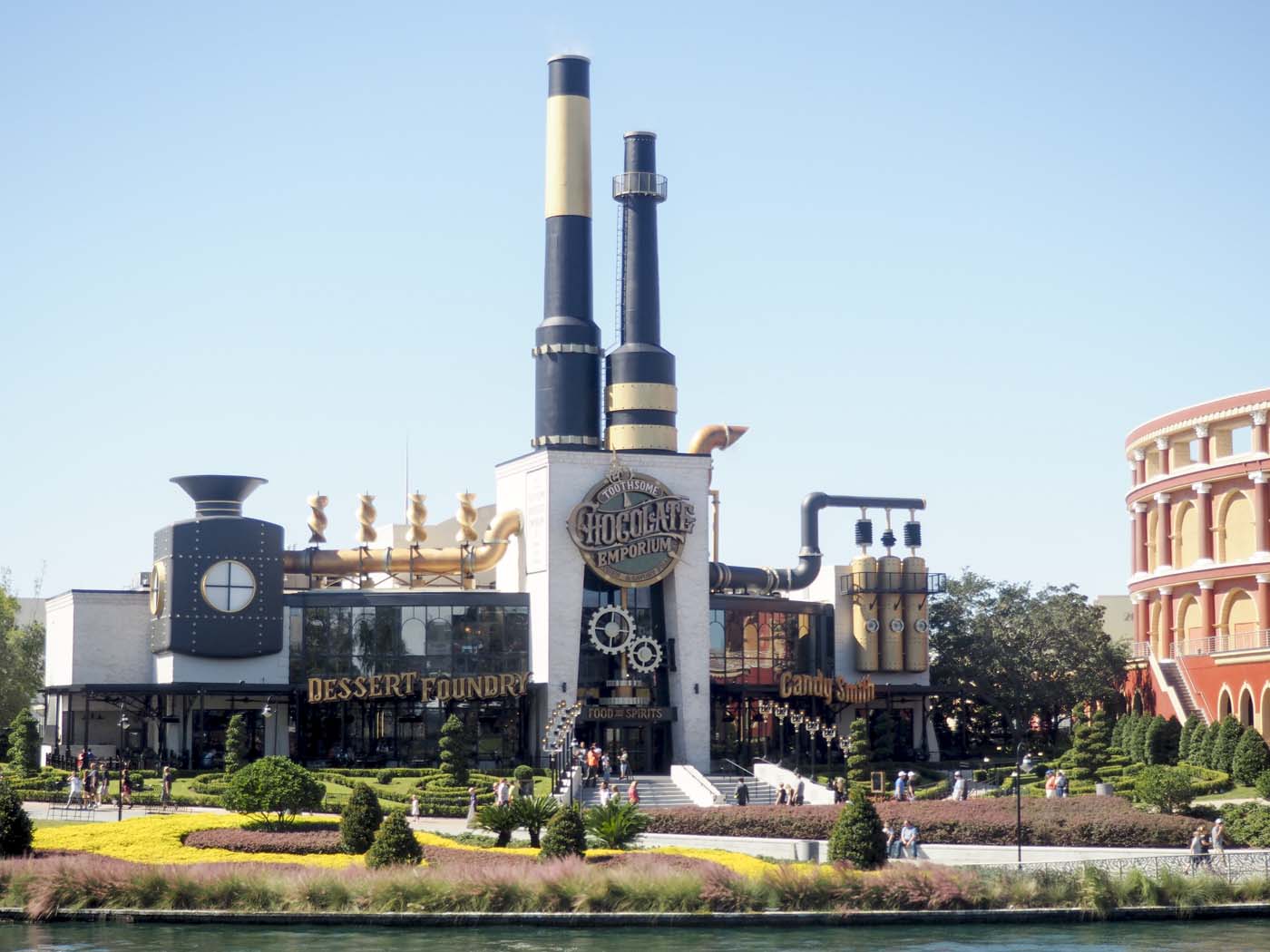 This was another favourite eating place – The Cowfish – where they’ve thought nothing of casually fusing sushi with burgers to create the most incredible dishes. I ordered a bento box of sushi, edamame and mini burgers but they also do a Burgushi – a combination of burgers made with sushi stuff, and sushi built with burger stuff. Mind blowing. 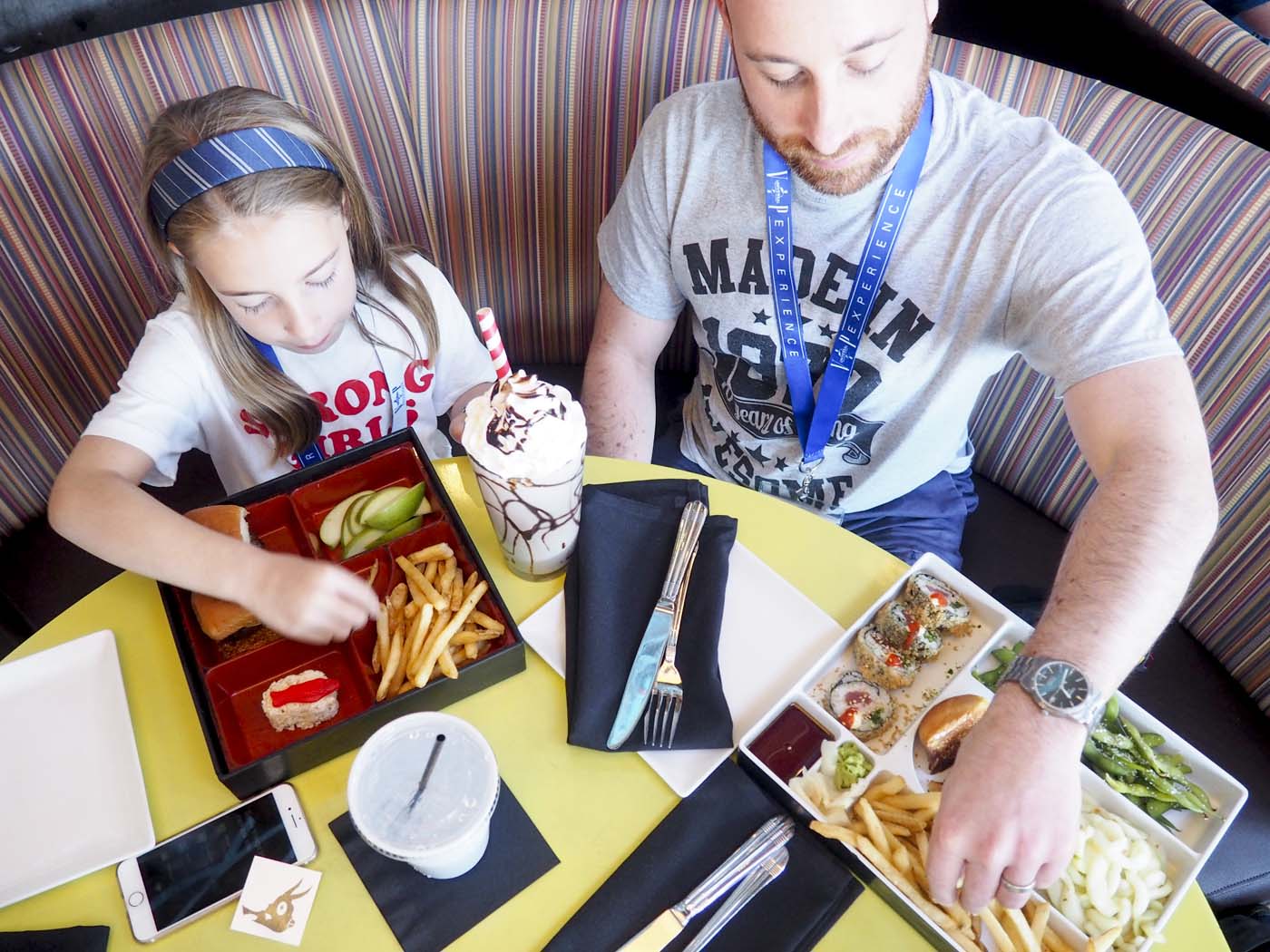 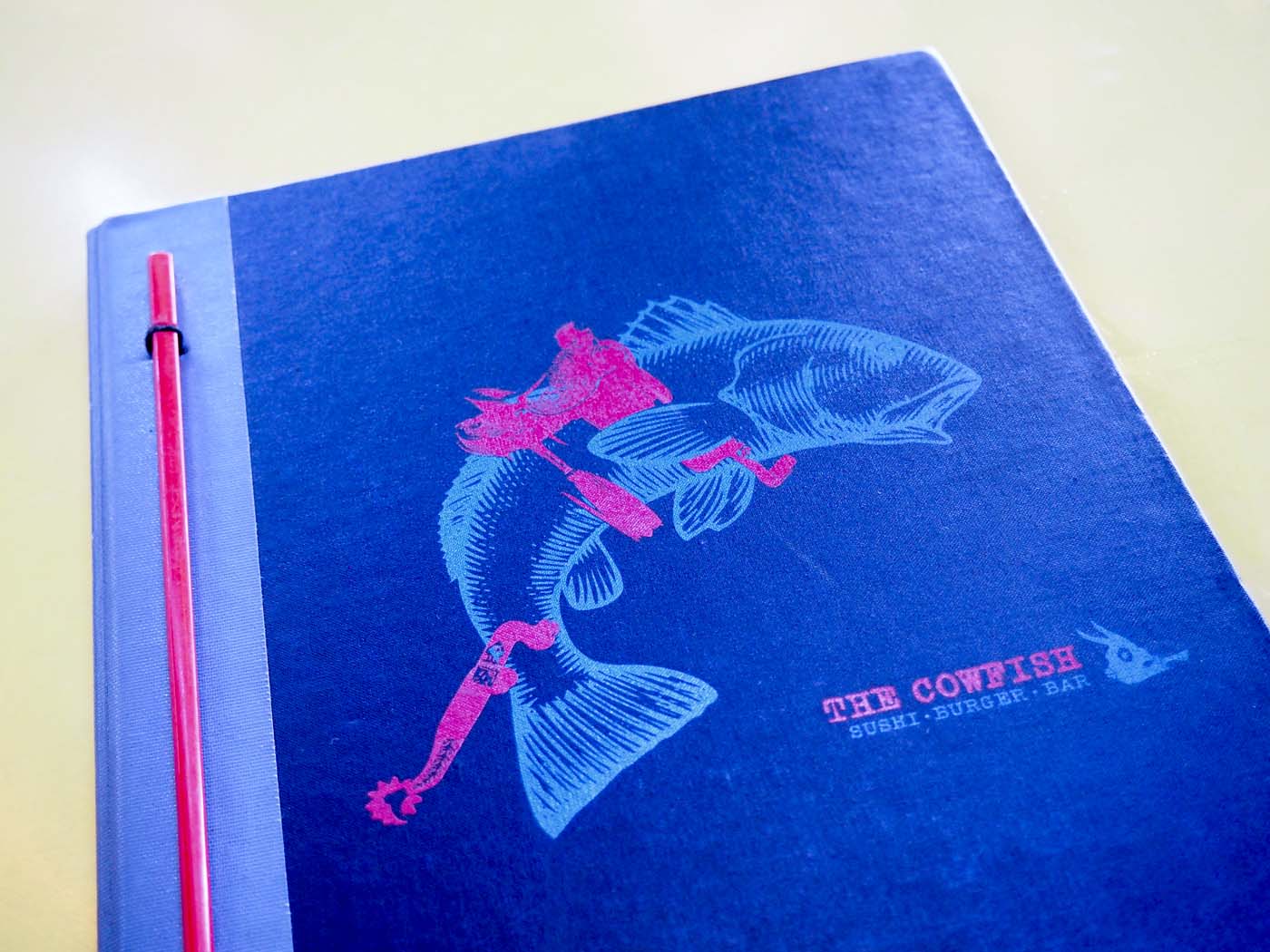 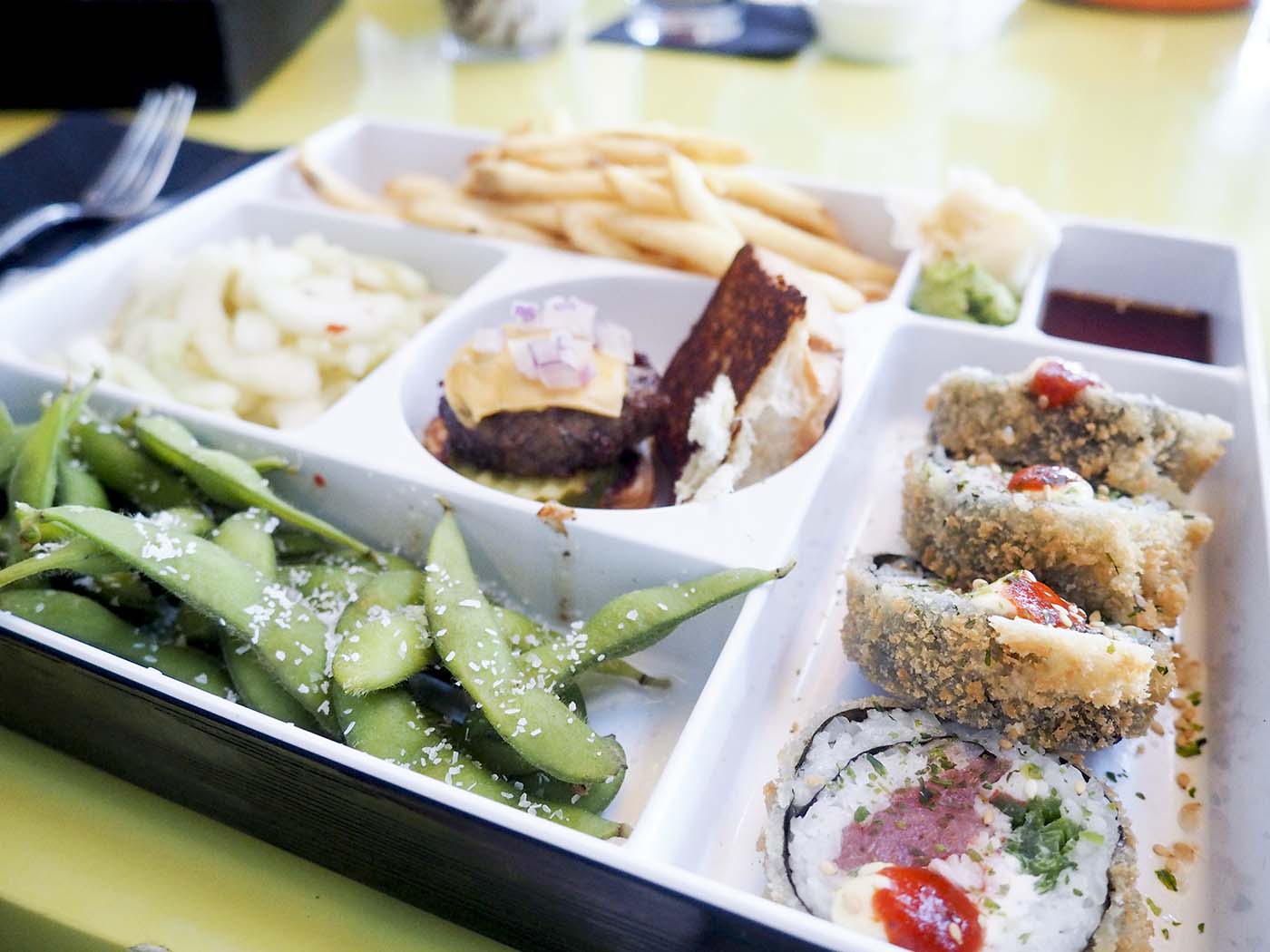 The mix of sunshine, laughter, good food and a touch of magic made this the most incredible holiday. And, OK, I’ll admit it, I’m a massive child at heart, so theme park holidays are always going to appeal to me. But Universal Orlando Resort genuinely impressed me, and now we’re desperate to go back again. Even to try out some Burgushi, if nothing else…

This trip was kindly arranged by Mumsnet, Universal Orlando Resort and Virgin Holidays. I am a member of the Mumsnet Bloggers Panel, a group of parent bloggers who have volunteered to review products, services, events and brands for Mumsnet. I have not paid for the holiday featured above and I wasn’t paid to write about it. I have editorial control and retain full editorial integrity. For more information on how I work with brands, see my Work With Me page.