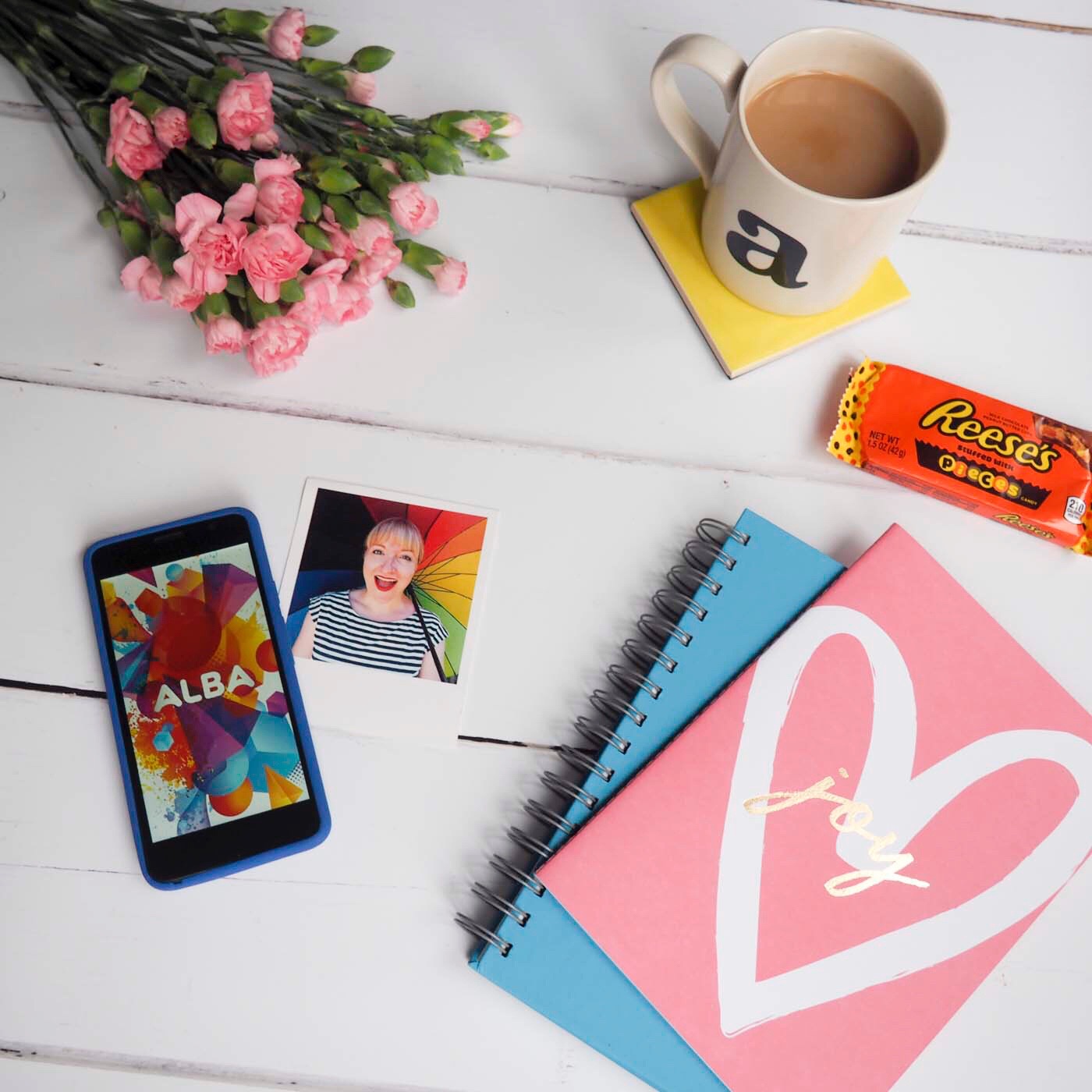 It was when I bought and downloaded an app for my ten month old baby that I first realised that we were firmly in the parents who embrace tech camp. Unlike many people who had a strict ‘no tech’ rule for their babies (those poor mites who were being deprived of Mr Tumble!) we – rightly or wrongly – introduced our little one to CBeebies on the telly and a cutesy Fisher Price app on my phone, before she even turned one.

But then, considering Mr P and I have always been quite into tech ourselves – from buying cutting edge gaming equipment to getting the latest smart phones and getting excited over buying a smart TV – it’s no surprise that we would embrace it as parents too.

And of course, with that decision comes huge responsibility. We’re the first generation of parents whose children are surrounded by tech in such a big way (the worst my parents had to worry about was me spending too long playing Tetris). So rather than blindly embracing it, I think it’s important to have boundaries and rules in place. 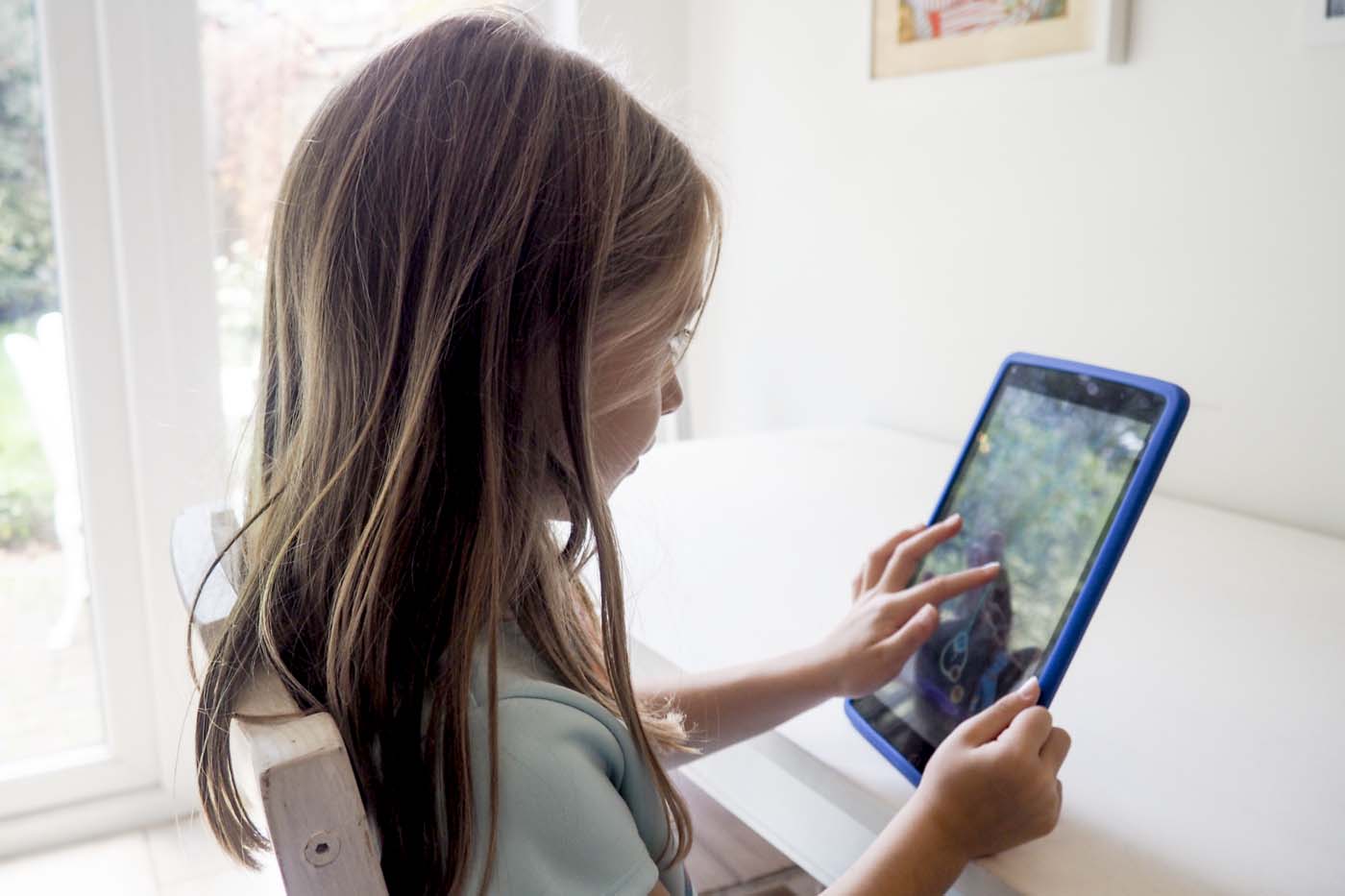 Alba have asked me to share our family tech rules, as well as trying out a few of their products as a family. If, like me, you’re happy for your kids to watch TV and use a tablet, Alba products are really worth checking out. Exclusive to Argos, it’s a very affordable range (TVs start at £99.90, tablets start at £49.99 and SIM-free phones start at £12.95) and they’ve been made with first-time tech users in mind. In fact, the first TV I ever had in my bedroom, age 13, was an Alba (back in the day when we only had four TV channels….)

So first up, our rules:

So what did we think of the Alba products we were sent to check out? 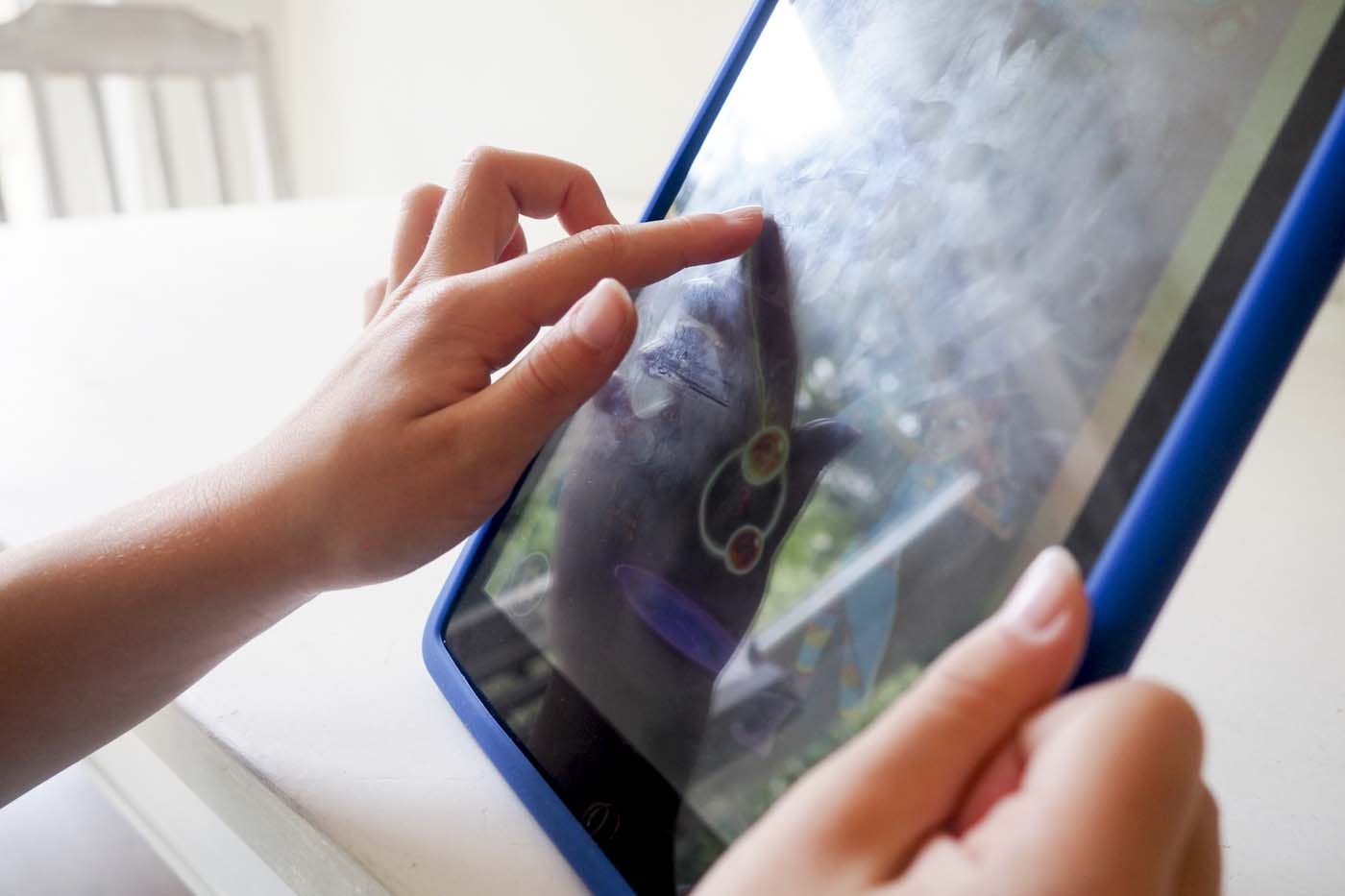 We’ve used this every day, without fail, since it arrived. Coming with a handy silicone case, we can allow the seven-year-old to use it without worrying about her damaging it too much. The large screen is great for her watching TV and films on it, and it comes with the TeenLimit app, which has parental controls like a timer which shuts the tablet off at a set time, geo-location and app blocking facilities. This will come in really handy when we’re on a long car journey, to stop the cries of “I’m bored!” 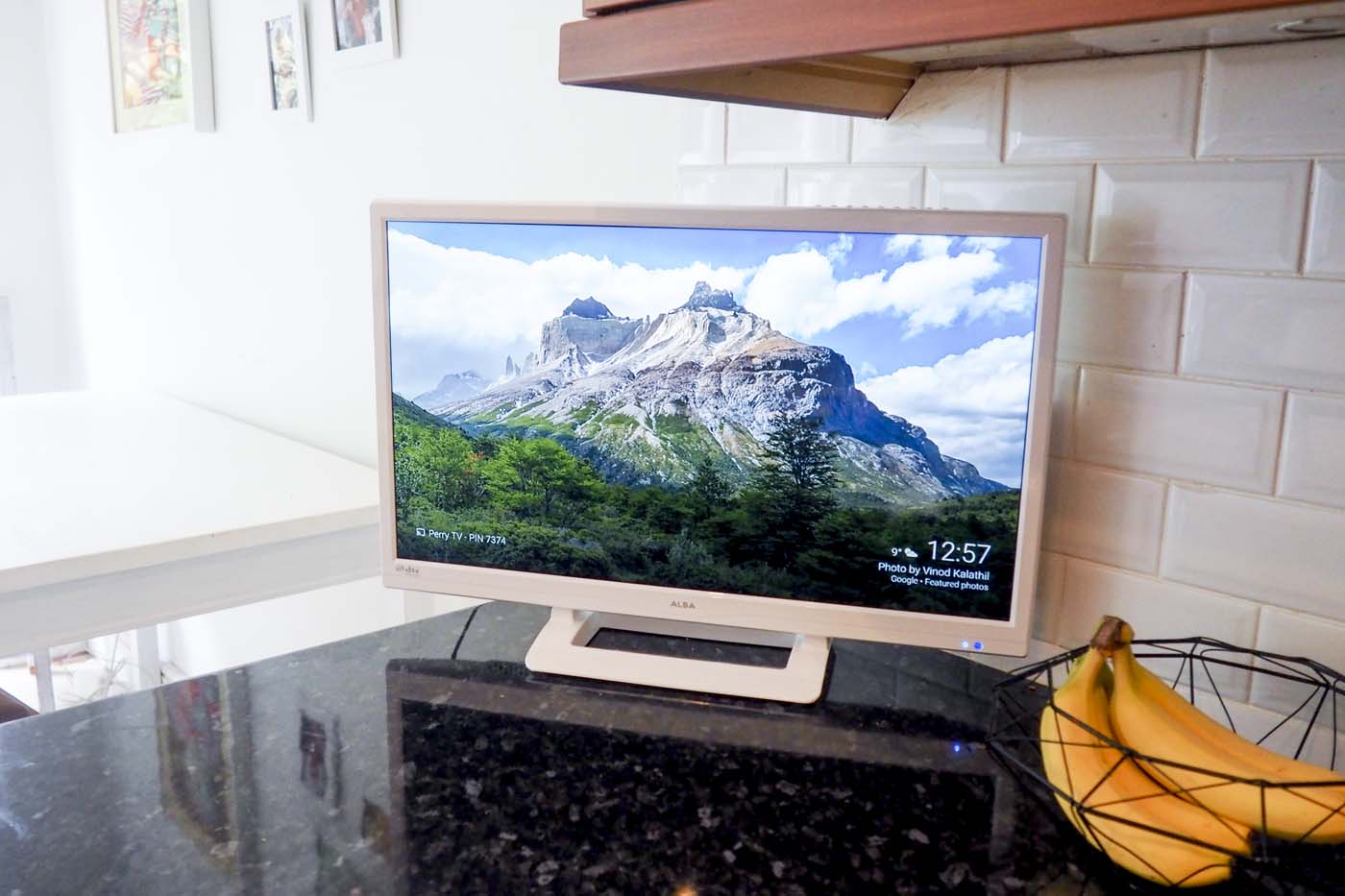 This is the perfect size for a teenager’s bedroom but since we don’t have one of those yet, this bad boy has gone in our kitchen. We’re about to transform the back of our kitchen into a sofa/TV area but until then, the TV’s home is on my kitchen worktop, meaning we can watch breakfast telly in the morning and I’ve even watched some Gilmore Girls whilst ironing. Living the dream! It has a built-in DVD player which the seven-year-old loves as she has a bunch of kids’ movies on DVD, which she can now watch with ease (we don’t have a DVD player in the living room anymore.) 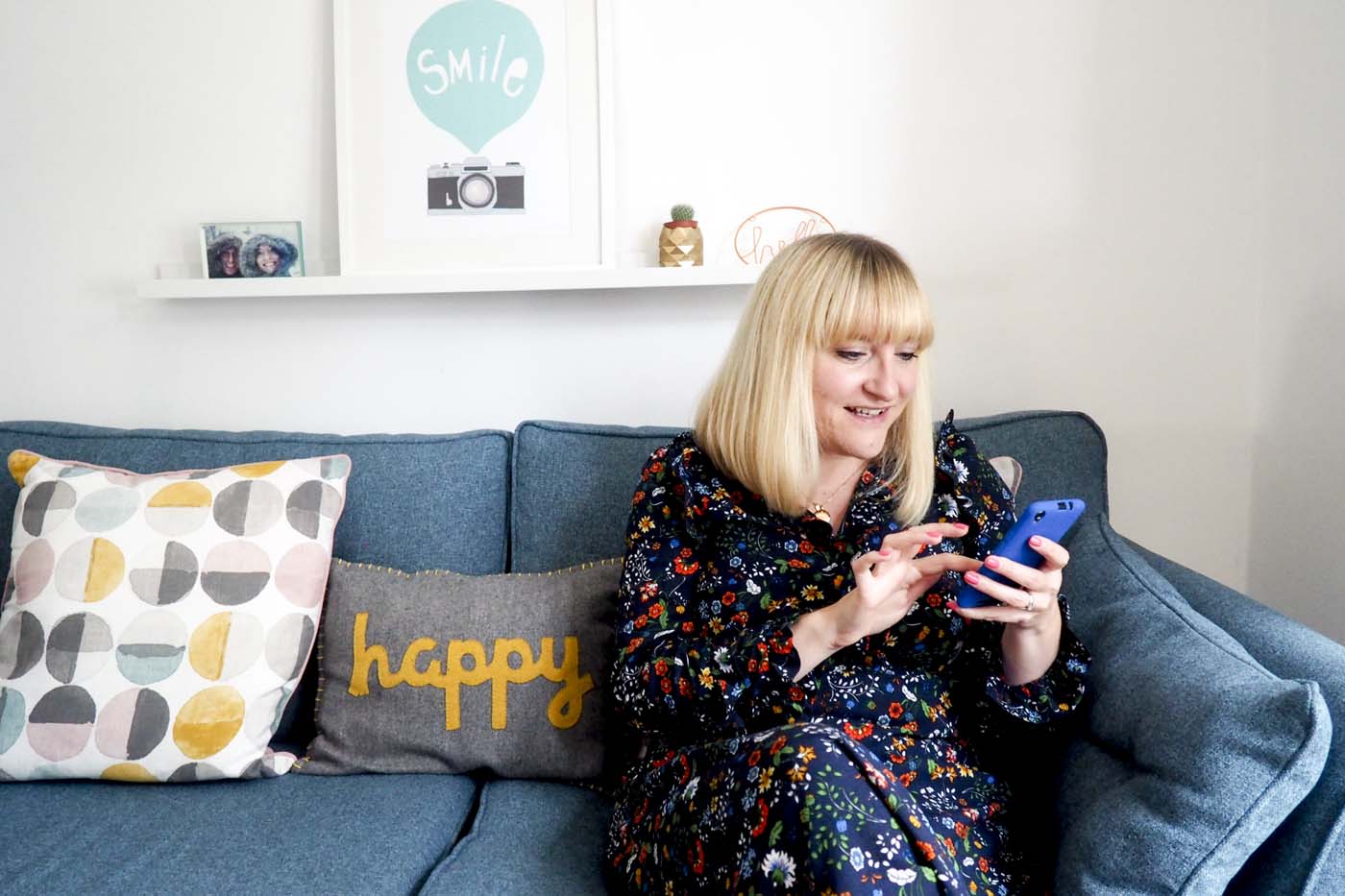 I can’t believe how reasonably priced this Android smartphone is! It has all the functionality you’d need in a phone – and it would be ideal for a teenager, as you can use the TeenLimit app, with its geo-location, timer and app blocker to keep them safe. One rather nifty feature is its ability to take two SIM cards, so you could have your work and personal numbers on one phone. It has a 8mp rear camera and a 5mp front camera and has the same silicone covers that the tablet comes with.

So we were really impressed with the Alba products we’ve been trying out – they genuinely seem like a great option for buying kids and teens tech, when you don’t want to spend a lot and you want safety features too.

Do you have any other rules when it comes to managing tech use in your family?

This post was commissioned by Alba and as always, all views are my own. For details of how I work with brands, see my Work With Me page.