If you’re NOT going to LolliBop 2013, you need to rethink this situation. Assuming you’re a parent that is. If you’re reading this, and you’re not a parent (why are you reading my blog?) then you should definitely not go to LolliBop – it’ll be your idea of hell.

But parents, seriously, you should go.

LolliBop is the UK’s biggest kids’ festival. Imagine Glastonbury for little ones. There’s kids entertainment, as well of hundreds of activities, workshops and interactive areas. We went last year, and despite the oppressive muggy, sweaty, rainy weather that day, we had such a fun time. Our then-23-month-old was quite possibly a touch too young to fully appreciate most of it, but she had a whale of a time in the ‘3ft And Under’ section, playing with Wow toys, dancing and ducking in and out of the play houses. (She also learned a valuable life lesson when a fellow toddler bit her on the arm while they were wrestling for the taps on a play kitchen. Yikes.) We watched Zingzillas and saw Katy and Alex from CBeebies, we watched the Waybuloo show and danced in bubbles made by the bubble guns that every child was clamouring for. We loved it. 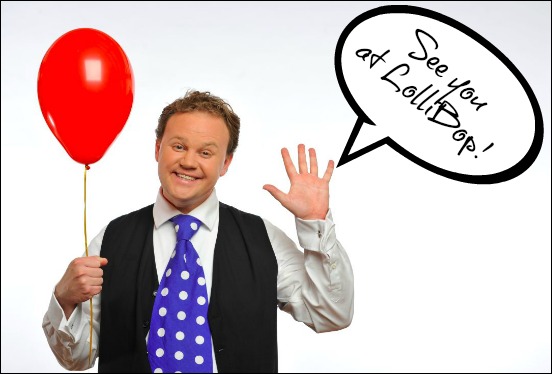 This year, LolliBop is in a new venue (the Queen Elizabeth Olympic Park in Stratford, East London) and the line up looks even better – actual Justin Fletcher will be performing. Rastamouse will also be there, along with Peppa Pig and George and there will be a Shaun The Sheep Championsheeps taking place too. My daughter will be almost-three when we go, and she will ‘get it’ so much more this year. As an official LolliBop 2013 blogger, I’ll be flagging up any big announcements beforehand and I’ll be tweeting from the festival in August – it’ll be JUST LIKE being there yourself. If you want to actually be there yourself, tickets are on sale. See you there? 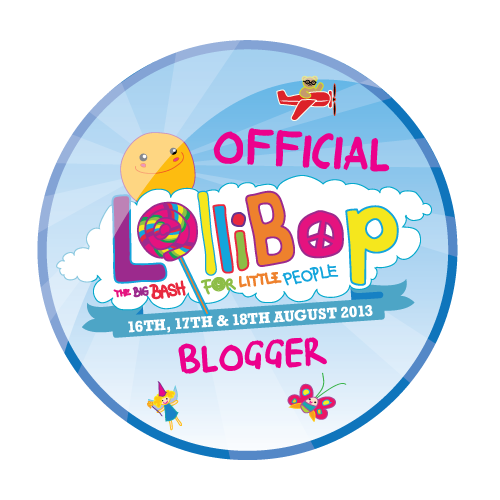