This was one of the first kids’ apps I ever bought – I think my daughter was around three months old at the time. Back then, she loved just looking at the primary colours moving in front of her eyes. Later, she really started to interact with it. Split into four sections (Farm, Sea creatures, Animals and Vehicles) the app allows the user to play a game of peekaboo with a series of animals and vehicles. With the touch of a finger, the app’s voice asks “Who’s there?” One more touch of the finger reveals who is there and a voice says “Peekaboo, cow/tractor/train”. The simple animation, animal/vehicle noises and written words means it teaches your child basic noises and words from an early age. Plus, it’s very gentle for kids (and not too annoying for grown ups). 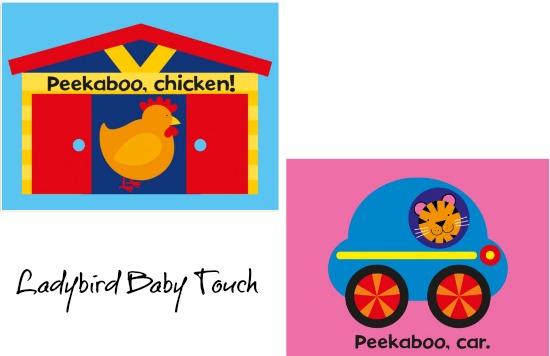 Last Christmas, my San Francisco-based geek brother gave his two-year-old niece a £20 iTunes voucher and I was instructed to buy “every game Toca Boca has made”. Toca Boca is a Swedish kids’ app company, now based in SF. I’d never heard of them at that point, but I found nine games on the App Store, and bought them all. Paint My Wings is one of my favourites. You can choose from a selection of paint colours and brush sizes to paint onto a butterfly’s wings. Whatever you paint onto one wing, appears on the other wing as a mirror image, allowing you to create cute designs very easily. You can save your designs onto your iPhone/iPad camera roll, if you’re really proud of any. 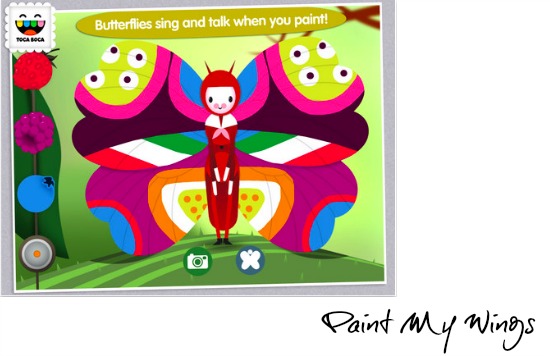 We downloaded this app just before we went on holiday in April and it was brilliant because it shows Peppa and her family doing all the things we were about to do. There are seven sections of the game – The Airport (where you have to help put bags on the conveyer belt and remember what items you see in the x-ray machine – very Generation Game), Going To The Beach (where you dress Peppa and George in their swimming gear and put sun cream on them), Swimming Race (where Peppa, George, Mummy Pig and Daddy Pig all race each other in the swimming pool), Postcard (where you can move characters and objects around to make a postcard), Ice Cream (where you create ice creams for different characters, Let’s Make Pizza (where Peppa and George help you make a pizza) and the Sky High Song (which you can sing along with – you’ll already know the words if you’ve seen that episode). Each time you complete a game, you get a sticker which you can use when making a postcard. My toddler loved helping Peppa and George do all the things that she was doing on holiday. And it made putting sun cream on her, several times a day, so much easier. “Come on! Let’s put sun cream on. Just like Peppa and George do!” I’d say with a slightly overly-cheery, forced smile. 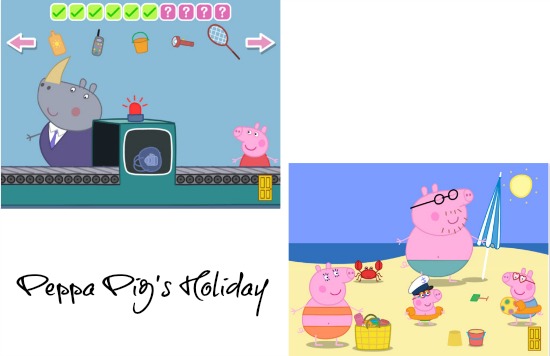 The first app from Justin Fletcher, this is an interactive story that combines video and play. The videos are of Justin (and Goldilocks herself – who looks a lot like Justin in a wig…) telling the story and telling you what you need to do in the next stage of the game (which is generally cleaning different rooms in The Three Bears’ house, tidying up, eating their porridge – you know the score!). Then you get to meet the Three Bears (who also look a lot like Justin….weird) who are very grateful for all the tidying. 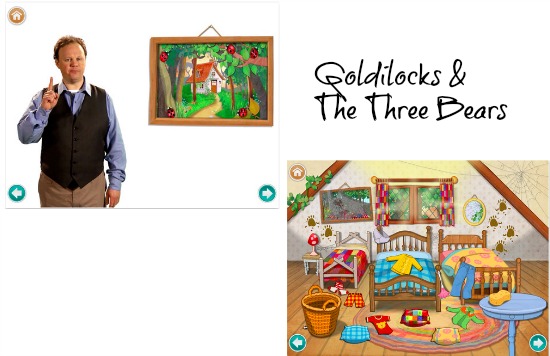 Another Toca Boca app, Toca Tailor allows you to dress a character, customise the style of clothing (long sleeves? short top? long skirt?), choose the fabrics and accessorise with buttons and hats. There’s a slight chance that I might enjoy playing this more than my two year old, but she has a go, and she might not have grasped yet that blue and green must never be seen, but she can create a tartan and floral clash combo to make any fashionista proud. Plus! I’ve just discovered that you can place your newly-dressed character into a real life scenario using your phone’s camera. Below (right) is my attempt at being a fashion designer with my character standing on my laptop. Ooh! Technology! 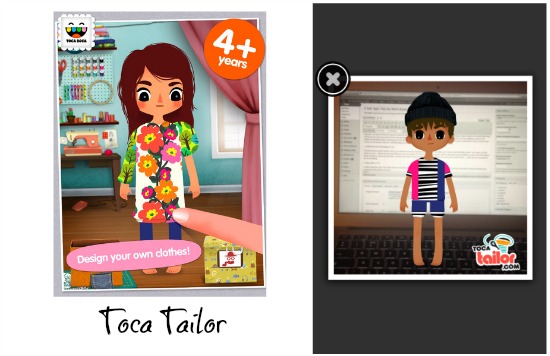