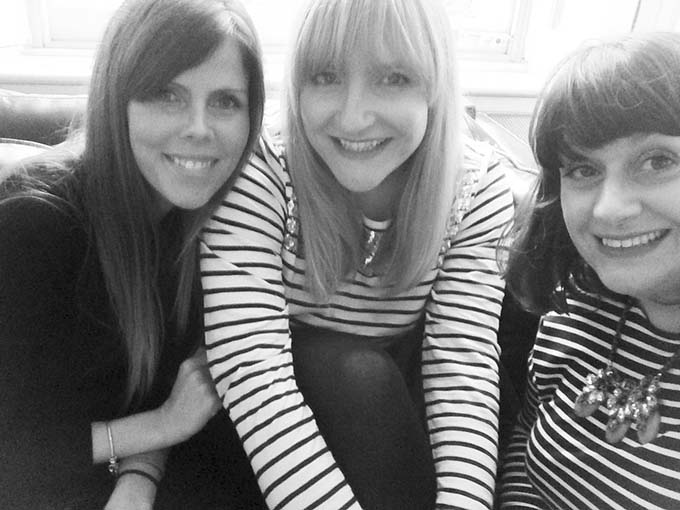 First impressions can be misleading. Take the first time I ever saw my friend Katie. I was at a posh hotel in London, heading to an awards do being held by a parenting brand. I popped into the loos and washed my hands next to two girls, who were chatting excitedly and giggling together. I automatically assumed they weren’t going to the same event as me – too young and trendy, I thought. They probably work for a cool Soho company and they’re out having an after work drink. Later on, I saw them at the awards do, and both myself and one of those girls (they weren’t really “girls”, they just seemed younger than me!) won an award that night, with Myleene Klass giving us our gongs. Over four years later, Katie (pictured above, along with me and Bonita from Mama’s VIB) is one of my closest blogging friends and I often think back to the first time I ever saw her, and how first impressions can be so wrong*.

I had a similar experience with a shop in my local town centre, too. SWAG is a jewellery shop there, and for a good few years after moving to Bromley, I didn’t go in, as I assumed it only sold overly “blingy” jewellery and wasn’t my kind of place. It wasn’t until I was looking for some jewellery for a friend’s birthday a few years ago that I first went in and realised the staff were really friendly and they have some really (really) lovely jewellery.

My first impression of SWAG was further shattered last week when I met the Ferris family, who own SWAG. Bill Ferris opened the first SWAG store in Kingston, 41 years ago. His son, Ed, took over the company in 2005 and Ed’s brother Tom, Ed’s wife Mim and his cousin Chris all work for the company too. Meeting Ed, Mim and Tom last week, it really struck me how important family is to these guys.

This is only further emphasised by SWAG’s partnership with government initiative Your Parent Guide. A magazine which will be given to new parents when they register the birth of their baby, Your Parent Guide will include lots of expert tips and advice about everything from breastfeeding, bottle feeding, PND, weaning and more. 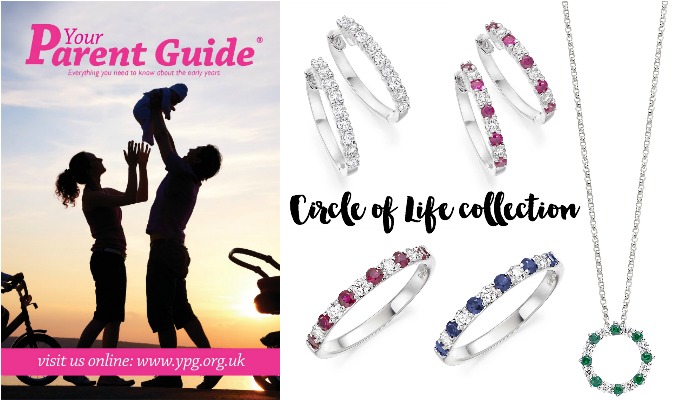 To celebrate this collaboration, SWAG have launched a new range of jewellery – The Circle Of Life collection, with eternity rings, pendants and earrings in a variety of precious stones like diamond, sapphire, emerald and ruby, and ranging in price between £595 and £850. The idea is that one of these pieces can be bought for a mum to mark the birth of a baby (let’s face it, a cup of tea and slice of toast can feel like the best thing ever, post-labour, but wouldn’t a gorgeous diamond ring be nice too?!).

I love the whole idea behind SWAG’s new collection and their collaboration with Your Parent Guide. Even better, SWAG will be donating 20% of all proceeds from its Circle Of Life collection, to pre and post-natal depression charity, PANDAS. This is such an important charity, and was set up by the inspirational Rachael Jones, who suffered so badly from post-natal depression, she wanted to offer support and advice for others. 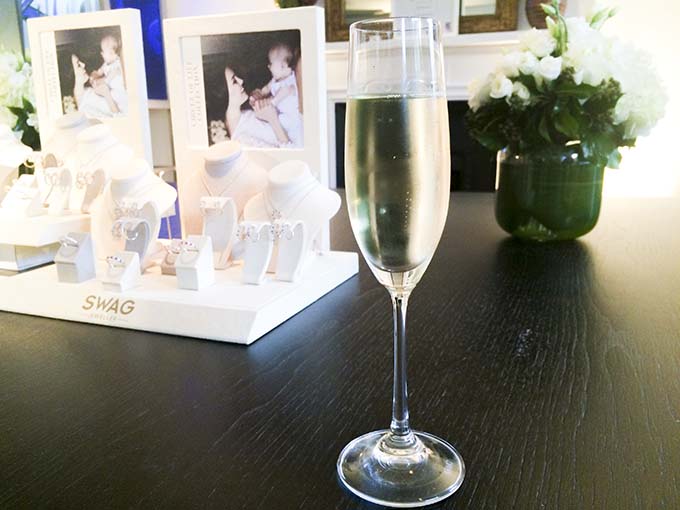 Anything that supports new parents, and celebrates the amazing wonder that is giving birth to a baby, gets the thumbs up from me. I could tell, when I was sitting chatting to Ed and Mim Ferris last week at the Circle of Life launch party, that this means so much to them.

Check out this video of Ed talking about the collaboration here and keep your eyes on the SWAG website for when the Circle of Life collection launches this week.

This post was commissioned by SWAG and, as always, all views are mine. *Katie IS young and trendy, by the way. She says, digging herself out of a hole.