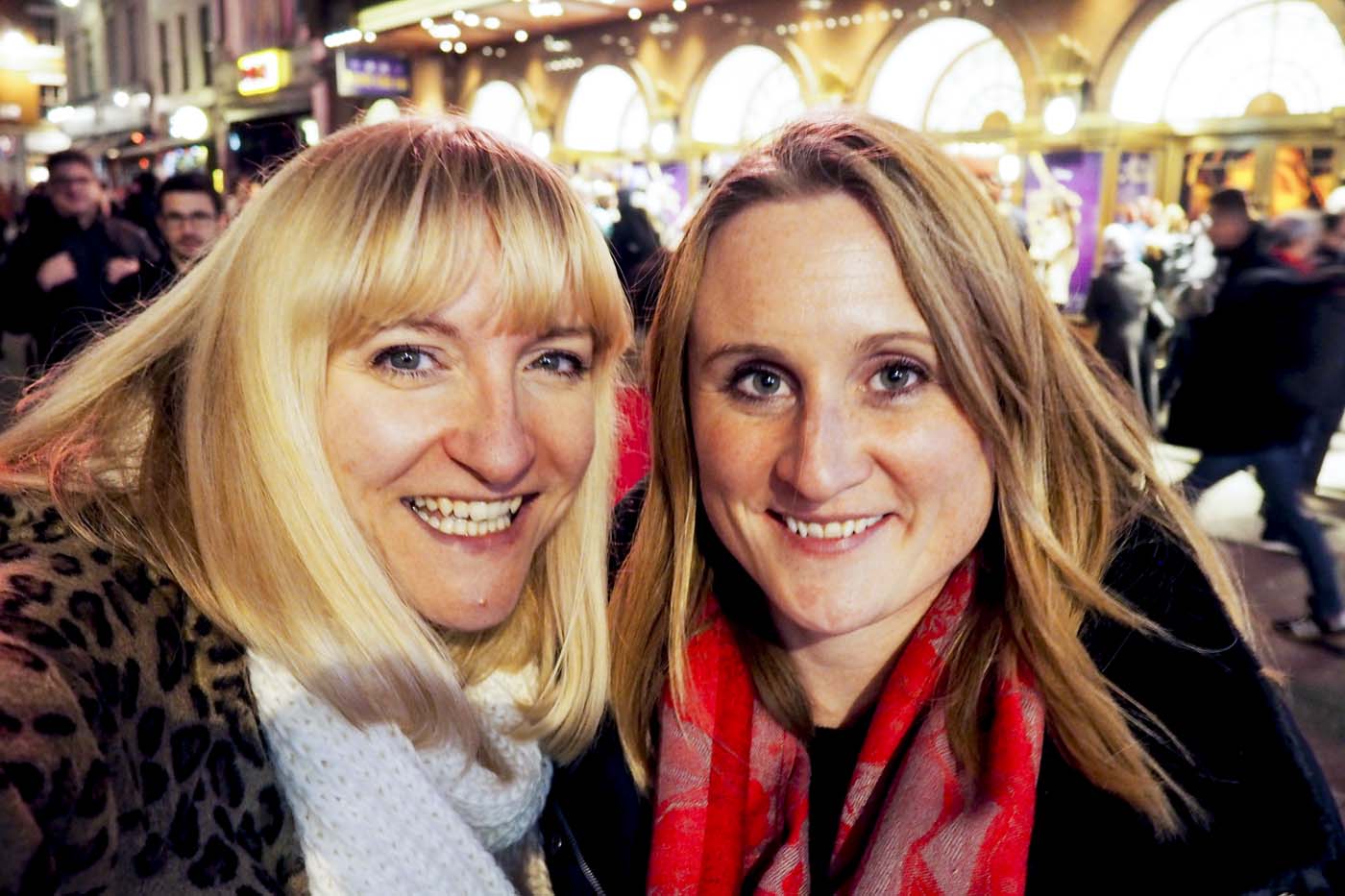 Imagine a musical with loads of colour, sparkles, and fun. Then add some Disney songs. It’s basically a musical that’s been created for me, surely?

But no, because while Aladdin at the Prince Edward Theatre in London feels like it has been created with me in mind, the Disney production opened in Broadway in 2014 before opening in London’s West End in 2016, and apparently had nothing to do with Alison Perry!

A couple of weeks ago, I went to see the show – and OHMYGIDDYAUNT it was amazing. Like properly spectacular. Imagine the best musical you’ve seen, and times it by ten. Granted, I’m a fan of a musical. I can often be found warbling along to Elaine Paige on Radio 2, of a Sunday.

So being a self-confessed musical nut, it was a pretty safe bet that I’d love Aladdin. Especially considering I’m a big fan of all things Disney too. And it was the perfect night out for a best mate date.

I’ve been best friends with the same person  – Kim – since I was 15. We bonded, at school, over a love of Take That. We’d spend Friday evenings practising the Could It Be Magic dance routine in front of her parents’ telly and watching Blockbuster Video rentals like Speed or Clueless, while we ate pizza. By some stroke of fate, we now both live in South London, so over 20 years on from those Take That loving days, we still see a lot of each other, and we like to go on regular best mate dates.

So last week, we met in Soho, had a quick bite to eat and then headed to the Prince Edward Theatre on Old Compton Street. We were both giddy with anticipation as we collected our tickets and found our seats (via the bar to get a G&T of course!) I worked out that it had been two years since I last saw a West End production, and my then-five-year-old drew and coloured her way through the show because she was a bit young to follow the storyline. I felt a bit bad that I hadn’t brought her to see Aladdin, but do you know what: it was SO good that I’d happily buy tickets and take her to a matinee another time. 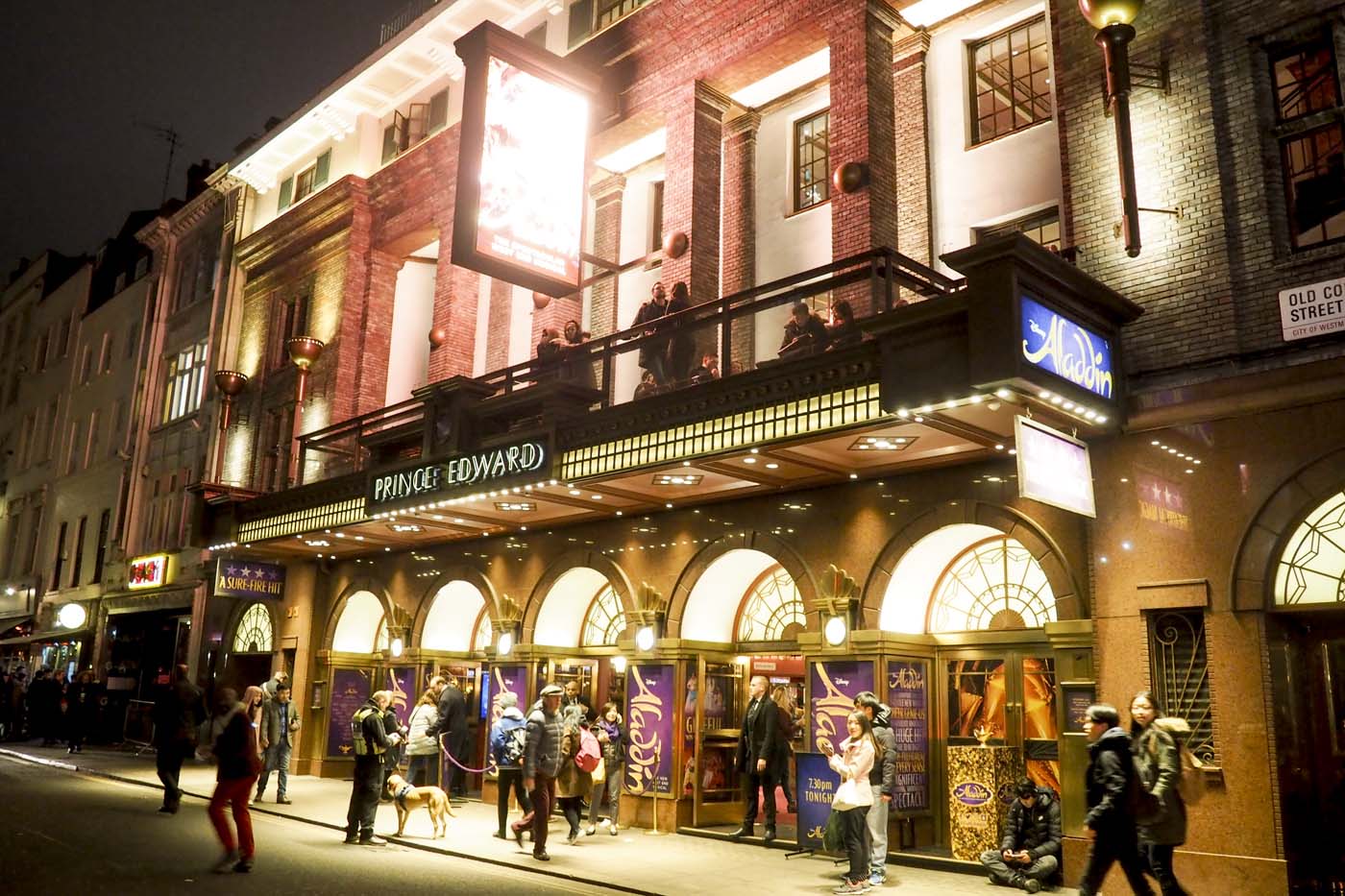 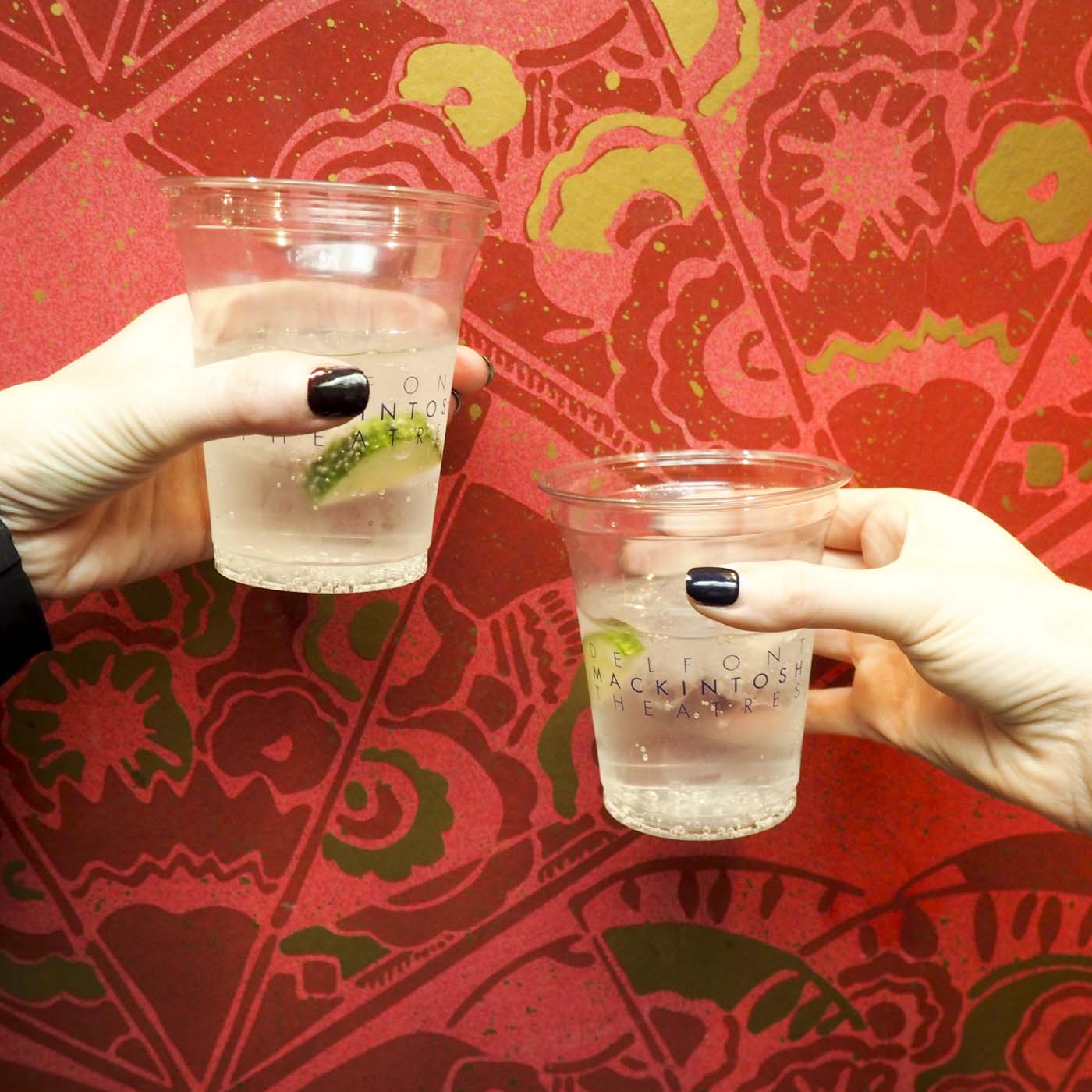 From the moment it started, Aladdin was fantastic, and we could tell that the show was going to be funny, pacy and full of colour and glitz. The undoubted star of the show is Trevor Dion Nicholas, who plays the Genie. Admittedly, he has all the funniest lines, but he delivers them with panache and flair. Trevor was the Genie understudy on Broadway before landing the role in London and he rocks costumes covered in Swarovski crystals which shimmer like a disco ball, under the stage lights.

Some of the songs are from the 1992 Disney movie, some were written for the movie then cut, and others have been written by Alan Menken with lyrics by Howard Ashman, Tim Rice and Chad Beguelin – so it’s a brilliant mix of songs you know and new material that sits well alongside it. I admit, I even had tears in my eyes when Aladdin (played by Matthew Croke) and Jasmine (played by former Sugababe Jade Ewen) fly on the magic carpet and sing A Whole New World.

The ultimate show-stopping number was Friend Like Me, when Aladdin first meets the Genie, and he tells the new master of the lamp about all the different things he could wish for. It’s an eye-popping, jaw-dropping scene, with the ensemble cast bringing the song to life. I didn’t know where to look as people appeared as if from nowhere and clever stage tricks kept you guessing as to what would happen next. The roar and cheers at the end of the number told me that everyone in the audience had loved it as much as I had.

After the show, Kim and I were taken backstage for a tour – we walked on the stage and saw the lifts that bring the Genie up with a puff of smoke, the magic carpet and all of the set tucked away high up in the wings. I asked if the Stage Manager would divulge how the magic carpet works (it HONESTLY looks like it’s flying – I couldn’t spot any wires) but he wouldn’t!

We were taken into the quick change dressing rooms, and saw rows and rows of glitzy costumes, fake beards all groomed and ready for the next performance, hats, wigs, the lots. The props room had drums, baskets and the all-important lamp!

We left feeling like WE were floating on a flying carpet – it was such an incredible evening, and one we won’t forget in a long time. So if you’re looking for something to book for a brilliant night out in London, I say go – book! You won’t regret it.

This post has been commissioned by Aladdin the Musical and as always all views are my own, and I genuinely did LOVE the show and recommend you go see it! For details of how I work with brands, see my Work With Me page.