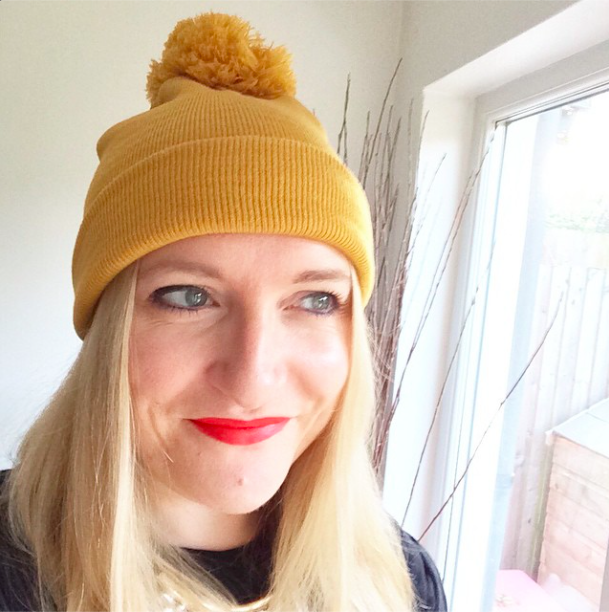 2014 has officially been named as the Year Of The Selfie and the most sought-after gift this Christmas is the selfie stick (I wish I was joking…) so it’s fair to say that we’re all loving a bit of selfie action at the moment. Brilliant writer and lovely lady Anna Hart wrote about our obsession with the selfie last week in The Telegraph, concluding that we’ve entered an age of vanity. She’s right of course, and smart phone manufacturers are wise to this.

Enter: Asus and their Zenfone 5 LTE with its special ‘selfie setting’ on the camera.

Just saying that sentence out loud makes you realise how far things have come. We take so many photos of ourselves that a phone now comes with a selfie setting! It’s mind boggling.

We were kindly sent a Zenfone 5 LTE to road test (you may have seen a few #ZentasticXmas tagged photos from me over on Instagram) and as an out and out Apple fan, I was really keen to get my hands on this phone, to see what I thought of it. So first up, the technical stuff about the camera: The A500KL has two built-in cameras (one front facing and one back facing), with the main 8-megapixel PixelMaster camera for professional-looking photos. This camera boasts a backside-illumination (BSI) sensor and wide-aperture f/2.0, 5-element lens with exclusive ASUS PixelMaster technology to capture images that are on par with most standalone digital cameras; while the 2-megapixel front camera comes with an f/2.8 lens. PixelMaster technology improves camera performance and comes with features like Selfie and Low-light modes. 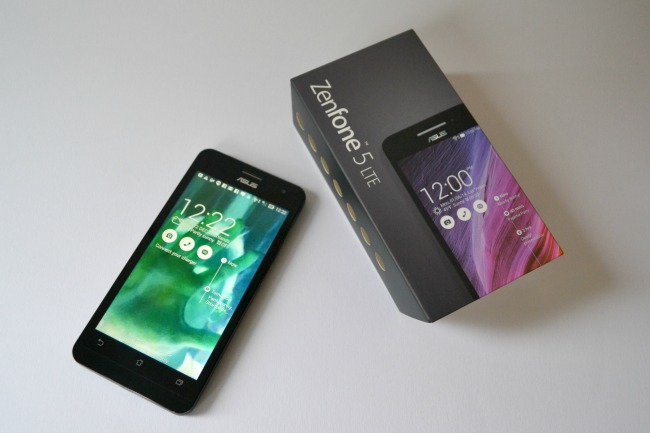 So what did I think?

I’ve actually been genuinely impressed by the Zenfone 5. It’s a lot bigger than my usual iPhone 5S which is a double-edged sword – I love the bigger screen and when taking photos on it, you seem to get much more in the frame, but on the flip side, the phone is harder to hold in one hand. It feels a little cumbersome when I’m scrolling through Twitter or Facebook.

One thing I loved about it was how easy to use it was. Before I even read up on how to use the phone, I was able to pick it up, swipe it to unlock and navigate my way around the phone and camera with ease. This *might* be because phone manufacturers have learned a thing or two from Apple and borrow features from each other, but hey, it’s all good with me if it means I can just pick up a phone and use it with ease.

Despite having a lower pixel density than my iPhone 5S (iPhone 5S has 326ppi and the Zenfone 5 has 294ppi), the big screen was awesome when using Chrome to browse the internet and read blogs. However, something I wasn’t so keen on was the ferocity of the vibrate. Even with the audio notifications turned off, every time I had a Facebook, Twitter or Email notification, the phone buzzed madly on the table which got a bit irritating. I do love the vibrate you get when you touch one of the three buttons on the bottom of the phone though. Hey, what can I say, I love some vibrations but not others. Call me crazy.

So, onto the camera. I loved the variety of different camera settings you could select from. The selfie setting allows you to say how many faces will be in the shot, then you flip the phone around (so that the main back camera is on you, not the front facing camera) and once it detects the correct number of faces, it takes the photo. Clever…. but call me old fashioned (I’m so 2013…) I like to be able to see my face when I’m taking a selfie. That way, you can notice your huge double chin and smudged mascara and fix it before you take the snap.

Something that made me feel the rage a bit was that as soon as I’d taken my selfie, it immediately asked me if I wanted to edit the photo. Handy, you might say, but rather than adding a filter or three, it asked me if I wanted to slim down my face or make my eyes bigger. I played around with it and ended up looking like one of those girls who models themselves on Barbie. It saddens me that teenagers might have this phone and are being prompted to slim themselves down before the photo even saves on their phone.

Other settings on the camera that I loved included the animated GIF function (make a GIF with ease!) and the depth of field setting which allows you to fake that blurred background that people with real cameras who know about things like aperture get in photos. It’s tricky to get this looking just right, but fun to play around with. 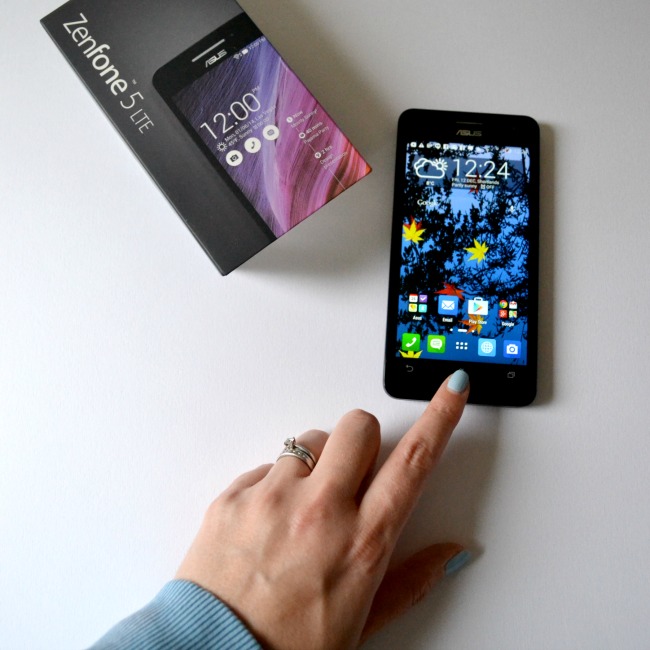 Moving away from the camera, I love the fact you can use the phone with gloves on – SUCH a useful setting when it’s as freezing outside as it is right now. The memo app allows you to actually write notes, and it saves your handwriting which is cute (and handy if you write faster than you type). Also, get this: it makes phone calls! Easy to forget this function on a smartphone, but yes indeed, the Zenfone 5 LTE makes calls to other phones.

So, in summary, I liked the Zenfone 5 LTE wayyy more than I expected. Lots of pros and cons, and I’m personally not keen on the selfie function, but for the price, I think it’s a pretty bloody good smartphone.

The Zenfone 5 is available to buy from £150. Big thanks to Asus for working with Not Another Mummy Blog. For details on how I work with brands, see my Work With Me page.