Every day this week, my three-year-old asks ‘Is it the weekend yet?’ because she knows that on Saturday, we’re heading to a festival. I’m not sure she even knows that a festival is, because I’m pretty sure her memory won’t stretch back to last year’s Camp Bestival or Lollibop.

But she knows that a festival sounds fun, and that’s good enough for her. So each morning, when I tell her, ‘No, it’s only Thursday… two more days until the weekend!’ she puts on a really sad face and says ‘Awwwww!’ in a dramatic way. It’s so cute how excited she gets about our weekend adventures.

The festival we’re going to on Saturday is Lollibop – in its brand new home of Hatfield House. With acts like Justin Fletcher and Mr Bloom (hey-lo Mr Bloom!) plus a storytelling area, foodie treats and Titan the Robot, there’ll be plenty to keep us busy. I highly suspect Mr P will sneak off to watch Sam and Mark too (he is a secret fan of their CBBC show – ha!)

We were very lucky to be invited to Lollibop 2014 by River Island, who have an area at the festival and who are leading the way when it comes to affordable trend-led kids’ clothing (see my current faves below). We’ll be checking out their design area where kids can get crafty and then show off their designs on the catwalk. If you fancy going along, there are still tickets available to buy for £22 (£25 on the day). 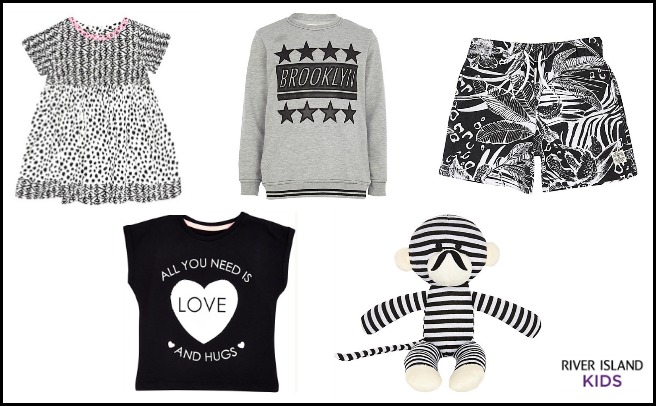 River Island have also given me a £100 voucher to give away to one lucky winner. Ooooh! To be in with a chance of winning:

• Don’t forget to fill in the Rafflecopter box below for your entries to count!

Terms and conditions:1. Entry is open to UK residents aged 18 and over, excluding anyone professionally associated with Not Another Mummy Blog or the Promoter.2. One winner will receive a £100 River Island voucher. The prize is non-transferable and there is no cash alternative.3. The prize draw starts at 12.01am BST on 14th August 2014 and closes at 11.59pm BST on 27th August 2014.4. Entry is free and must be made by commenting on this blog post. Entrants can gain bonus entries by following @alisonperryblog on Twitter, tweeting about the giveaway, following this blog on Facebook and then completing the Rafflecopter widget featured in this post.5. The name of the winner will be published on this website within 14 days of the competition closing.6. In the unlikely event that the prize becomes unavailable the Promoter reserves the right to substitute a prize of equal value.7. The Promoter’s decision on all matters is final and binding on all entrants. No correspondence will be entered into.8. By taking part in this competition you agree to be bound by the competition terms and conditions.9. The Promoter reserves the right to disqualify any entrant and / or winner in its discretion and without any notice in accordance with these terms and conditions.10. The Promoter is: River Island Clothing Co. Limited of Chelsea House, Westgate, London W5 1DR