Whether you’re a fan of parenting website Mumsnet or not, you can’t deny it’s a force to be reckoned with. For every snarky comment on its forums (visit them only if you are Teflon coated) there’s a piece of supportive advice elsewhere on the site. And no one can deny their campaigns make a difference to mums across the world. I’ve had my own beef with the behaviour of the forum users in the past, but going to the recent Mumsnet Blogfest event made me a bit more open-minded about the site. So that said, let’s hear from the fifth mum in The Twelve Mums Of Christmas – Mumsnet CEO Justine Roberts… 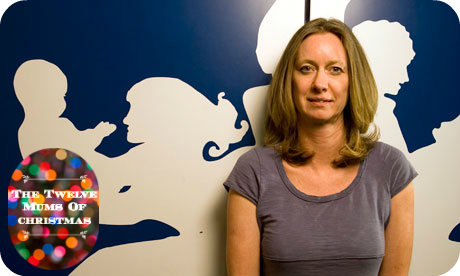 Justine, what was your biggest challenge, setting up Mumsnet on what I presume was a shoestring?

“The biggest challenge was that just after we launched Mumsnet in 2000, the dotcom bubble burst, so our plan to raise funding, get office space and hire people had to change. Ads rates dropped from around £25 per thousand page impressions to £2.50 per thousand page impressions! We had to change our whole business model and work from a back bedroom instead.”

Was it tricky to keep going against all of that?

“Yes. But after we changed our vision and realised there was no real revenue to be had, we decided just to grow the business organically and see what happened.”

How much criticism towards the idea did you face?

“There was a real sense of ‘Why on earth would you want to work on the web?’ – like the internet was just a flash in the pan. Print journalists didn’t understand it. And there was a real mum-ism in this country. Mums were seen as dull, mundane, not sexy at all. This hasn’t changed, but I hope Mumsnet has gone some way to mums being seen as outspoken and a bit bolshy when they need to be.”

You set up Mumsnet with friend Carrie Longton. Do you think it was it easier – or more difficult – to start a business with a friend?

“Luckily, it’s been plain sailing with Carrie. We hadn’t actually been friends that long when we started the business. We met at ante-natal class and my twins were nearly one when we decided to do it. Things work really well between us – we both have clearly carved out roles in the company.” 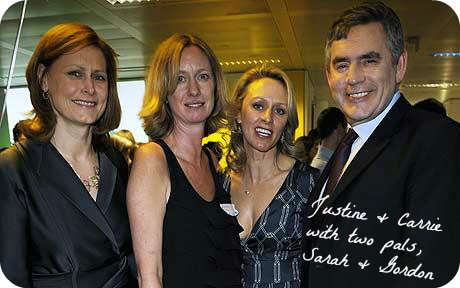 What advice would you give to someone who has that spark of a business idea but no clue what to do about it?

“The key is to make sure your idea is sound and then there are so many sources of advice for all the business side of things. Even on Mumsnet, you can find people who can help you and advise you. And use your friends – if you know anyone who is an accountant, use them.”

Come on then, what’s the secret to obtaining that elusive and sought-after work/home balance? (You must know it…)

“I don’t know if there is one! I work longer hours and harder than I ever have before. But I work in an environment where there’s no guilt associated with putting your family first. You know, if your child is sick or you want to go to the school play, it’s fine and you can catch up later. It’s all about flexibility, but sadly lots of companies don’t do this well.”

Do you think women will ever break through the nappy ceiling and find true equality in the workplace?

“My view is simple. Women won’t break through the nappy ceiling until men take equal responsibility in family life. It’s still largely the mother who organises playdates, homework etc, but it’s too much to do everything. Things are going in the right direction, with the proposed legislation that’ll change parental leave, but until men are equal in family life, women won’t be equal in the workplace.”

The users of the Mumsnet forum receive a lot of criticism over their behaviour – do you feel some responsibility to ensure everyone ‘plays nicely’?

“We actually have a larger moderation team than most other forums out there. We have a staff of six who we pay, rather than it being voluntary like on other sites. So the answer is yes! I do feel responsibility, but we made an early decision not to delete comments just because some people were ‘offended’ by them. During the 9/11 aftermath, users were discussing what had happened on the forum and one user’s husband had actually been in one of the World Trade Center towers. We didn’t delete any comments. You can’t protect everyone’s feelings. Opinions – however offensive they might be to someone – are valid.”

You famously asked then Prime Minister, Gordon Brown, what his favourite biscuit was, in a webchat. You must be asked that all the time now, in interviews?

“Ha! I haven’t actually been asked that too many times. I will happily tell you that it’s fruit shortcake. I think it’s a very underrated biscuit.”

“Boringly, I like the lunch – you know, burning the Christmas pudding and all that. But a Mumsnet idea that I’ve adopted is giving the whole family new pyjamas on Christmas Eve. It starts the fun off a bit earlier, and everyone goes to bed in their new PJs, ready for the main event the next day. It’s lovely and I hope it’s a tradition we keep doing for years to come.” 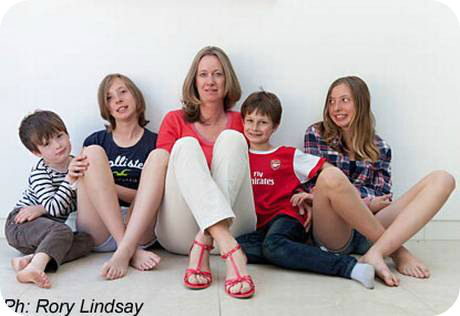