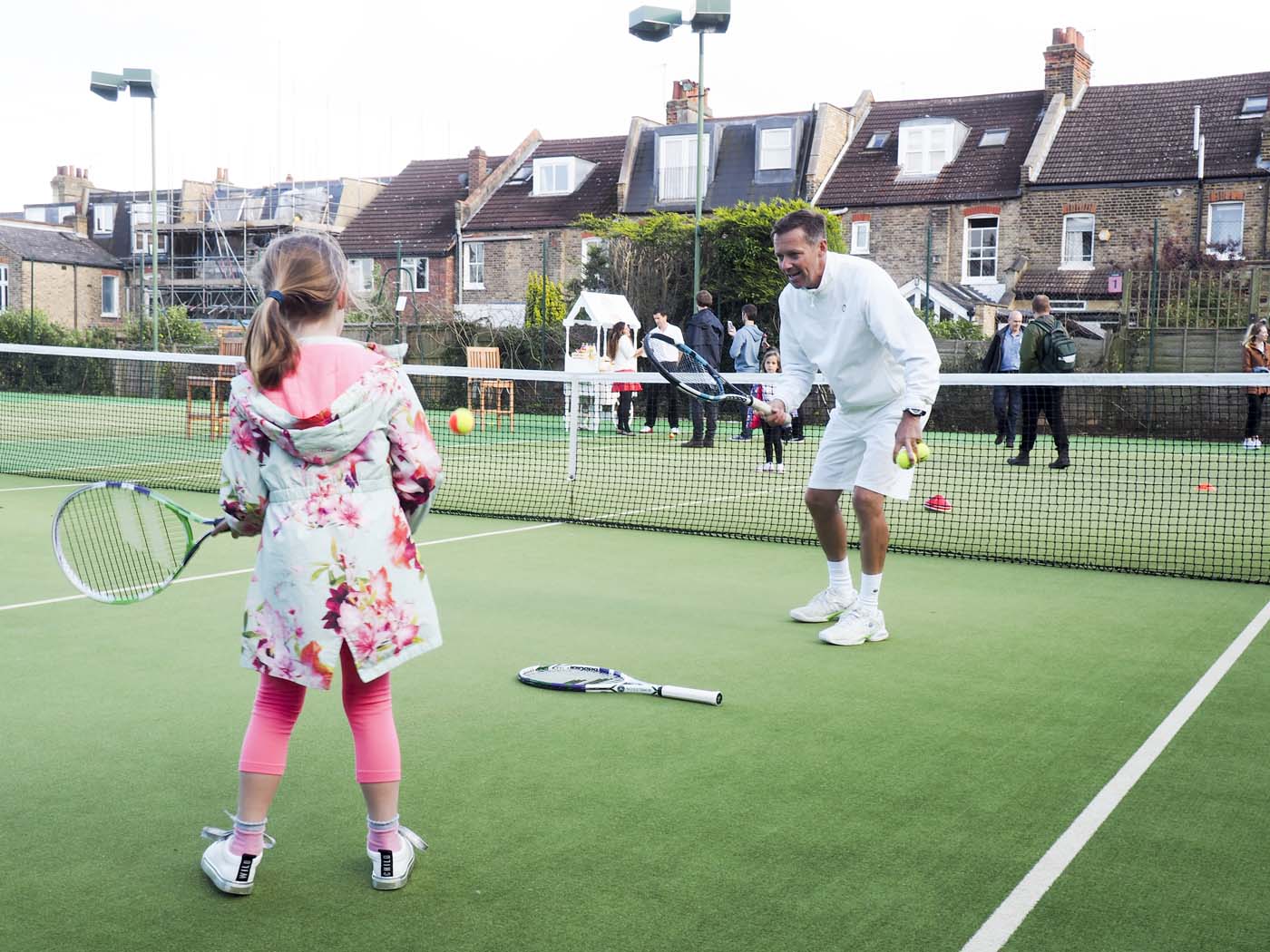 I clearly remember my first ever tennis lesson, at a tennis club near my school. I was around 12 years old and after getting really into Wimbledon with my best friend, watching all of the Andre Agassi matches (Wimbledon handily coincides with the first two weeks of the school holidays in Scotland), I begged my mum for tennis lessons. It turned out to be the only sport that I was vaguely good at, but more than that, I just loved playing and improving my technique.

For my six-year-old, however, her first lesson was one to remember, because it was Dan Bloxham, the head coach at the All England Lawn Tennis Club in Wimbledon, who was the one teaching her. Dan has helped the likes of Andy Murray and Johanna Konta on the road to success. 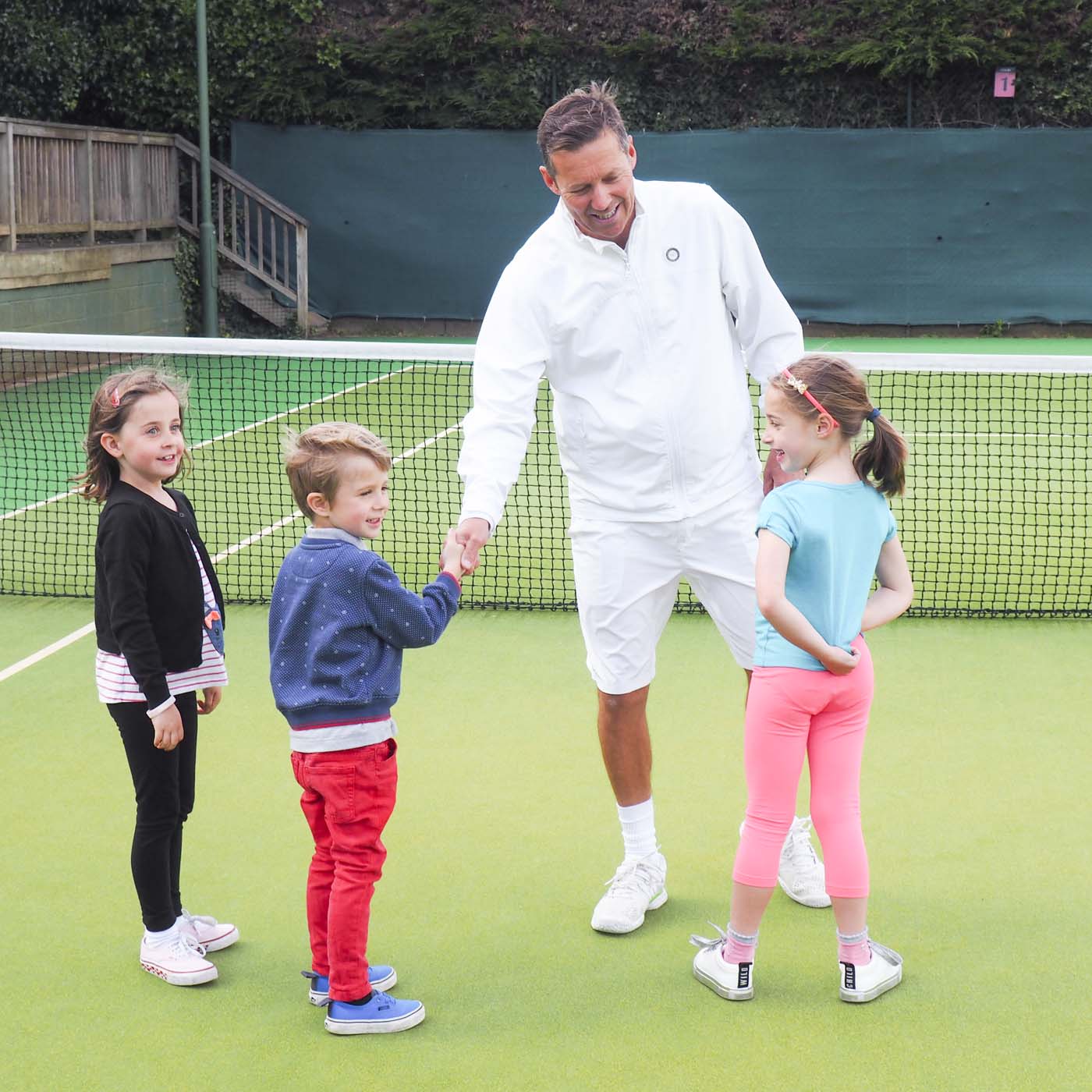 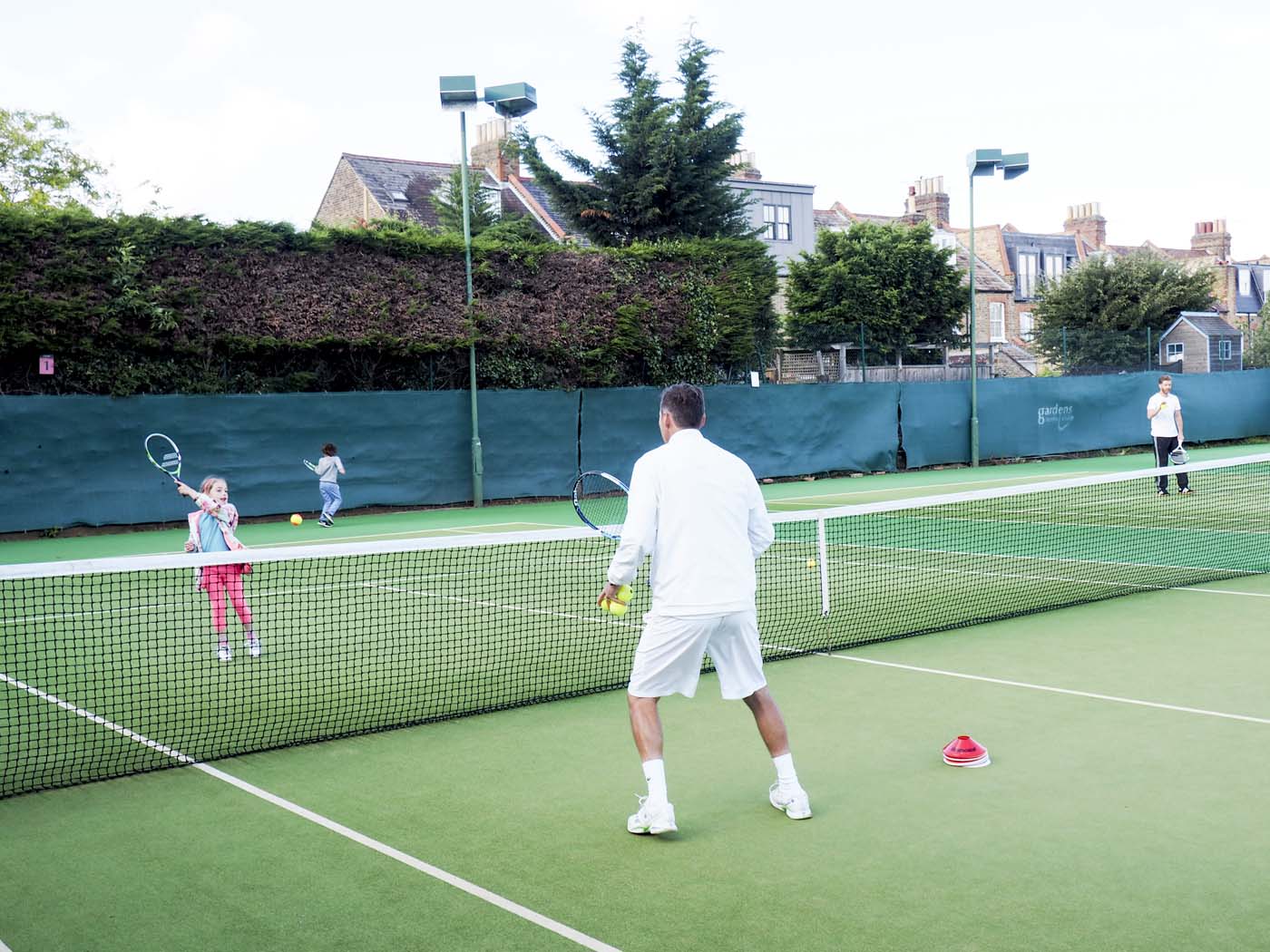 This incredible opportunity came thanks to Robinsons, who as partners of Wimbledon, invited us, and some other bloggers/influencers, down to a coaching session with Dan – with plenty of refreshing Robinsons squash on hand to help the families there to enjoy more water. 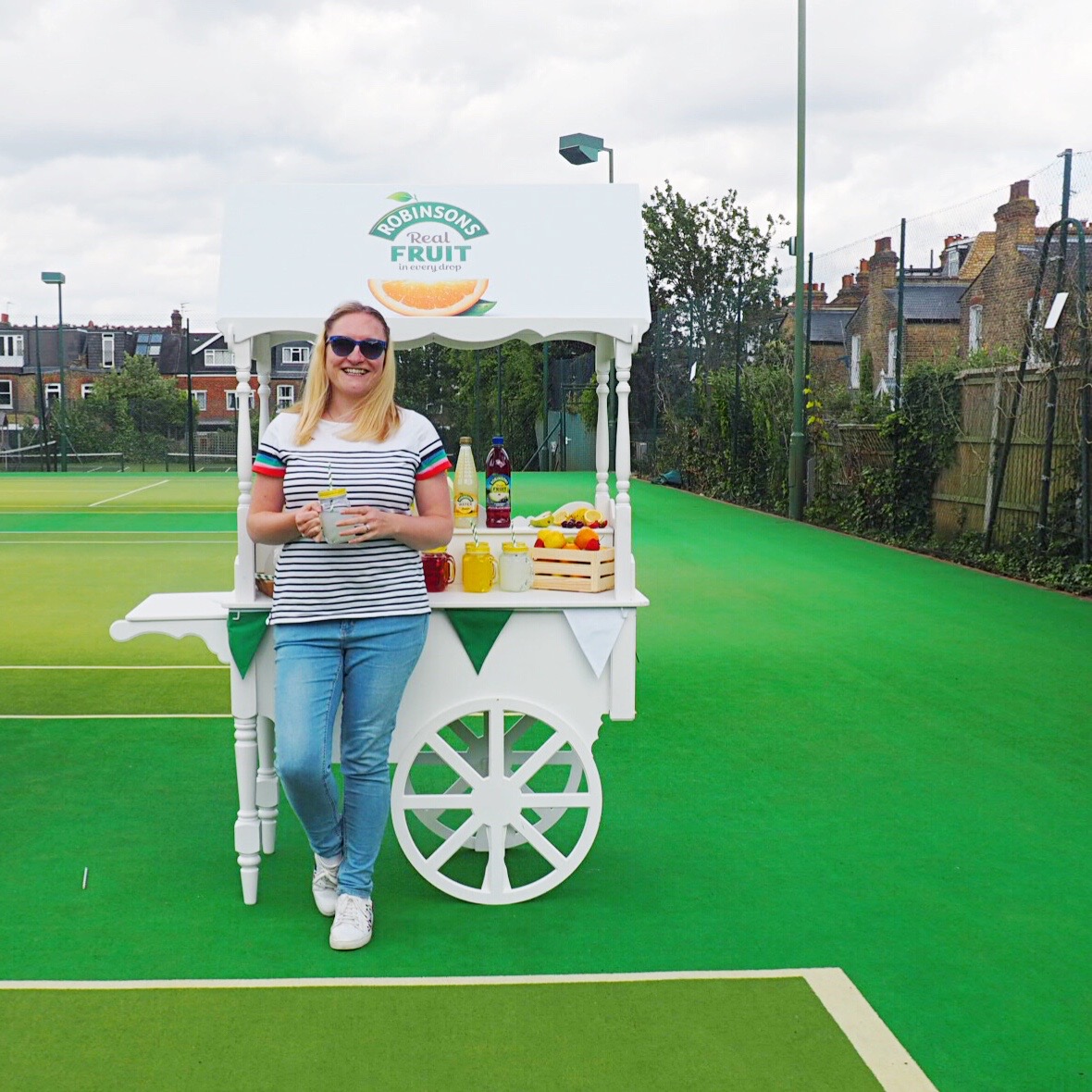 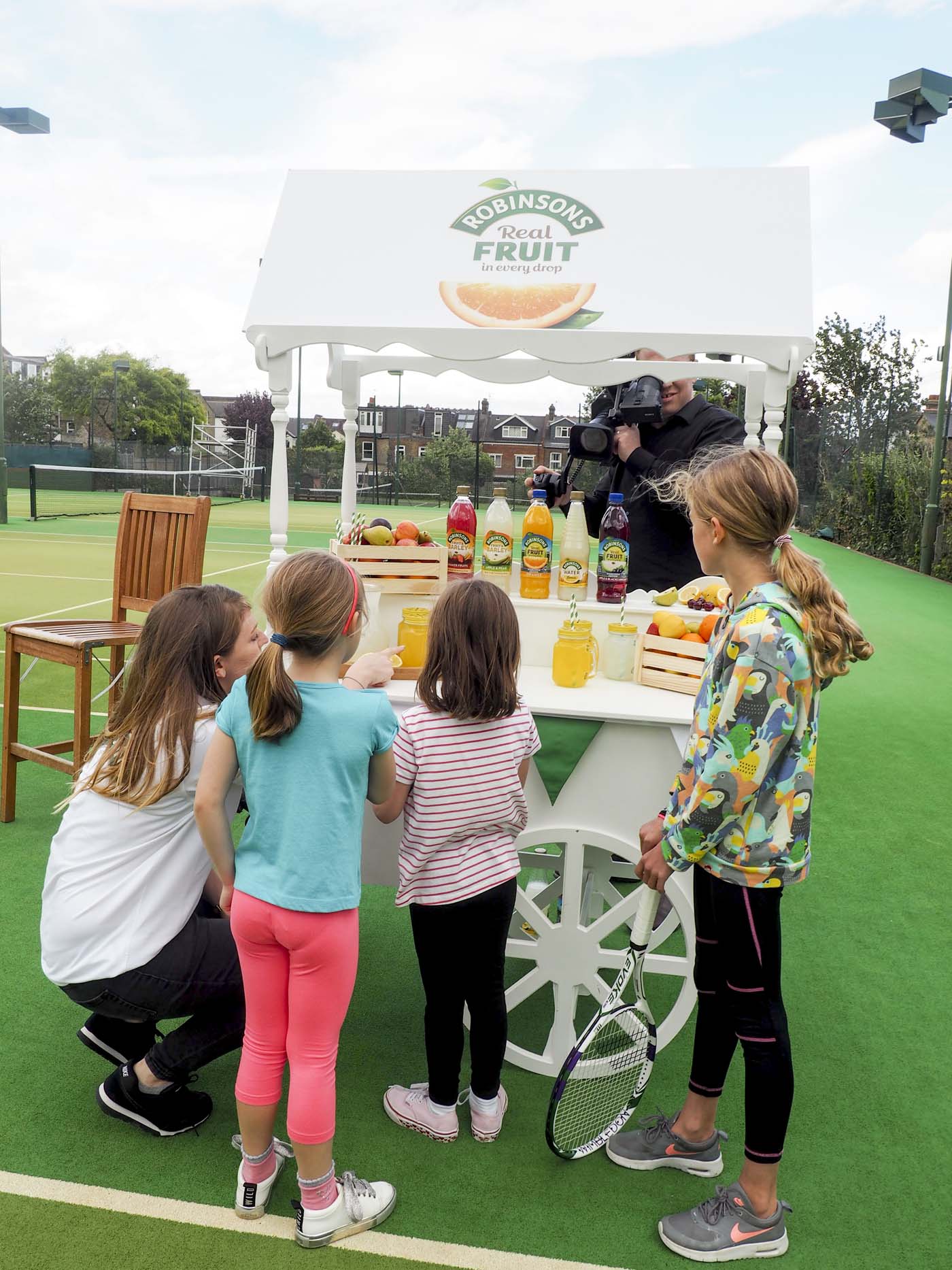 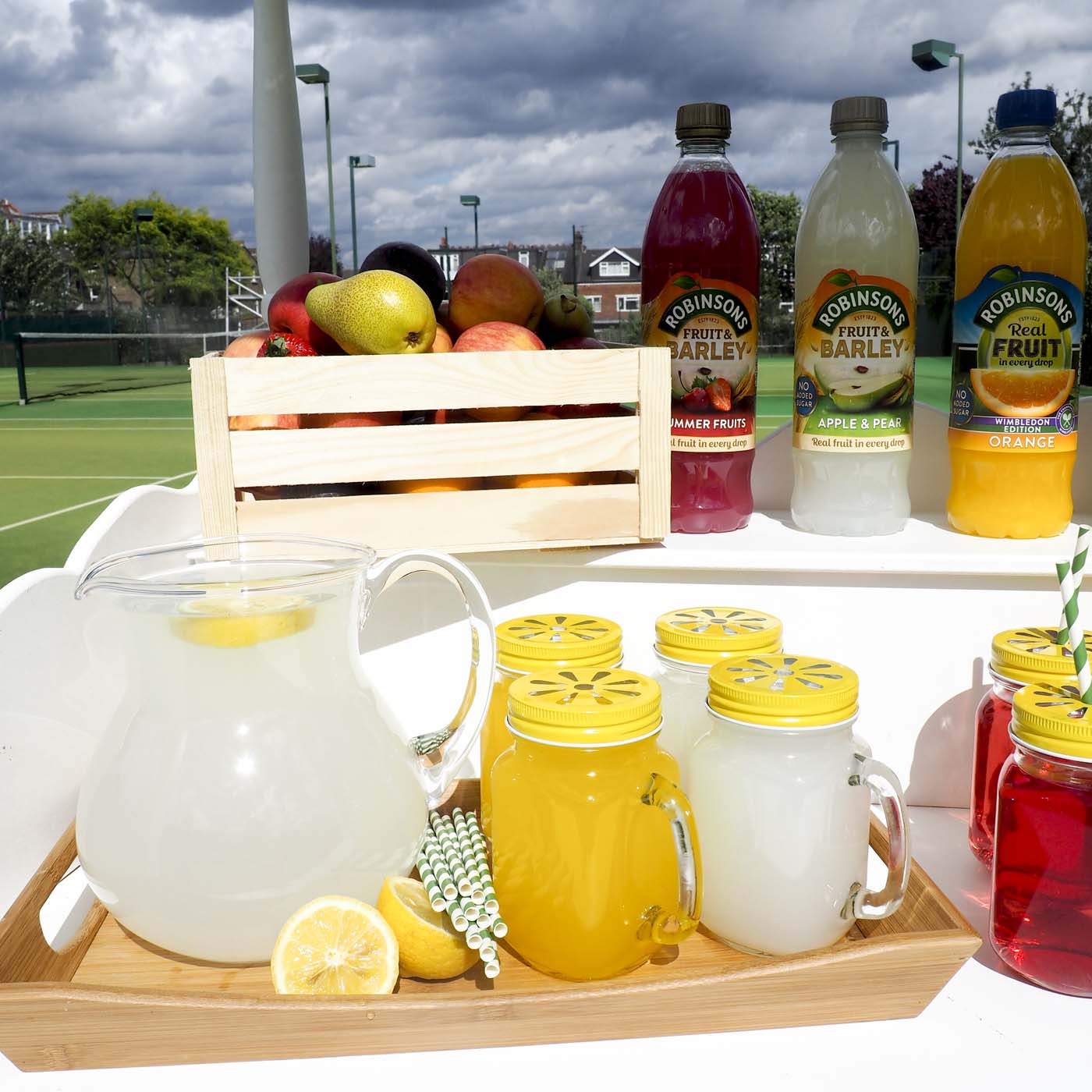 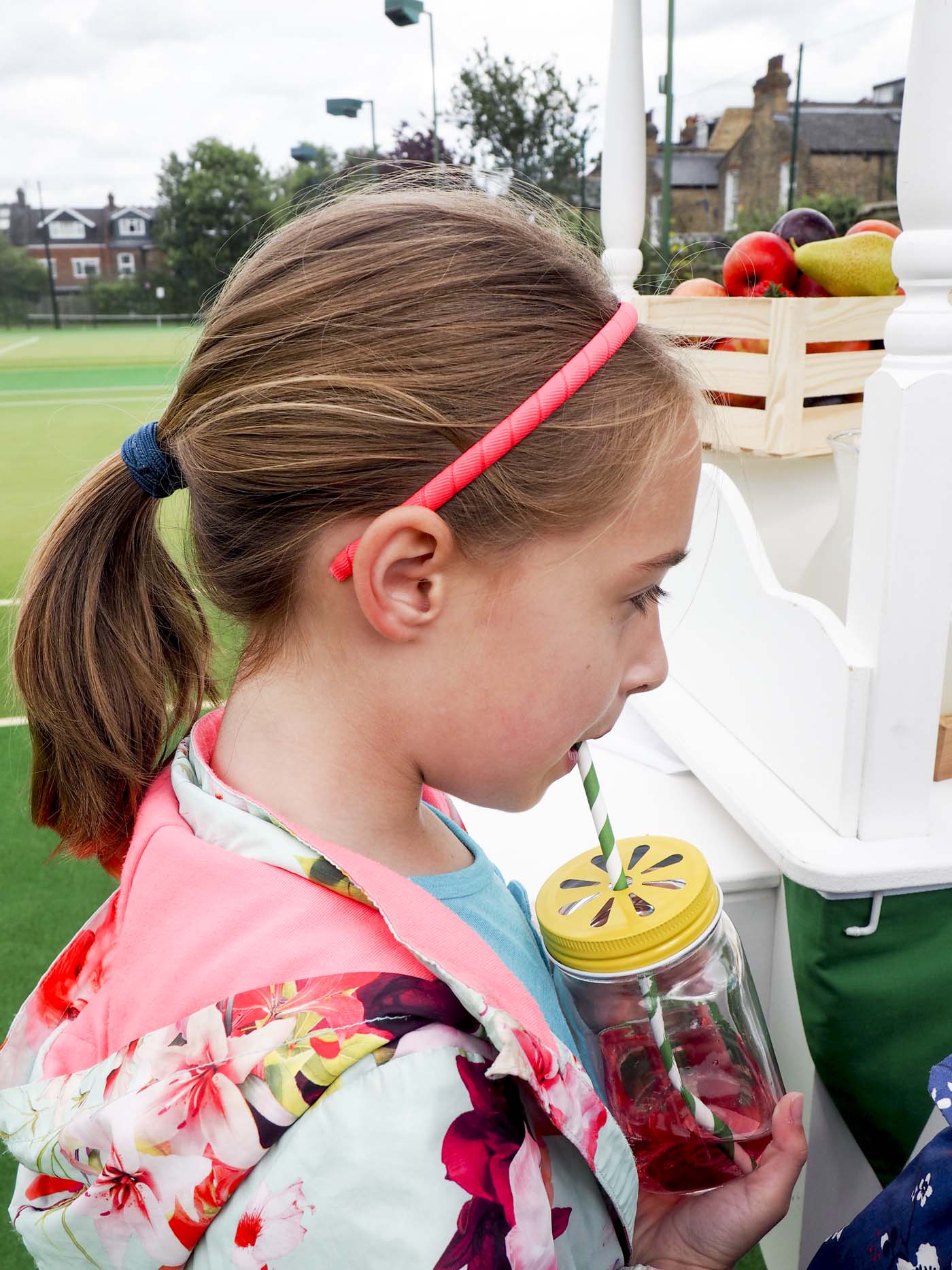 Dan, who has young kids himself, was fantastic at getting the kids to get themselves moving and practicing techniques. First of all, they warmed up by running in and out of cones and balancing on the white lines, and then they moved onto exercises in catching, throwing and rolling soft tennis balls before hitting a tennis ball for the first time, in pairs.

He was so encouraging and knew how to get the kids to listen to him. Not surprising, considering he works with lots of schools, giving coaching sessions (and keeping an eye out for any kids who have the potential to be a Wimbledon star, I reckon!) He also gives tips to teachers on coaching and briefs local councils on the benefits of allowing coaches access to schools. 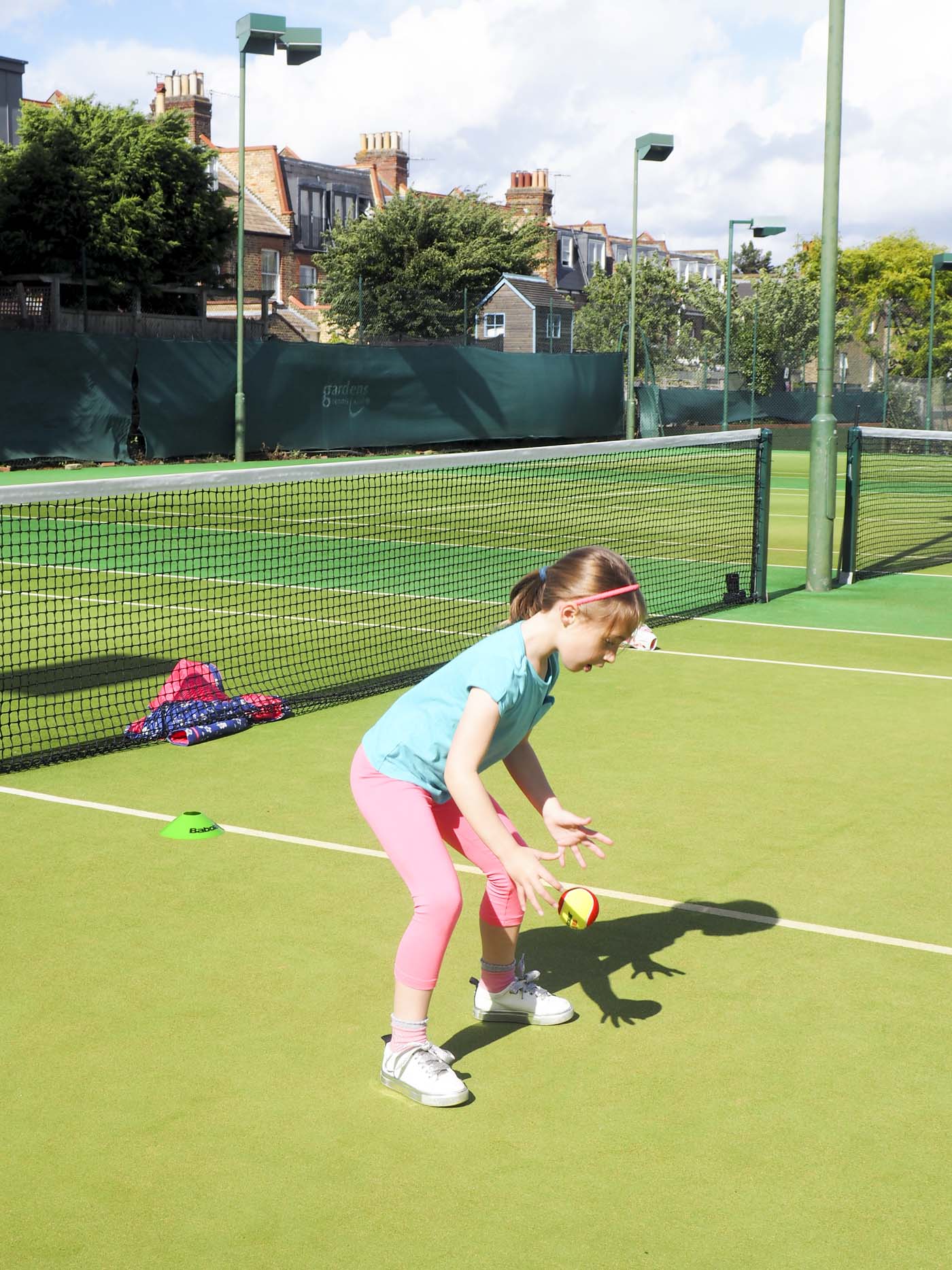 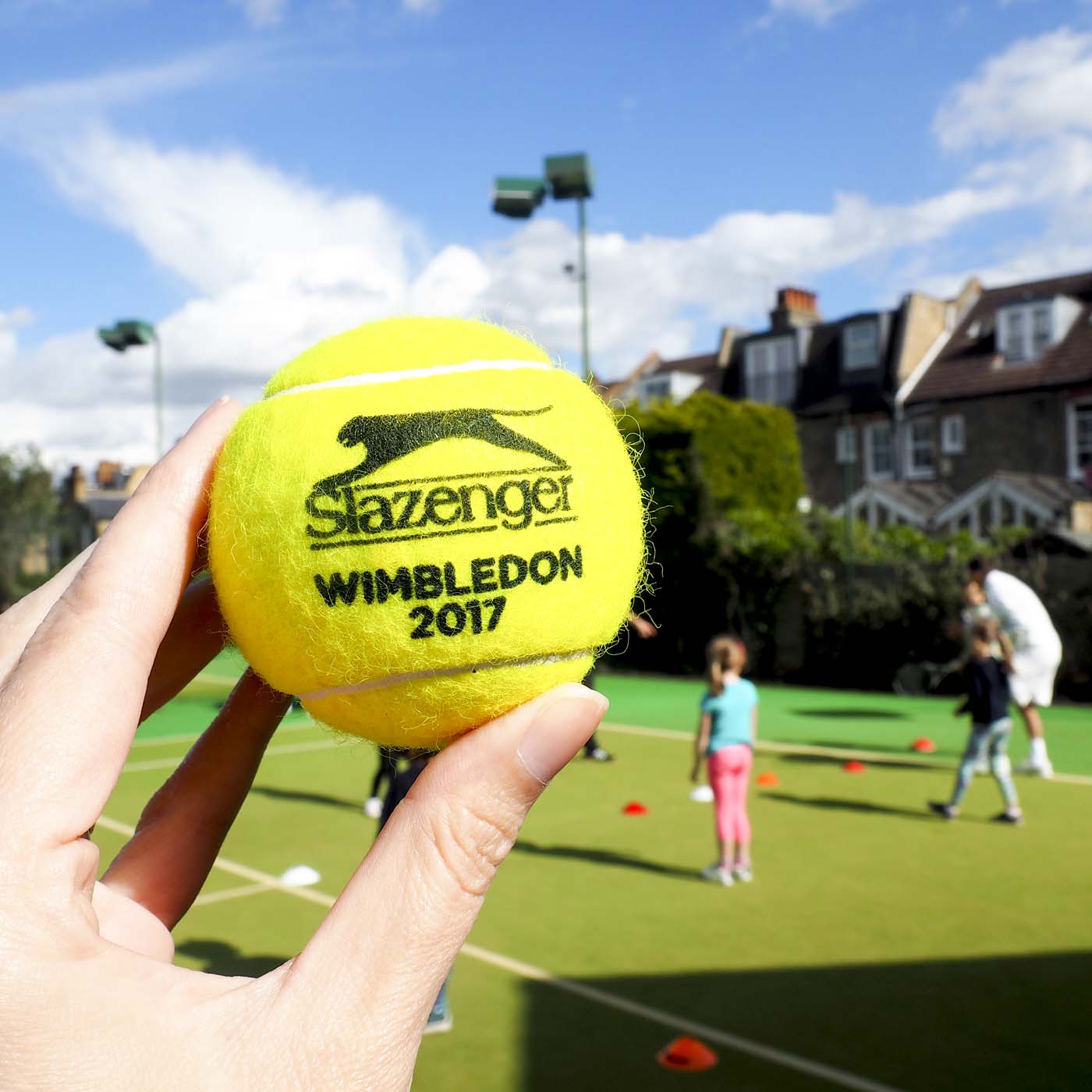 Cooling off with some Robinsons squash was the ultimate treat for the six-year-old, and she discovered a new favourite flavour – Summer Fruits. She’s usually pretty good at drinking lots of water, but for some parents who struggle to keep their kids drinking enough, adding some Robinsons to water is a good solution. There’s no added sugar and it contains real fruit in every drop. 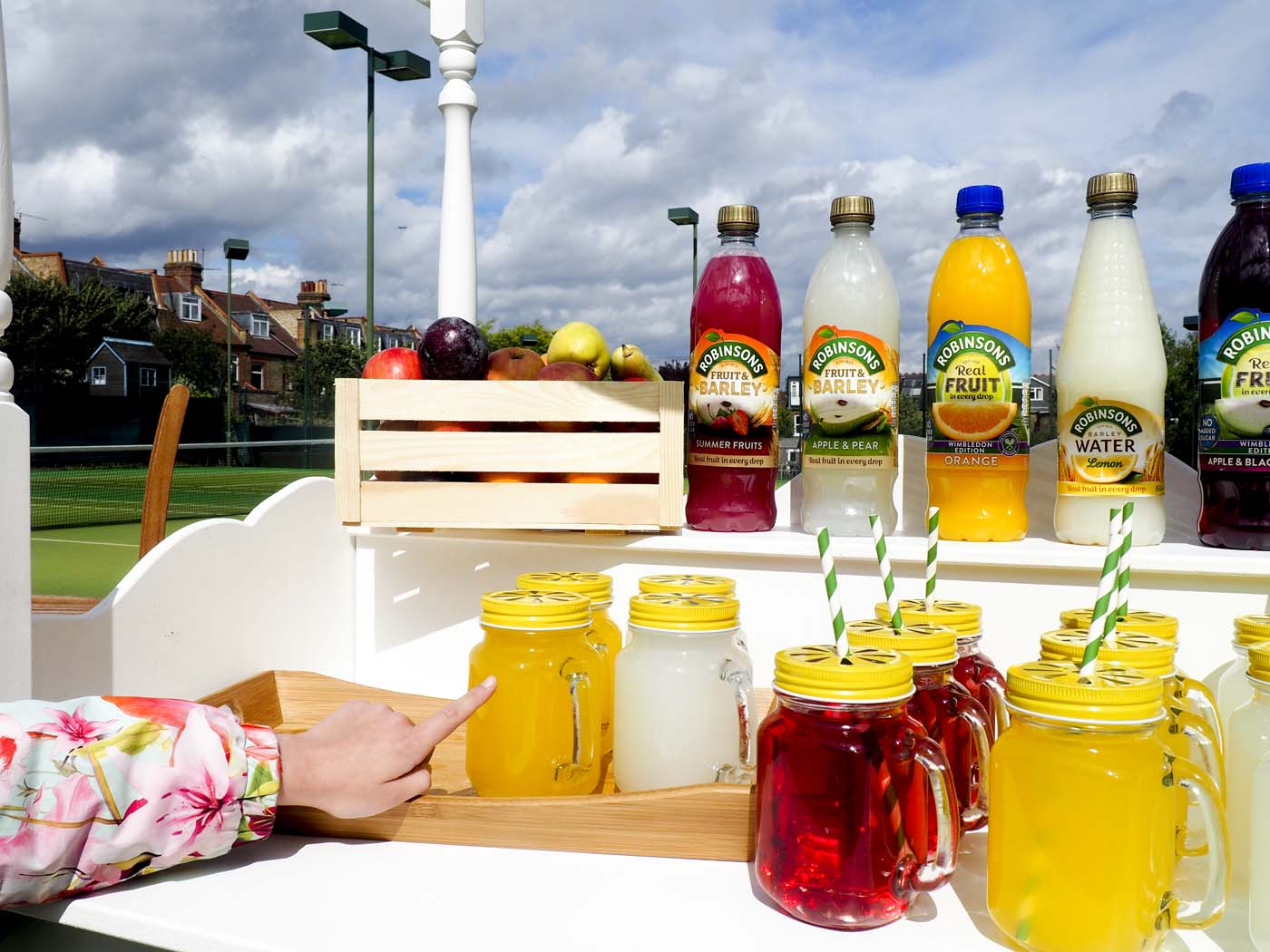 I love the heritage that Robinsons has with Wimbledon – back in 1935, Eric Smedley Hodgson first created lemon barley water, in the changing rooms at the tournament, mixing water, barley, lemon juice and sugar, to help the tennis players to drink enough water. A few months later, it went into production as Robinsons Lemon Barley Water and ever since, they’ve worked closely with the championships, with Robinsons drinks appearing on-court every year.

After a juice break, it was back to more tennis, and one of the guys who’d been serving us Robinsons squash decided he wanted to have a go too! We were in for a big surprise…Watch this video to see what happened next:

As you can see, we were totally thrilled to discover that the waiter was Tim Henman in disguise! (Once I explained to the six year old, who Tim Henman is, she was impressed too) We played some tennis with Tim (I was suddenly totally unable to hit the ball) and then we all headed to the All England Tennis Club for a tour and dinner with an amazing view of the Wimbledon courts. 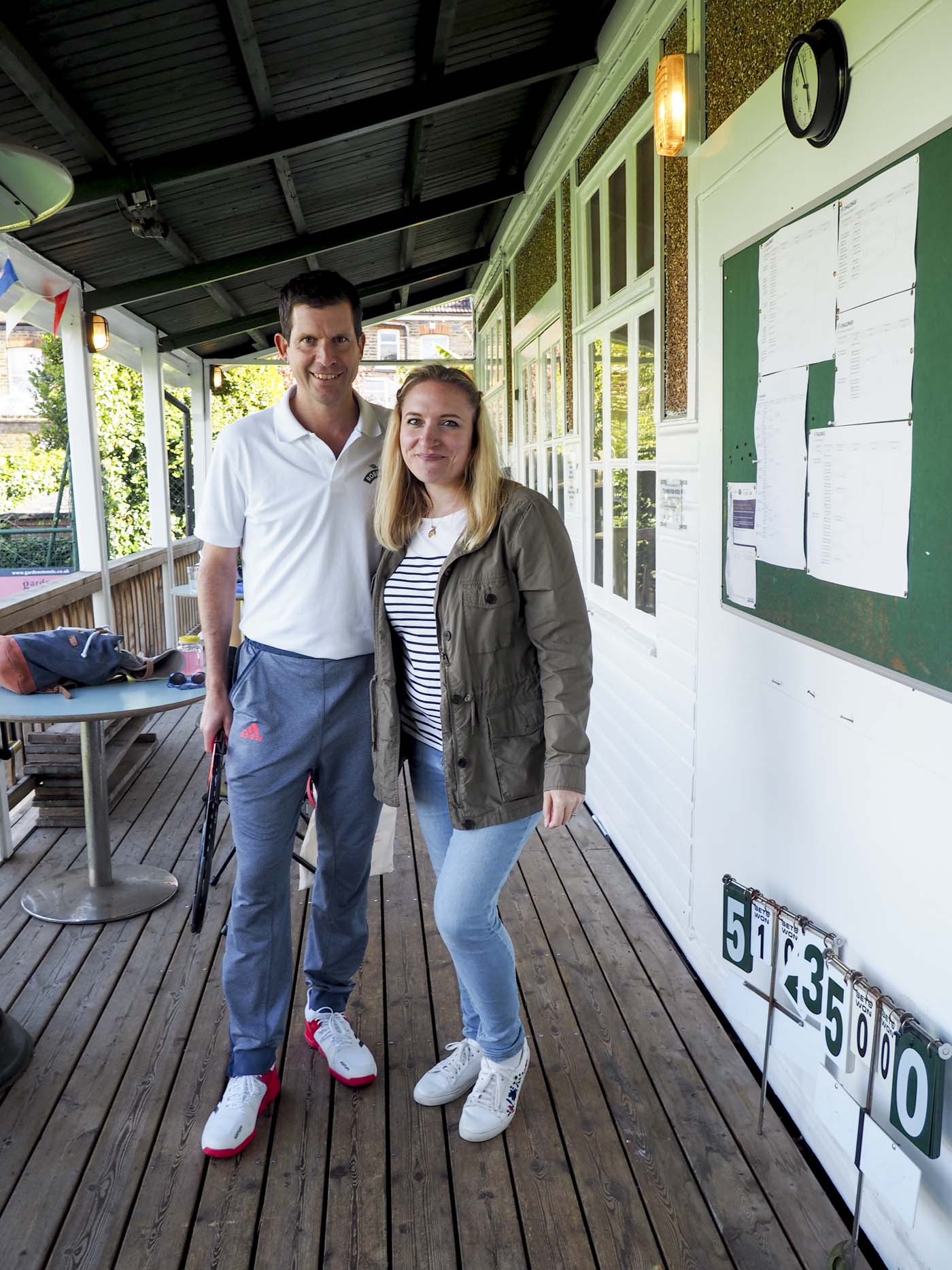 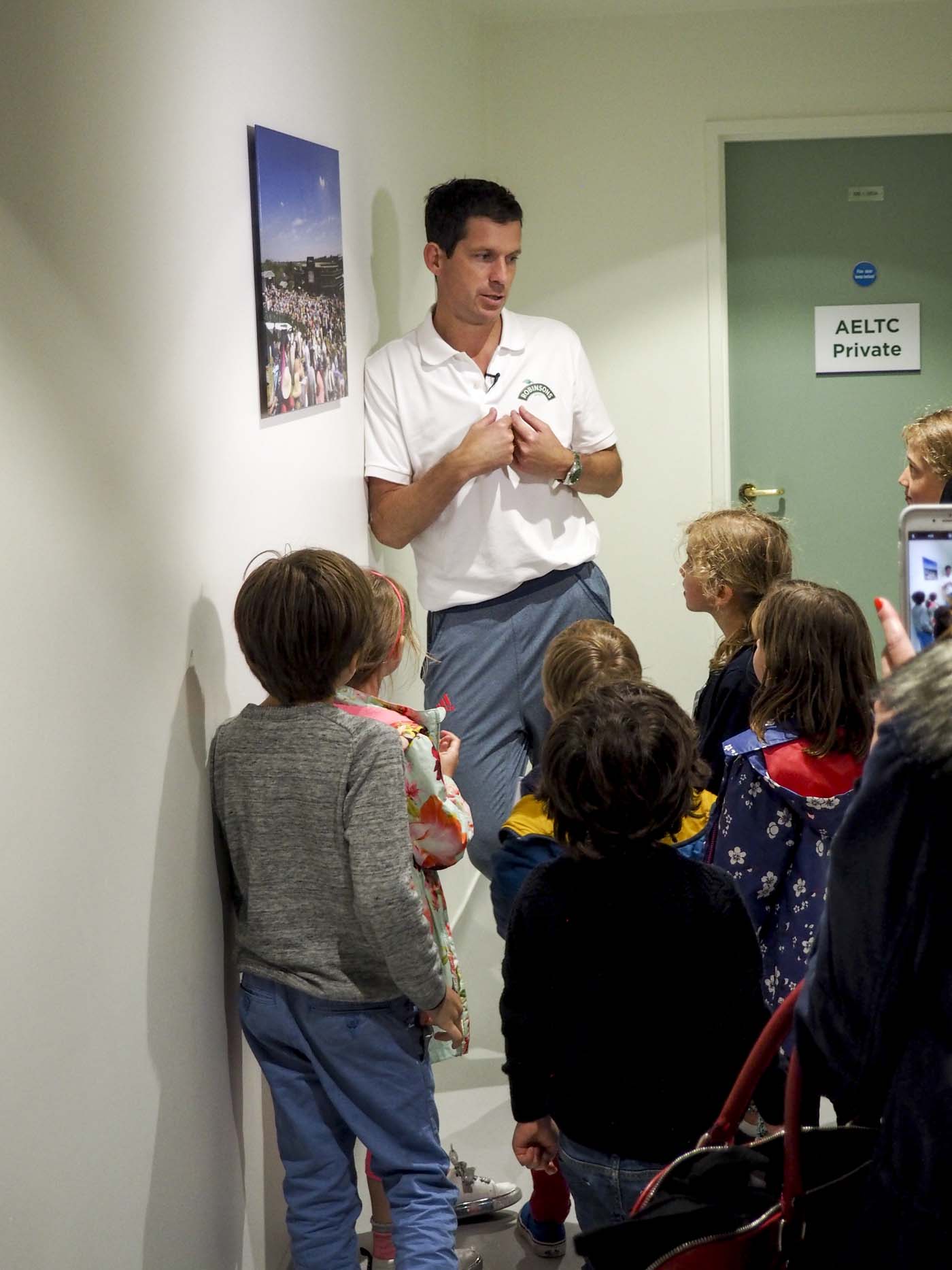 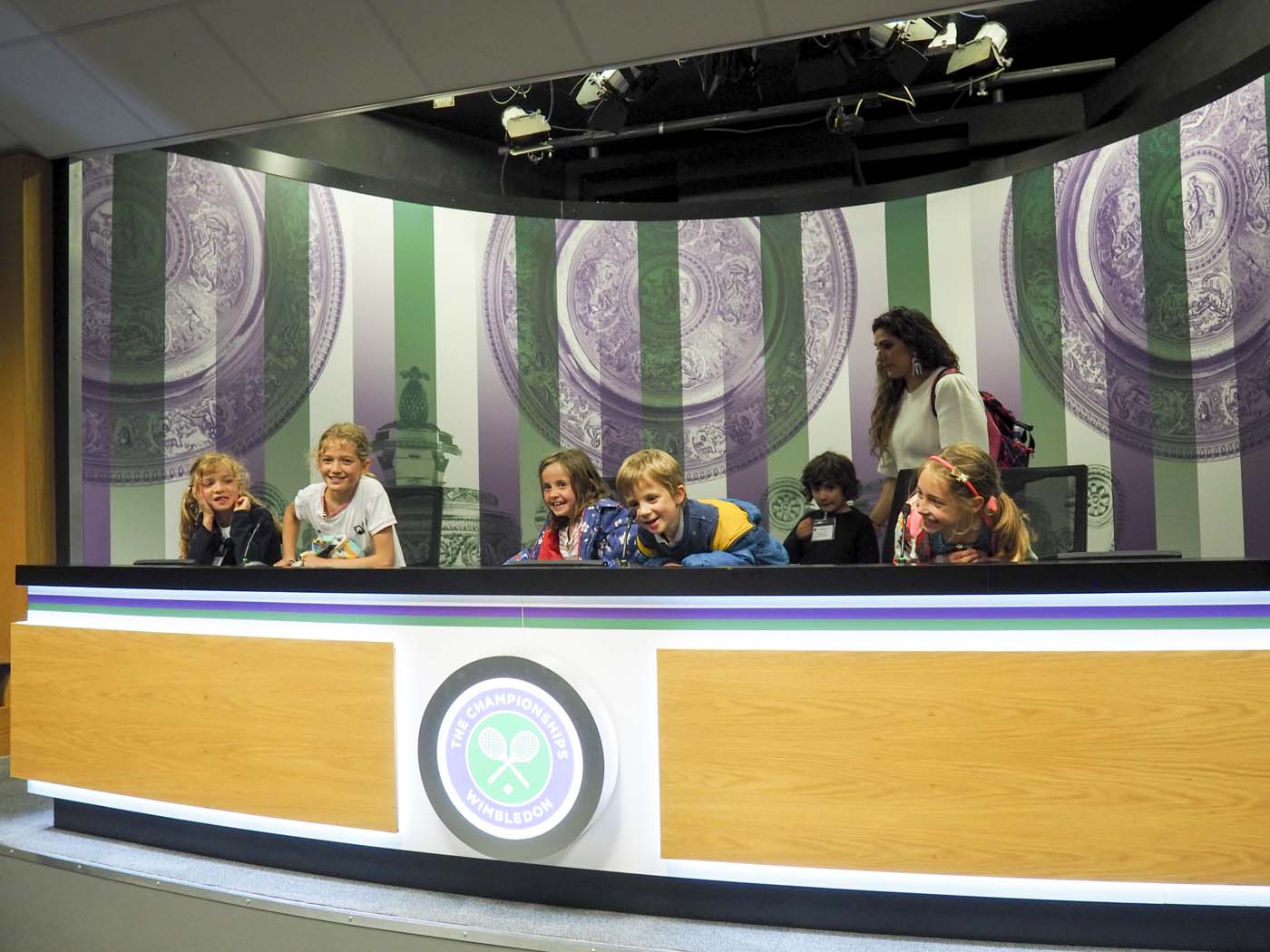 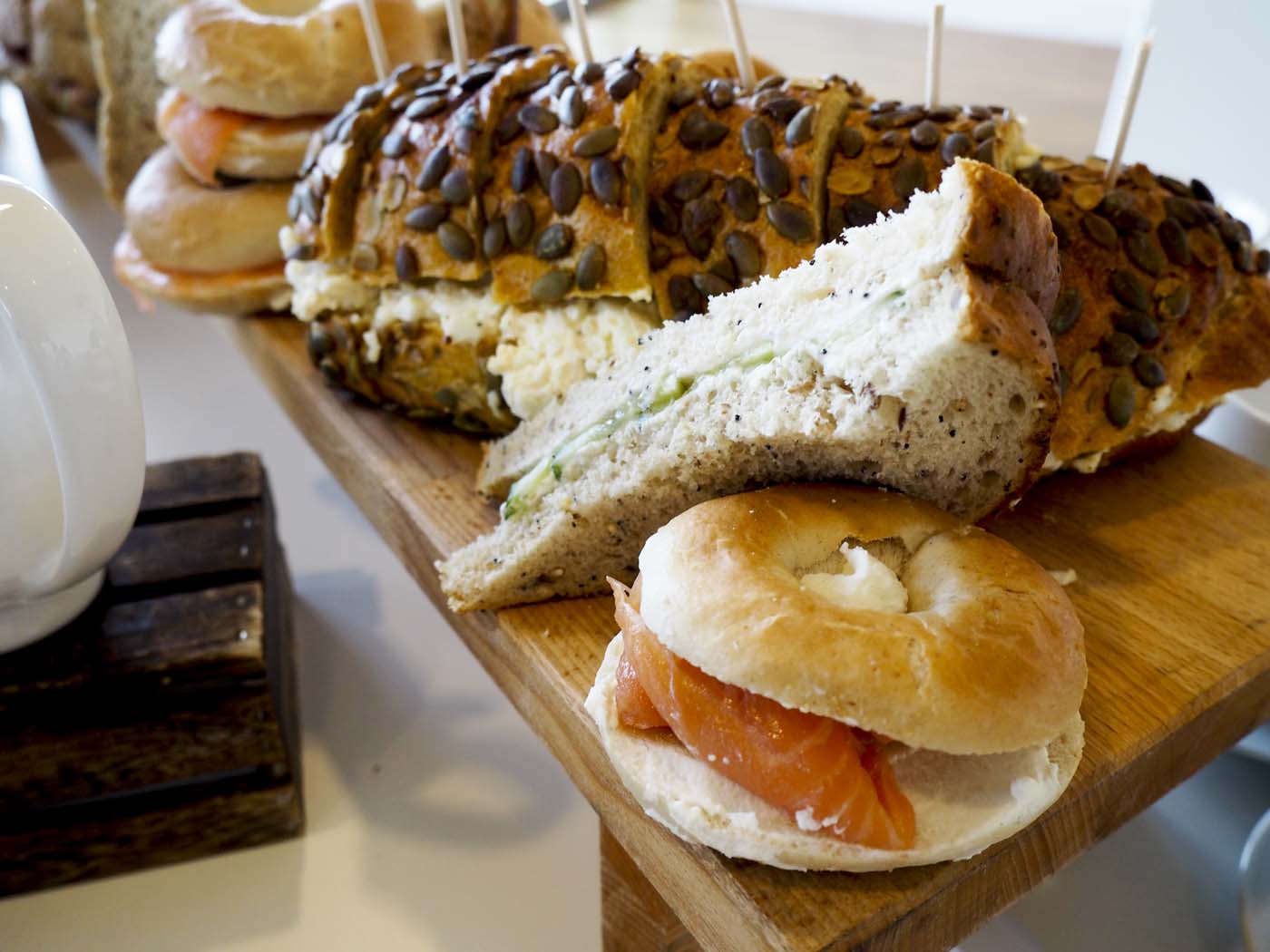 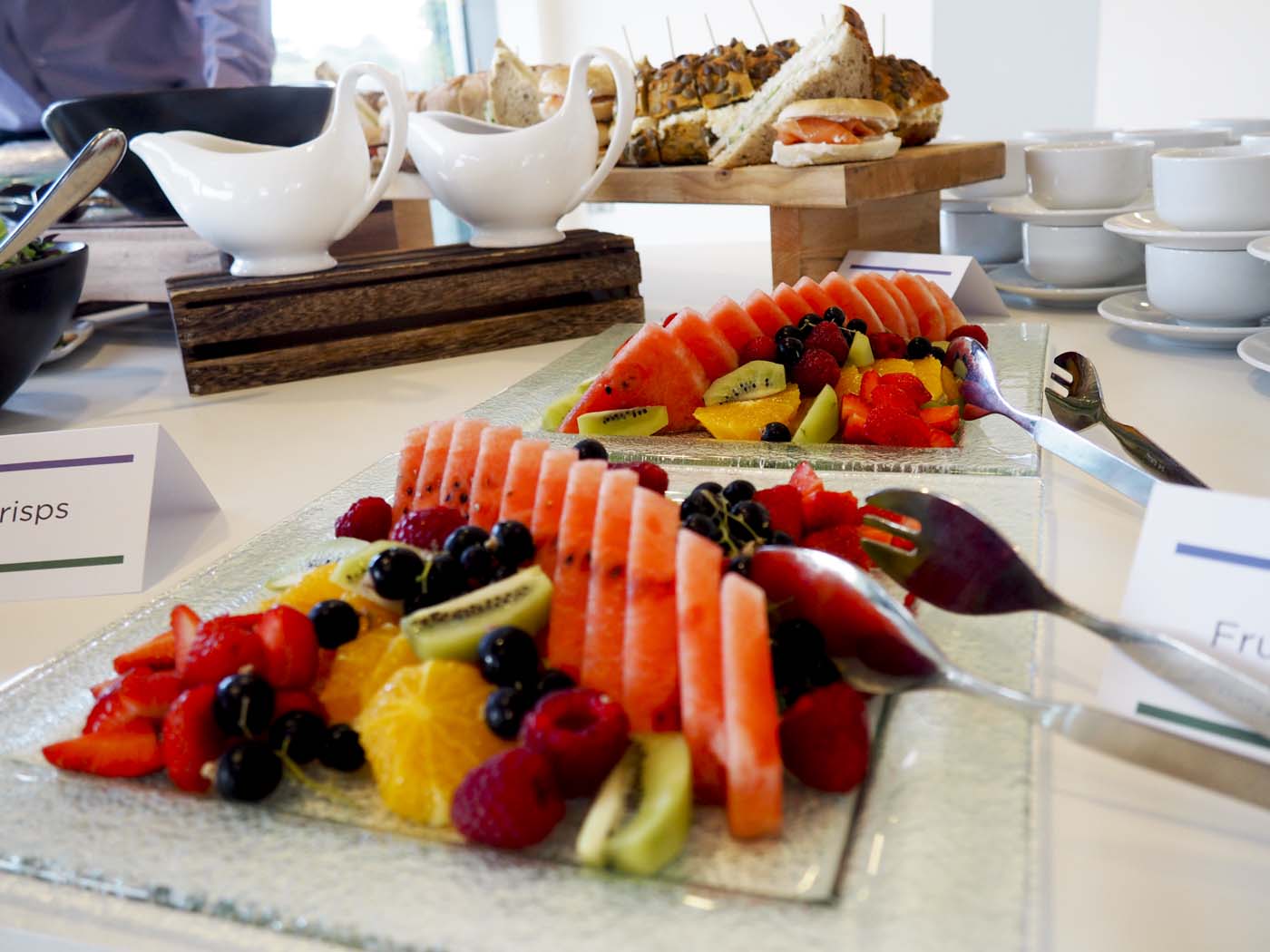 Huge thank you to Robinsons for inviting us down to Wimbledon for the afternoon – the six-year-old has been bitten by the tennis bug and has been asking for lessons ever since!

I’m working with Robinsons in a paid relationship. Find out more about Robinsons here.