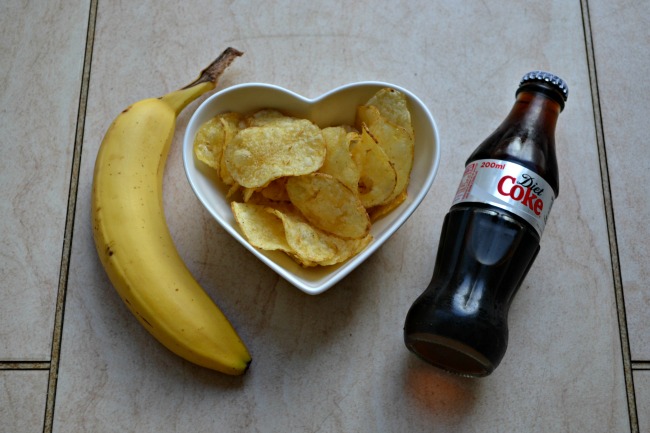 We all know how to deal with hangovers, don’t we? Lots of water, a carb-loaded breakfast (bacon sarnie mmmm), a potassium-rich banana and crisps are my fail-safe tactics. If it’s really bad, flat Coke does the trick. Those kind of hangovers are few and far between for me, these days. Thankfully.

But one hangover I’m not sure how to deal with is my post-natal depression hangover. If my first year of motherhood was the banging night out with tequila shots and oversharing in a shouty manner, over loud cheesy music, then I’m currently in the day after the day after. You know that stage when you’re over the worst of it but the after effects are still with you – dry mouth, dull ache to the head, yawning lots and still swearing you’ll never drink again.

I still feel weird saying that I had post-natal depression, because I never saw a doctor about it, or even knew I was suffering from it, at the time. It was only last year (by which point my daughter was two) that it dawned on me. Every time I say it out loud to friends, I cringe, thinking they’re about to say, “Yeah, but you didn’t really suffer from PND did you?” Of course, I’m fairly sure they’re not really thinking that. But we (myself included) feel more ready to accept medical conditions when a professional has made the diagnosis. For obvious reasons.

But with something like this, sometimes you just know. It’s the only explanation for the anxiety and inability to cope that I felt for the first year of being a mum. I haven’t written about it a huge deal here but back in January, I wrote about it over on The Motherhood so do take a read. It was incredibly hard to write, as is this.

So back to my PND hangover. There are definite after-effects that I’m still feeling. If I’m totally honest, the main reason I currently have one child, rather than two or three, is the knot that still forms in the pit of my stomach when I remember having a small baby. When people ask me if I’ll have another (note to those people: Stop asking. It’s a rude and personal question) I make a flippant joke but inside I’m trying not to vomit. I’ve said to many a friend that if we do decide to have another child, I’ll be ready to sacrifice a year of my life (and sanity) for the greater win of extending our family. Isn’t that sad? That I see it as a sacrifice?

Another shockwave that is still being transmitted from that year is the amount of time I spend with my daughter. If you read my blog regularly, you’ll know I’m all ‘Woo for working mums!’ and I’ve written in the past about my decision to work full time. But the reality is that working full time when my daughter was 18 months old was a coping mechanism. I was so emotionally worn out from the year before, I couldn’t have dealt with days on my own with her. And now, nearly four years later, I’m still working full time. I see other mums work flexibly so that they can hang out with their kids, and the idea really appeals to me, until that knot in my stomach appears and I start to panic that I wouldn’t be able to cope.

Which is crazy. Of course it is. Partly because I’ve got an amazing, bright, happy nearly-four-year-old now rather than a small baby. She’s so much fun to spend time with, and we have amazing fun every weekend. And partly because I’m not suffering from PND right now – I’m stronger and happier than I was back then. But that knot is there, quietly reminding me that I didn’t cope in my year at home during maternity leave. I really want to ignore it but it’s something I have to work towards, gradually.

I wish a bacon sandwich and flat Coke would make this hangover disappear.