Three- year-olds have endless energy, don’t they? Ours runs, jumps, skips, plays and sings all day long and still has room for more. But last weekend I think we actually managed to tire her out.

Call it ‘Working Mum Syndrome’ if you like, but we tend to pack as much fun as we can into every weekend. Even more so, during the summer. Last year, we did every village fete in a 20 mile radius, hit up Camp Bestival, headed to Lollibop and climbed Mount Everest (that last one might be a fib).

And this summer is just as busy. But last weekend, we probably did a bit too much. How do I know? Our three-year-old (who always wakes up before her GroClock sun appears each morning at 6.22am) slept in until 7am. She was officially worn out from the fun we had. 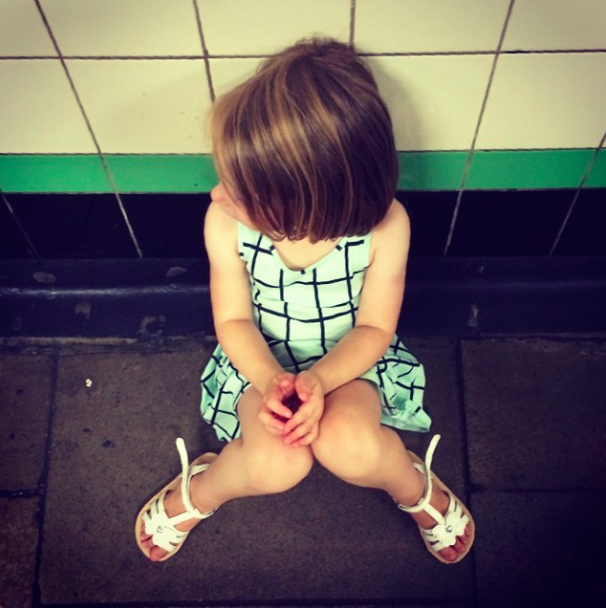 In the two days, we went on six bus journeys, four trains and two tubes. And did a lot of walking. This photo (above) was taken on the tube platform, when those little legs needed a rest. 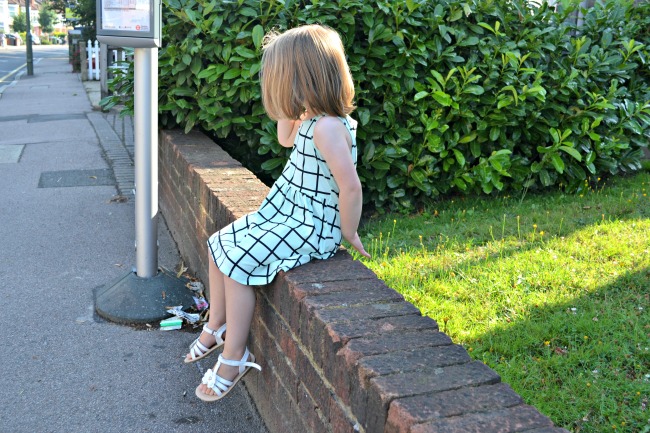 On Saturday, we took the train into London, early doors. First stop: Harrods. So we don’t visit Harrods very often. Aside from the fact it’s in SW London, and we live in SE London (Oh, OK, we technically live in Kent…) I’ve got much more of a Marks and Spencer and John Lewis kinda budget. But Harrods is simply lovely to wander around, isn’t it? We ‘oohed’ at sofas with a £9000 price tag and ‘ahhed’ at beautiful designer kidswear before making our way to the Rewards Lounge for a Mini Harrods event that we’d been invited to check out. 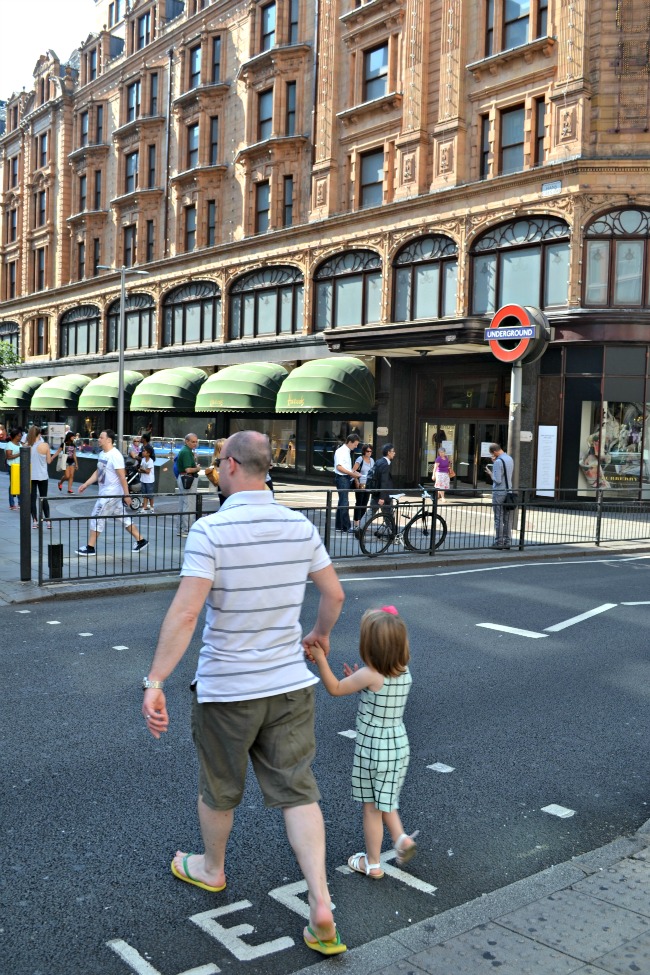 I hadn’t heard of Mini Harrods before but it’s a really cool little club that your kids aged between two and ten can join if you have a Harrods Rewards Card. Saturday’s event was a painting workshop – and our three year old LOVED it. Little easels were set up, each with a small canvas on, and next to it were brushes and a palette. The lovely staff welcomed the small group of children and chatted away, learning names and explaining what they’d be doing. Then the kids got stuck in, painting summery scenes with acrylic paint while the Frozen soundtrack played in the background. It was basically our daughter’s idea of heaven. 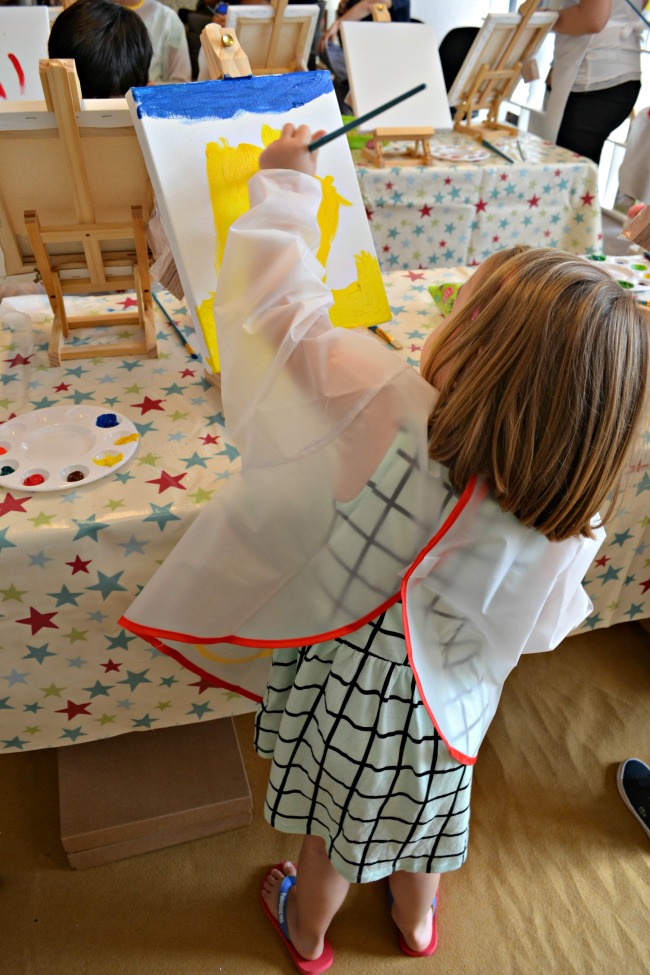 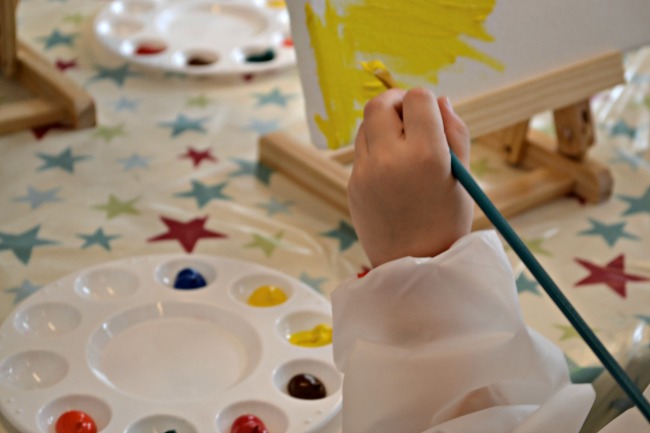 An hour later, we left with a goody bag of art materials and headed to the Disney Cafe for a light bite while watching Tangled. EVERY GROWN UP’S DREAM amiright?

Onward we went, via the Harrods food hall to buy a (posh) quiche, and we jumped on the tube to Highgate where our lovely friends Sarah and Chris were having a BBQ. The three-year-old spent the afternoon on their swing and we spent it drinking prosecco and catching up with people. Win win! 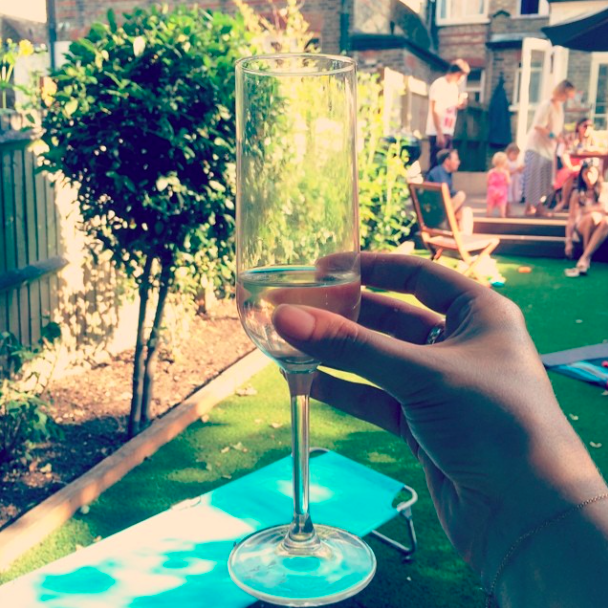 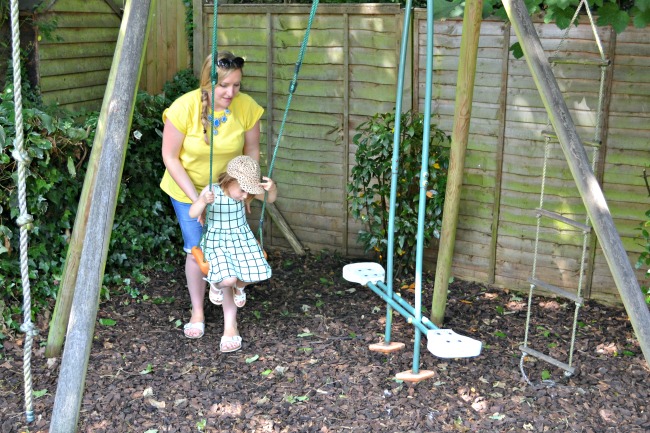 We ended up doing that classic bad parents thing of staying at the BBQ way too late and getting home an hour and a half after the little one’s bedtime. OOPS. But she did an amazing job at getting home (two trains and a bus – exciting for a three-year-old, right?) considering we don’t use a buggy anymore.

The following day, we left Mr P at home and got back on the train into London. Just us girls! This time, we were heading for The Royal Albert Hall. Mr P was a bit jealous because he’s never been to anything at the amazing venue (“I can’t believe she’s three and she’s getting to go to the Royal Albert Hall before I do…”) We had tickets for the CBeebies Prom and it was fantastic. I loved hearing the BBC Philharmonic Orchestra play and the three-year-old loved seeing Gem from Swashbuckle, Katy from I Can Cook and Robert the Robot in the flesh. 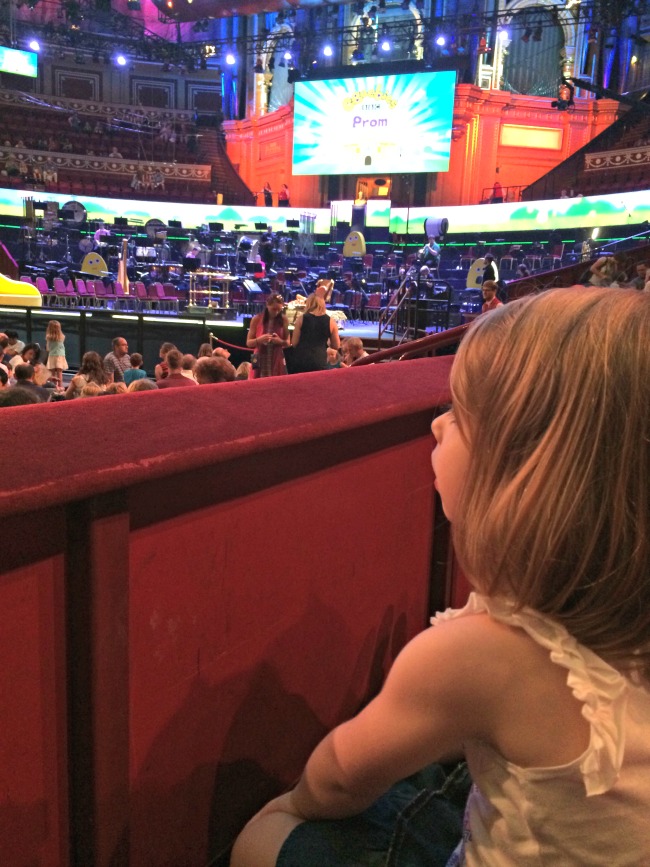 Afterwards, we jumped on a train back to Bromley and went to a get together our NCT group was having – she played shops while I drank rosé wine in the sun (yes, very similar to the day before, there was a theme to the weekend…)

By bedtime, we were truly exhausted from zipping about all over the place. I might have gone to bed at 8pm with Mr P’s Kindle to watch Sliding Doors on Amazon Prime Instant Video.

So we might have all been knackered as this week began, but we had a lot of fun. Only four more days until the next weekend…