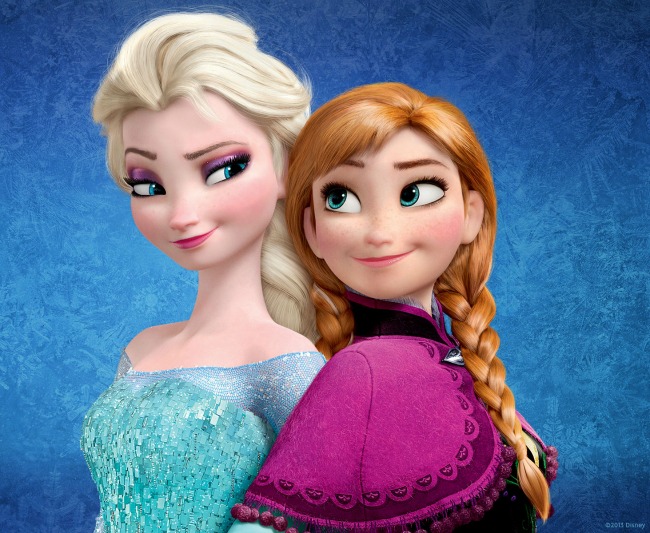 I’ve often spoken of my love for all things Disney. There’s something so magical about the theme parks, isn’t there? So much so, that at 18,  my best mate and I, er, went to Florida on holiday, when most girls our age would have gone to Ibiza. Honestly, we did. I sometimes want to go back to my 18-year-old self and give her a good talking to. But the theme parks are something special, and just walking into a Disney Store makes you feel a bit tingly.

But being a Disney fan and being a feminist don’t always sit well together with me. The movies don’t send out the most pro-women messages. The female characters usually have some kind of weakness and they’re saved by a dashing male hero. Often, all she wants is to fall in love and be whisked off her feet by a handsome prince (Some Day My Prince Will Come… well Cinderella love, he might not. And actually, that’s OK, because you’ll manage fine on your own.)

Frozen was a welcome change from the norm – with strong female characters and a twist at the end that sent out the message that true love doesn’t always have to come from a man. Sisterhood rules.

But at the moment, I’m choosing to turn a blind eye to my feminist instincts, which are telling me to stop my three year old from watching Tangled four times a day and Cinderella twice a week.  Is that bad? Am I the worst feminist ever? (Don’t answer that.) But I kind of think: well I watched Disney movies, growing up, and I grew into an adult who has strong feminist views. I think it’s because my mum is so pro-equality and brought me and my brother up to really believe that women are as important as men and should always be treated as such. I’m hoping to do the same with my daughter – balancing off Disney’s old fashioned ideals with feminist messages.

Something that really made me smile was a YouTube video that my daughter came across while watching clips of Frozen. (Don’t get me started on having to hover over her while she navigates YouTube, in case she stumbles across something unsuitable…)

This video is a Disney princess video that the feminist in me is HAPPY for my daughter to watch. Which is just as well, because I’ve seen it 17 times in the past 24 hours….

What’s your take on feminism and Disney? Can the two live in harmony? Or do you have to choose between them?