In the last few months, my three-year-old has really started getting into baking (so much so, that when she’s watching us cook lunch or tea, she tells us, “NO. You’re not cooking, Daddy, you’re BAKING.”)

She has a Gruffalo apron and loves rolling up her sleeves and getting messy in the kitchen.

We started off gently, by making chocolate cornflake cakes (which – WIN – she enjoyed making more than eating, leaving more for us) and then in January, her pre-school set the kids a weekend baking task and we made ladybird cupcakes. Because the point of this task was to get the kids to measure, mix and decorate the cakes, I tried hard to let my control-freak instincts go, and allow her to pour flour into the scales and spoon mixture into the cupcake cases. I even let her help me hold the electric whisk (repeating every three seconds “don’t put your hands near the moving bit!”)

She gets such a kick out of baking, so BKD London‘s cupcake decorating classes sounded right up her street. Run by Adelle in a swanky North London canal-side apartment (other classes are run from the nearby Proud Activist gallery/bar/restaurant) the class we went to was a monster cupcake session. 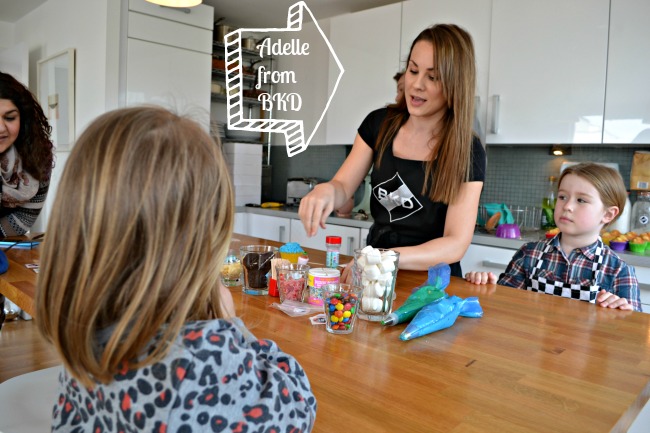 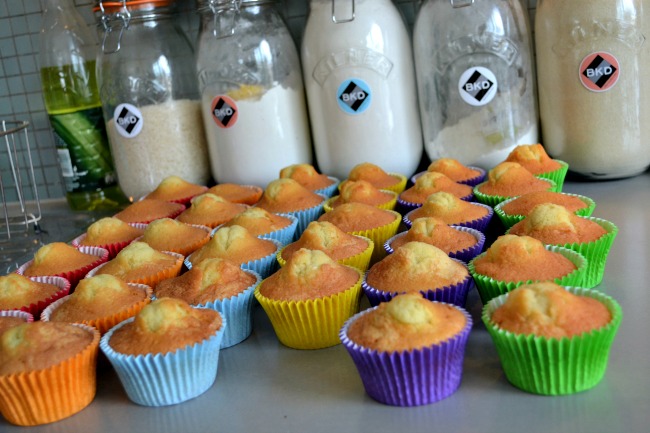 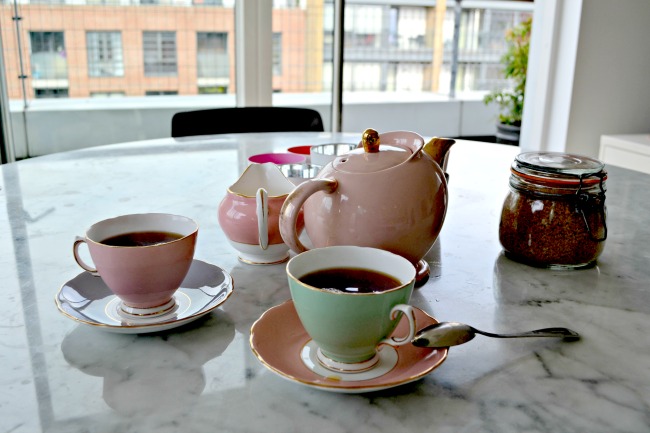 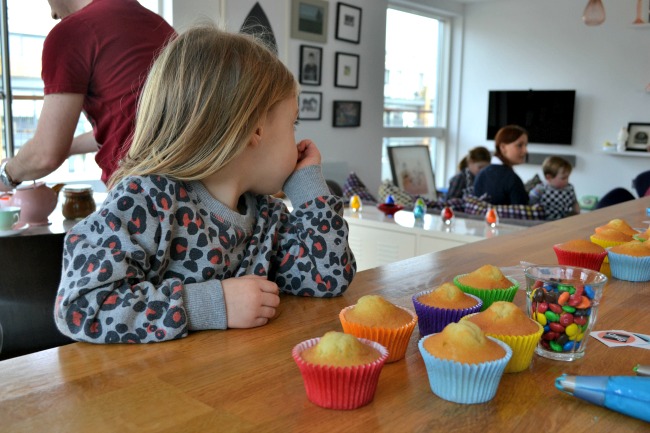 As soon as we arrived, Adelle made us feel welcome – she chatted away to the kids and made a lovely pot of tea for the grown ups. Just what we needed after a train and a bus ride from Bromley. Then she talked us through all of the different things we could use to decorate our monster cupcakes – marshmallows, M&Ms, jelly teeth, Oreo cookies, googly eyes and lots of icing in bright colours… 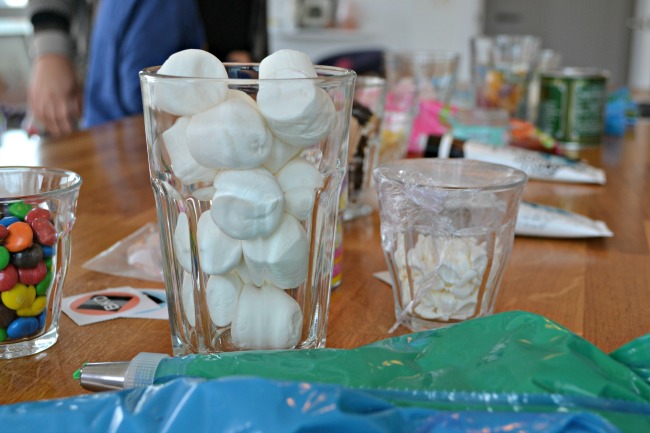 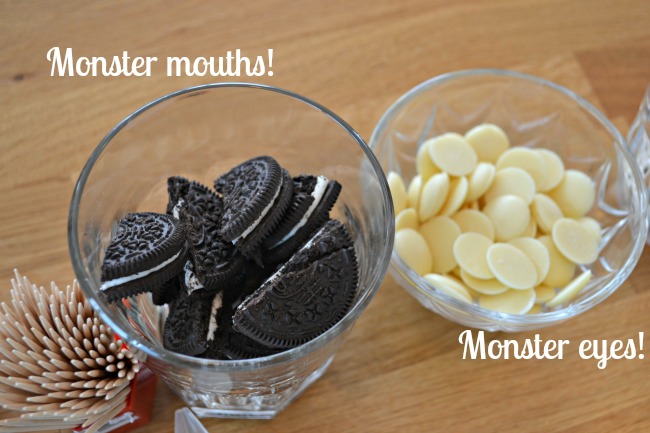 Having had some practice letting the three-year-old take control in baking, it was a bit easier to let her just do what she wanted (even if I tiny part of me was thinking ‘oh no! Don’t put THAT much blue icing on the cake!’). She loved being totally in control of the colours of monster ‘fur’ she piped on with icing, and the scary faces she made with the decorations.

We made six cupcakes, which was perfect, as any more than that and she might have started to get bored. 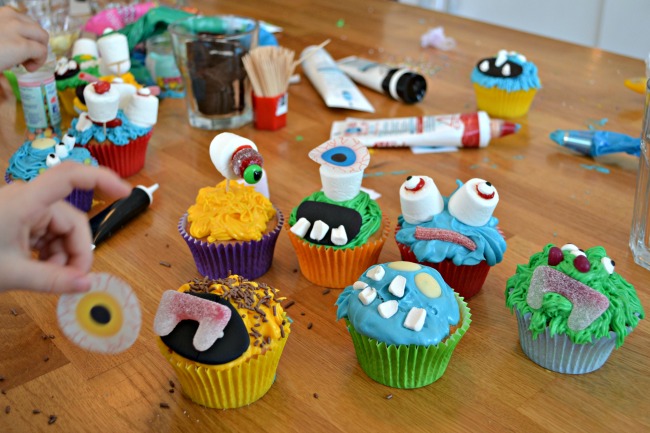 It was fantastic to see her imagination go wild. She was very particular about putting teeth on one, but just a sad smile on another. She wanted one big eye on one and pupil-less flat eyes on another. She didn’t even try to eat many of the ingredients.

Once she’d finished, she sat with an expectant grin on her face. “Can I eat them now?” She coped well, when we told her we’d be taking the cakes home before we ate them. Later that afternoon, we each had one with some tea (us) and milk (her). And they tasted GOOD. 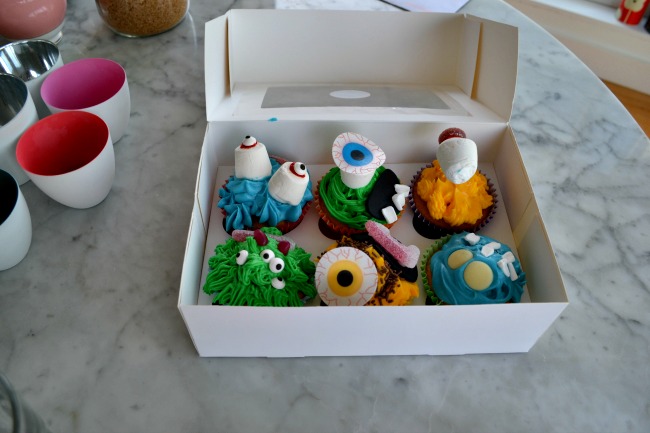 • BKD London run kids’  baking classes with a class costing £15 per child (includes adult). Classes coming up include a pirate biscuit decorating class and an Easter cakepop class. Thanks to Adelle and BKD London for inviting us along to the class!