I hate the word mumpreneur. You never hear of dadpreneurs, they’re just known as entrepreneurs. So why the special tag for mums? Anyway, that’s not the point. I recently met an entrepreneur, and yes it happened to be a female one, and she happened to be a mum. We have mutual friends but met for the first time at a networking dinner. Jackie, as she is called, soon mentioned to me that she runs her own business manufacturing and selling teething necklaces.

My eyes started to glaze over and I steeled myself for some hippy dippy looking product that I wouldn’t be seen dead in.

But Jackie just pointed to her own necklace around her neck as she chatted away. (“That’s the teething necklace?” I thought to myself. I didn’t say it out loud because I didn’t think I’d be able to hide my disbelief.)

Soon, it became very clear that yes, indeed, the necklace Jackie was wearing was her teething necklace. What’s more, two other women at our table were also wearing them. Not a gummy, dribbly baby in sight, just women drinking wine, wearing nice necklaces. I was impressed.

Nibbling necklaces, Jackie told me, are made with 100% food grade silicone (similar to dummies & bottle teets) safe and soft enough for a baby or toddler to chew, providing relief for them, when teething. They are dishwasher safe and have a breakaway safety clasp that comes apart easily when pulled. 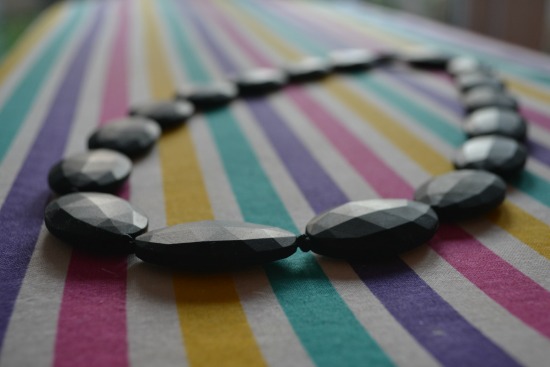 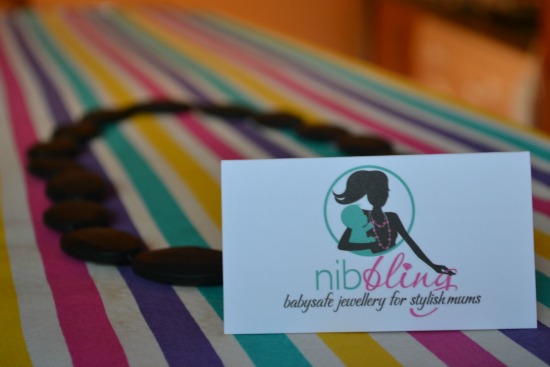 But more than that – they look good. I’ve been wearing my black Chelsea necklace, which Jackie kindly gave me to road-test, to work and at the weekends when out and about as a family. I don’t even have a teething child, I just really love the necklace. It actually reminds me of a favourite heavy black beaded necklace I had years ago, from Accessorize, but that broke in 2010. Sob. 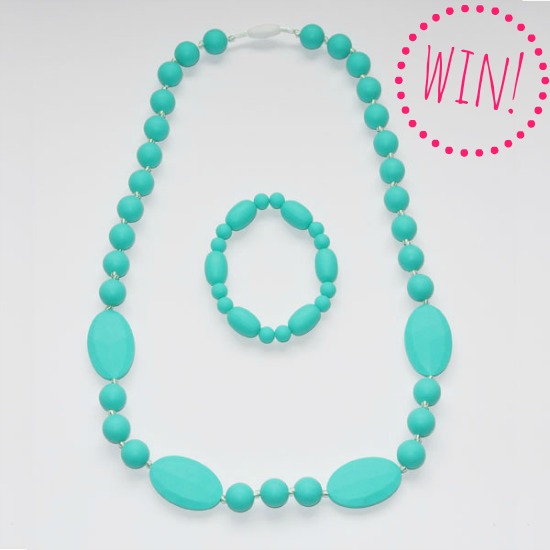 Jackie has given me a Brixton bracelet in turquoise (yes, she does bracelets too!) and a Camden necklace in turquoise to give away to one lucky winner. To enter, follow the instructions on the Rafflecopter box below. Good luck!