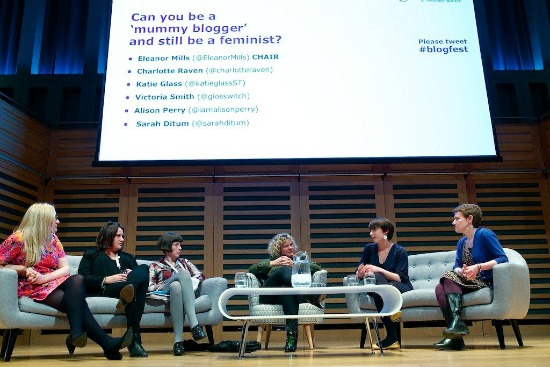 Can you be a mummy blogger and still be a feminist?

It’s a question that was being asked on a panel discussion that I was part of, this weekend, at the annual Mumsnet Blogfest conference. The panel consisted of myself (hello, I’m Alison), bloggers Sarah Ditum and Victoria ‘Glosswitch’ Smith, editor of The Feminist Times Charlotte Raven and journalist Katie Glass.

Of the five women on the panel, all of us would describe ourselves as a feminist. But interestingly, our definition of ‘feminist’ seem to vary a fair bit. Personally, I describe myself as a feminist because I strongly – passionately – believe in equality for women. I take any opportunity I can get to talk about equality and to challenge the views of the people around me. I get angry over gender stereotypes in kids’ toys. I get angry that women are still expected to take a huge chunk of time out of their working lives to stay at home with a baby (yes, I understand that breastfeeding is tricky for men, but there’s no reason that we can’t live in a world where mums take six months off, and then dads take six months off – but that’s a whole different blog post). I get angry, and vocal, about a lot of sexism that exists in society.

The other thing which varied wildly was the panellists’ views on what a mummy blog actually is. The term ‘domesticity’ was used a lot. The panel seemed to – on the whole – think that mummy bloggers blog about home life with their kids. Which is true of some mummy blogs, but so many mummy bloggers write about other things. They write about health, education, campaigns, charity fundraising, technology, grief, psychology, politics… as well as many who write about traditionally fluffier subjects like travel, fashion, culture, beauty, interiors…. and some even write about cooking, baking, crafting and parenting. To put “mummy bloggers” into a neat little box labelled “domestic life” is a huge injustice. My fellow panellist Glosswitch made a brilliant point, saying “You are held back by the perceptions of people who don’t actually read the blogs.” 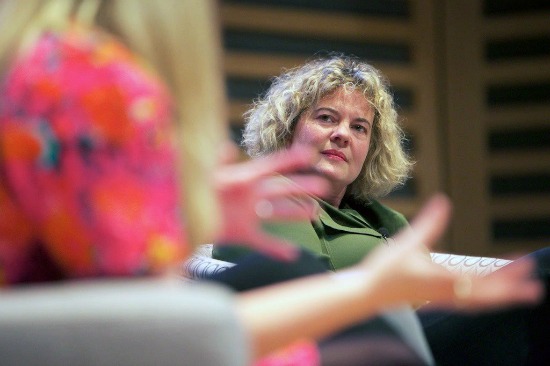 But even those mummy bloggers who do write a lot about home life with their kids – in my opinion, that’s not an anti-feminist act. They’re writing about stuff that they’re passionate about. Why is that passion less valid, in the eyes of some feminists? Chances are, they’re not being forced to stay at home by a sexist husband who thinks her place is in the home looking after the kids, baking cupcakes and building giant rocket ships out of The White Company cardboard boxes. They’re choosing to. It’s their choice. And they have that choice thanks to the progress towards equality and the campaigning done by feminists over the years. Even if you believe that what I’ve just described is an anti-feminist act, many feminists make non-femninist choices every day, but still call themselves a feminist. This is no different. So whether you blog about your kids, you wear heels, you make jam – you can do all of those things and still be a feminist.

The debate moved onto the term ‘mummy blogger’, with Katie Glass saying she finds it patronising. A view, interestingly, held by many mums who blog. I recently asked a group of mums-who-blog on Facebook whether they like the term ‘mummy blogger’ and around 70% said no, they found it patronising. I don’t find it patronising. I am a mummy. My three-year-old daughter calls me “mummy”. Being a mum is my biggest achievement. It’s the hardest thing I’ve ever done in my life, but I’m doing it, so I’m happy to be known as a mummy. The term doesn’t define me, though. I am many more things, but I am a mummy. Why on earth would such a fantastic achievement – and a description of a huge part of my life – be patronising? Why, as women, are we turning it into a negative?

Justine Roberts, co-founder of Mumsnet chipped into the debate with an anecdote on being questioned by people wondering why they chose “Mumsnet” as a name for their website. “I explained to them – it’s for mums and we’re on the net. It’s a description of what it is. Calling yourself mum (or a site Mumsnet) is not forgetting or betraying your feminist roots.” 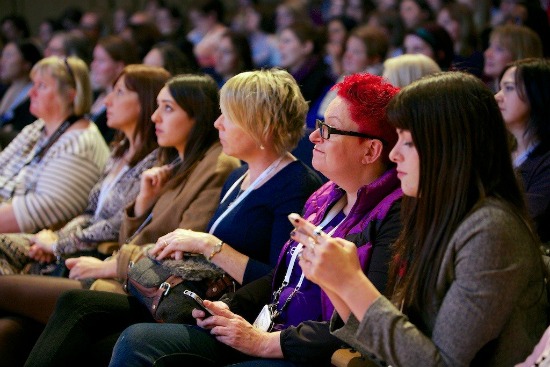 The discussion provoked a strong reaction from the audience. A scan through the #blogfest hashtag after the session showed that many of the audience disagreed with the views they were hearing and the audience questions provided some strong, passionate points. (Sidenote: an argument broke out between some audience members and Sarah Ditum which was, in my view a misunderstanding. Sarah described her own experience of choosing to go back to university after having a child, because she knew it was the best thing to do for her child’s future. This became lost in translation and upset some of the audience. I felt for Sarah, as I believe she was misunderstood.)

The post-conference G&Ts saw feminism discussed and analysed and debated. So, even if some felt – as many did – a bit bruised and battered after the session, getting people talking about feminism is no bad thing. Thank you to Mumsnet for having me on the panel and for giving me the opportunity to speak for mummy bloggers.