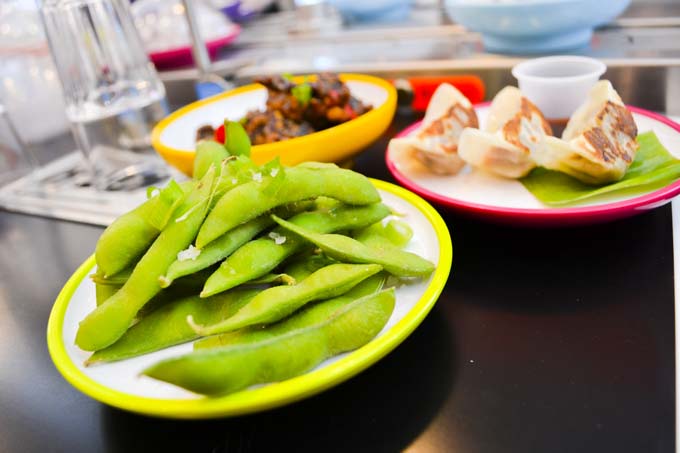 Mr P and I are slight geeks, and whenever we notice there is a new shop or restaurant opening up in our local town centre, we get a bit excited. If one of us spots it, we play the guessing game with the other. “Guess which restaurant is opening up on Widmore Road?!” I’ll say to him, and then I give him clues until he guesses. I KNOW, we are just too crazy for words. The fun we have.

So this conversation happened recently when Mr P spotted that they were planning to open a new branch of Yo! Sushi in the middle of the Intu shopping centre. Yo! Sushi – in Bromley! How cosmopolitan! 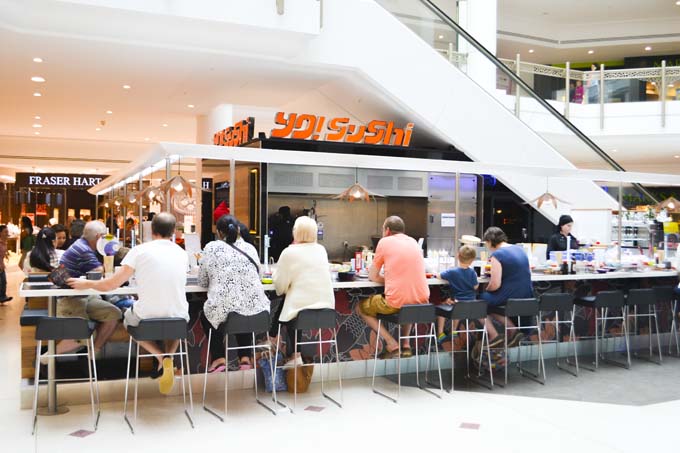 A couple of weeks after it opened, we went for a sneaky lunchtime date, while the four-year-old was at pre-school. And it was AWESOME. We sat in a booth for four (a bit cosier than the bar-style seating) and for a minute, we were totally mesmerised by the plates passing our eyes, on the little conveyer belt. 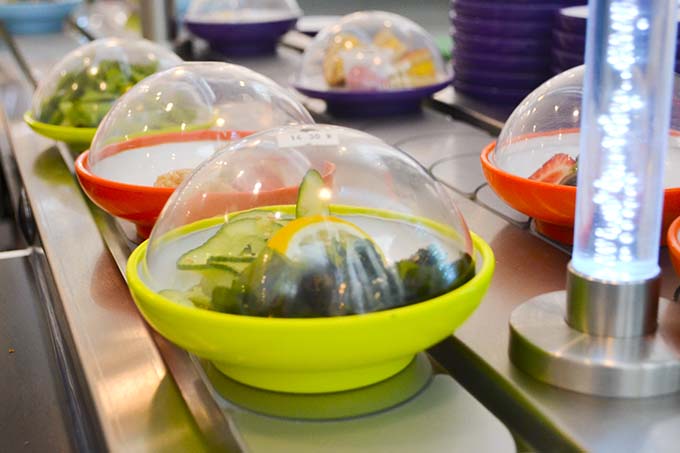 Once we’d snapped back to reality, we grabbed the first two plates we saw (classic Yo! Sushi impulsive move) which turned out to be duck gyoza and edamame beans. The waiter asked us what we’d like to drink, and asked if we’d like anything made to order from the menu. 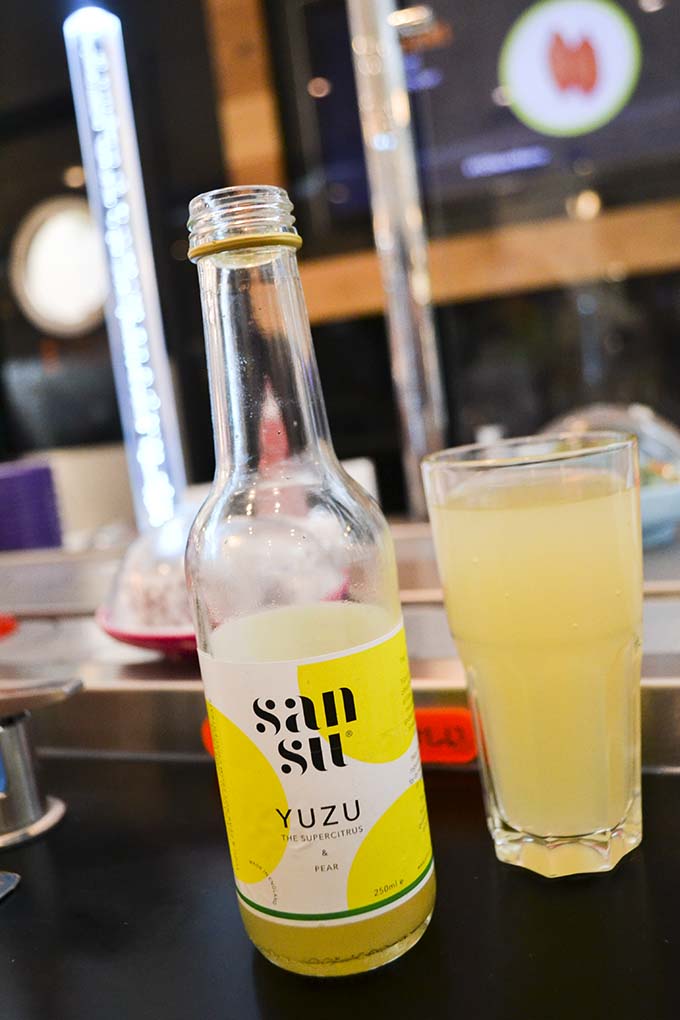 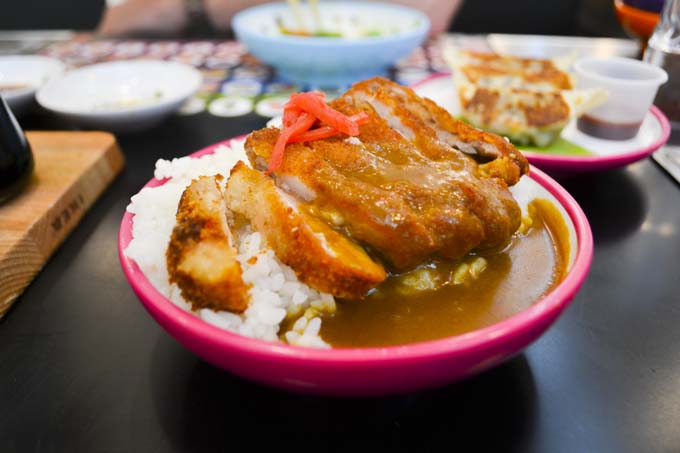 That’s when Mr P remembered the wonder that is… chicken katsu curry. We ordered one of those, and went a bit off-piste, ordering a beef teriyaki too. Oh my goodness, the beef teriyaki was good. Well, put it this way: we ordered a second one. 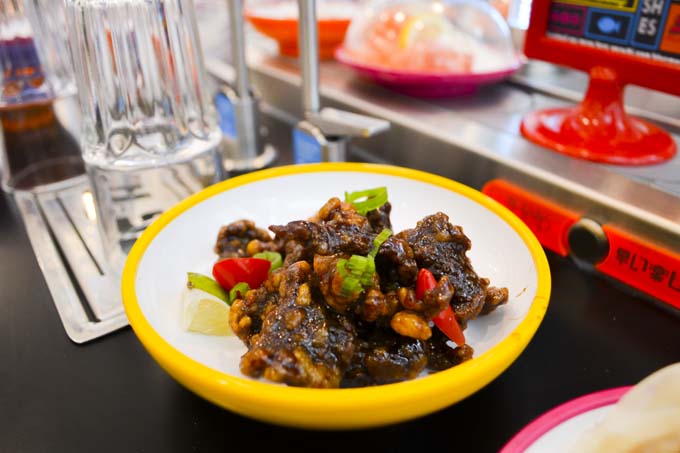 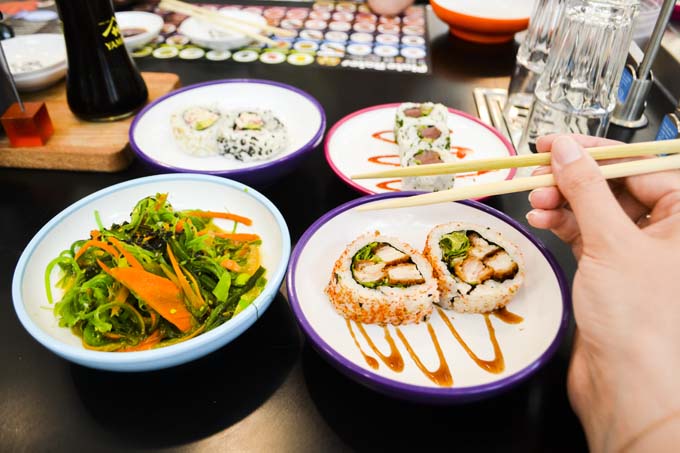 A few Californian rolls later and we were stuffed. And then the manager popped along and told us we had to order their limited edition dessert, the Japple Pie. 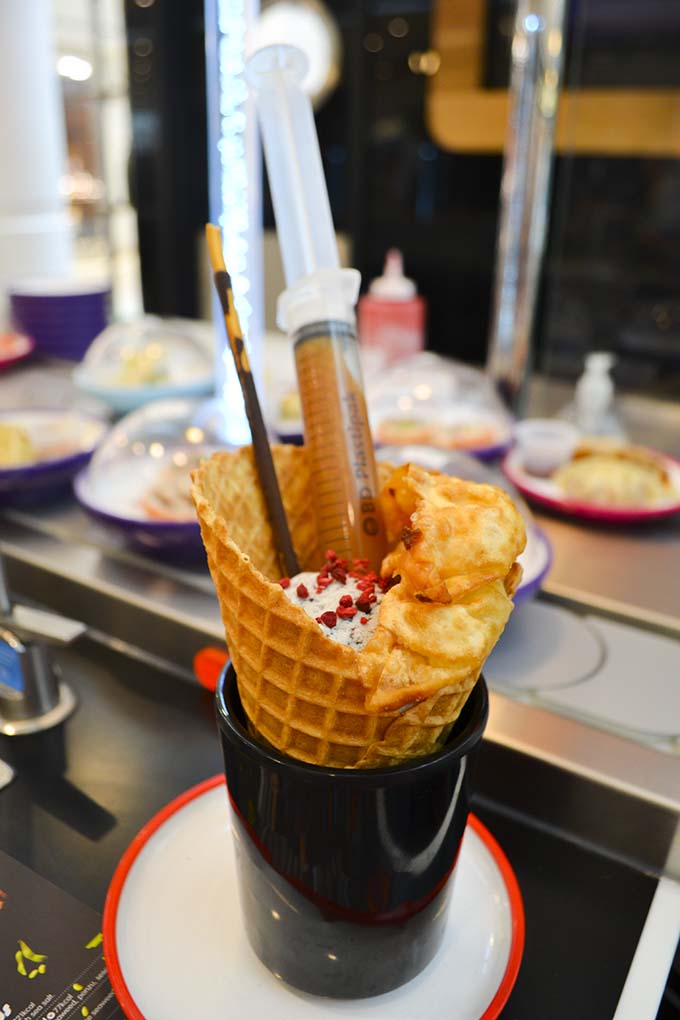 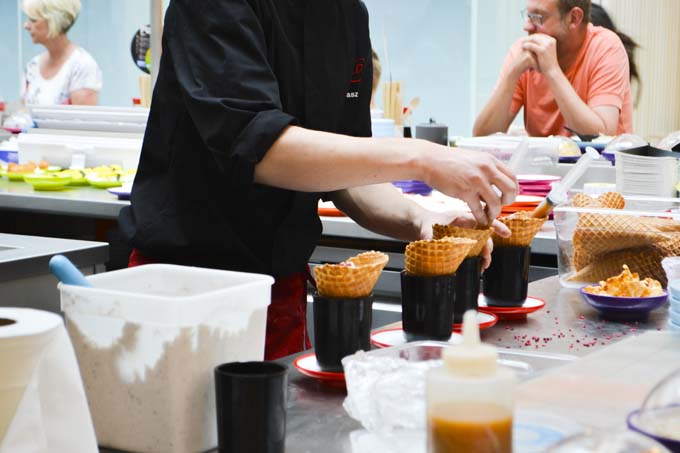 Even if you don’t like sushi, I urge you to visit a Yo! Sushi to have a Japple Pie. Seriously. I’m keen to go back to get another before they stop doing them.

Despite this being a lovely lunchtime date, we did that thing parents do, and spent a good five minutes discussing how much our four-year-old would like it. There were loads of families, with the kids loving the novelty of the food whizzing past them on a conveyer belt, and there’s plenty of kid-friendly food on offer.

We were so impressed with the new Yo! Sushi in Bromley, and we’ll be regular customers. Meet you there tomorrow for a cheeky katsu curry, yeah?

Big thank you to Yo! Sushi for inviting us along for the purpose of this post. Our complimentary meal was delicious and all thoughts are my own, as always.