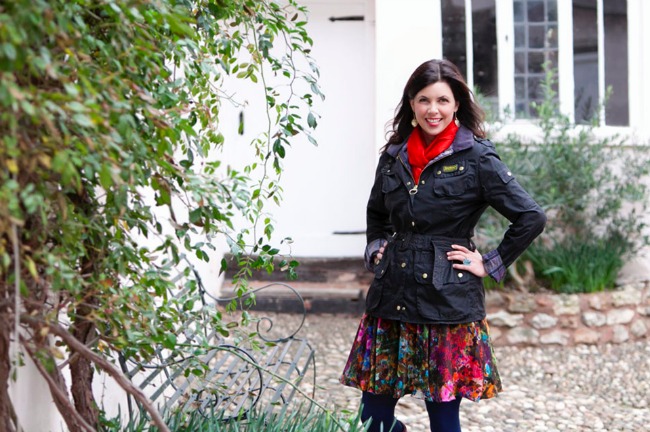 Kirstie Allsopp caused a bit of a stir yesterday. In an interview with The Telegraph’s Bryony Gordon, she spoke about women’s limited fertility and when women choose to have kids. If you believe some articles that sprang up in reaction, she was telling the nation’s young women to bin off uni and find a nice man to settle down with, but I think her argument is slightly more complex than that.

“Women are being let down by the system,” she said. “We should speak honestly and frankly about fertility and the fact it falls off a cliff when you’re 35. We should talk openly about university and whether going when you’re young, when we live so much longer, is really the way forward. At the moment, women have 15 years to go to university, get their career on track, try and buy a home and have a baby. That is a hell of a lot to ask someone. As a passionate feminist, I feel we have not been honest enough with women about this issue.”

So far, so good. Have to say that I agree with Kirstie on all of that. Between the age of 18 and 35 we have so much to pack in. Kirstie continues by saying, “[Fertility] is the one thing we can’t change. Some of the greatest pain that I have seen among friends is the struggle to have a child. It wasn’t all people who couldn’t start early enough because they hadn’t met the right person.

“But there is a huge inequality, which is that women have this time pressure that men don’t have. And I think if you’re a man of 25 and you’re with a woman of 25, and you really love her, then you have a responsibility to say: ‘Let’s do it now.’

“I don’t have a girl, but if I did I’d be saying ‘Darling, do you know what? Don’t go to university. Start work straight after school, stay at home, save up your deposit – I’ll help you, let’s get you into a flat. And then we can find you a nice boyfriend and you can have a baby by the time you’re 27.”

“Yes,” she concedes, “that might sound wholly unrealistic. But we have all this time at the end. You can do your career afterwards. We have to readjust. And men can have fun after they have kids. If everyone started having children when they were 20, they’d be free as a bird by the time they were 45. But how many 45-year-olds do you know who are bogged down?

“I don’t want the next generation of women to go through the heartache that my generation has.”

It’s fantastic that Kirstie Allsopp has pushed this debate into the media. Talking about fertility and choice can only be a good thing and if it gets young women thinking about what they want from life, then that’s brilliant.

Questioning how and why we do things is the way forward. Of course it is.

However, where I struggle to agree with Kirstie is her suggestion that women should put having a family ahead of everything else. Some might argue that she’s simply asking that young women are more aware of their limited fertility, so that they can make an informed choice early on, but is that realistic?

When I was 21, I graduated and was desperate to start my career. So desperate that while other friends went off travelling for a year, I stayed at home and interned until I was offered my first job. I had dreamt of working on a magazine since I was 16 and I had fire in my belly – excited and full of anticipation of where my career would take me. If someone – anyone – had sat down and said, “Look here, Alison, you’ve got to be aware that you’ve only got around 14 years left of good fertility so really think about whether you should be focusing on finding a man and working towards having a baby,” I would have laughed in their face.

A baby? I’d have thought. Why on earth would I want to sacrifice starting my career and let other people take opportunities that I could have?

But more importantly, I still felt like a bit of a child myself back then. I actually met my (now) husband when I was 20. We moved in together when I was 22 and we pretty much knew we’d be together forever (1,2,3 aaahh) so by Kirstie Allsopp’s thinking, we should have had a conversation back then about having kids.

But we weren’t emotionally ready. We weren’t mature enough. I was going out drinking every night, having silly fall outs with friends, experiencing life dramas that most 20-somethings experience (blimey, it was exhausting, wasn’t it?). There’s no way we were ready to be responsible parents. Of course, many 20-somethings are, but we weren’t. My biological clock might have been ready, but my brain wasn’t. And when you have a baby, you need your brain to be fully in gear. Crikey, I struggled with a newborn at age 31, I would have cracked if I’d been 27.

And that’s my point – if this debate had been happening 14 years ago, all it would have achieved is an extra layer of pressure on the 21-year-old me. I would have felt totally stressed out at the idea that I should be considering starting a family. So, while I’m all for questioning things and love that this is being discussed, I think that for most people, it’s not a realistic option.

What do you think? What age did you have kids and would you do things differently if you went back in time? kirstie allsopp fertility