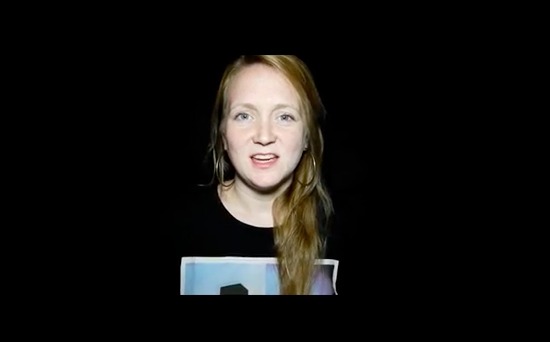 Only a couple of weeks after National Breastfeeding Week comes a video that, for me, perfectly sums up the stigma attached to breastfeeding in public. Poet Hollie McNish wrote a poem, entitled Embarrassed a few years ago, as a new mum. But it was only recently that her partner convinced her to release it on her YouTube channel.

In the poem, Hollie describes feeding her daughter – who is now three – in toilet cubicles, for fear of offending people by breastfeeding in public. She explains: “I wrote this poem in a public toilet after my 6 month old baby fell asleep. I was in town on my own a lot with her and the first time I fed her, someone commented that I should stay home.” Hollie says she was embarrassed and the comment was enough to put her off breastfeeding in public. “For 6 months [I] took her into toilets when I was alone without the support of boyfriend, friends, mum etc. I hate that I did that but I was nervous, tired and felt awkward.”

Hollie continues by saying, on her YouTube channel that the media should help to normalise breastfeeding. “I find it weird that our TVs, media etc never show breastfeeding in soaps, cartoons, anything. That we and the US are so bloody scared of it. It’s weird.”

But Hollie McNish isn’t against bottle feeding, more the reasons that some mums choose formula over breast. She says, “I hate the divide created between mums because of this issue. So many friends of mine swapped to formula because of embarrassment and no other reason. That makes me really hate our culture.”

Now Hollie’s YouTube video has gone viral, with over 250,000 views since she posted it last week. A link to the video was even tweeted by singer Pink. “I just hope it helps other people realise they’re not on their own for feeling embarrassed about something they know they shouldn’t,” she says.

I personally LOVE the poem. Hollie sums up how embarrassing it is to breastfeed in public, but how ridiculous that embarrassment is. Why should new mums have to hide to feed their babies to spare the blushes of people who should frankly just grow up and learn to deal with seeing a bit of flesh? I was embarrassed to feed in public and tended to seek out feeding rooms in shopping centres, but really I should have just braved it in public. What do you think – do you think Hollie’s poem will give new mums confidence to breastfeed in public? If you haven’t already seen it, watch it here…