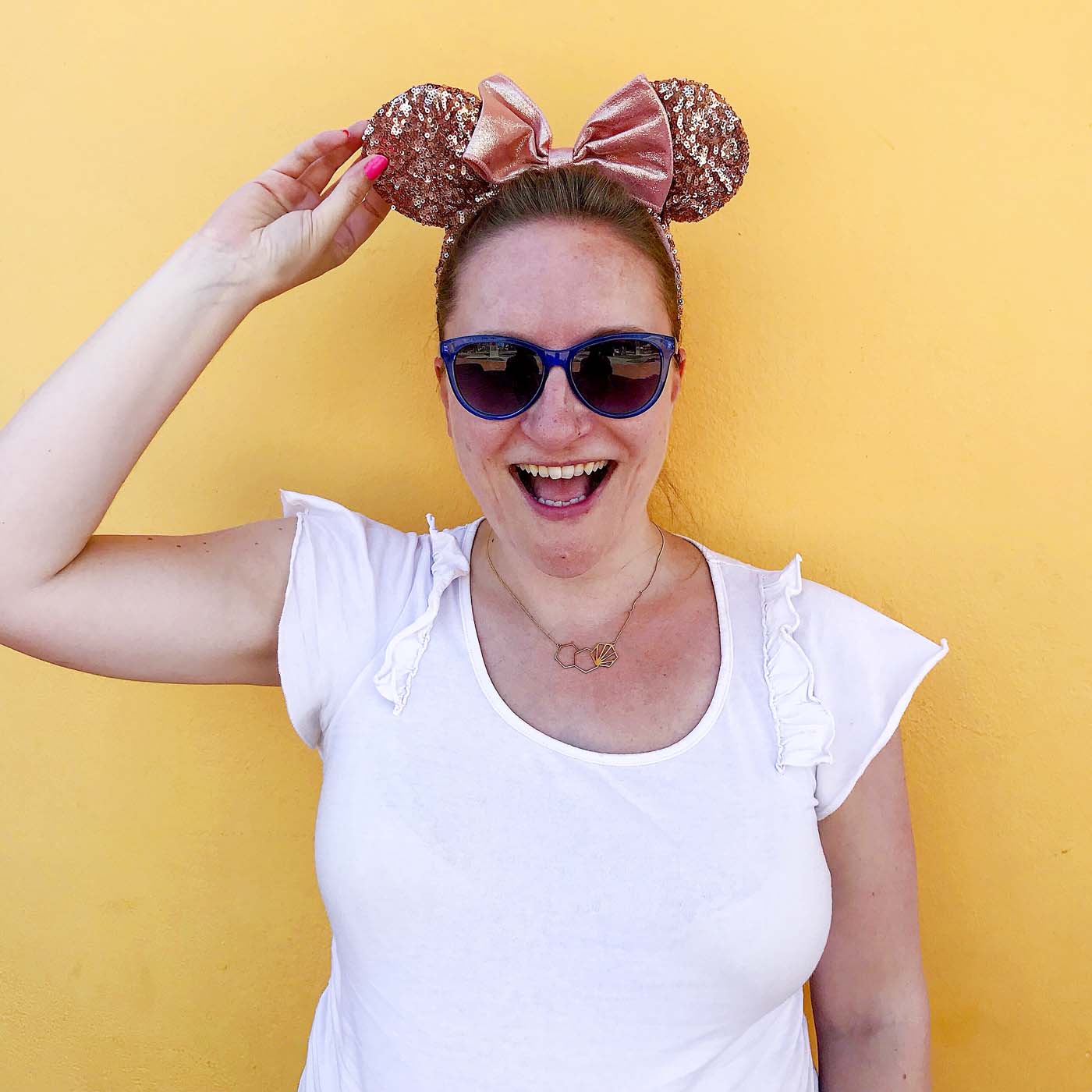 A theme park holiday might not be up there on your average ‘Pregnancy To Do List’ but this summer, we wanted to do a Disney holiday with the seven-year-old. The aim was to have a totally child-focused few days where she got to (mostly) call the shots and decide what we do… before she gains two siblings and suddenly no longer has 100% of our attention!

Disneyland Paris seemed like the obvious choice of destination – as a family we LOVE Disney parks and the seven-year-old still talks about our holiday to Orlando two years ago. But how easy was it, for a 24-weeks-pregnant mum to navigate Disneyland Paris? If you’re pregnant and considering a trip there, here are six things you should know… 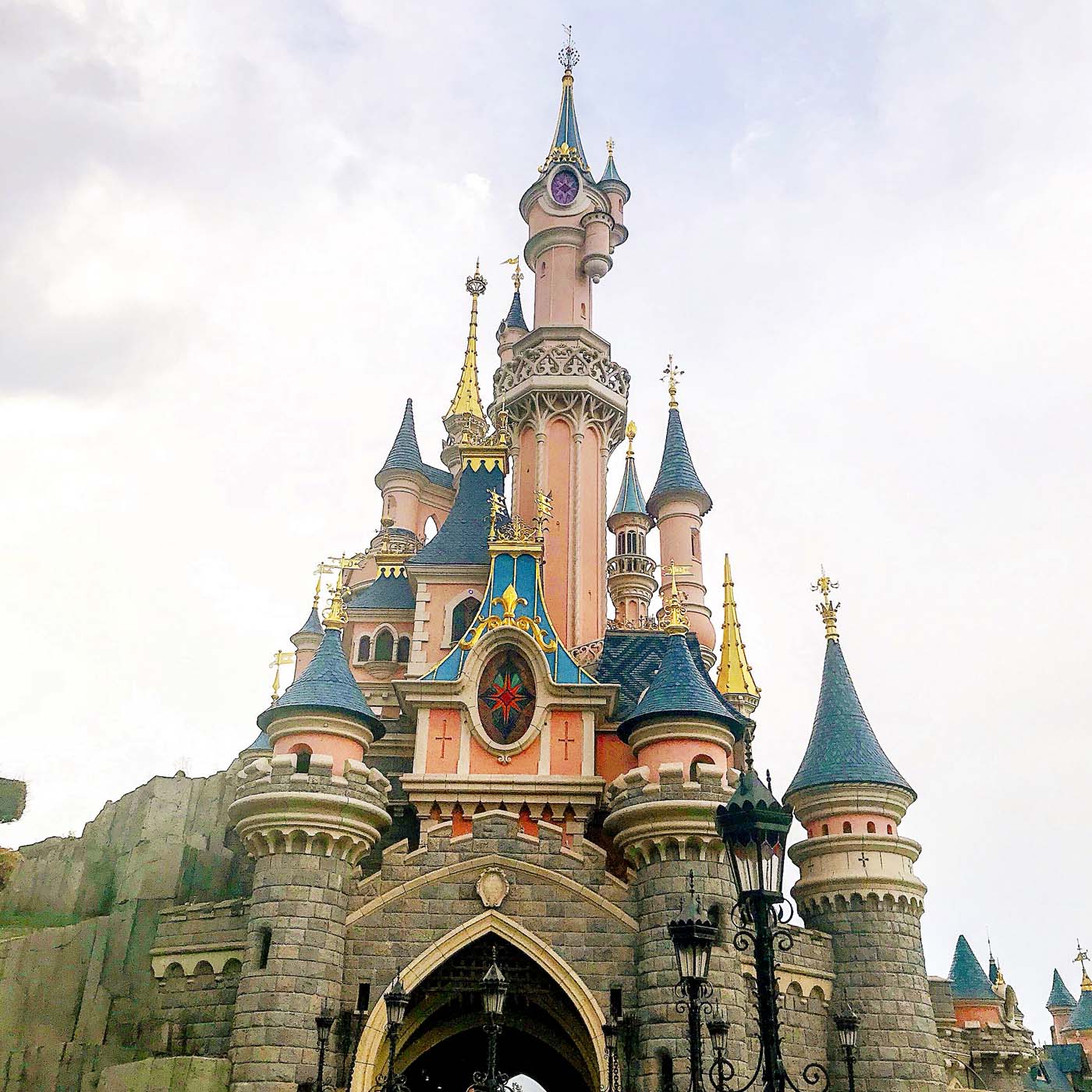 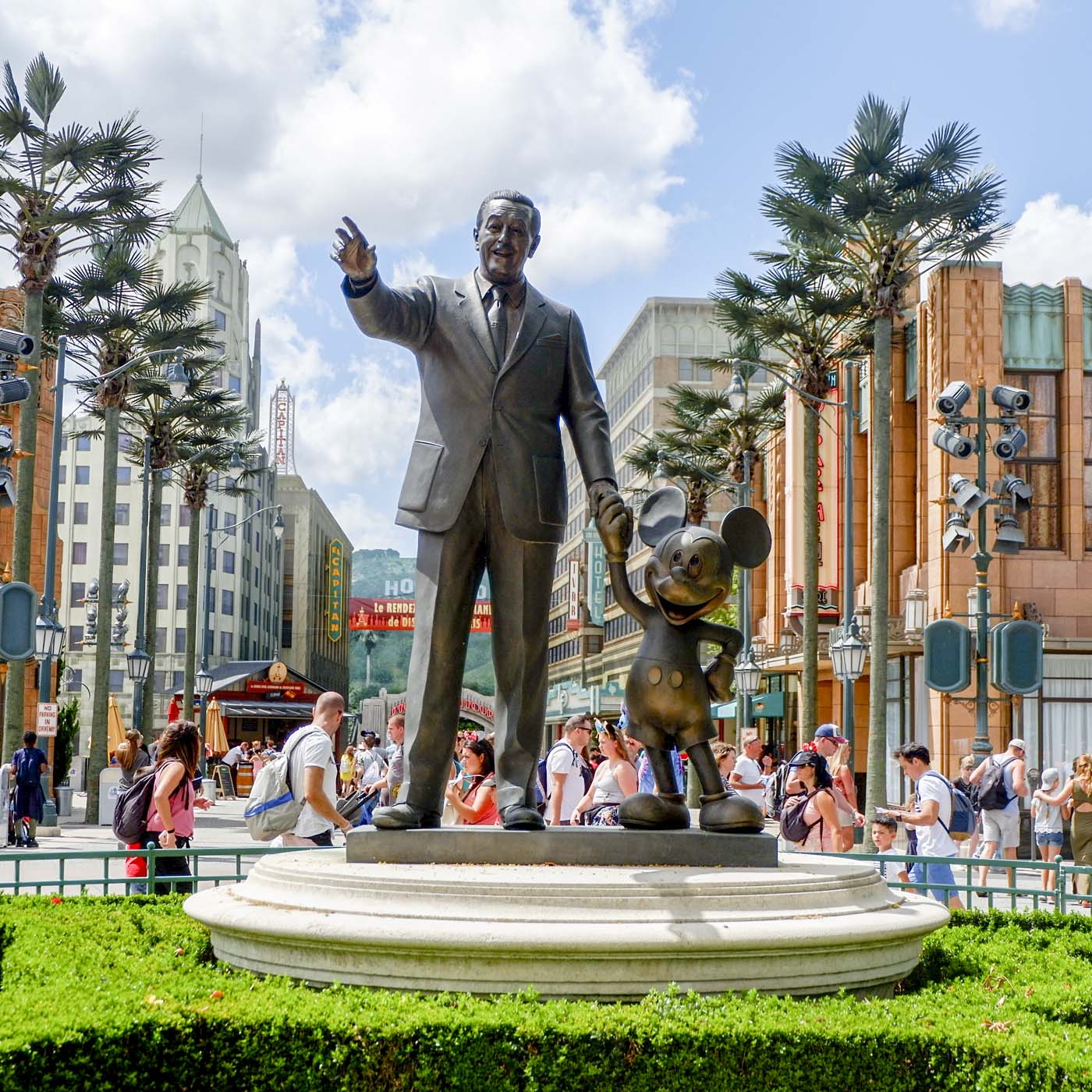 1. There aren’t actually that many rides you can go on

Before we went, I didn’t research which rides I’d be allowed on (*I know*… bad planning!). I imagined I’d have to give the big rollercoasters like Big Thunder Mountain and Rock ‘n’ Rollercoaster a miss, but between you and me, I don’t go on many of those big rides anyway, so that’s no biggie. However, when we got to Disneyland Paris, I discovered that there are LOTS of slow/tame rides that pregnant women can’t ride on too. Rides like Peter Pan’s Flight, Pirates of the Caribbean, Blanche-Neige et les Sept Nains and even the Teacups ride don’t allow pregnant women on, and I’d been banking on being able to ride lots of those attractions with my seven-year-old.

The reason, as I understand it, is that many of these rides have lap bars which come down and depending on how pregnant you are, might stop you from sitting on the ride, but also might hurt your unborn baby, if the ride came to a sudden stop. Which is fair enough! But it’s good to be aware of how few rides you can go on, before you go. You know, unlike me.

The park maps have an easy key which tell you which rides are OK for pregnant women, and the Disneyland Paris app is handy too because you can filter it and ask it to show you the rides that are suitable for you. 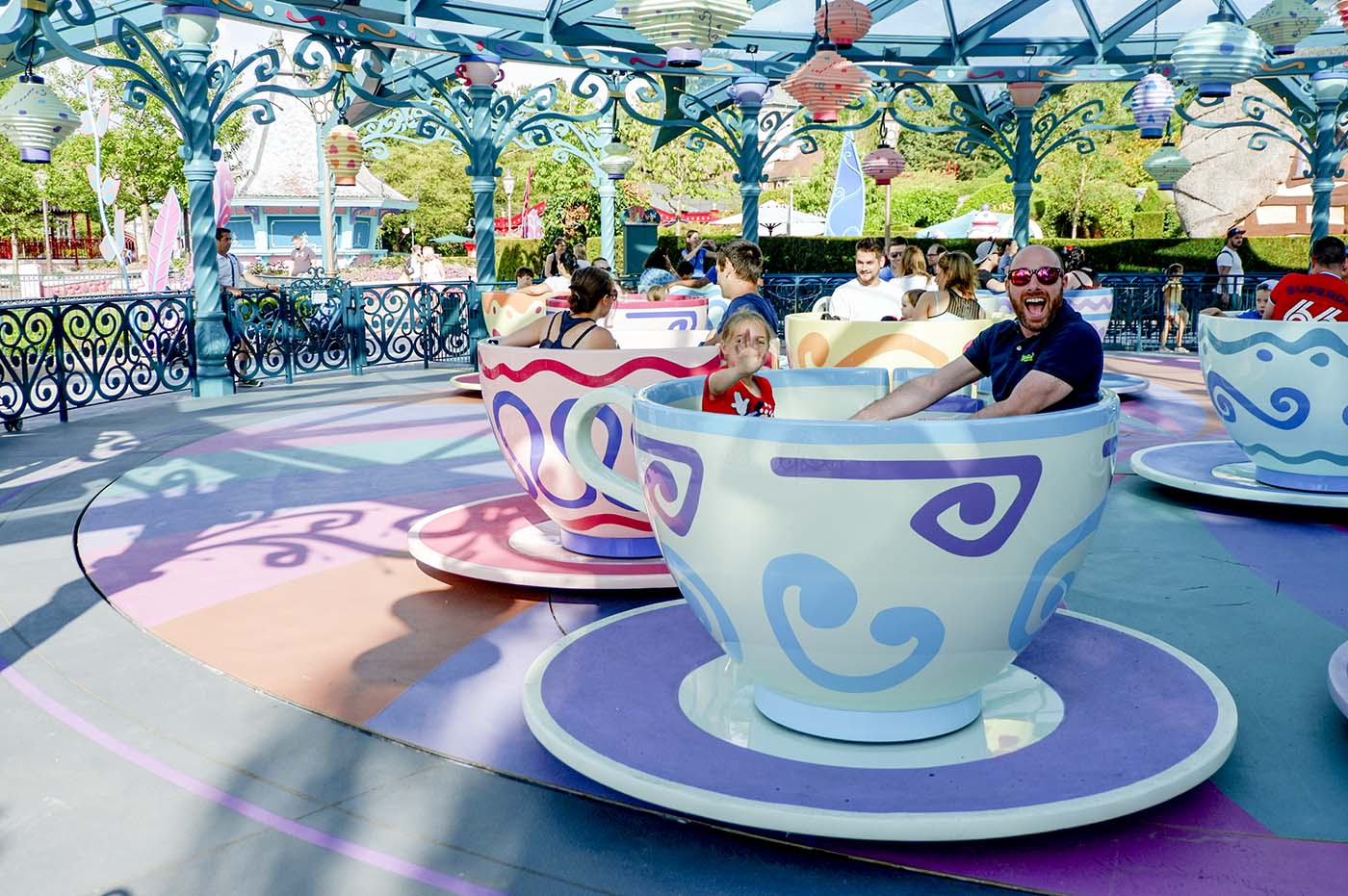 2. You can get an Easy Access Card which will allow you to avoid some long queues

For those rides and attractions that you can go on, the Easy Access Card makes things a lot easier. Pop to City Hall when you arrive at the park (it’s just on your left before you hit Main Street USA) and they’ll give you the card. Then, take the card to the attraction or ride you want to go on, show the card to a Cast Member, and they will give you a time to return. Basically, if the current queue time is 45 minutes, they’ll tell you to come back in 45 minutes, when you’ll be ushered straight on. So you’re not jumping the queue, but it does mean you don’t have to actually stand in the queue. You get to take up for four people with you, too, so for a lot of people this means their whole party can ride together. 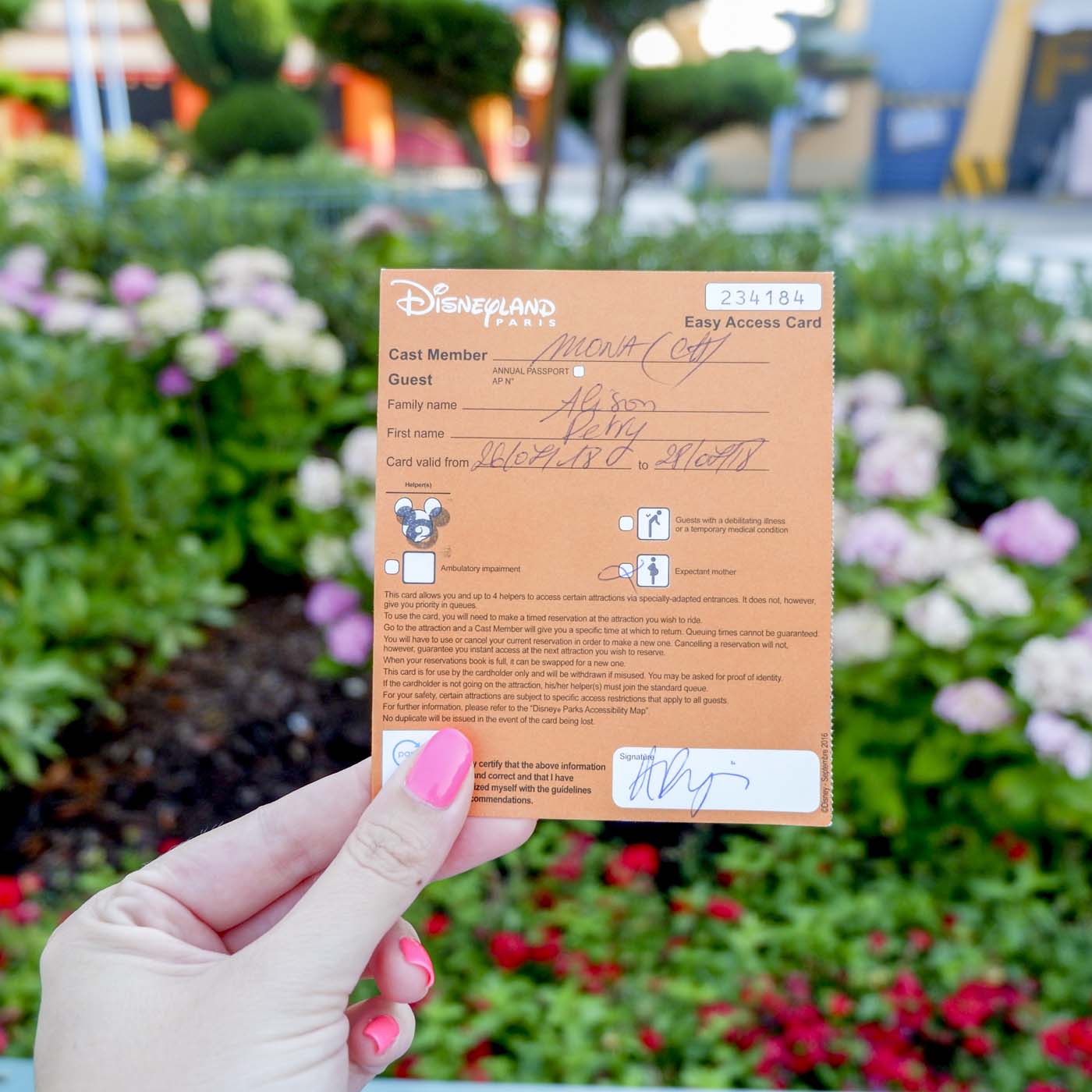 You can use the Easy Access Card for meeting characters and things like the Studio Tram Tour in Walt Disney Studios Park.

I loved using the Easy Access Card, as it meant I didn’t have to stand for ages in a queue – something I found tricky at 24-weeks-pregnant – and could sit down somewhere nearby while we waited for our time slot. Which leads me onto…

3. There are lots of places to sit and rest while you wait for your party

Having some time to just sit, while your family heads off to go on some rides, is actually no bad thing when you’re pregnant. I really appreciated the slower pace and would find a little cafe, ice cream shop or just a bench in the shade, where I’d quite happily sit for an hour or so while the seven-year-old and Mr P went on Pirates of the Caribbean or Space Mountain. Knowing that they were having amazing fun, while I chilled out, was nearly as good as me being able to join them on the rides! 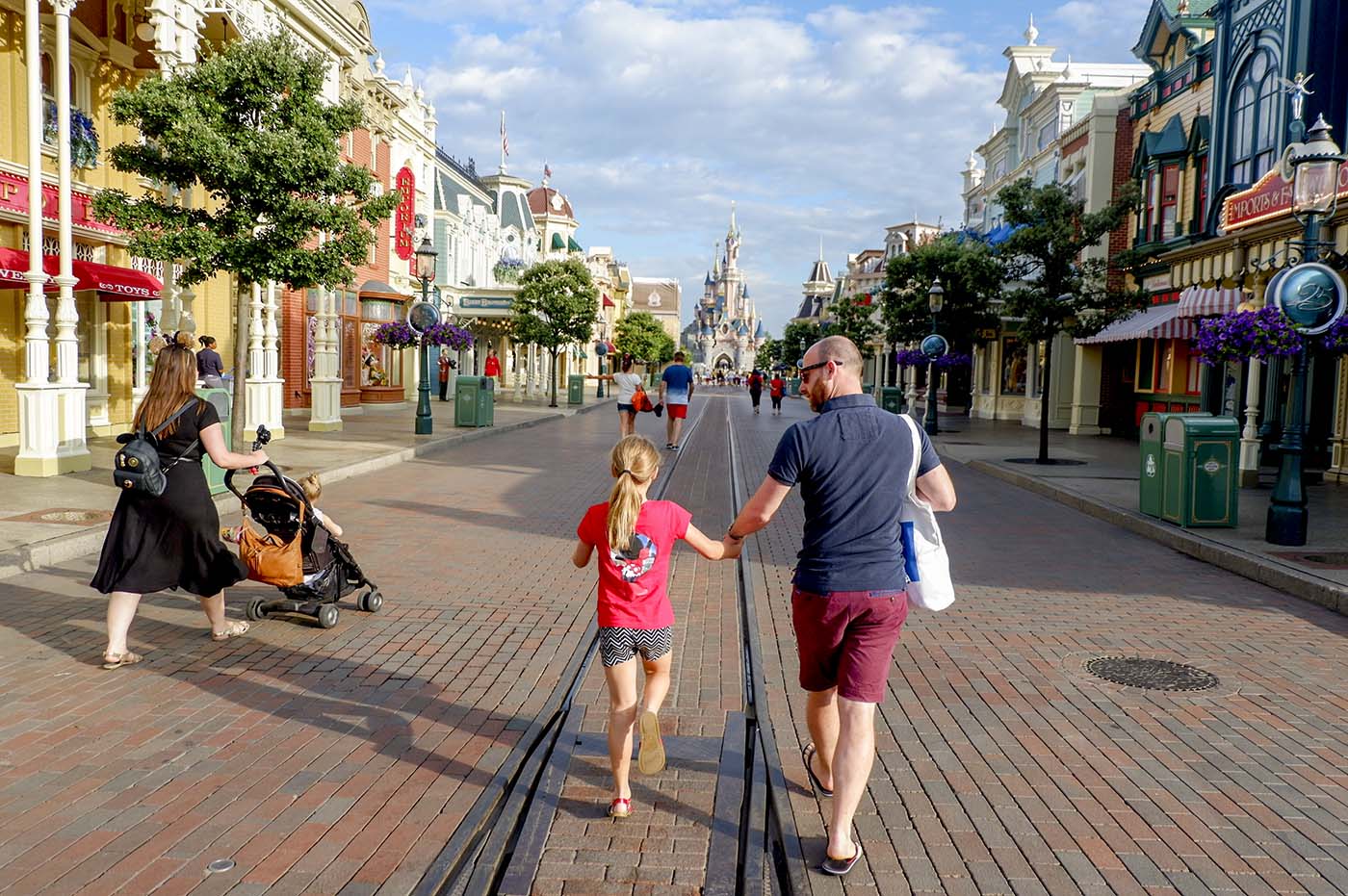 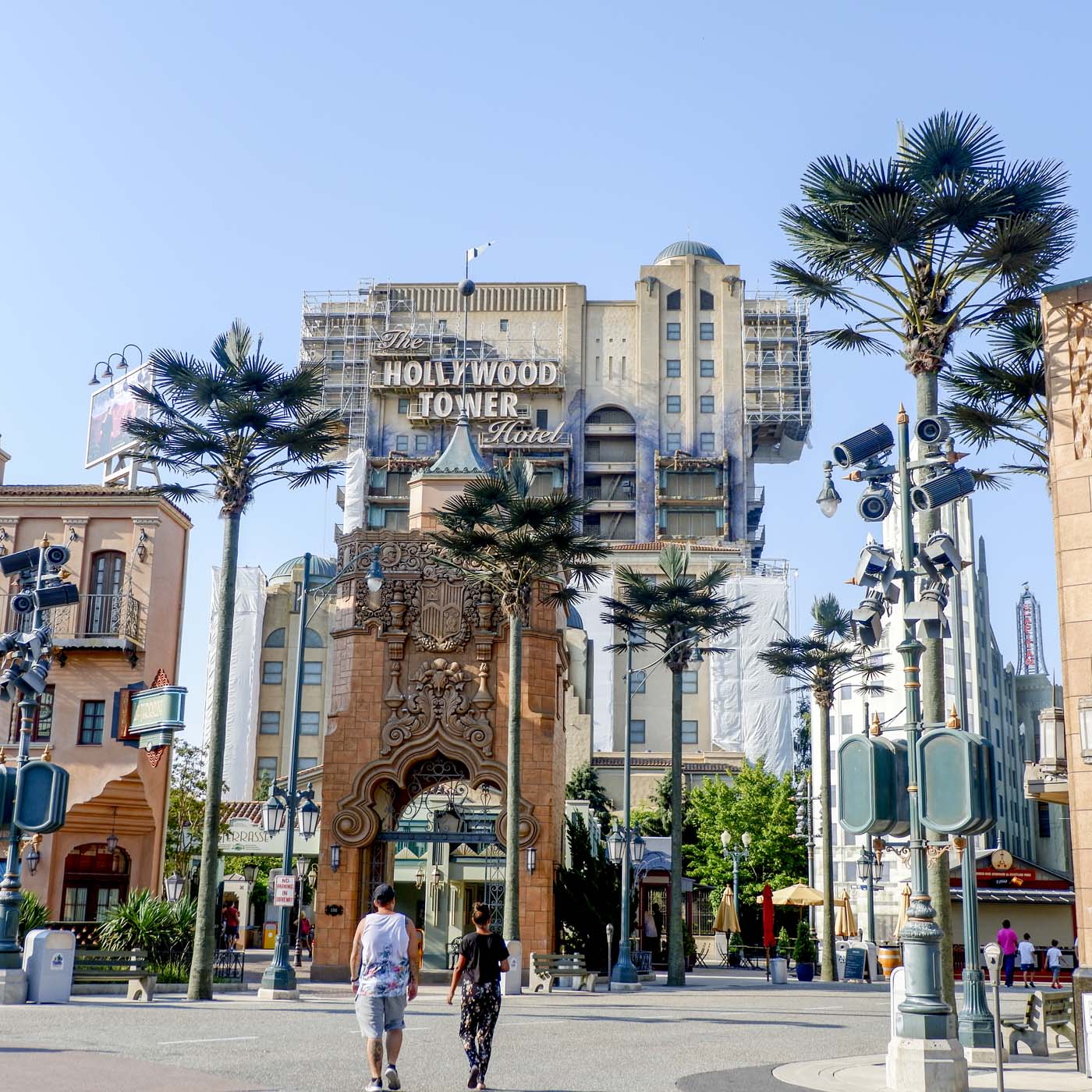 4. There are lots of shows you can sit and watch

Another great way to rest your tired pregnant legs is watching a bunch of the shows that happen all over Disneyland Paris. We loved Mickey and the Magician, at Walt Disney Studios Park, and the Disney Princess show in Fantasyland in Disneyland Park. And there are lots more to choose from, like the Marvel: Superheroes United show, Stitch Live and Disney Junior Live on Stage. Remember to use your Easy Access Card for these shows, and it’ll allow you to enter a bit early and get a seat with ease.

There are also other attractions which you can explore, like Disney’s Art of Animation in Walt Disney Studios Park, where the seven-year-old sat happily for half an hour, drawing her own animation. 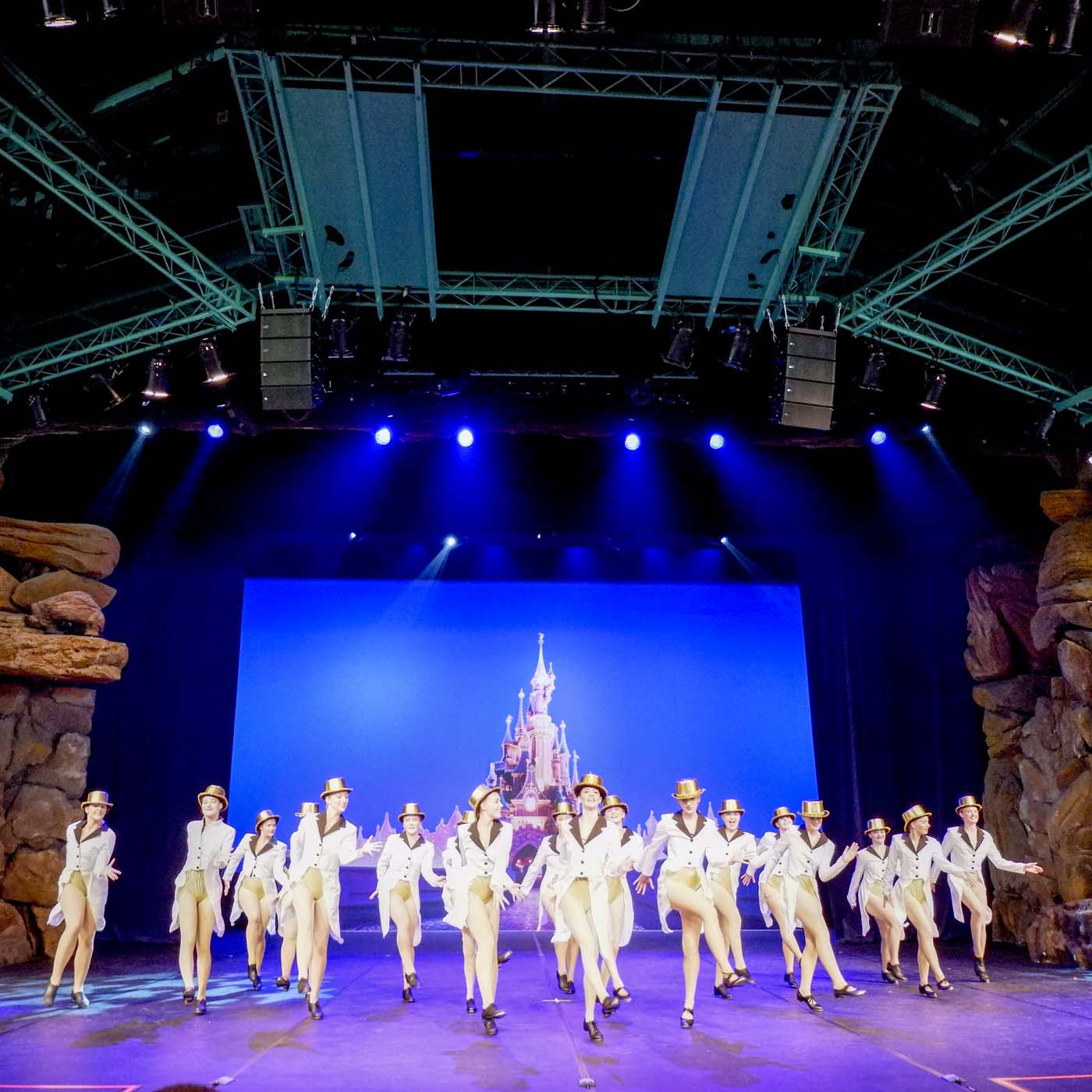 5. Take snacks with you and bottles to refill with water

There are loads of places to buy drinks and snacks, but queues can be long, so it’s a good idea to take some snacks with you – crisps and nuts were a favourite of mine to keep energy levels up – and also some bottles which you can refill with water at the many water fountains dotted around the parks. 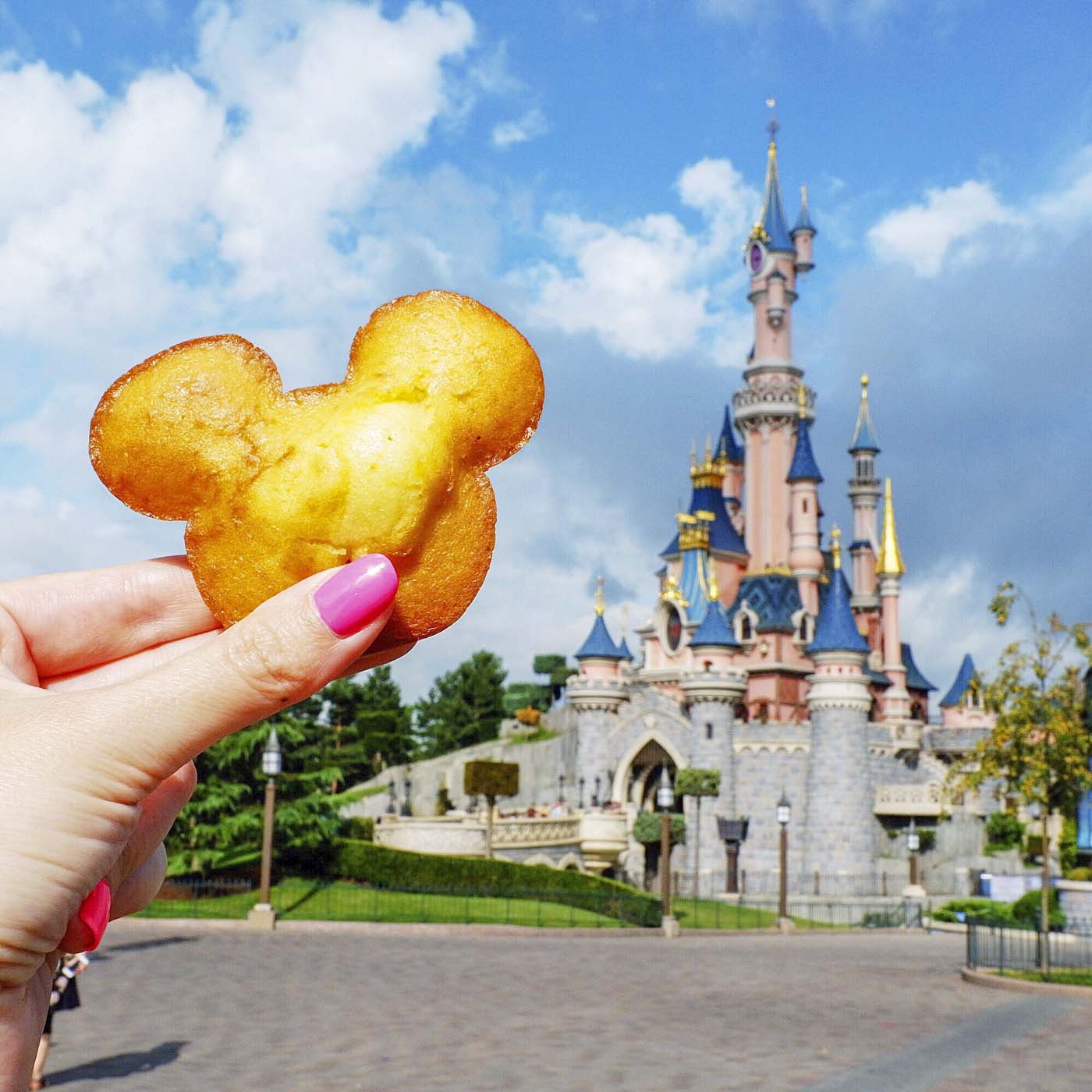 6. Plan your day to allow some rest time

It was super hot when we visited Disneyland Paris, this summer, so we came up with a bit of a daily routine which allowed us to explore the parks when it wasn’t the hottest part of the day. Staying at the Disneyland Paris Hotel meant we could take advantage of the hotel Magic Hours (when the parks open early for hotel guests). So we’d get to breakfast at 7.30am, get to the park by 8.30am and tactically head for a couple of popular rides, to get on them before the crowds started, and then by 11am, we were heading back to our hotel for a rest in the air-conditioning. The seven-year-old of course didn’t need as much of a rest as her pregnant mum, so she’d head to the hotel swimming pool for a splash around and then we’d all head for lunch (Vapiano in the Disney Village was a favourite of ours). Then, by 4pm, we’d head back out to the parks when it was cooler and a little less busy, and we’d stay out until 10pm-ish. 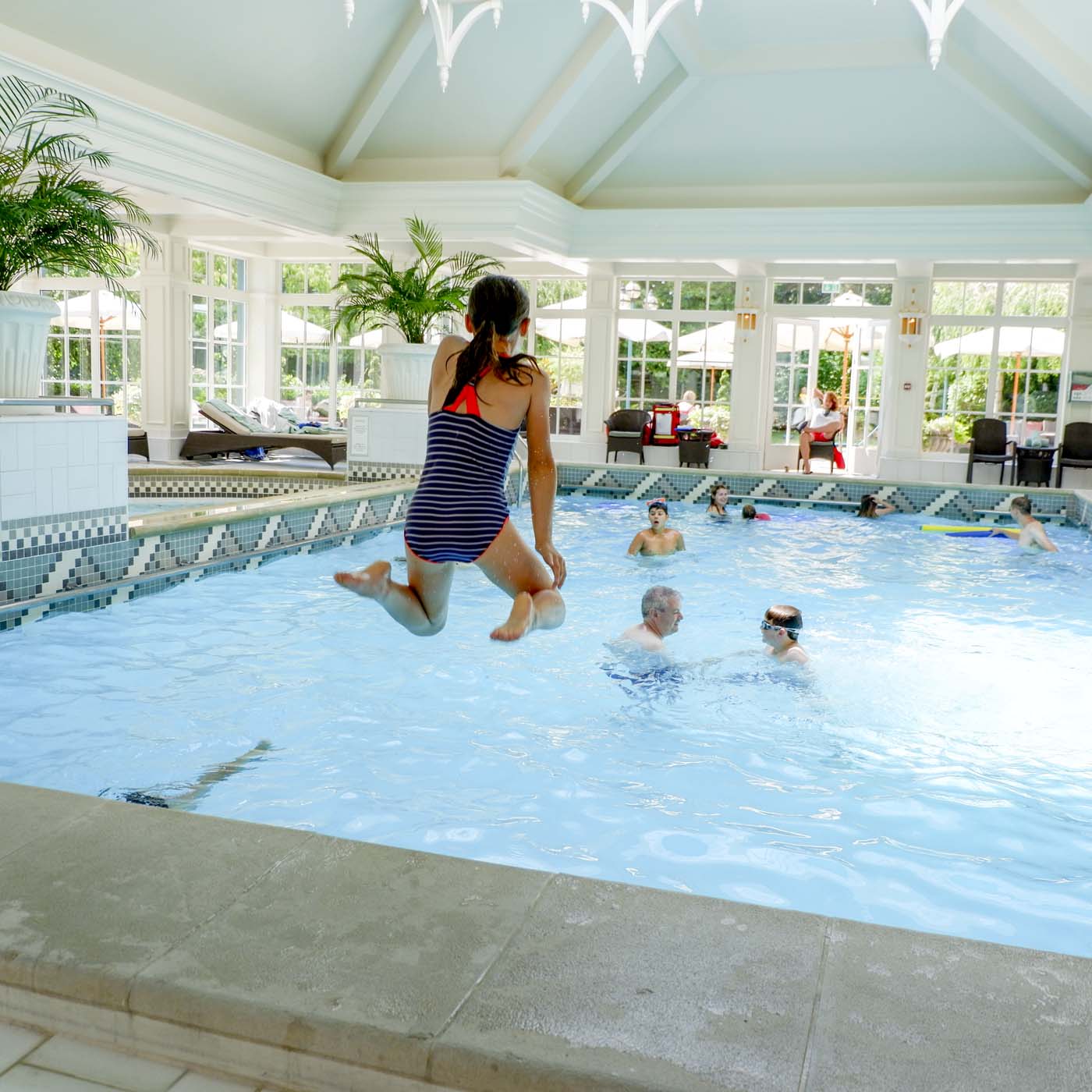 Despite being so limited on the rides I could go on, it was still a totally magical trip. Some of my favourite rides were Buzz Lightyear Laser Blast, It’s A Small World (how can anyone not love that one?) and Dumbo the Flying Elephant. Another highlight was the character dinner we booked at Cafe Mickey on our final night – it was a really lovely, relaxed way to meet some characters. So with a bit of planning and setting your expectations before you go, Disneyland Paris can still be an amazing place to go, when you’re pregnant. 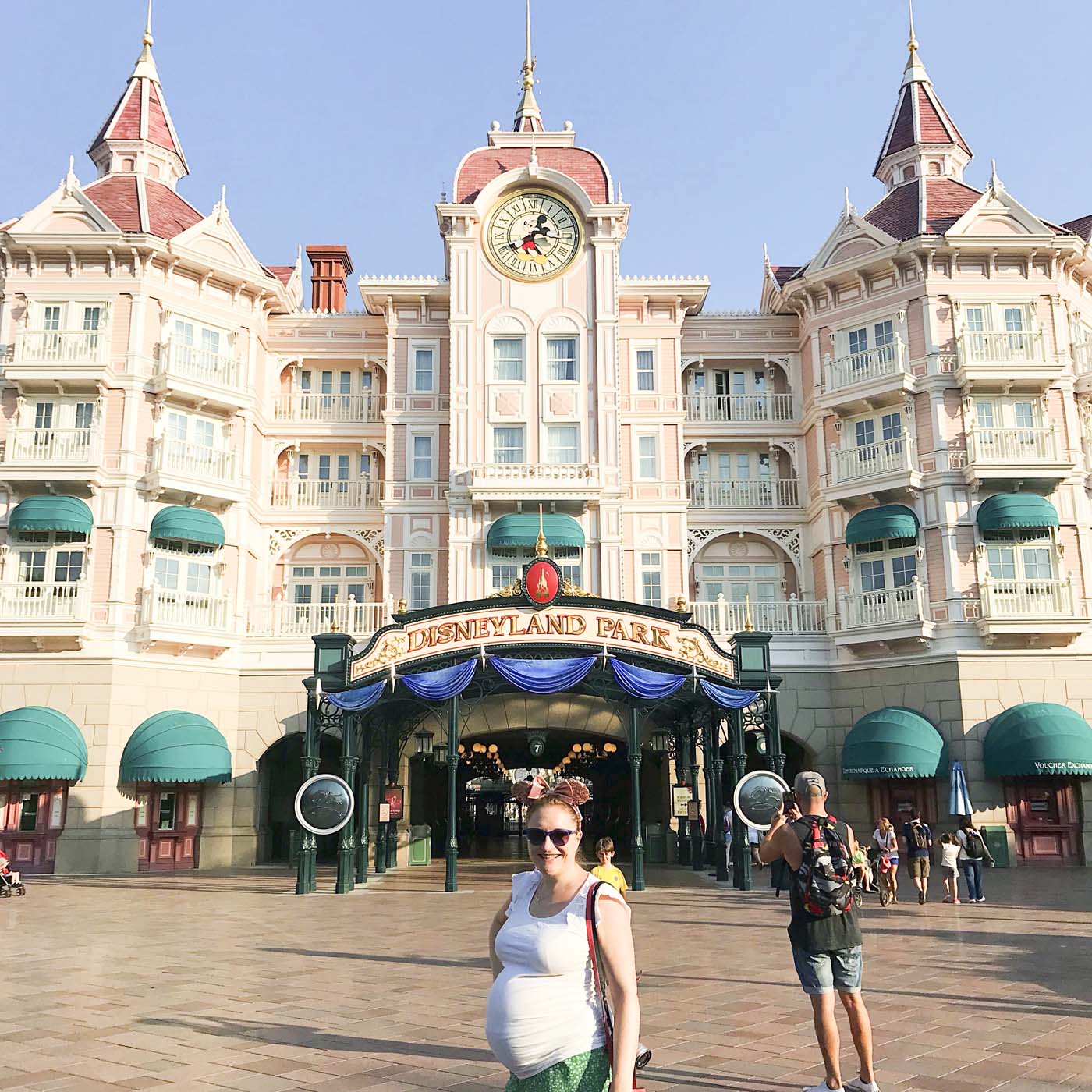 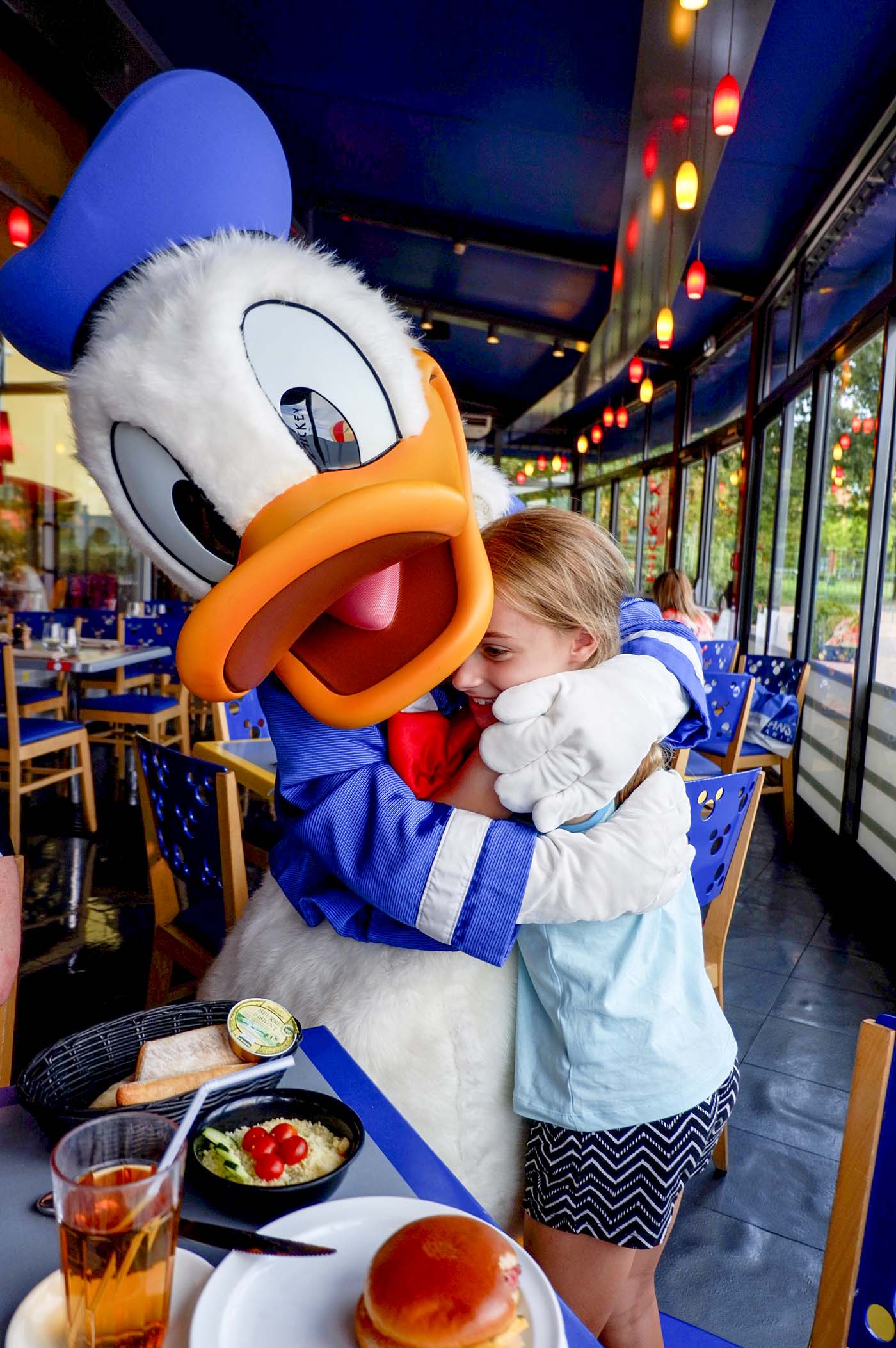 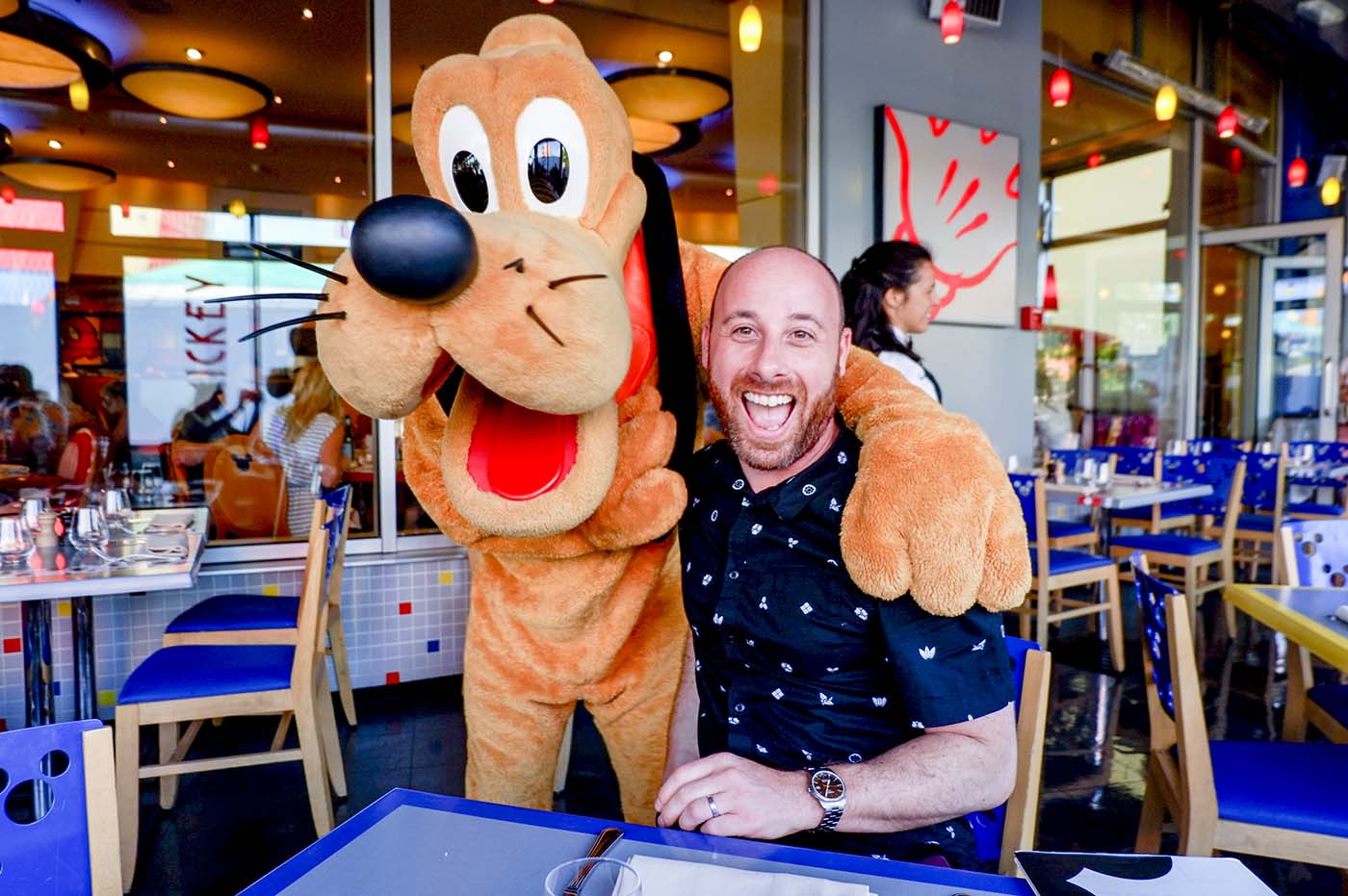 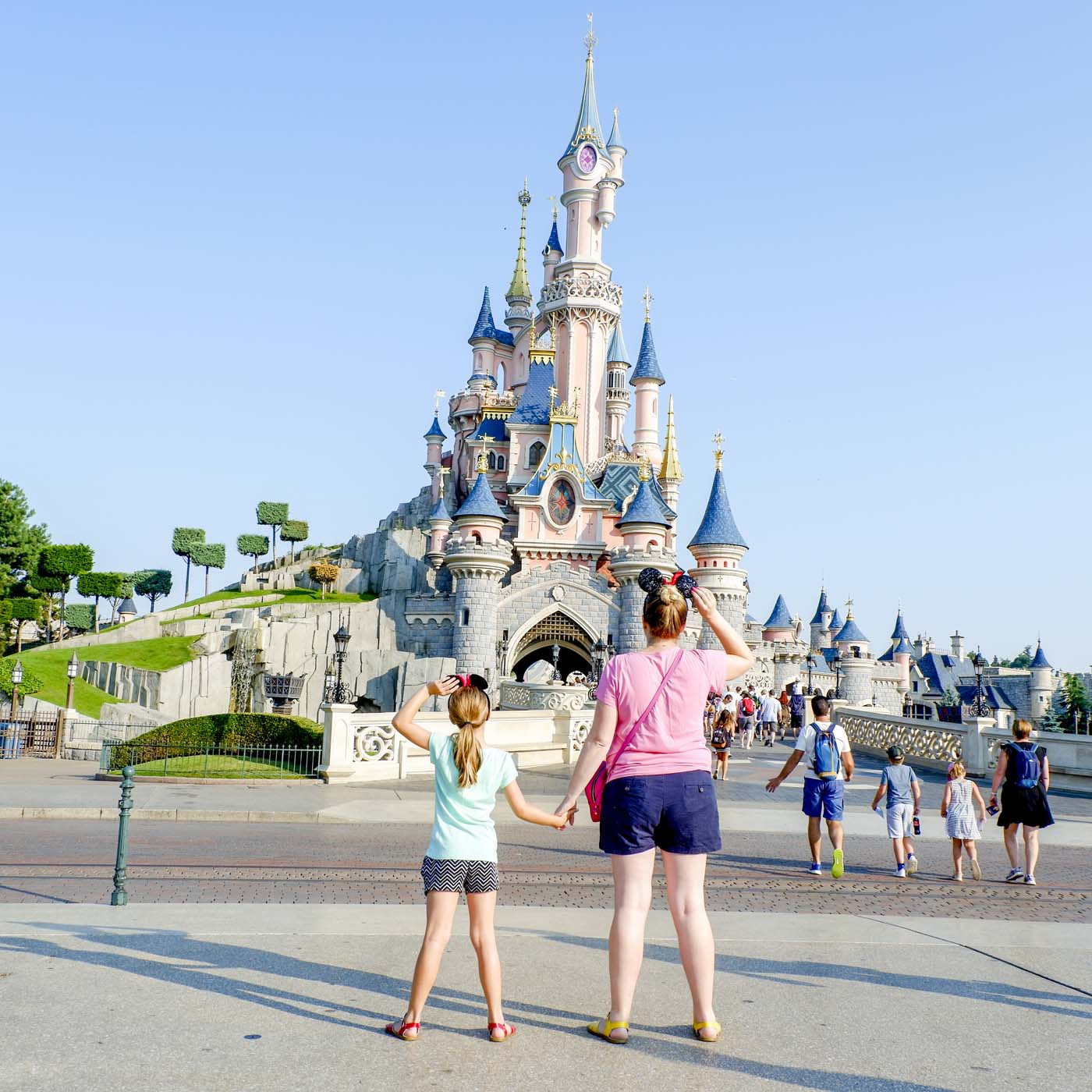 Thanks to Disneyland Paris for providing us with park tickets and hotel accommodation, for the purpose of this coverage. We stayed in the Disneyland Paris Hotel for three nights and spent three days visiting the two Disneyland Paris parks. As always, all views are my own. For details on how I work with travel brands, see my Work With Me page.