We went to watch Disney On Ice this week. It was fantastic. I’d never been to an ice show before – the closest I’ve got to that is watching my friends doing a mulled wine fuelled shoulder shimmy while skating at Somerset House ice rink – but this was truly fab. Oh and the three-year-old enjoyed it too… 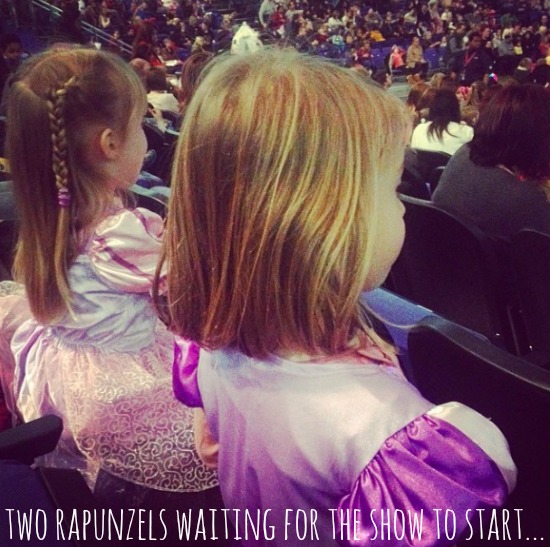 I actually kept forgetting I was watching an ice show (testament to the music, dialogue and pace of the show) until someone would do a particularly impressive pirouette/lift/something technical you see on Dancing On Ice and then I’d remember (and be impressed). It reminded me how brilliant Disney are at pretty much everything – so professional and slick. 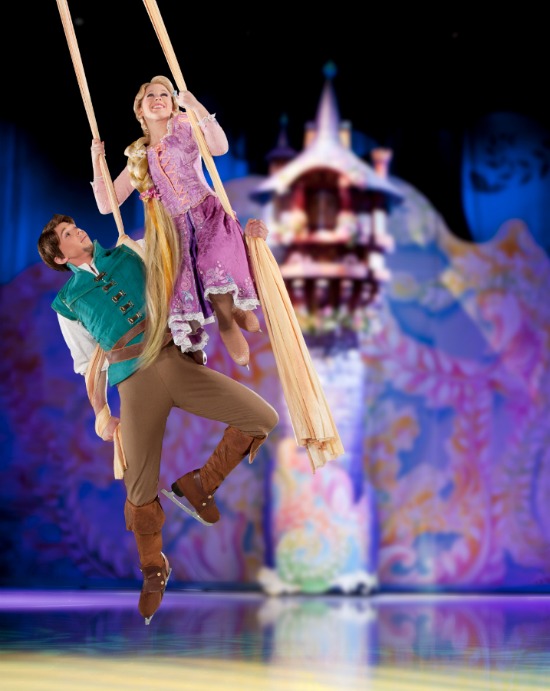 And it kept my three-year-old engaged for a whole 90 minutes. So, in my book, that makes it actual bloody magical.

I say ‘engaged’, but that didn’t stop her from continually asking me questions throughout the show (she’s at that real question-asking-phase that I think all three-year-olds go through… )

Why did Snow White eat the apple? (“Because she likes apples”)

Is Snow White not feeling very well? (“No. Why? Because the wicked queen put poison in the apple”)

What’s poison? (“Umm, it’s something that makes you feel sick”)

Why is Cinderella sweeping the ice? (“She’s doing her chores”)

Where is the dragon? (“There’s no dragon in this story, honey”)

Why do they think the slipper belongs to the stepsisters? It’s Cinderella’s. (“Well WE know that, but they don’t”)

Where has Mother Gothel gone? (“She’s gone away…”)

Why is Eugene not skating? (“Because he doesn’t want to skate, right now”)

Why has Rapunzel’s hair gone brown? (“Because she cut it off, so that Mother Gothel couldn’t use its magical powers any more”)

Can I have some snacks? (“Yes, would you like some raisins?”)

Please will someone tell me the asking-questions-phase doesn’t last until they’re 18?

• Thanks to Disney On Ice for inviting us along to watch the show. We had a fantastic day.