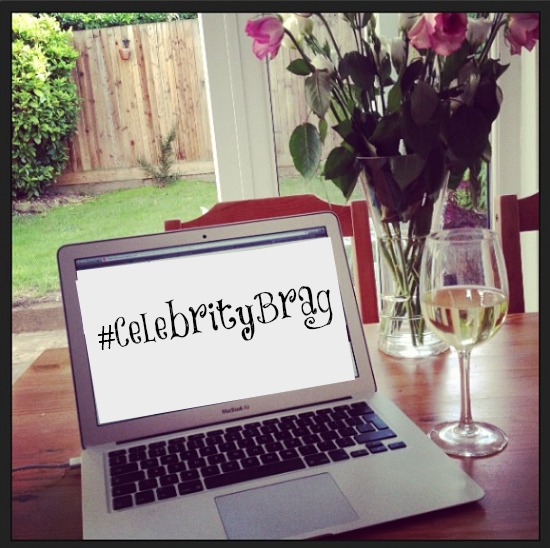 Friend: Me too. She’s a legend.

Friend: You are officially famous.

Me: Ant & Dec followed me on Twitter once. Then they unfollowed me a few hours later….

Shortly afterwards, as well as thinking “God, I’m a knob”, it struck me how strange it was that I had been bragging about people following me on Twitter. It’s like it has become a new kind of social currency. I might have a sign made up that says: I AM INTERESTING ENOUGH TO ENTERTAIN (or at least, not irritate) WELL KNOWN PEOPLE ON SOCIAL MEDIA.

Why are we impressed when someone in the public eye follows us on Twitter?

Do we think that celebrities automatically have higher standards when it comes to social media than mere commoners? “Oh Jane from Sidcup is happy reading any old rubbish on Twitter, but Lauren Laverne? When she’s on a boring train journey, in the doctor’s waiting room or having a poo, she is expecting top-notch musings to scroll through on her iPhone. So if she follows me, well that must mean I’m incredibly witty and/or thought-provoking.”

Or is it that we admire these people so them following us somehow gives us a kind of validation? “I am WORTHY as a person and can go about my day feeling great because Vanessa Feltz follows me. If something crap happens in my day, I can turn around and say ‘Hey. Screw You. Feltz follows me.'”

Perhaps we secretly think that if a celeb follows us on Twitter, there’s slightly more chance they’ll invite us to the pub, where over a few wines and a packet of Mini Cheddars, we’ll become BEST FRIENDS, meet up for regular dinner parties, become godparents to each other’s children. ETC. (True story: I recently found a letter that I wrote, aged 15, to Take That where my best mate Kim and I chatted away to them like we knew them, and casually dropped in ‘Oh if you’re ever in Scotland, do drop in for a cup of tea. Mark, we know you like custard creams, so we’ll make sure we get some in. Our addresses are at the top of the letter.’ We never did post the letter. Which is clearly WHY they didn’t ever pop around.)

No, bragging about well known people on Twitter is just a bit silly. So instead, I’m going to brag about some of the amazing people who follow me on Twitter who aren’t famous. Because I’m actually chuffed that these people are following me, even if they aren’t as famous as Victoria Beckham…

Busola Evans. Freelance journo Busola is brilliant on Twitter – she is especially good value during reality TV like The X Factor, when she doesn’t mince her words. Like, at all.

Caroline Corcoran. Another freelance journo, I like to think of Caroline as the female Michael Hogan. In that, every tweet is worth its weight in gold. You won’t get moans about public transport and the weather but you will get brilliant one-liners.

Rachel Hosie. Blogger, baker and Bristol Uni student, Rachel is currently on a year abroad in Germany and I love her tweets because she reminds me of what it was like to be a student and have an exciting career ahead of me.

Gillian Crawshaw. Gillian is fantastic in this really relaxed, breezy way. You think she’s been a bit quiet of late, and then bam, she just comes out with a few tweets (or blog posts) with great mum observations that make me LOL.

Mummy Barrow. Another blogger, Tanya kind of IS a celebrity in the blogging world. Part of Team Honk, an elite group that works with Comic Relief to rally bloggers to raise thousands of pounds (check out their latest project), Tanya starts most days off by asking Twitter if they want a brew. (Yes please, T. Two sugars.)

So yeah. Well known people. Thanks for following me, but I value these people as highly as you.

(Um. Note to any well known people reading this who follow me on Twitter: Please don’t unfollow me. We know you’re special, really. And anyway, I still haven’t recovered from being cruelly spurned by Ant & Dec. Sob.)