Children’s education is so important to us here in the UK that parents do everything they can to get their children into the best schools. Some move houses, some move to completely new areas and there’s a lot of discussion between parents about which schools are good and which aren’t. Just the other night, during a night in the pub with a couple of local mums, Kate and Kelly, the conversation turned to schools. “You’re lucky,” Kate said to me. “Where you live, you’re really close to the Parish school. It’s really good.” I felt relieved – even though I hadn’t even been worrying about schools until then. I mean, my daughter is two years away from starting school, so I have a while yet before I have to think about it, right? (*Braces self for barrage from parents telling me “NOOO! Think about it now!”*)

But if education is THIS important to us here in the UK, it’s crazy to think about Malala Yousafzai, the Pakistani schoolgirl who was shot by the Taliban last year, for campaigning for the right to be educated. In Pakistan, a ban was placed on girls’ education and countless girls’ schools were destroyed. Education was so important to Malala that she started an anonymous blog about her life under Taliban rule and started to speak out about girls’ education. This eventually led to her being shot on the way to school.

Amazingly, she survived the attack and today, on her 16th birthday, Malala will be addressing the United Nations in New York. There, she will stress the importance of education for every child worldwide and she will present a petition with three million signatures to UN Secretary General Ban Ki Moon. Today is being known as Malala Day. “This is an opportunity for every young person on the planet to get together and tell the world: we will get our education, be it at home, in school or any place,” says Malala.

The charity ActionAid works in Pakistan and through them, you can sponsor a child. “Action Aid believes that all children deserve the right to an education and often it’s through child sponsorship that girls in particular get their very first chance to go to school at all,” says the charity. 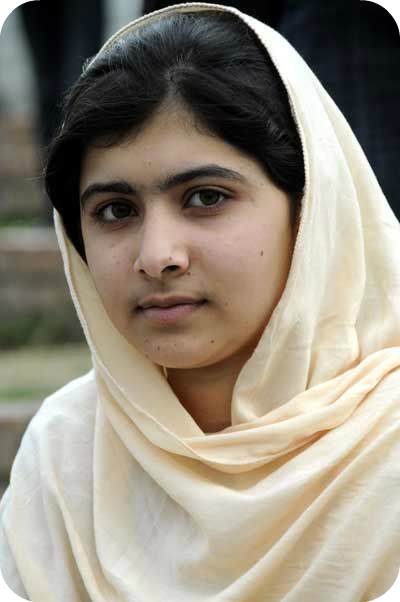