My life is kind of split into two parts – the real world and the blogging world. Yes, the two cross over and everyone who lives in the latter also lives in the former. But there are conversations I would only have with another blogger.

For example: “Ooh my Tots score has dropped this month. Do you think they have changed the algorithm?” or “What does your media pack say about disclosure?”  Topics like SEO, blogger awards and follow links aren’t ones I would raise in the pub with my non-blogger friends but I could spend hours discussing them with bloggers.

I want my blog to mean as much to a non blogger as it does to a blogger. So I try not to make my blog too “bloggy” by avoiding things like linkys and bloghops and memes. These things are brilliant tools for bloggers, but they mean absolutely nothing to a non blogger so I worry they’d be alienating (any non-bloggers reading this have no idea what I just said.) Some (like Silent Sunday) I’ve considered taking part in numerous times because I love the idea behind it and I enjoy seeing other bloggers’ posts, but as yet, I’ve always decided not to.

So while this post is kind of about blogging, I think bloggers and non-bloggers alike will appreciate it. Because something very cool has happened:

Mumsnet Blogfest 2013 is happening in November. It’s a blogging conference that last year had Caitlin Moran and Liz Jones amongst its speakers. And this year, they’ve asked me to be a speaker.

Yes, go back and read that paragraph again – it really does say that Mumsnet have asked me to speak at their Blogfest conference. Believe me when I say that I was as surprised as you are.

Surprised was my first reaction, excitement was my second and since then, I’ve generally felt like being a little bit sick with nerves.  Other speakers this year include Louise Mensch, Lionel Shriver, Richard Bacon and big hitter bloggers like Mummy Barrow, Annie from Mammasuarus and Maggy Woodley from Red Ted Art. These guys really know their stuff. So I’m going to pretend that I know my stuff too (sshh! Just don’t tell the people over at Mumsnet.)

I also feel like a bit of a hypocrite. I’ve made no secret of my dislike of the Mumsnet forums – I’ve seen people behave appallingly badly and I’ve discussed whether Mumsnet could/should be doing more to moderate the forums. But I’m a huge fan of the Mumsnet Blogger network – it’s a great place to look for intelligent, thought-provoking blog posts from interesting women.

But back to the queasy feeling I have in my stomach  – it’s only the bloody keynote panel discussion that Mumsnet have asked me to take part in. The topic is: Can you be a mummy blogger, and still be a feminist? It’s going to be chaired by Eleanor Mills and alongside me on the panel will be Charlotte Raven, Sarah Ditum and Glosswitch. (They all look well intelligent…)

The session is described on the Mumsnet website as: “Together with our audience, we’ll debate the sexual politics of blogging as a parent. Does a focus on domestic life reinforce the cliche that mothers’ heads are filled with cupcakes and bunting? Or is it high time that writing about the detail of family life – for too long dismissed as trivial and tedious – was reclaimed as a feminist act?”

I actually have a LOT to say on this subject (along the lines of ‘Can you be a mummy blogger and a feminist? Of COURSE you bloody well can!’) but right now, I’m interested to hear your views, so do comment below and tell me your thoughts on this.

Oh and if you want to buy a ticket to Mumsnet Blogfest, you can do so over on their website. 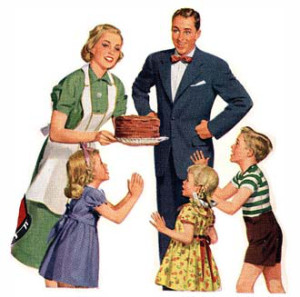