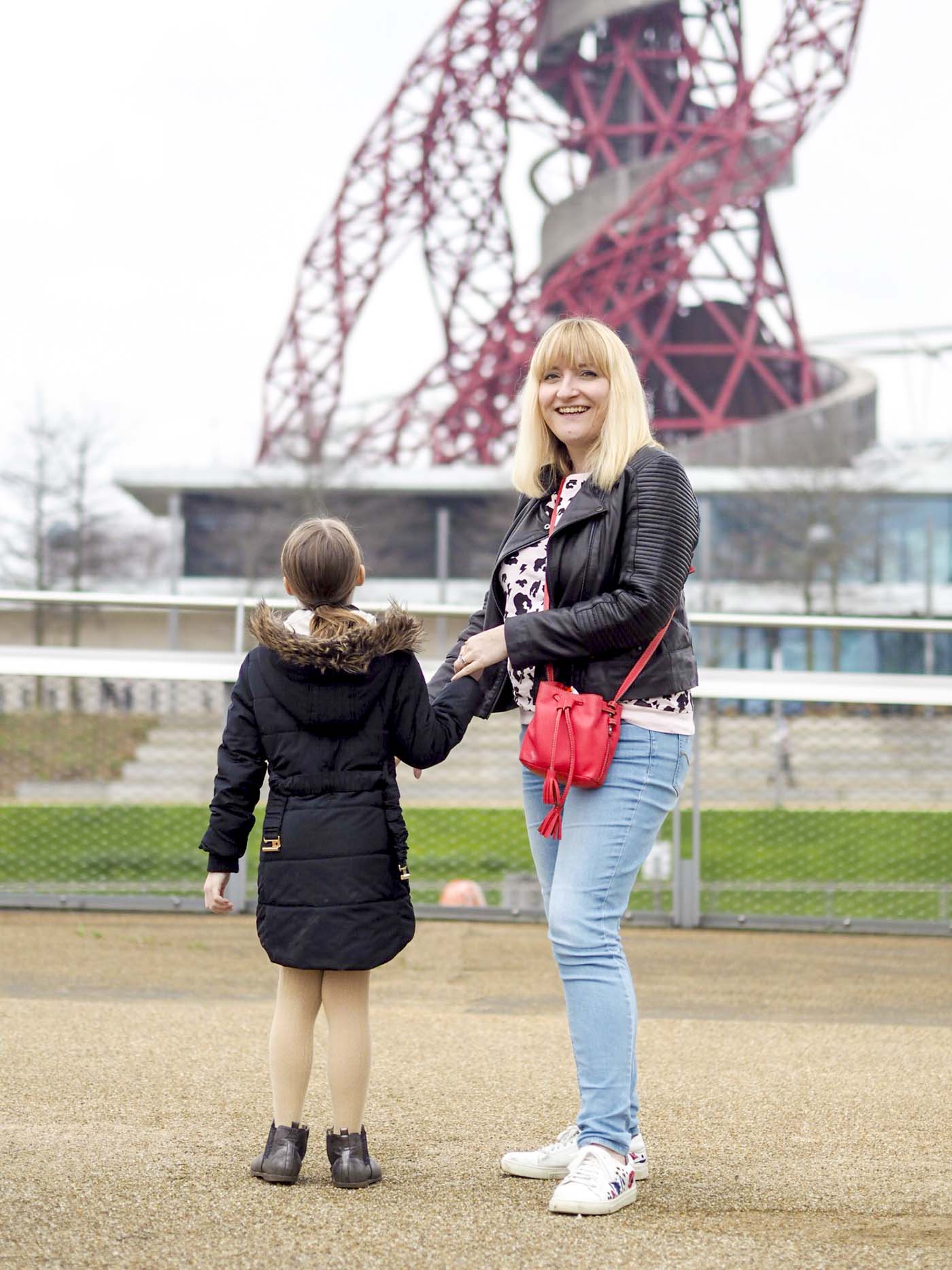 Isn’t there something so special about Queen Elizabeth Olympic Park? 2012 was such an incredible year, when us Brits shed our cynical view on the world and embraced the 2012 Olympic and Paralympic Games with open hearts. We celebrated the achievements of the athletes – and Super Saturday was just one of those days when everyone was glued to the TV, following the action. Every time I go back to the Park, it feels special, like the echoes of that great time are still reverberating around.

Mr P has taken the seven-year-old to the play area in Queen Elizabeth Olympic Park before (and came back raving about it) but we’d never been on a family day out there until our day there, recently. 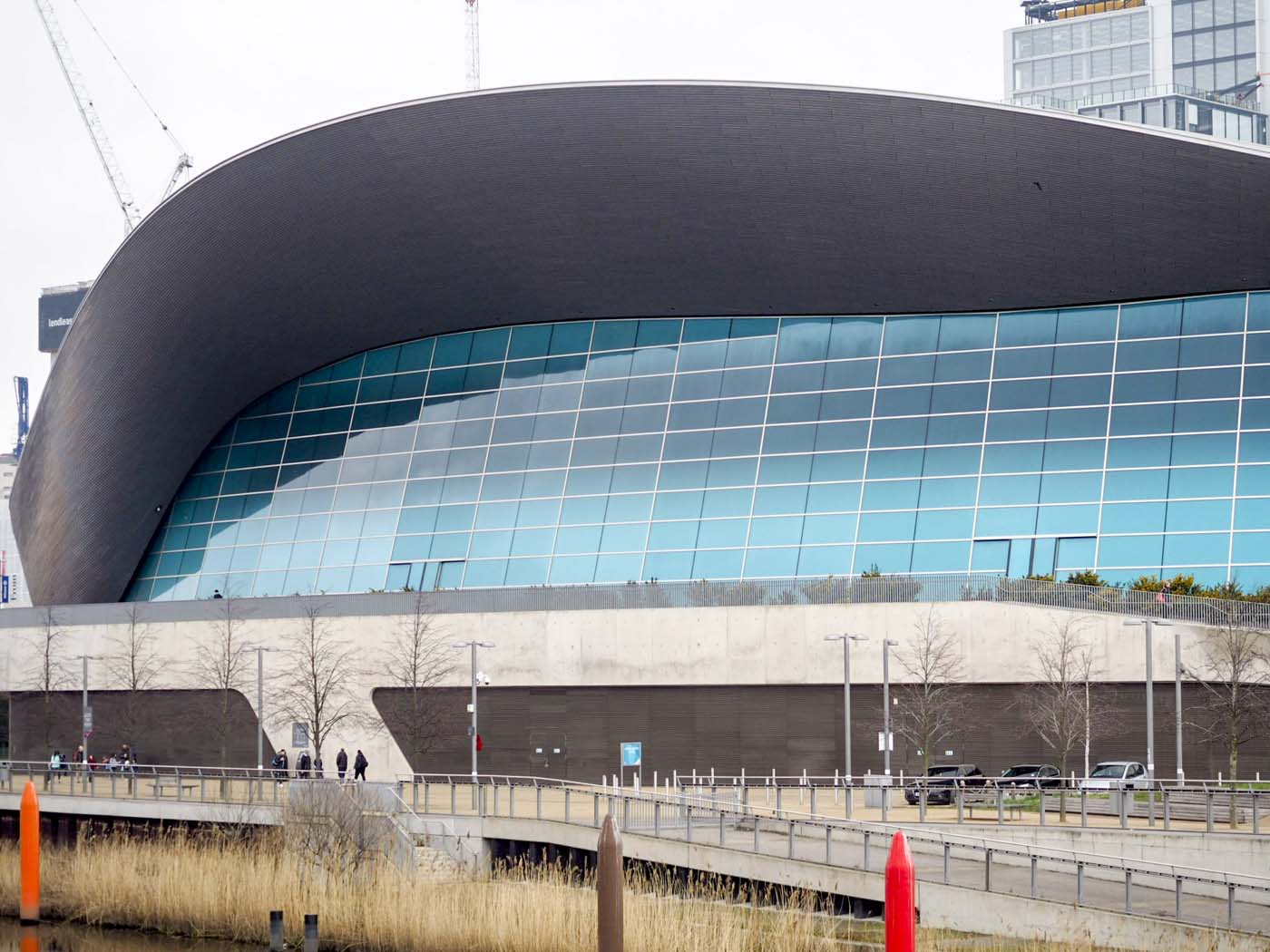 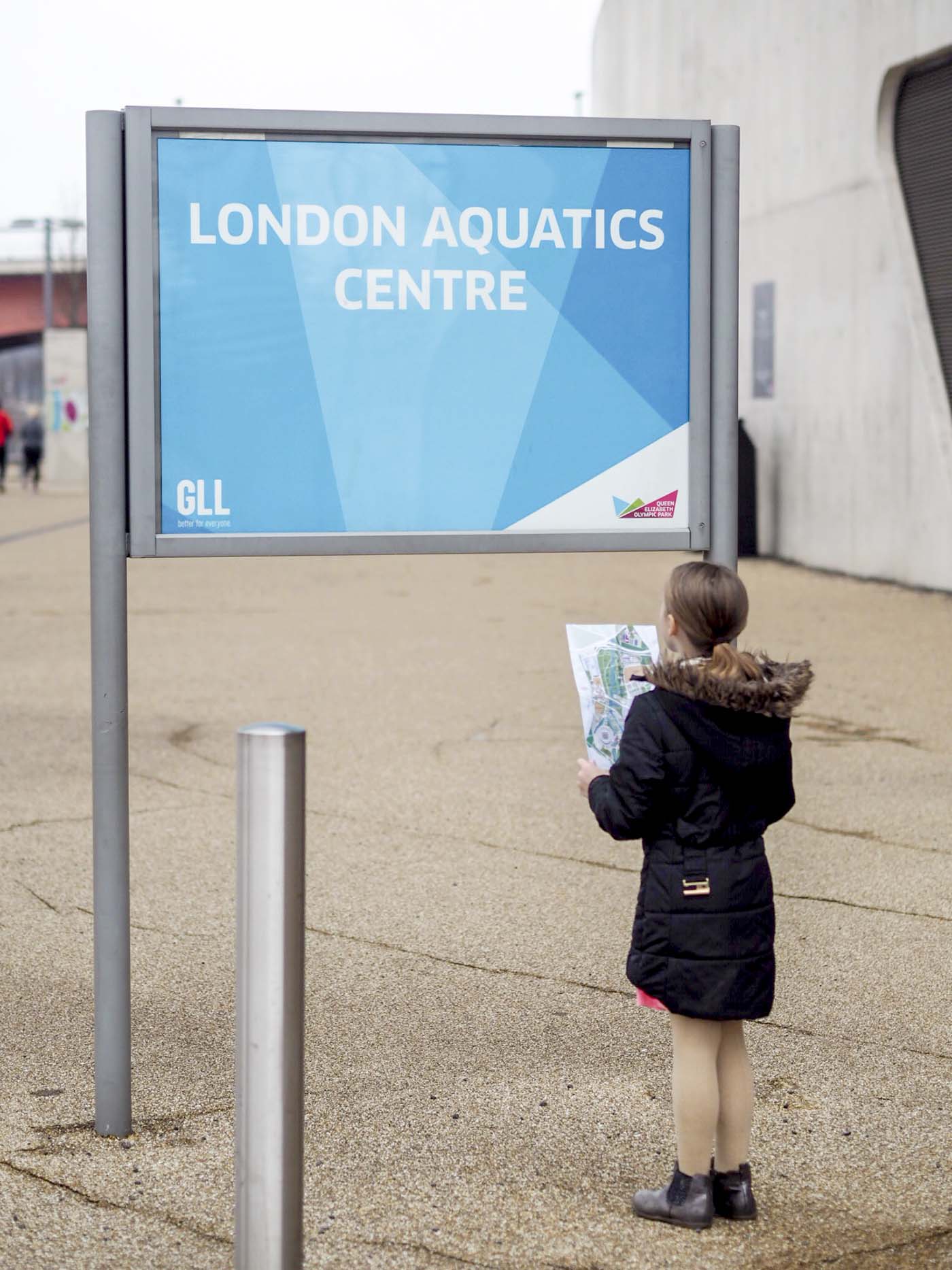 First on the agenda was swimming – I had no idea that you could just rock up and use the London Aquatics Centre as a member of the public. It’s a proper community pool now (albeit a very cool one) with family swimming sessions as well as lanes for serious swimmers. While Mr P and the seven-year-old swam and splashed with pool toys, I watched…. And then I may have snuck off to watch some diving practice. But before you judge me, let me explain: The Tom Daley Diving School is run from the London Aquatics Centre, and there were lots of children getting diving lessons (some were even diving off the top board!) By some stroke of luck, actual Tom Daley was there too, with his trainer, doing diving practice. So it would have been rude of me not to watch, right? As he left, he shouted goodbye to all of the kids in the pool and waved to them all – what a lovely guy!

After that excitement, we headed to The Last Drop for lunch. A bright and airy bar, it serves pub grub and snacks. While Mr P went to order, the seven-year-old helped herself to one of the board games on offer and challenged someone she’d just met to a game a draughts (she wasn’t being too forward – it was the eldest daughter of Natalie from Style Me Sunday who was also there on a day out!) 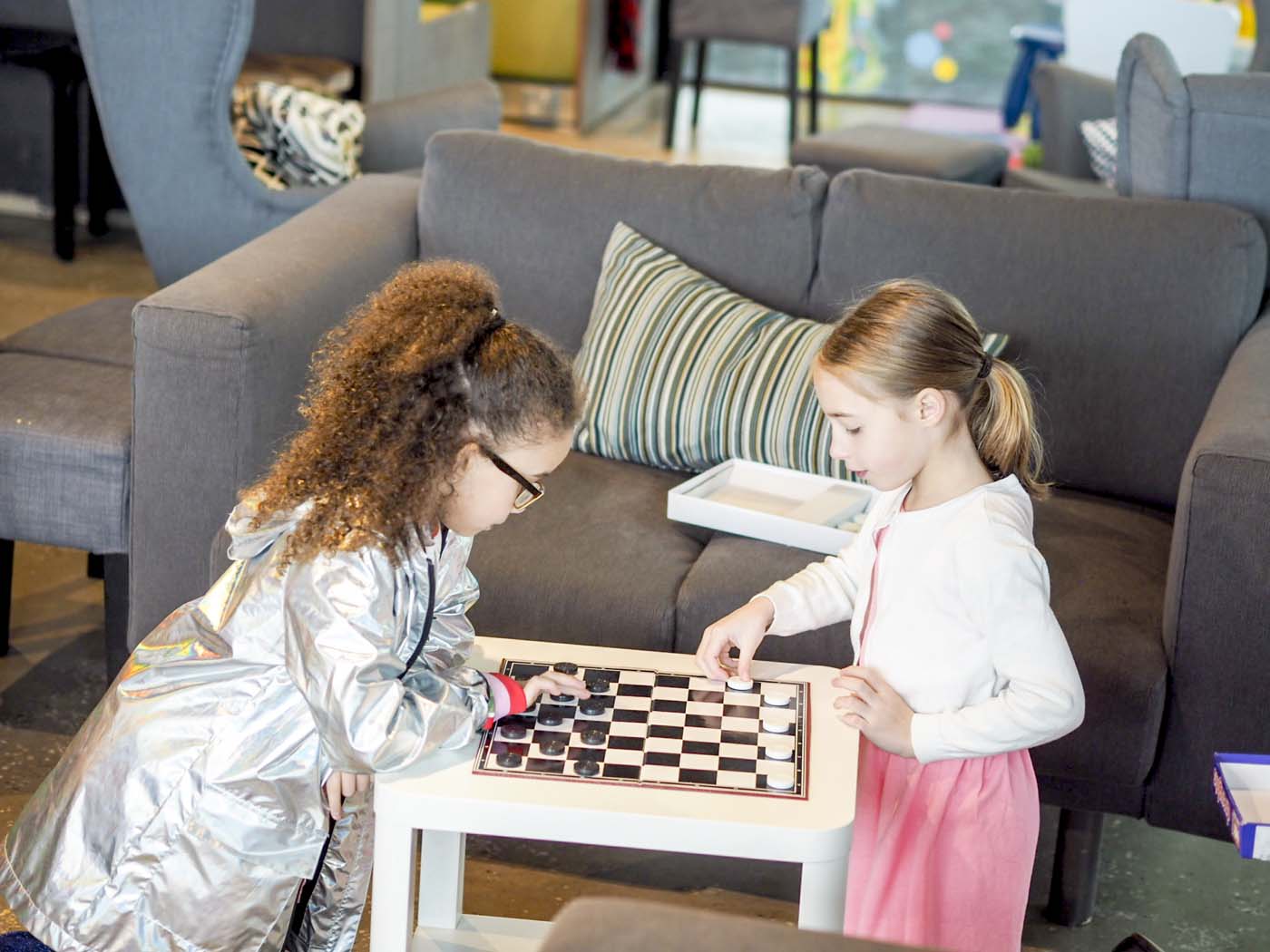 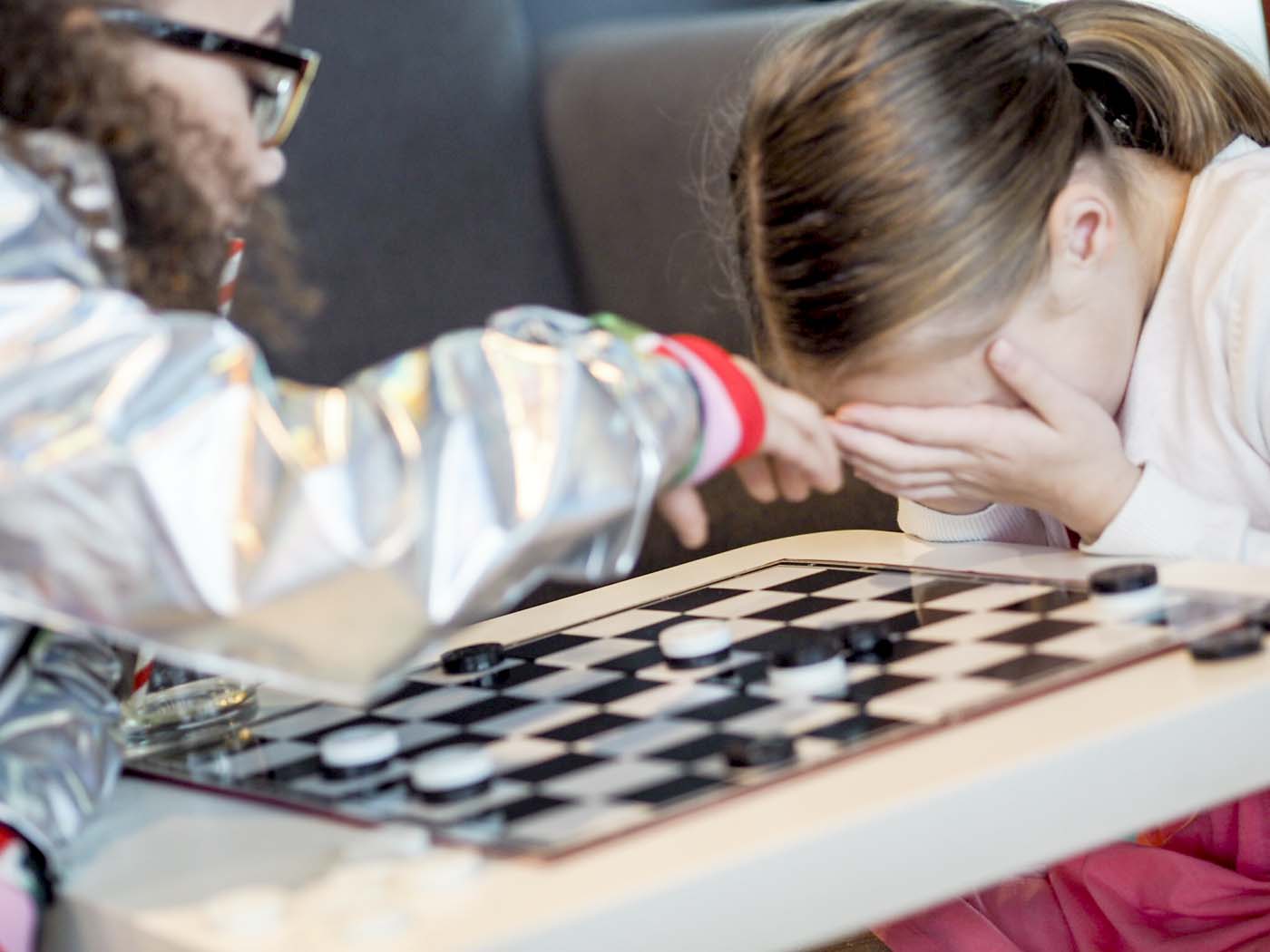 The food was fantastic. My Sunday roast was absolutely huge – incredible value for £9.50 – and the seven-year-old’s kids’ roast had just as much chicken as mine and was only £5. Mr P was agog and instantly regretted ordering the burger (as tasty as it was). 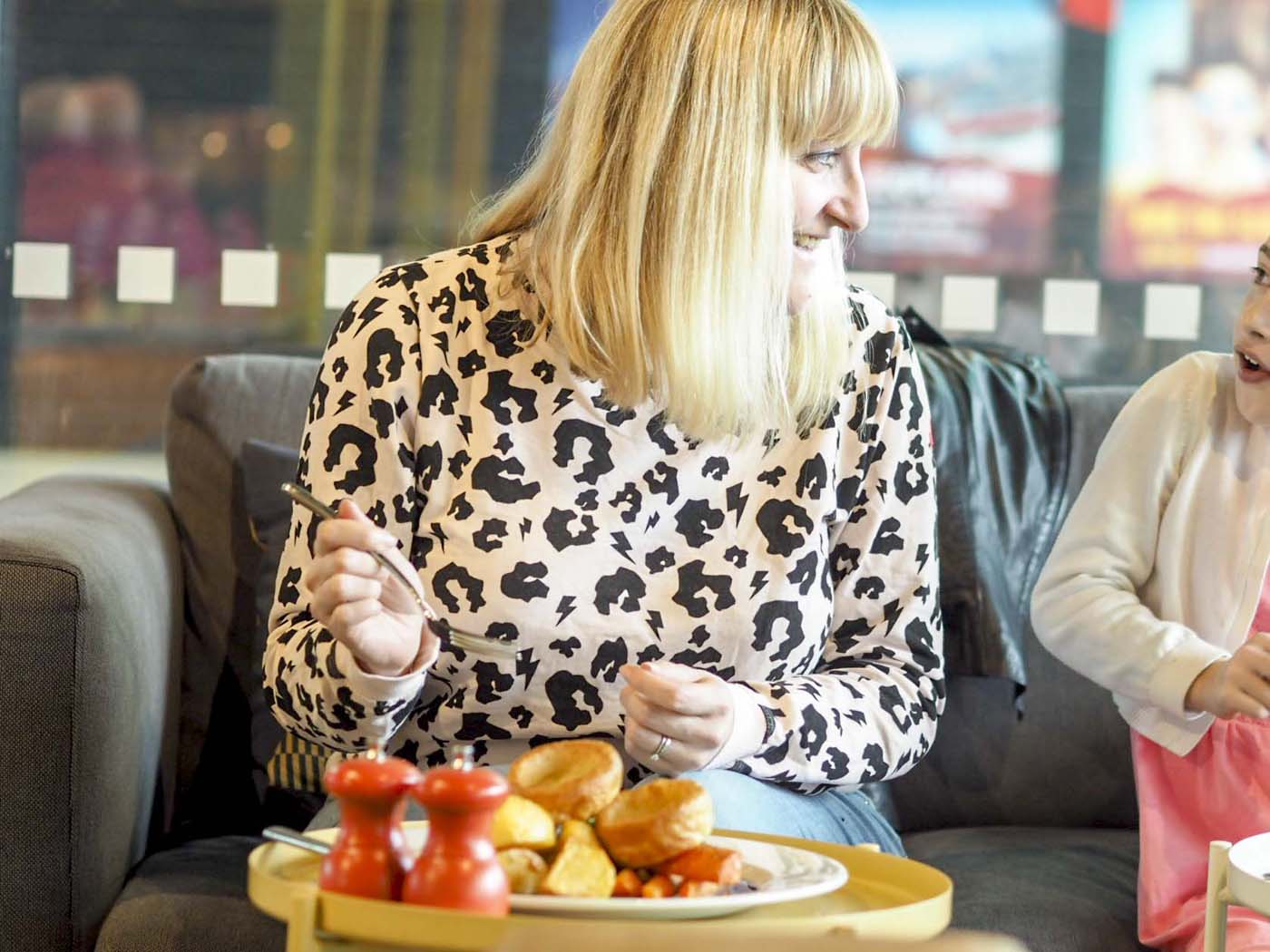 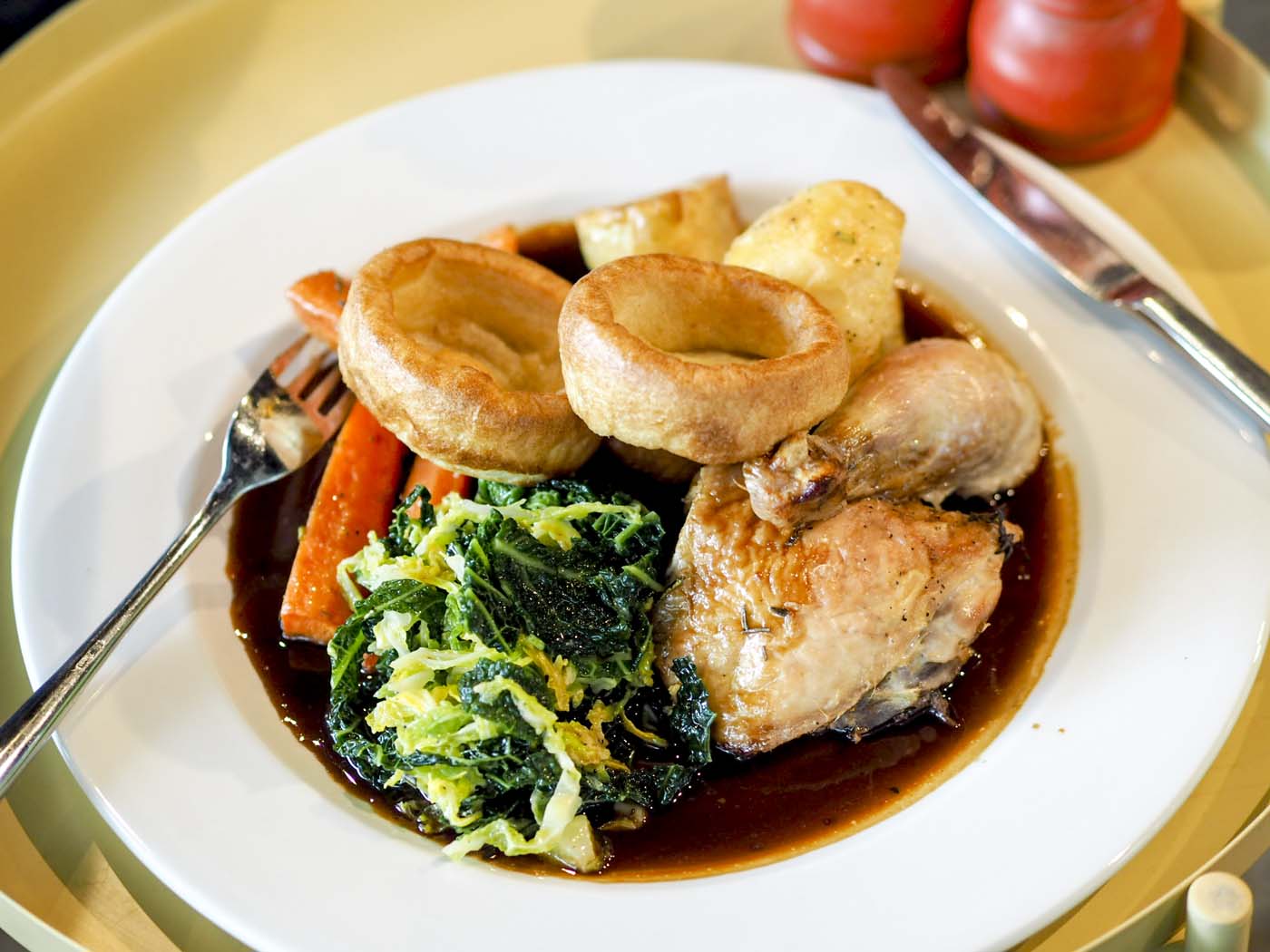 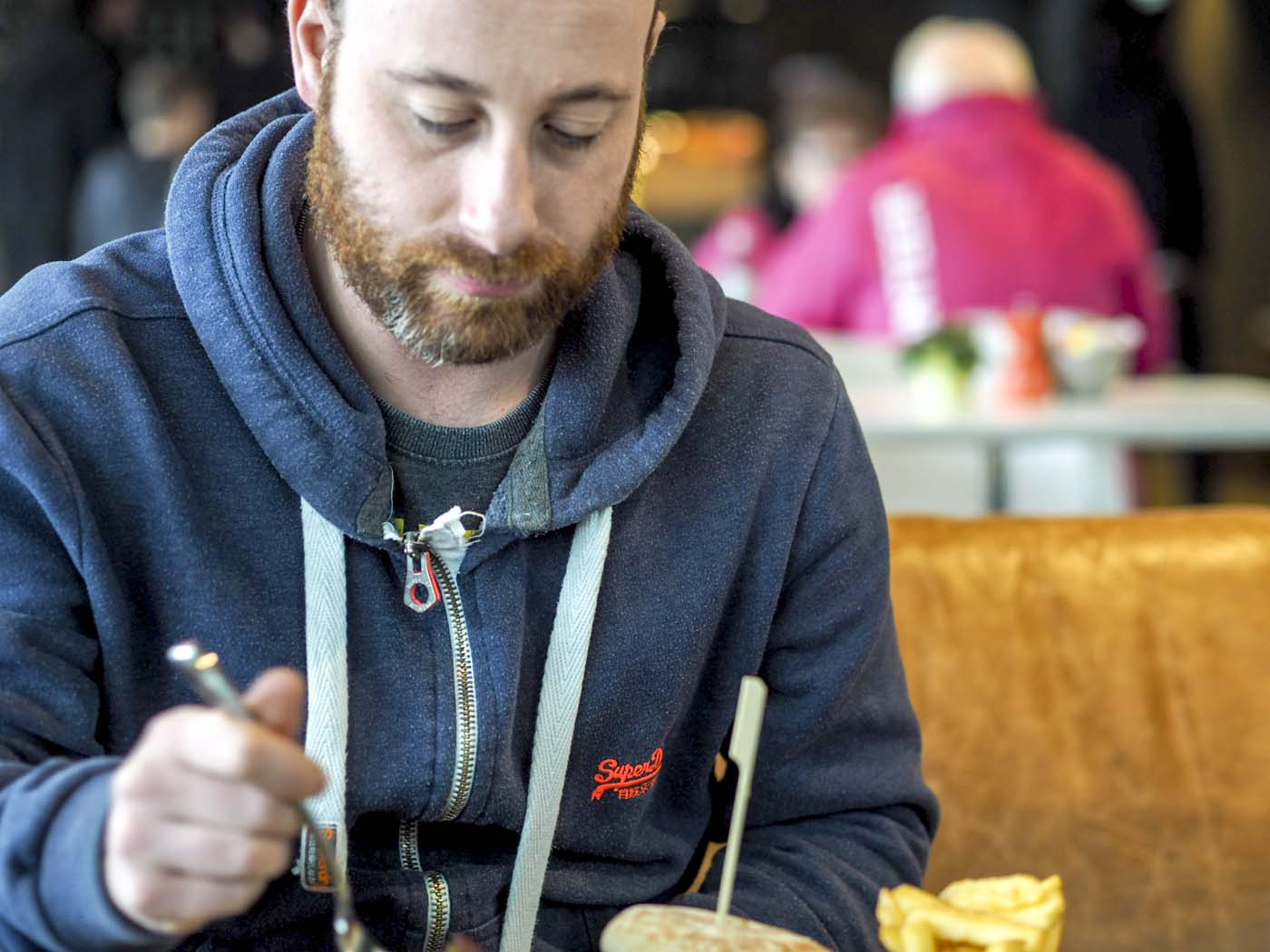 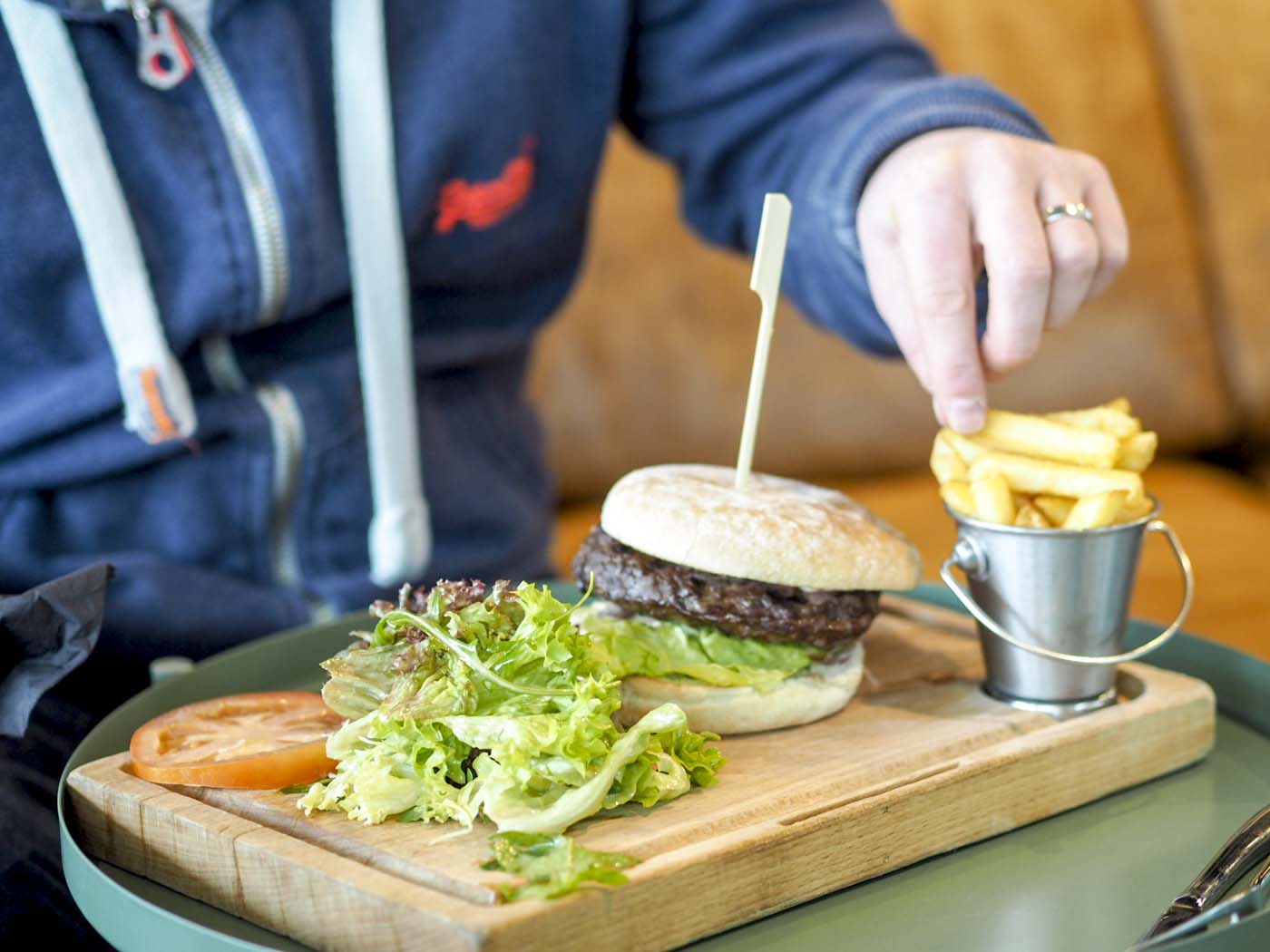 Next up, it was time for the activity that Mr P was most looking forward to: The ArcelorMittal Orbit. Not only is it the UK’s largest sculpture, designed by Sir Anish Kapoor (you’ve probably spotted it, if you’re ever driving through East London) but it hosts the world’s longest and tallest tunnel Slide! The seven-year-old was disappointed that only over-8s can ride the Slide – she’s a bit of a daredevil and would have loved it. 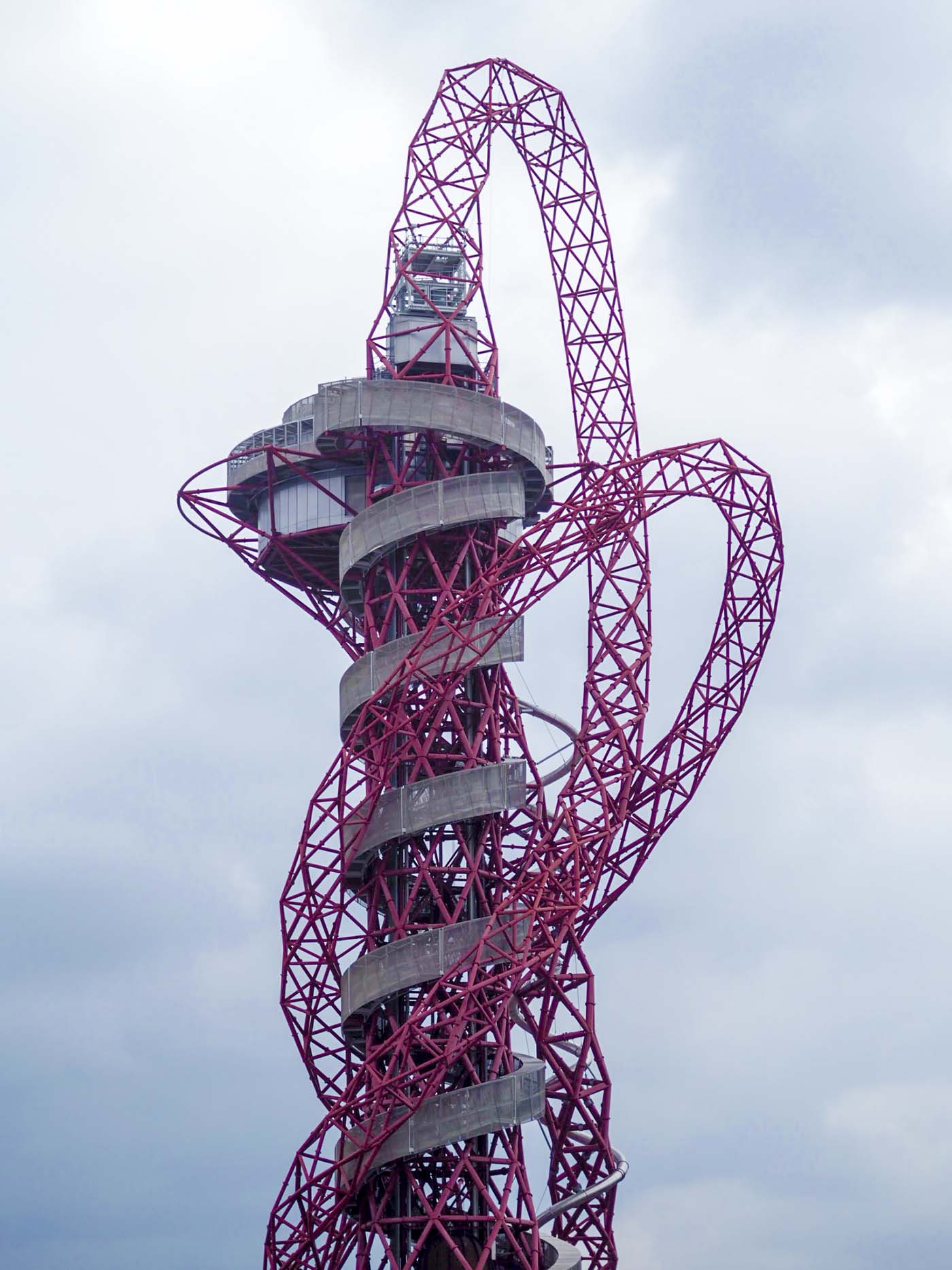 Luckily, there are two viewing platforms, so we went up the ArcelorMittal Orbit with Mr P, cheered him on as he went down the Slide, and enjoyed the amazing views across London.

There are so many more things to do in  Queen Elizabeth Olympic Park – park trails for everyone from nature fans to kids to Olympic lovers, cycling at Lee Valley VeloPark, the brilliant play areas and even watching London Lions basketball matches. They also have events throughout the year like concerts at the London Stadium and funfairs by the waterfront.

We drove and parked at the Park but in the past, we’ve got the train into Stratford station, which is super easy and then it’s a short walk to the Park. So if you’re looking for a family day out in London, I highly recommend  Queen Elizabeth Olympic Park – you can even combine it with a bit of a shop in nearby Westfield!

This post has been commissioned by Queen Elizabeth Olympic Park. For details of how I work with brands, see my Work With Me page.