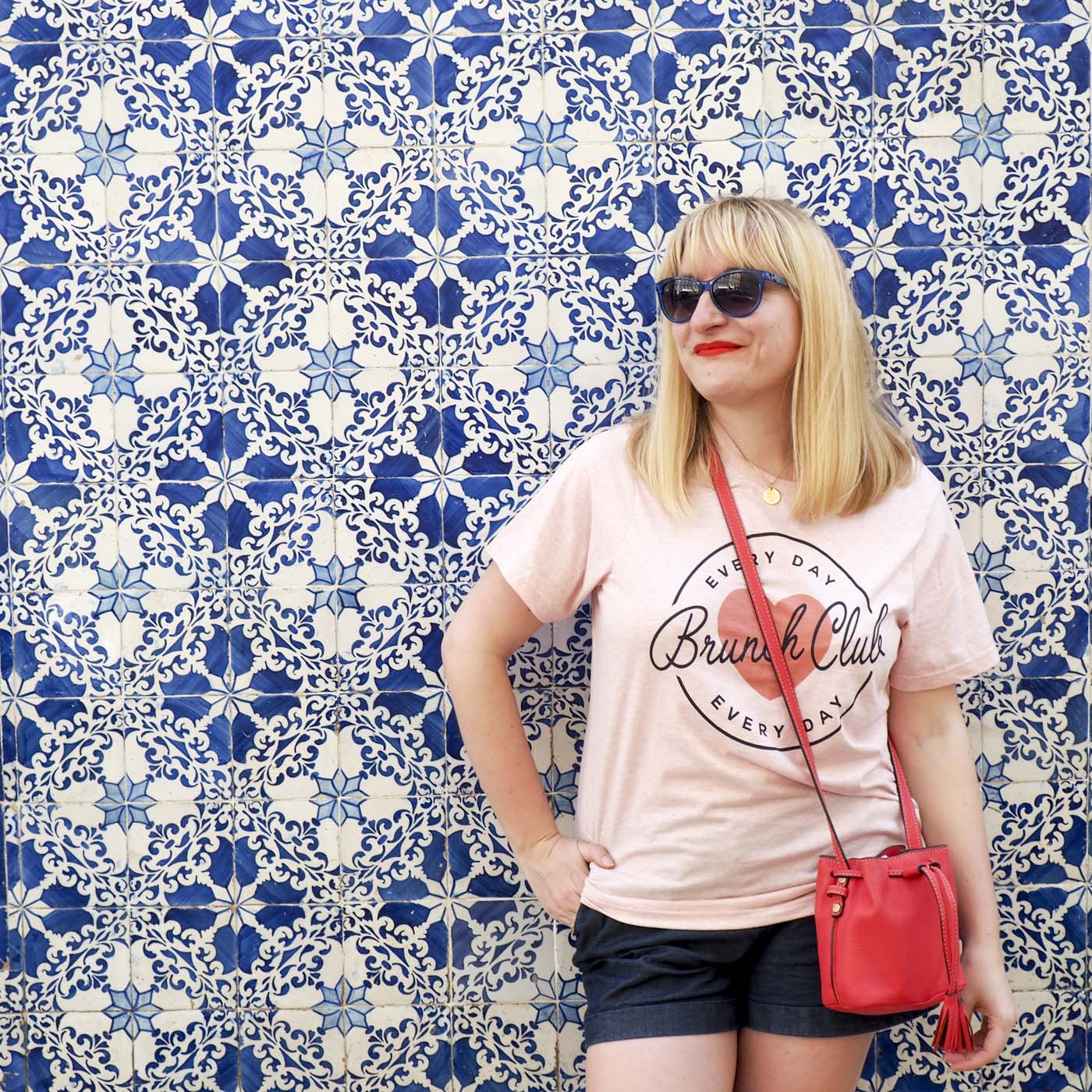 Despite all of the tears from the six-year-old as we left Martinhal Cascais (read my full review over here), thankfully, by the time we’d got to Lisbon city centre (and played a few games of I Spy on the way) there was a smile back on her face. I’ll be honest, it was mostly the promise of Martinhal Chiado having a kids’ club, after spending nearly three whole days in Martinhal Cascais kids’ club that made her happy again. That’s how amazing Martinhal kids’ clubs are!

After three nights chilling out by the pool at Cascais,  Martinhal Chiado, felt the same but very different. On a steep, cobbled street, the hotel has a tiny reception area, small lounge, M Bar café (that serves breakfast to hotel guests then light meals and snacks throughout the day) and the kids’ club with a cool tented room for younger kids and a big fun room complete with climbing wall for older ones.

There’s no swimming pool or many areas for communal lounging, but being a city centre hotel, space is limited and they appear to have devoted most of their ground floor area to the kids’ club, which was a really good sign in my book! 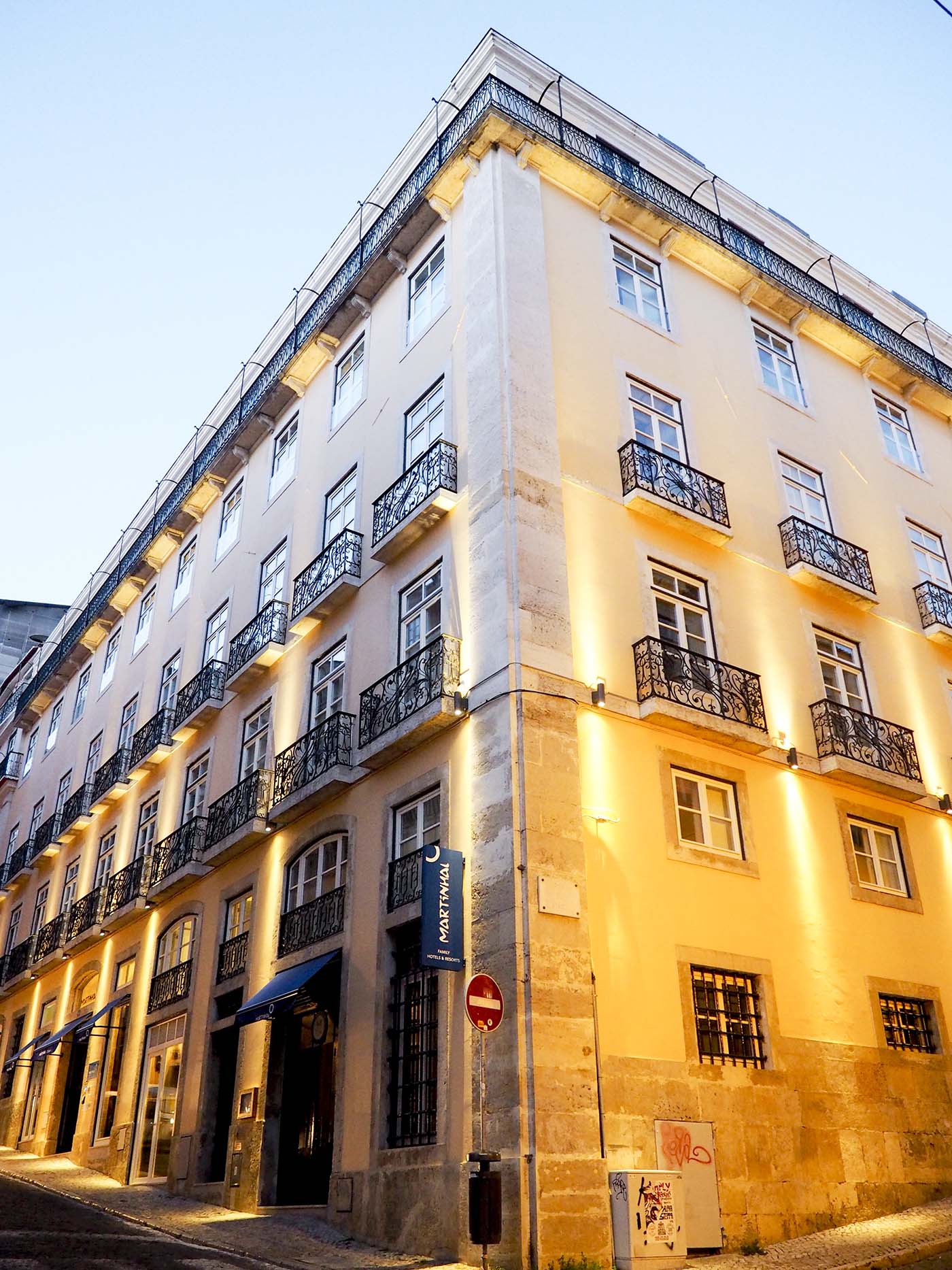 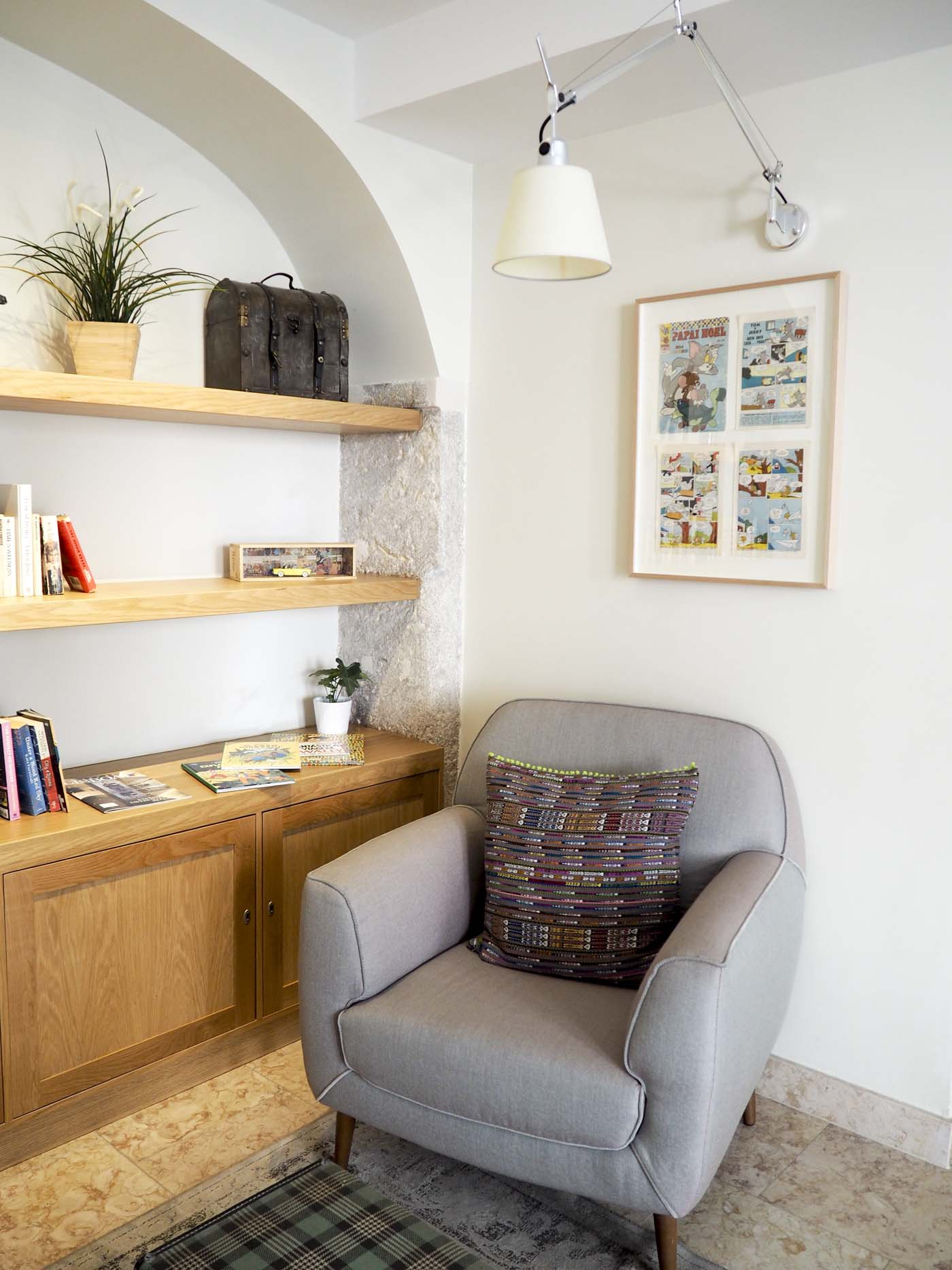 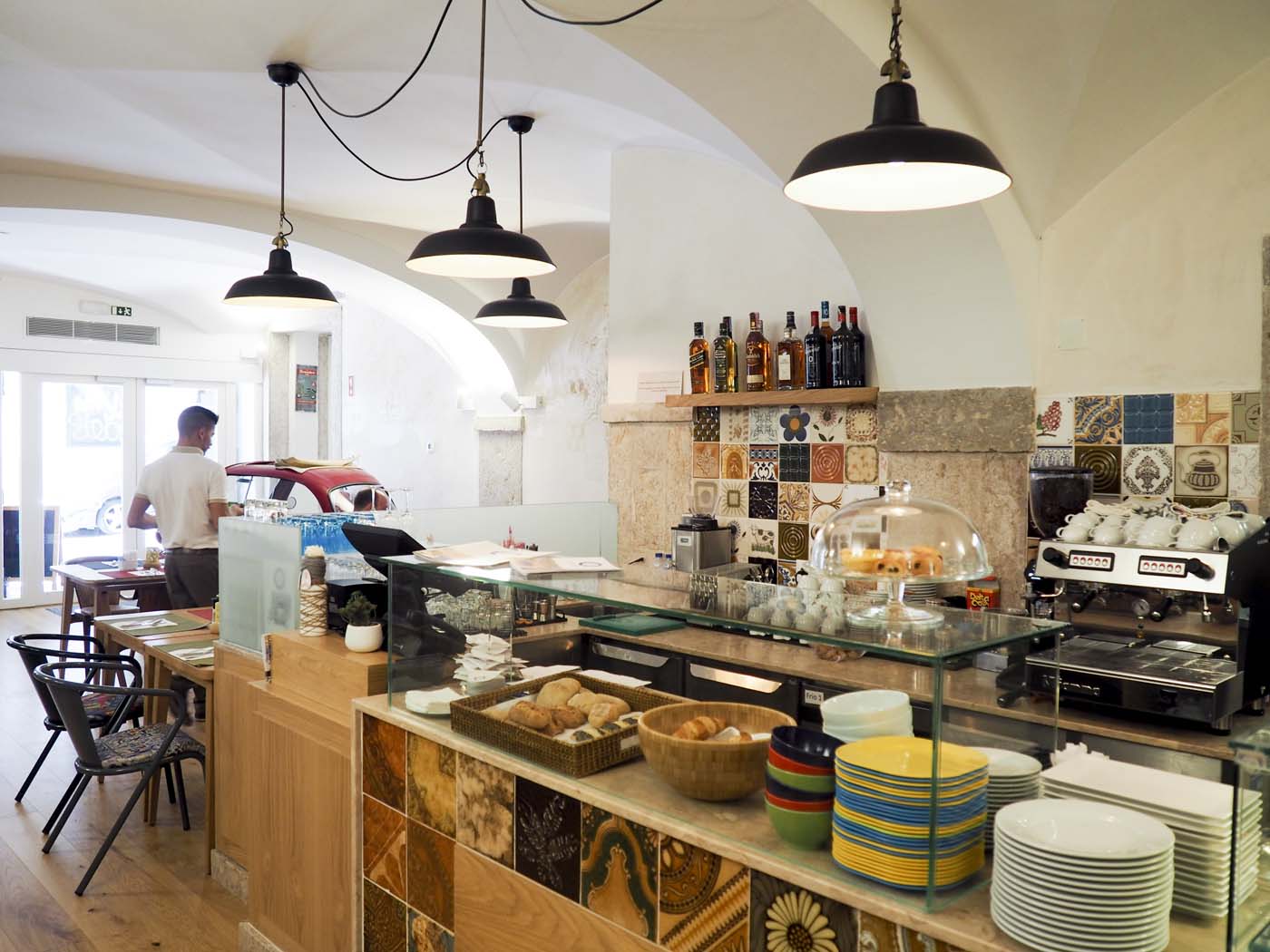 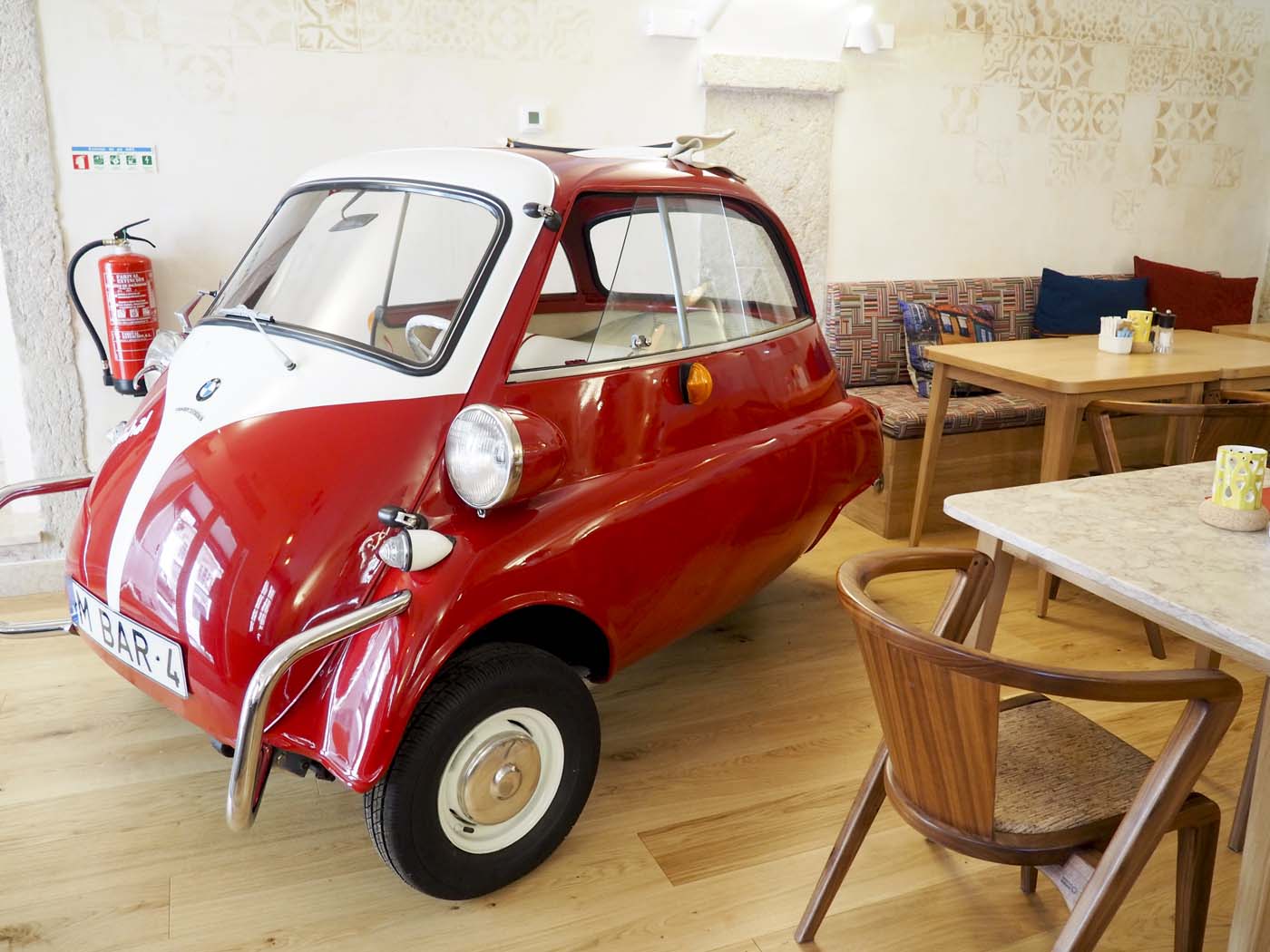 The rooms at Chiado are actually apartments. Ours was huge – split onto two levels – it had a small kitchen equipped with dishwasher, cooker, washing machine, microwave, kettle and toaster, plus seating area and high chair, a large main room with double bed, seating area and dressing area, and a bathroom with shower, bath and bidet.

Upstairs was a mezzanine room for the six-year-old, with a single bed, sofa and TV. She loved having her own little floor, and we loved being able to pop her to bed and watch films downstairs with a bottle of wine, knowing we weren’t disturbing her sleep. 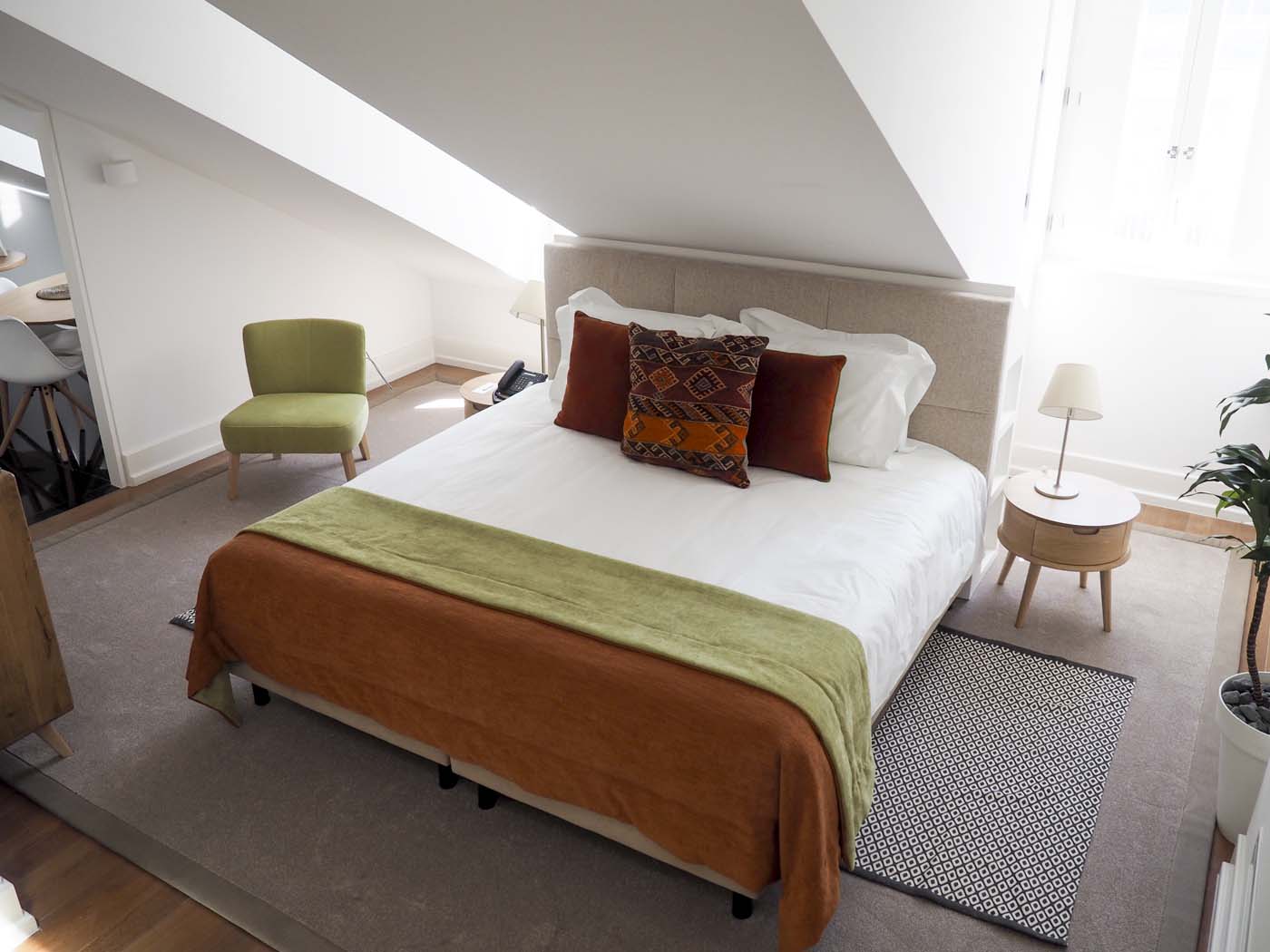 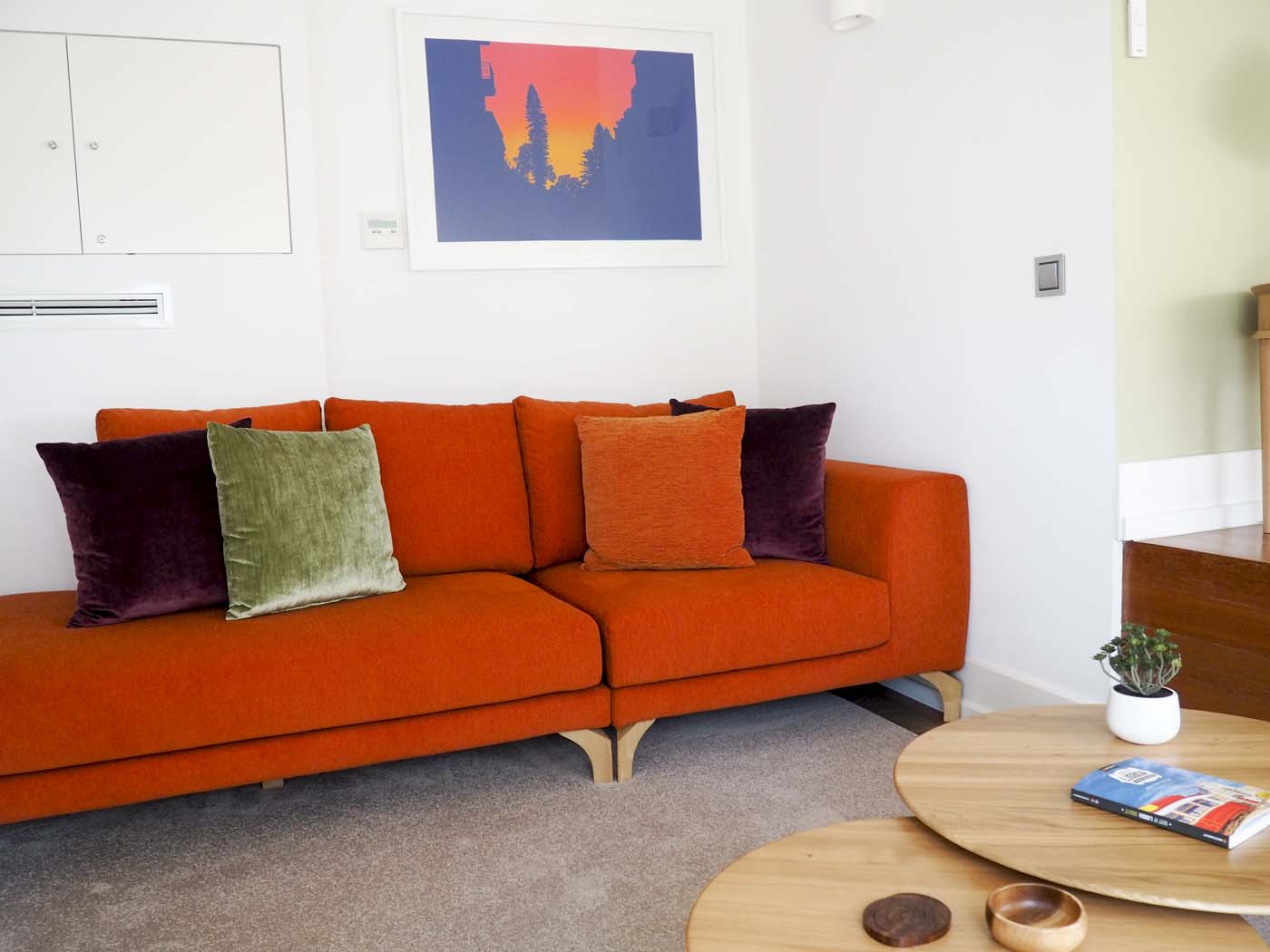 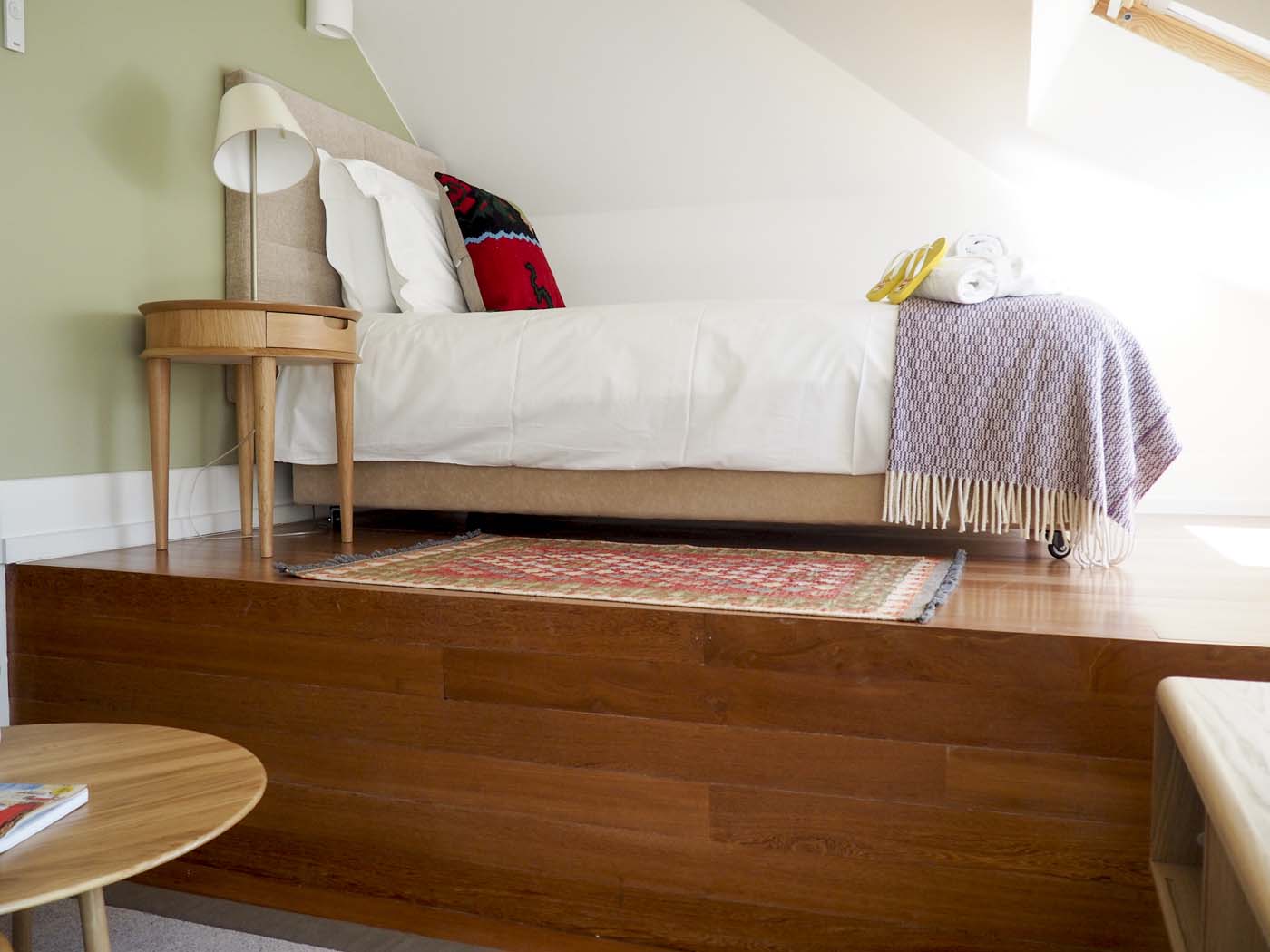 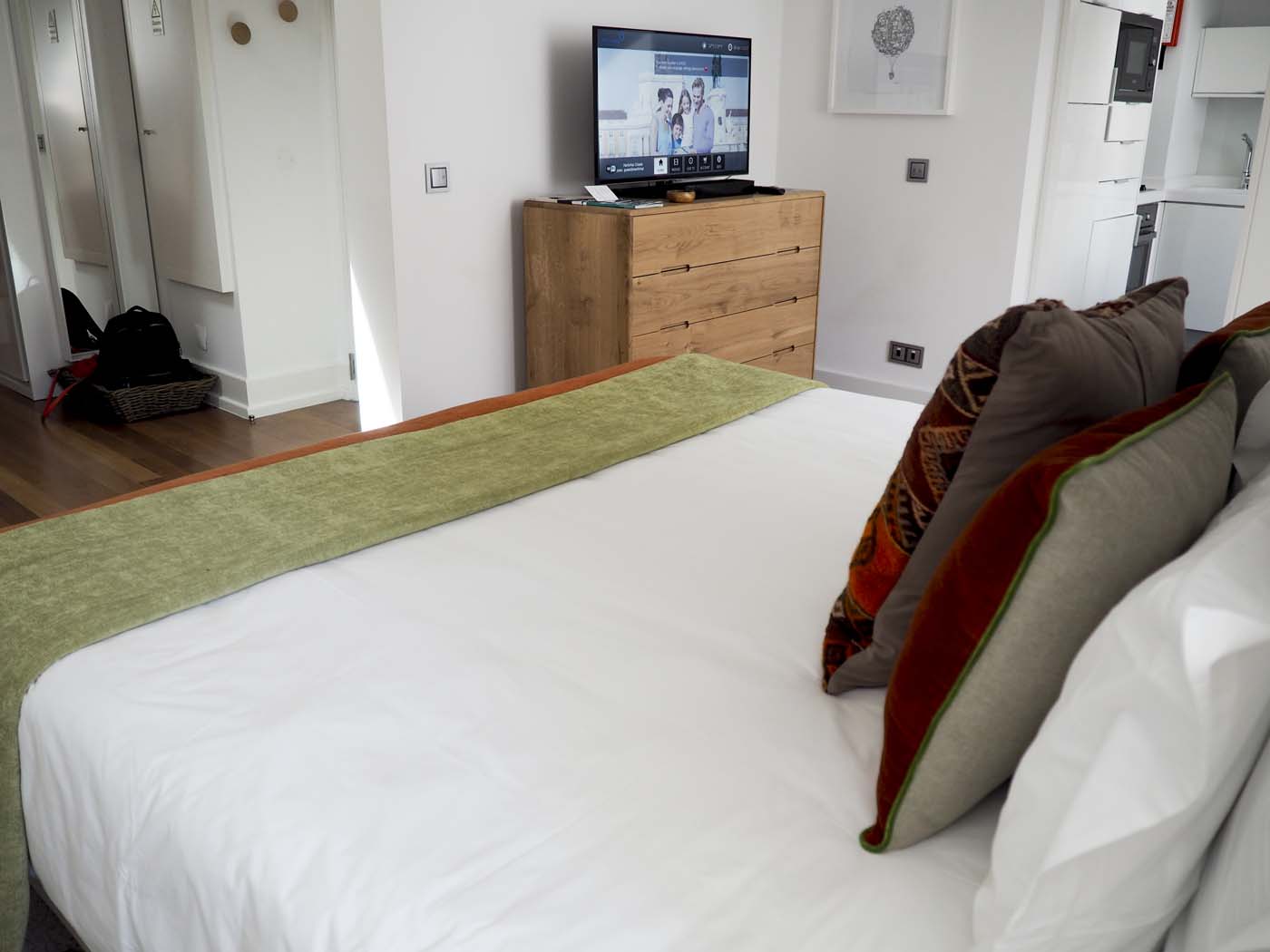 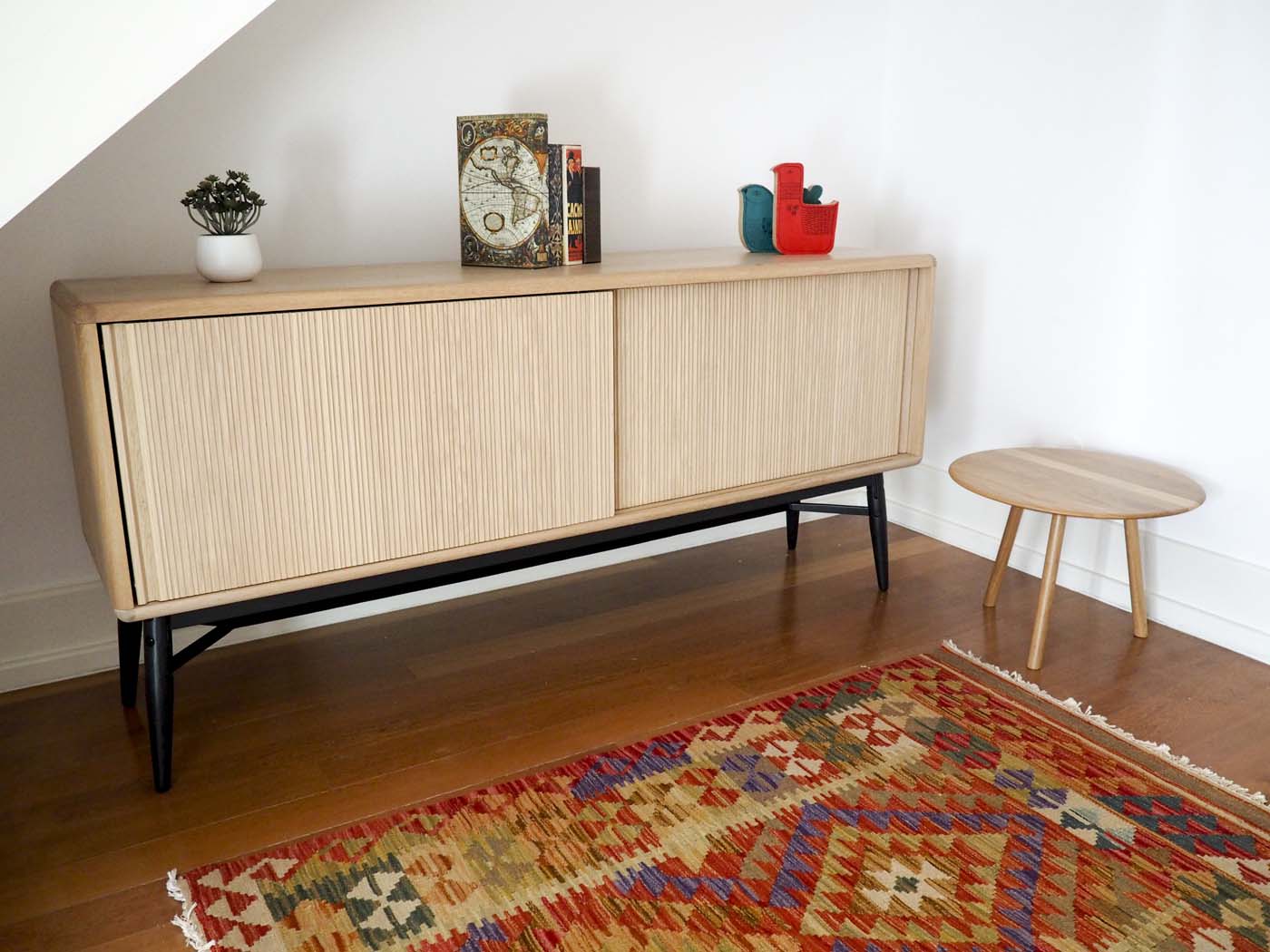 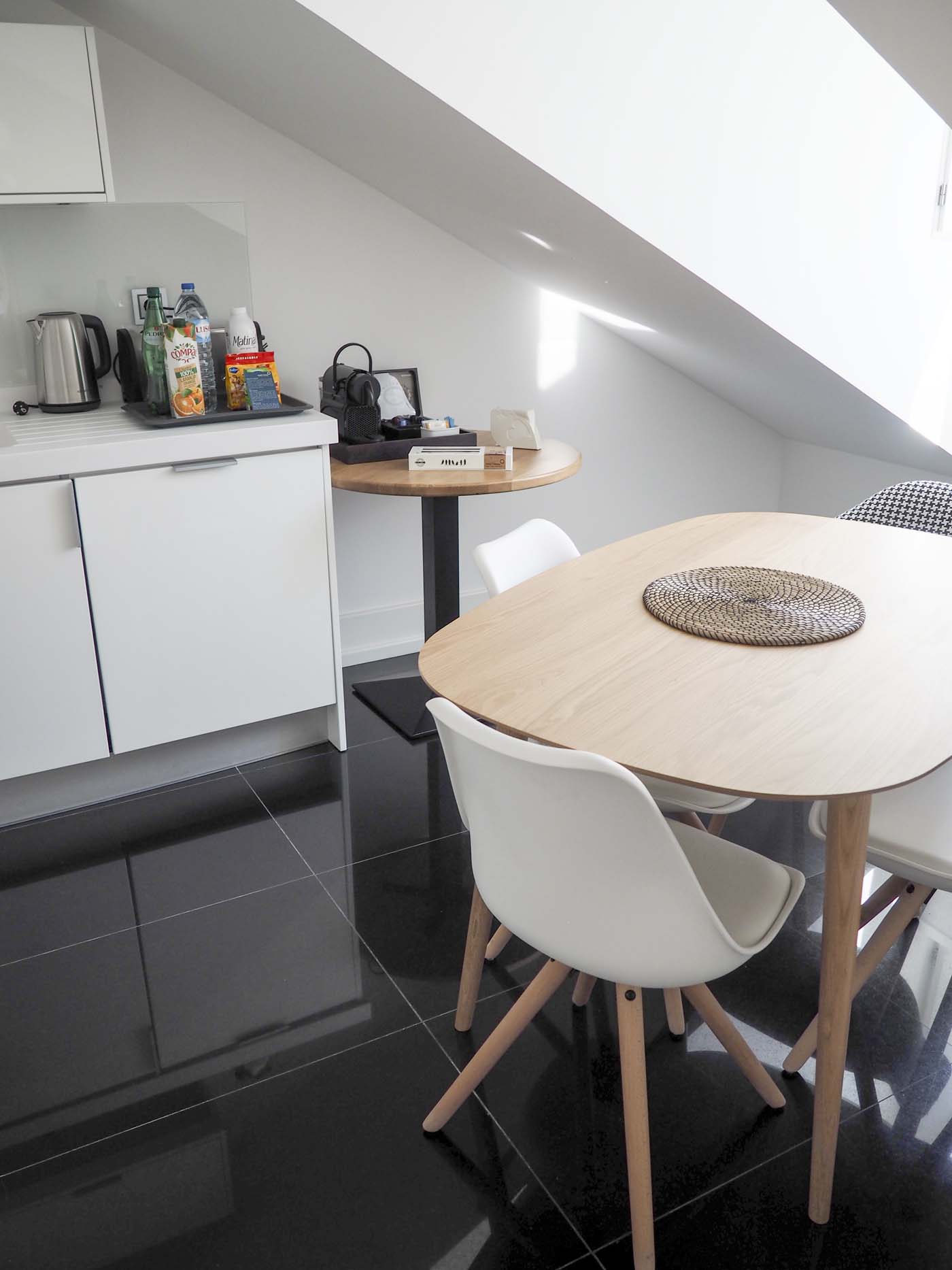 The decor was right up my street – with the same feel as Martinhal Cascais and Martinhal Sagres, but definitely a sleeker vibe for the city centre. Mid-century modern dressers, Eames-style chairs and a touch of Scandi chic all came together to create a gorgeous family friendly space. But it’s the attention to detail that sets this hotel apart from the rest – our bathroom had a potty, step and toddler seat for the loo. So handy!

True to form, the six-year-old announced that she wanted to check out the kids’ club on our first afternoon there. Luckily, she loved it nearly as much as the Cascais kids’ club. There’s no outdoor space, needless to say, but there was so much to do, she hardly noticed. 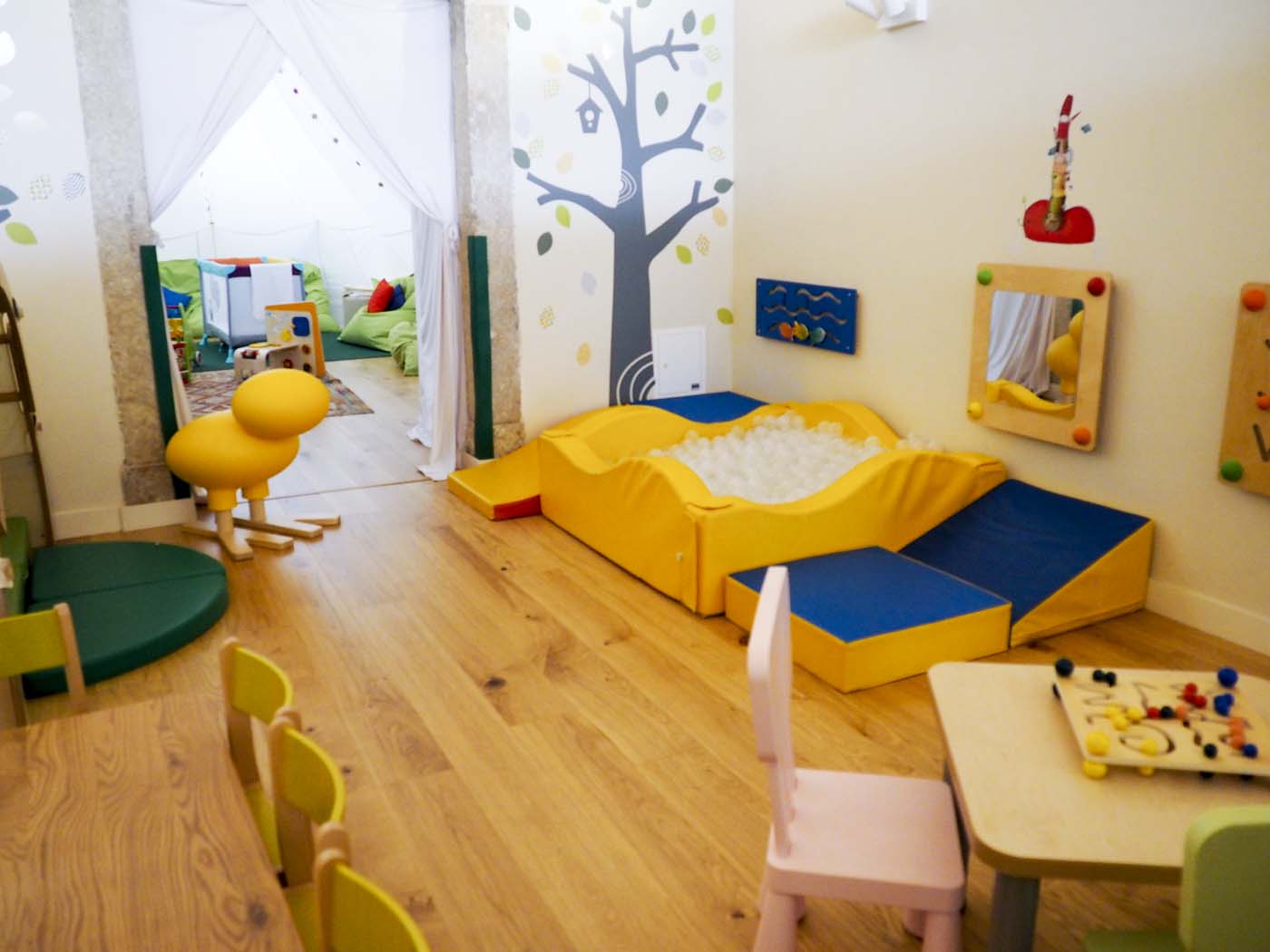 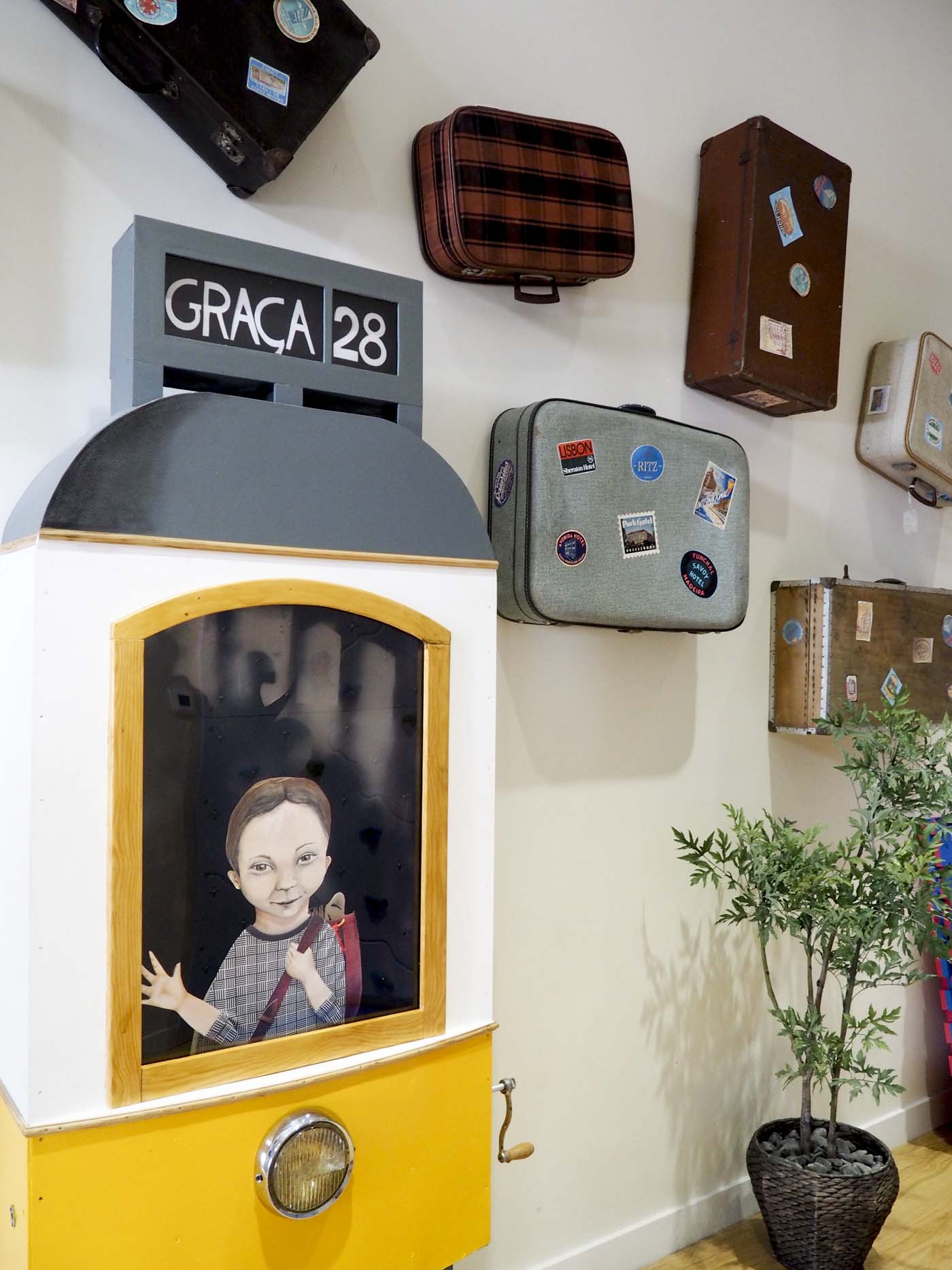 So Mr P and I took the opportunity to find our bearings and explore the immediate surroundings of the hotel. The Chiado district is just lovely – trendy coffee shops and wine bars, cute restaurants and lots of upmarket shopping streets plus shops like H&M, Zara, Mango, Tiger and Muji. 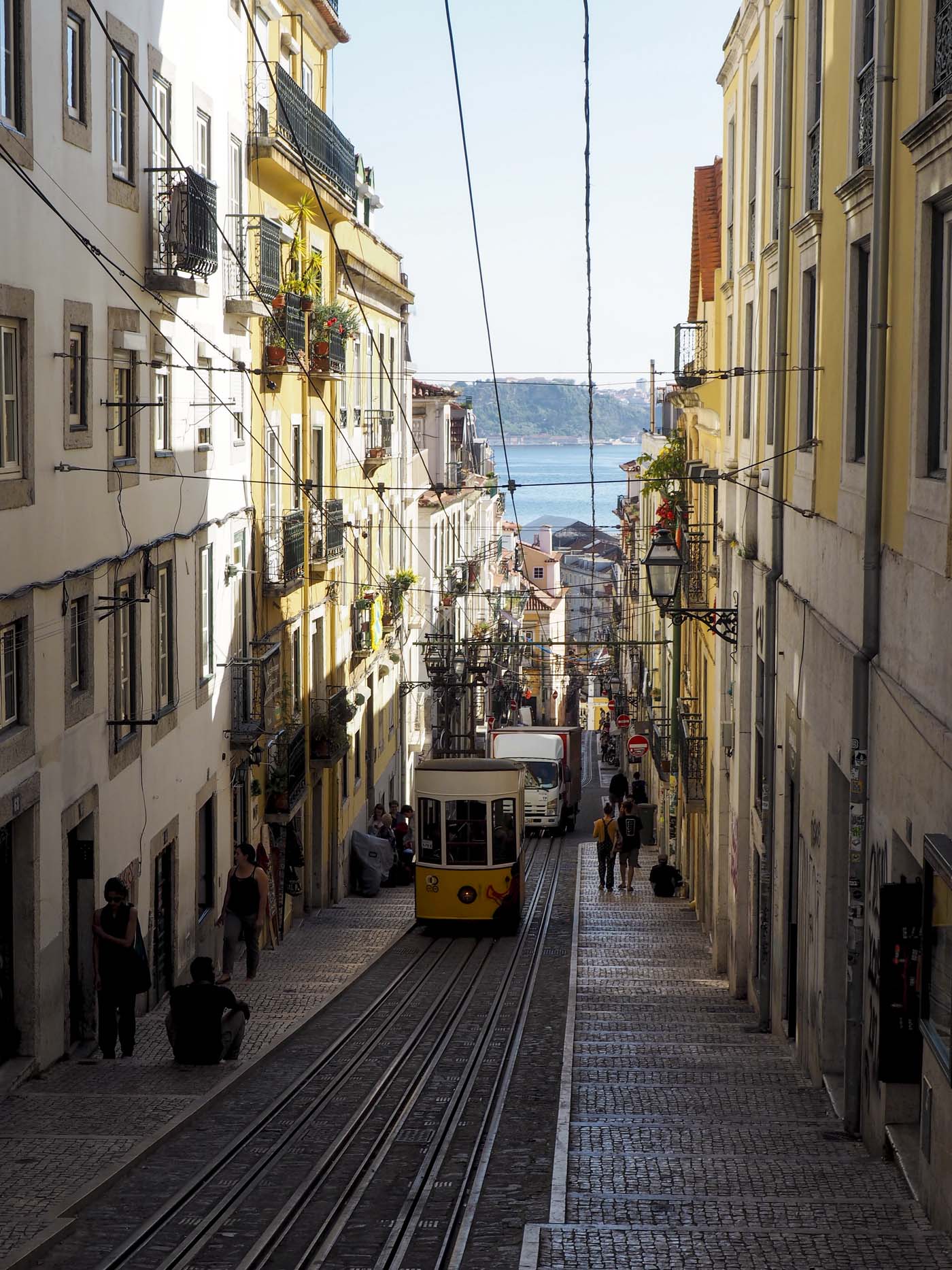 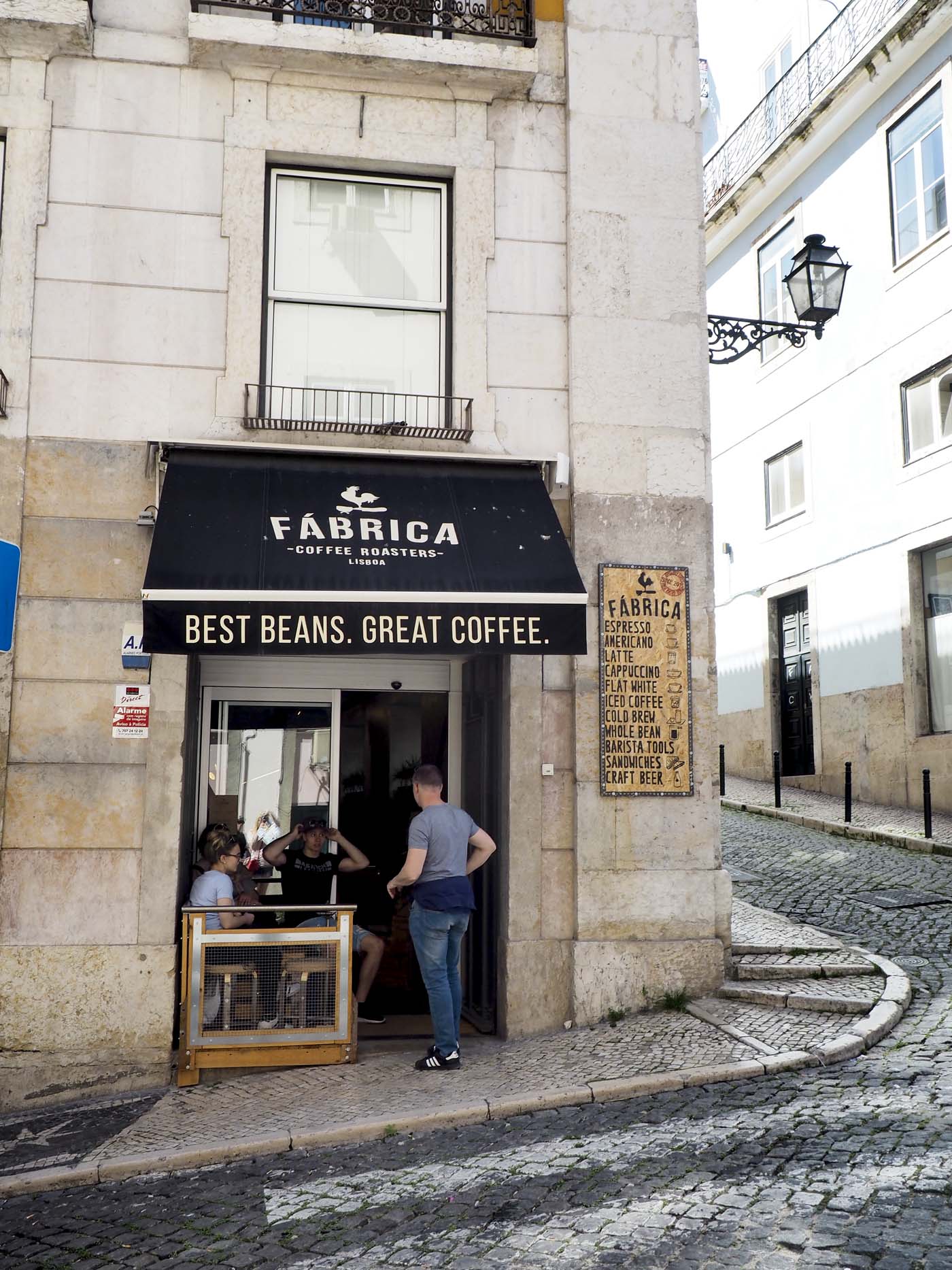 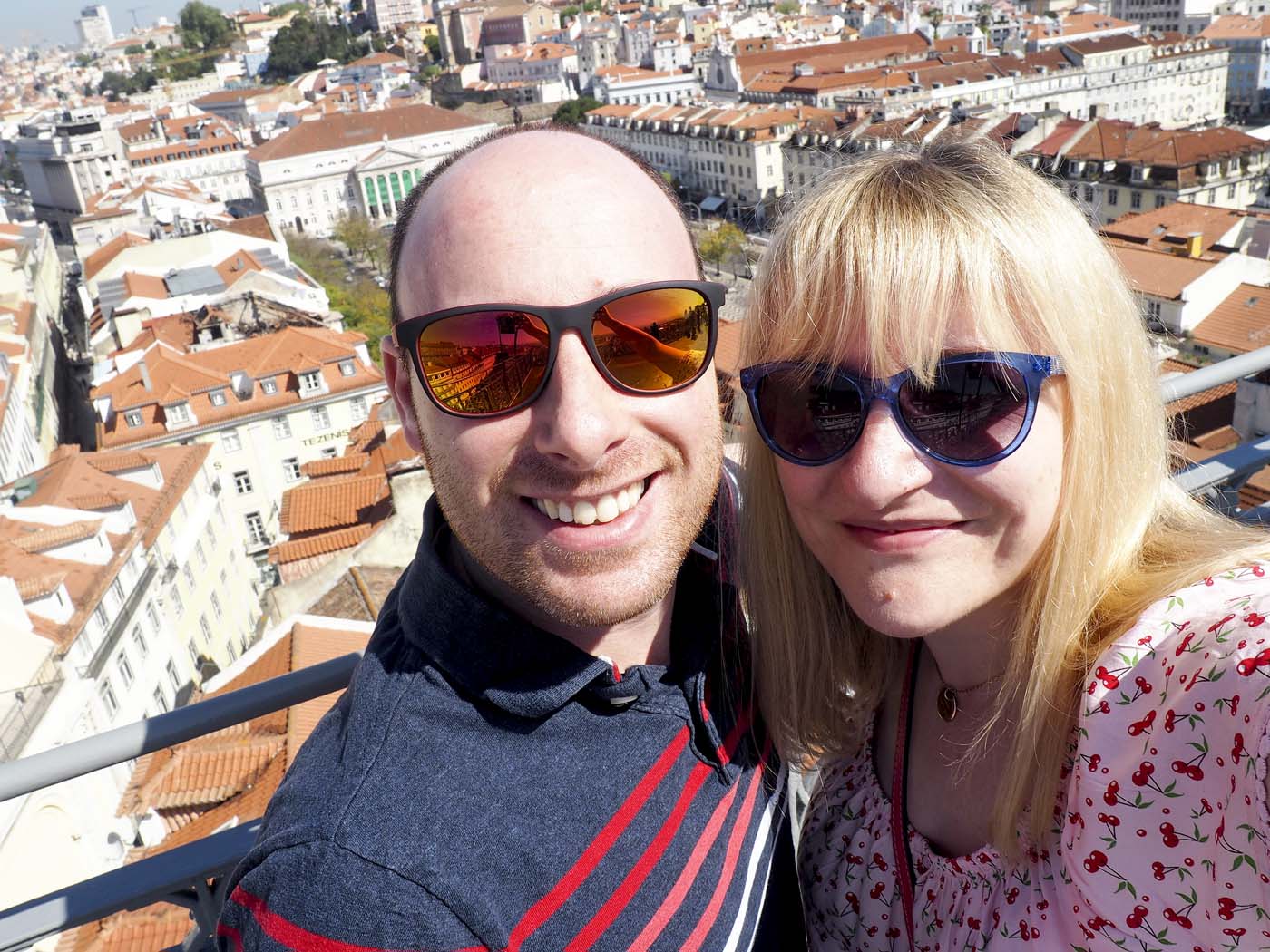 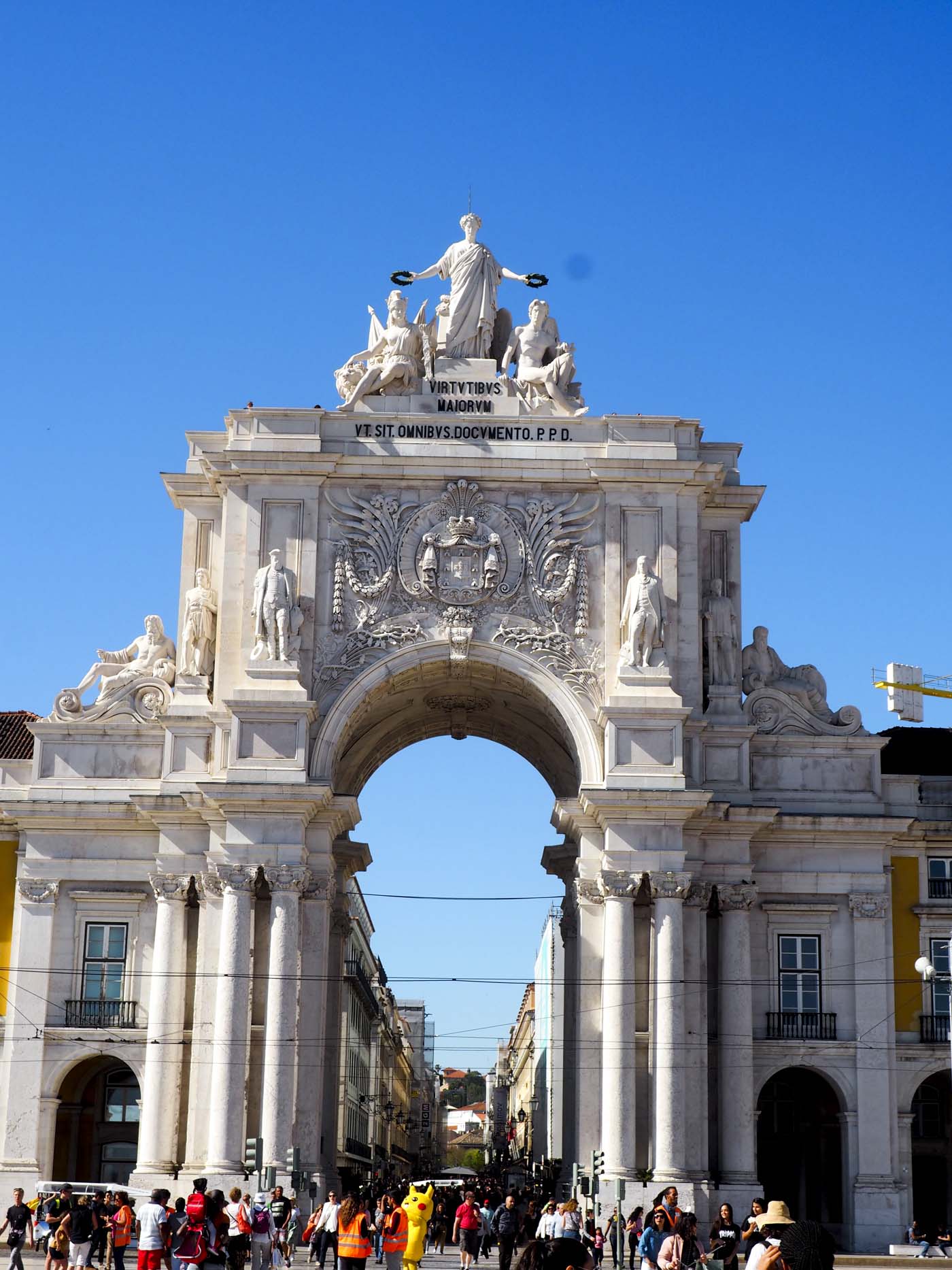 That evening, we took advantage of having a kitchen, and stocked up on a few bits from a nearby supermarket. Making dinner and eating it in the apartment felt like a nice relaxed way to spend the evening, after a few days of eating out.

We managed to convince the six-year-old to come out and about with us on our second day in Lisbon – I was determined for her to experience some of the city while we were there, even if it was just a small taste! So we took the number 28 tram through the winding streets, up to Castelo de São Jorge. 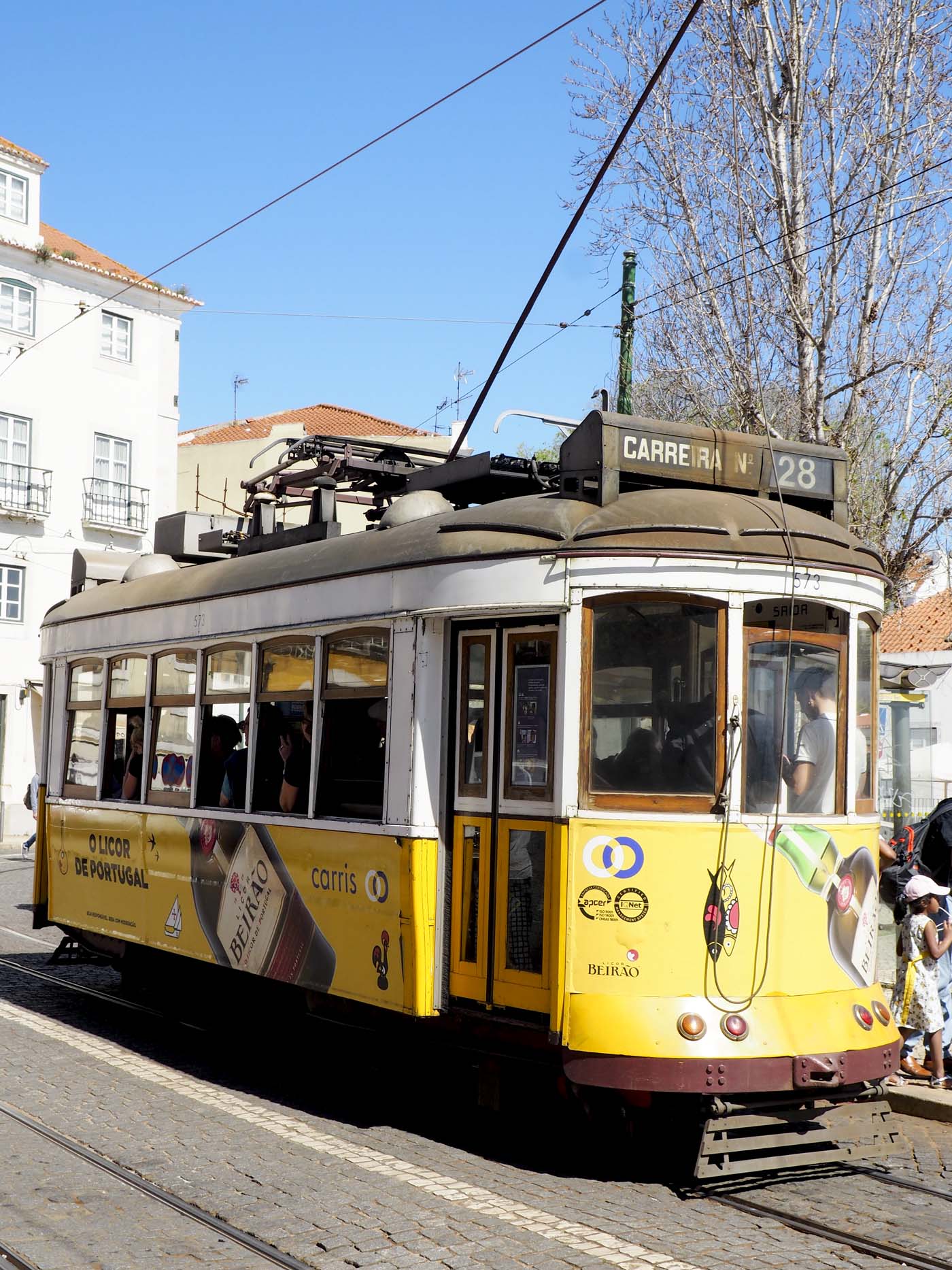 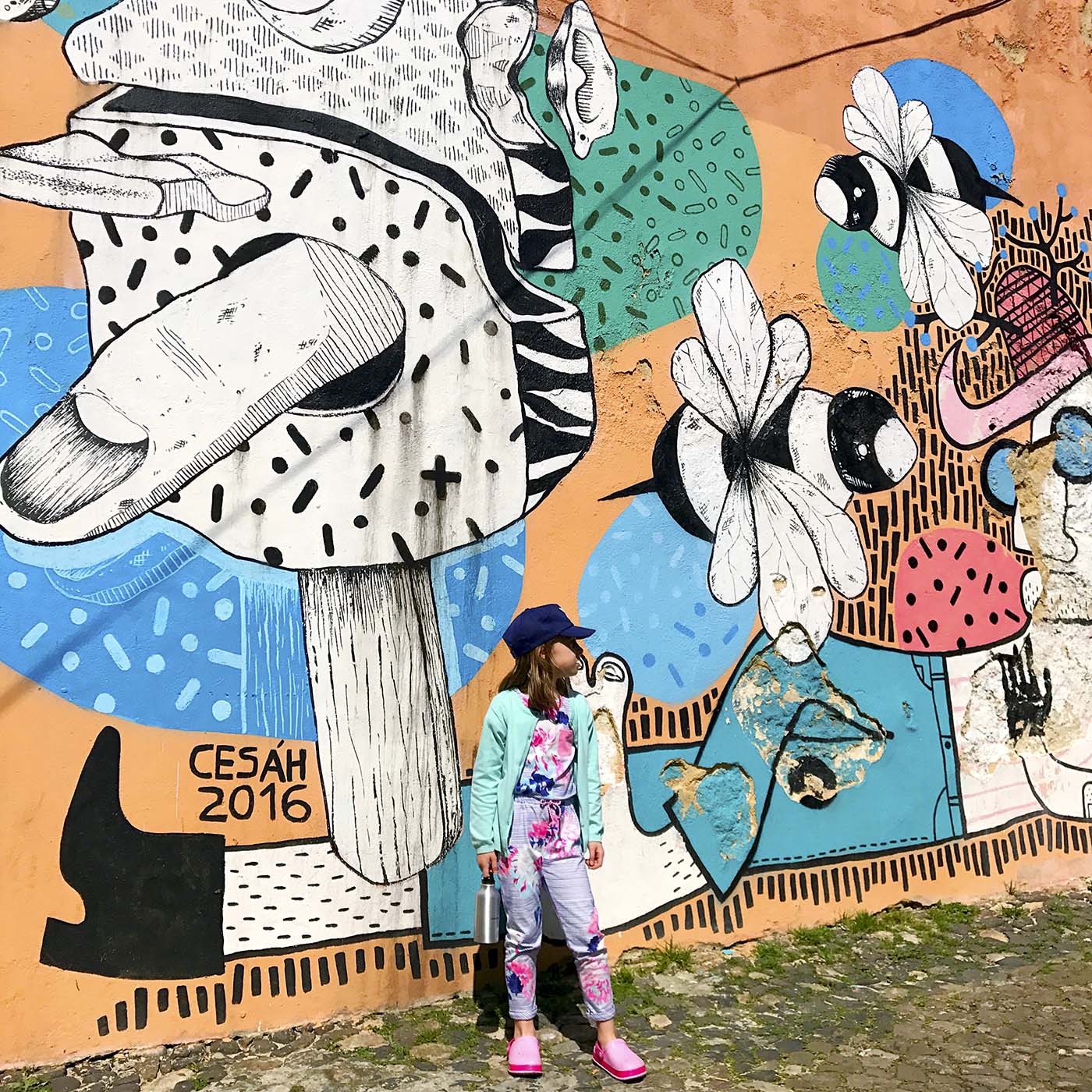 We would have actually gone into the castle, had the queue for tickets not been quite so long, but we enjoyed going up there for a mooch and we saw some cool street art, before jumping on the 28 tram back down to Chiado.

Next stop was Santini for ice cream – our taxi driver had recommended this place to us, saying it was a bit of a Lisbon institution. And we could see why! Not content with just ice cream, we walked back to Martinhal via Manteigaria for custard tarts (or Pasteis de Nata as the locals call them). One of the reception staff at the hotel had told us that while Belém is widely believed to be the best place in Lisbon to buy them, this little cafe nearby is actually better. 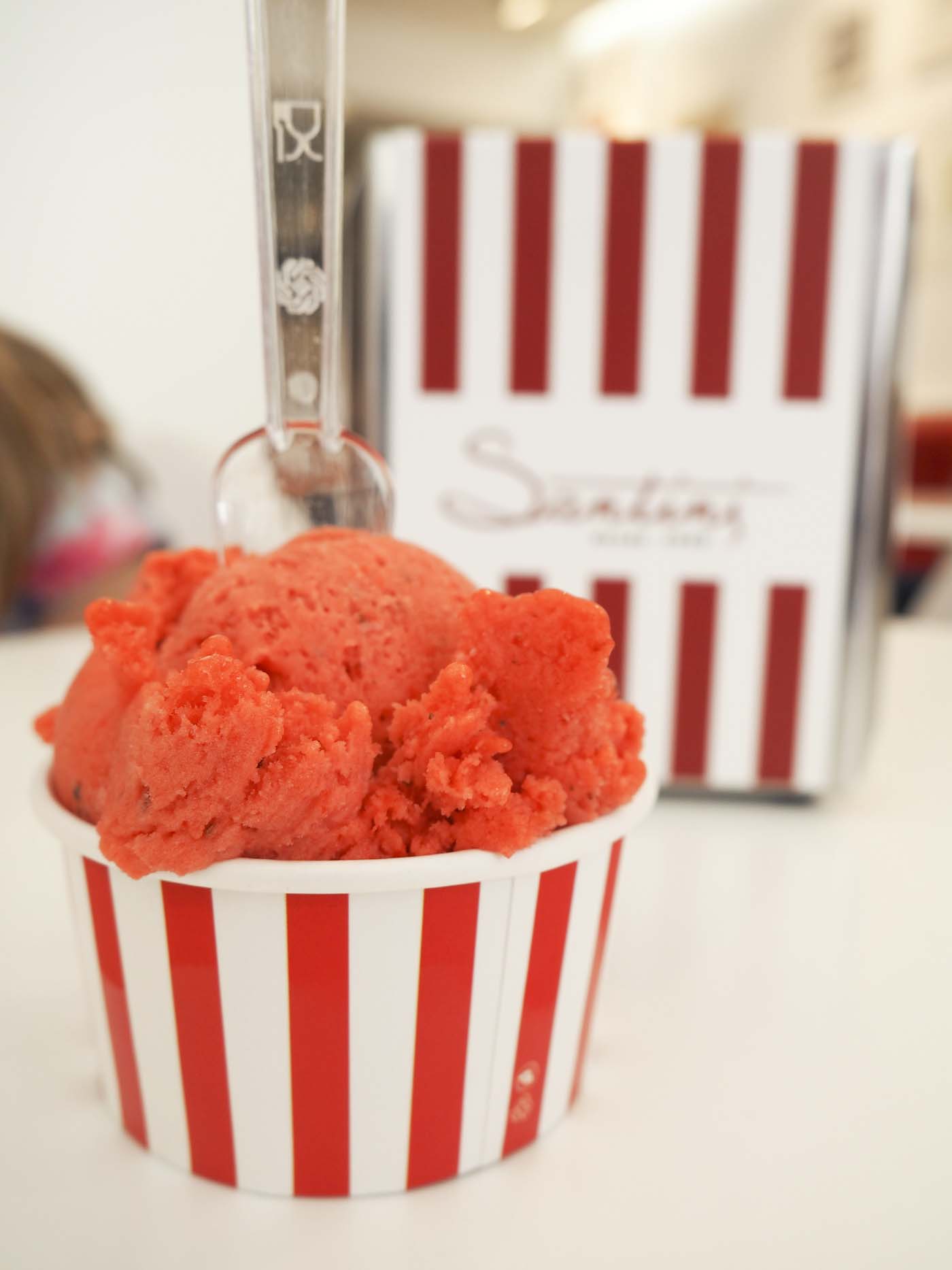 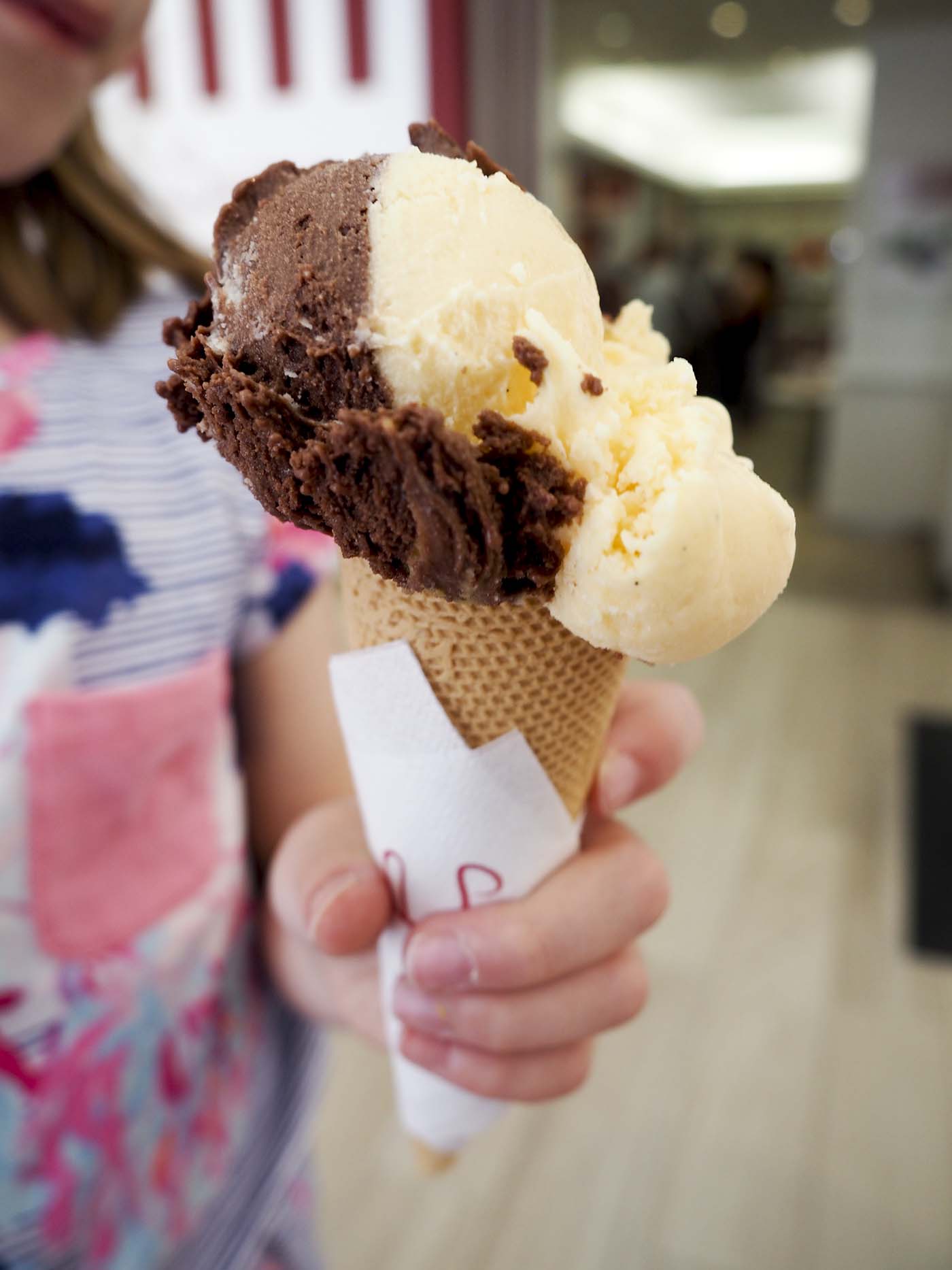 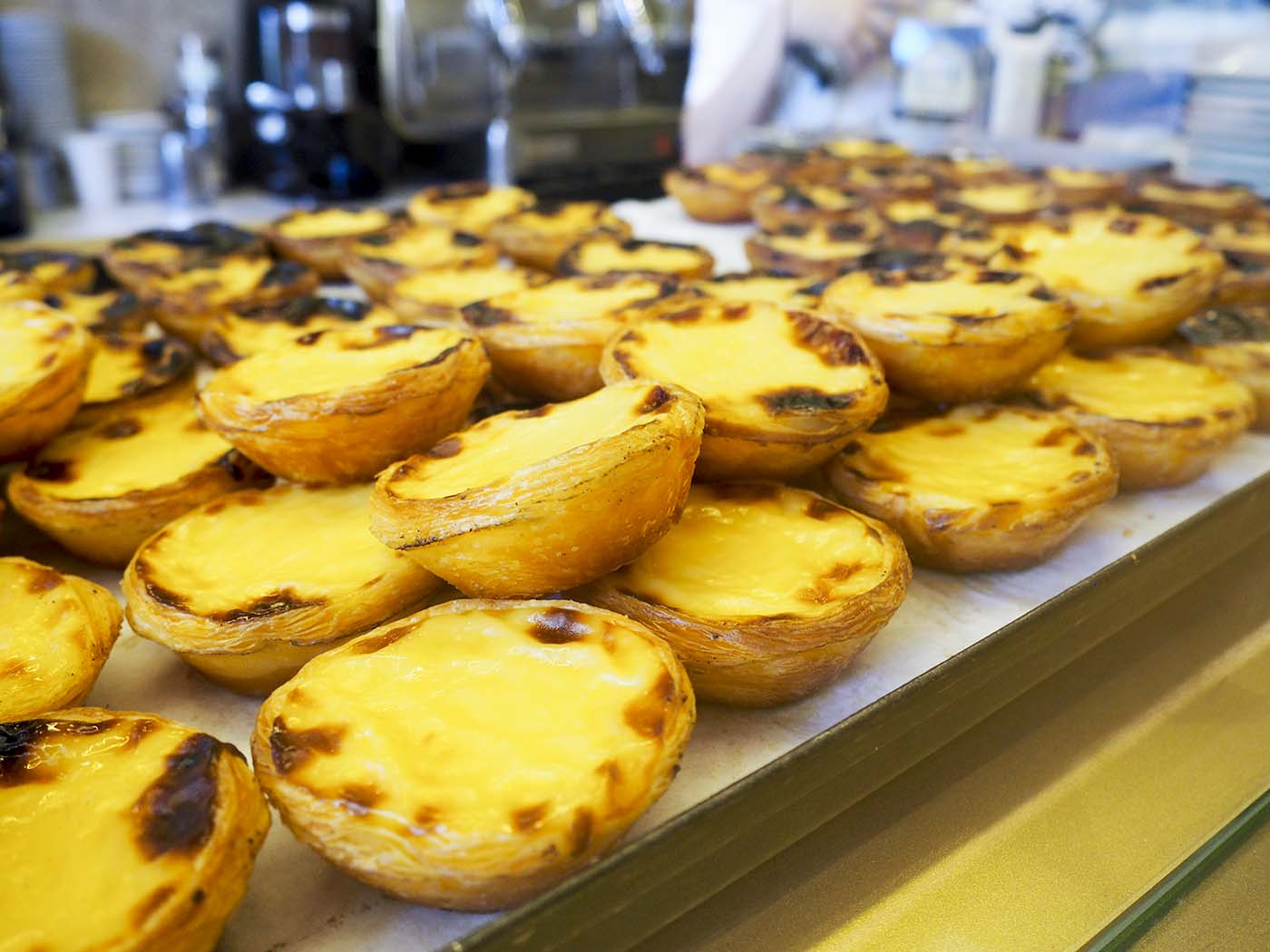 That, apparently, was quite enough of Lisbon for this six-year-old girl, and after being a little grumpy about walking around the city, she asked to go back into the kids’ club for the afternoon. Who were we to argue?!

We spent the afternoon on a tourist tram, having a guided tour of the old town, before having some drinks and food at the Time Out Market, which handily is a five minute walk from Martinhal. A cross between London’s Borough Market and Brixton Village, it has a bunch of food stands, all handpicked by Time Out and lots of tables in the middle. I might have had two dinners, because I couldn’t choose between a steak and cheese sandwich, and sushi. Oh and we had the largest gin and tonics known to man! 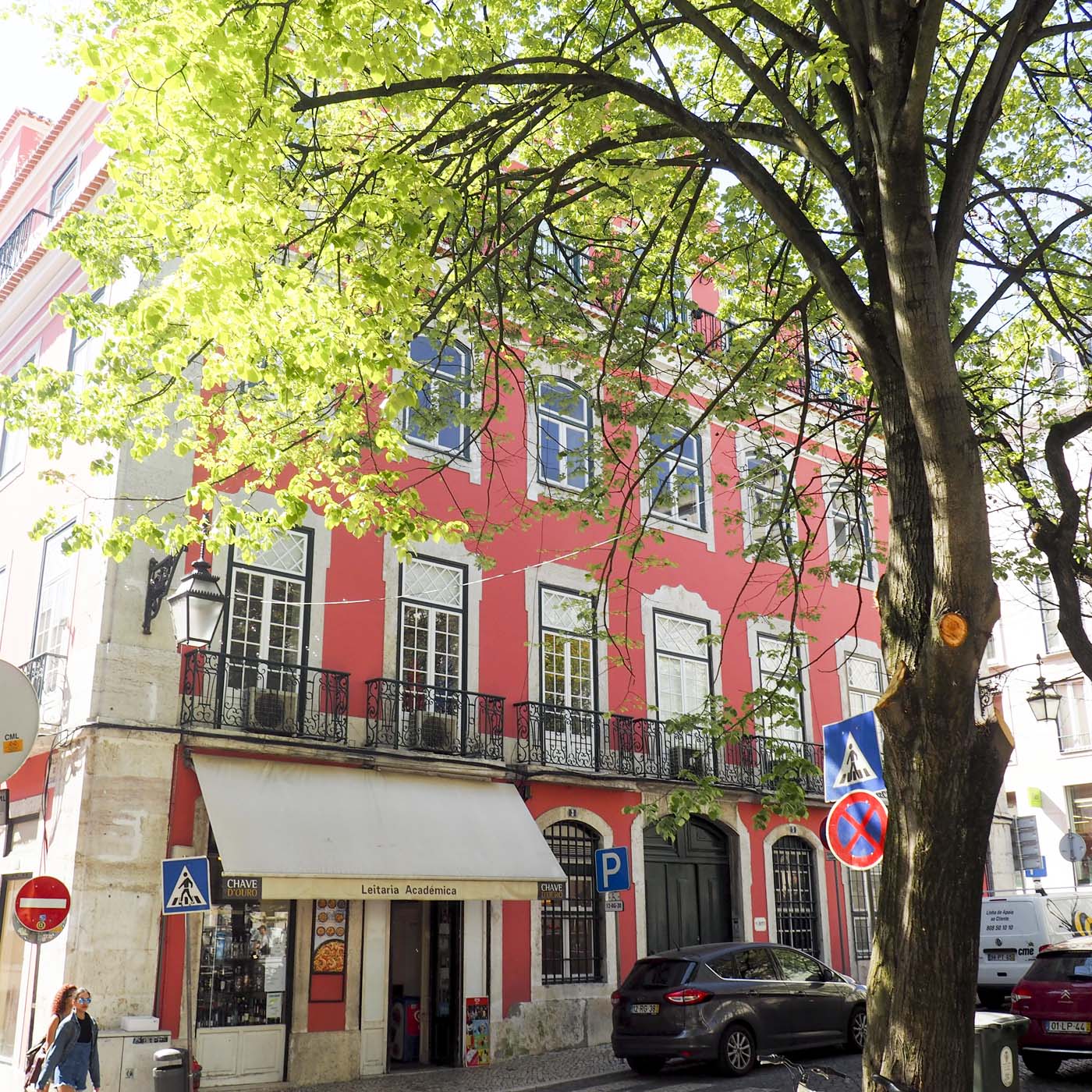 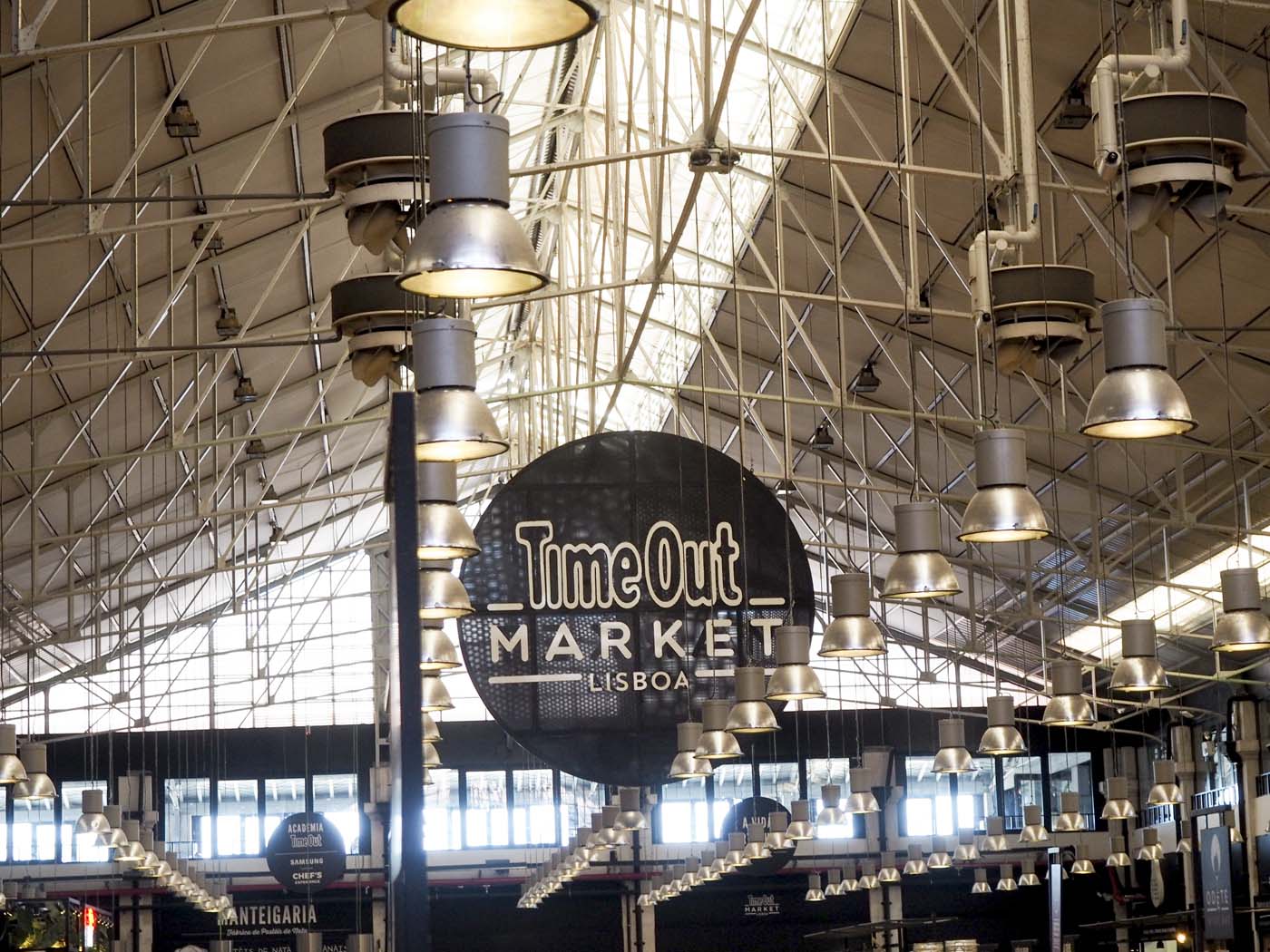 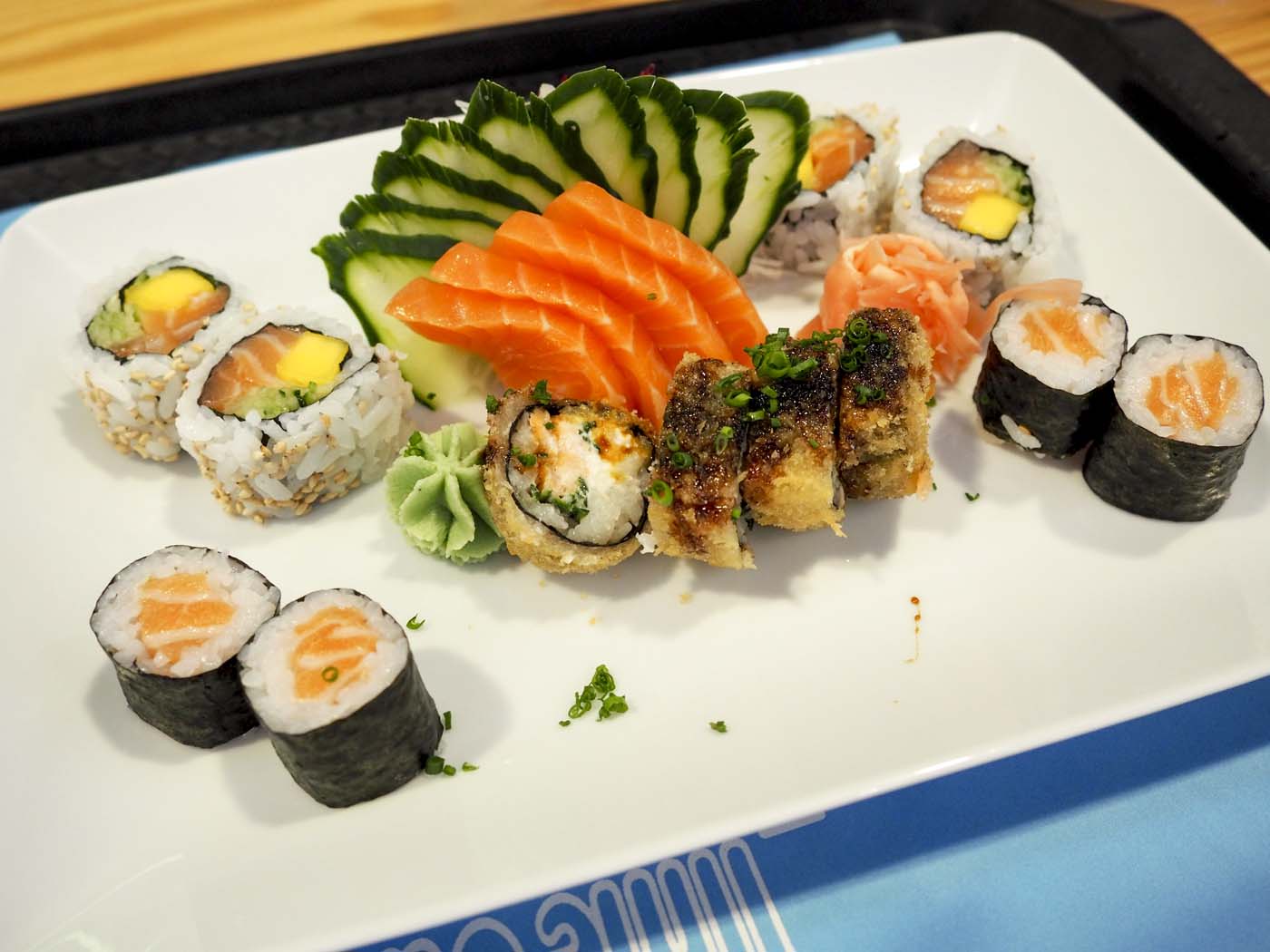 We were even able stay out a bit later than the previous day because we’d booked the six-year-old into the Pyjama Club at Martinhal – while we drank gin in the market, she was eating dinner and watching Moana with other children at the hotel kids’ club.

If I’m totally honest, there’s a part of me that feels guilty that we used the kids’ clubs in both Martinhal hotels quite as much as we did. But as someone who was taken (dragged) around interesting places (not interesting to a child) on holiday when I was young, when all I wanted to do was be in the hotel pool all day, I didn’t see the point in taking (an inevitably grumpy) child to all of the places we wanted to see.

And having the option to either explore Lisbon as a family or as a couple felt like SUCH A TREAT. 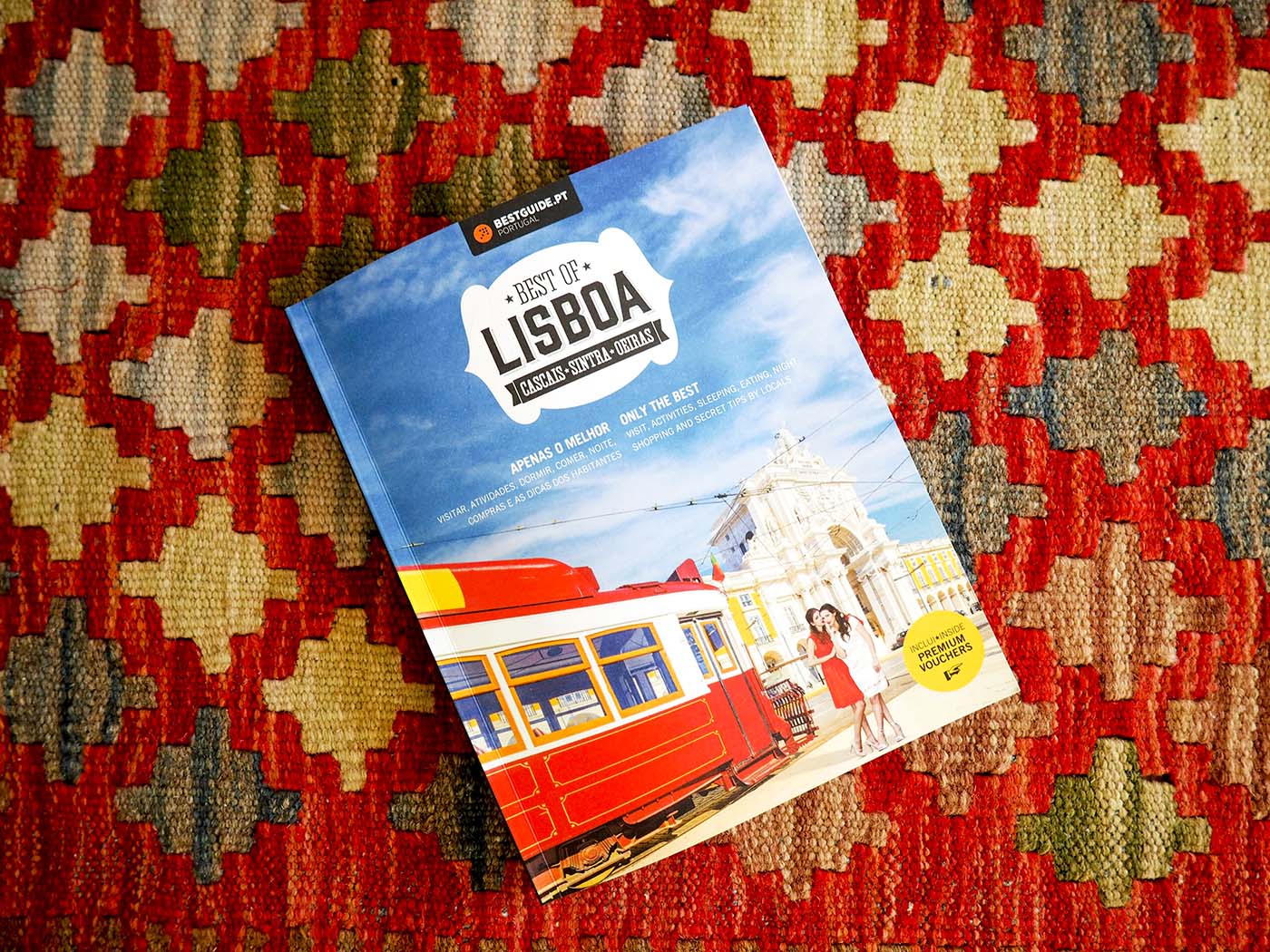 Thank you to Martinhal for flying us out for five nights in Cascais and Chiado for the purpose of this review. As always, all views are my own. For prices, offers and to book, head to the Martinhal website. For more travel reviews head over here.