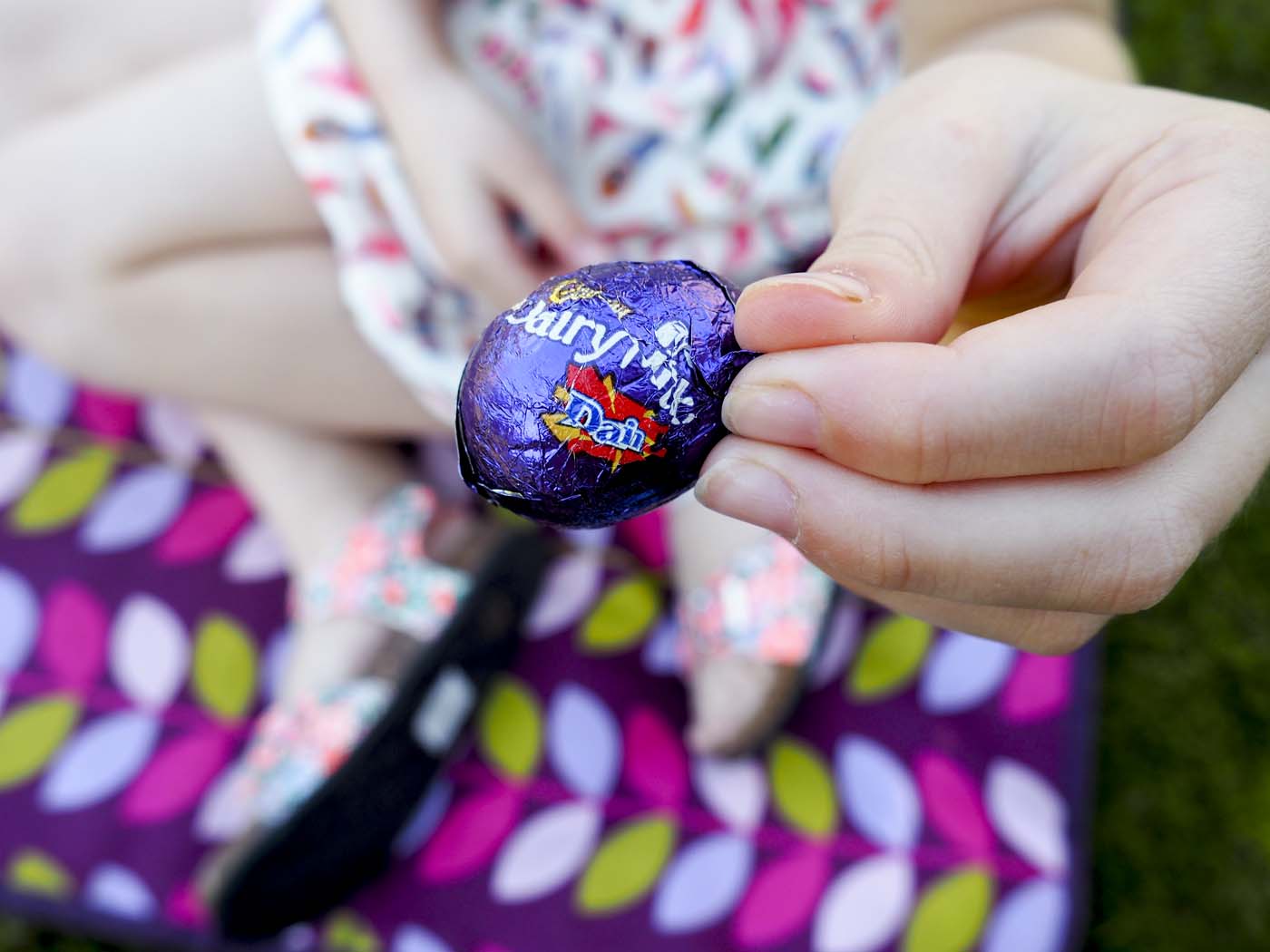 And I don’t blame her – when I was her age, I spent ages (like AGES) looking at all of the Easter Eggs in the supermarket, trying to decide which one to ask my mum to buy me on Easter weekend. It would always – without fail – be a Cadbury egg. Any other chocolate egg was inferior, in my eyes, and I’d usually try to work out which variety of Cadbury egg had the most chocolate rather than being swayed by things like free mugs. It’s not just me who loves a Cadbury egg – apparently over 83 million Easter Eggs are sold in the UK over the Easter season, and the Cadbury Creme Egg 138g Easter Egg is the most popular kind.

Given how much I love a Cadbury Easter Egg, there’s a chance that I was as eggs-cited (sorry) as the six-year-old about the Cadbury Egg Hunt we’d be doing.

As well as having over 300 Cadbury Egg Hunts at National Trust properties around the UK, they’ve got lots of ideas for Easter activities at home, on their website, and an Egg Hunt Pack which you can print off at home. It contains clues for your Egg Hunt, signs to pop up and fun props to make like bunny ears and a basket. It’s basically a whole day of Easter fun, right there in one printable pack. Interestingly, Cadbury says that a quarter of British families find it hard to keep kids entertained over the Easter holidays, so the website also has Easter recipes, games and crafts to try too. If you’re stuck for Easter holiday ideas, check it out. 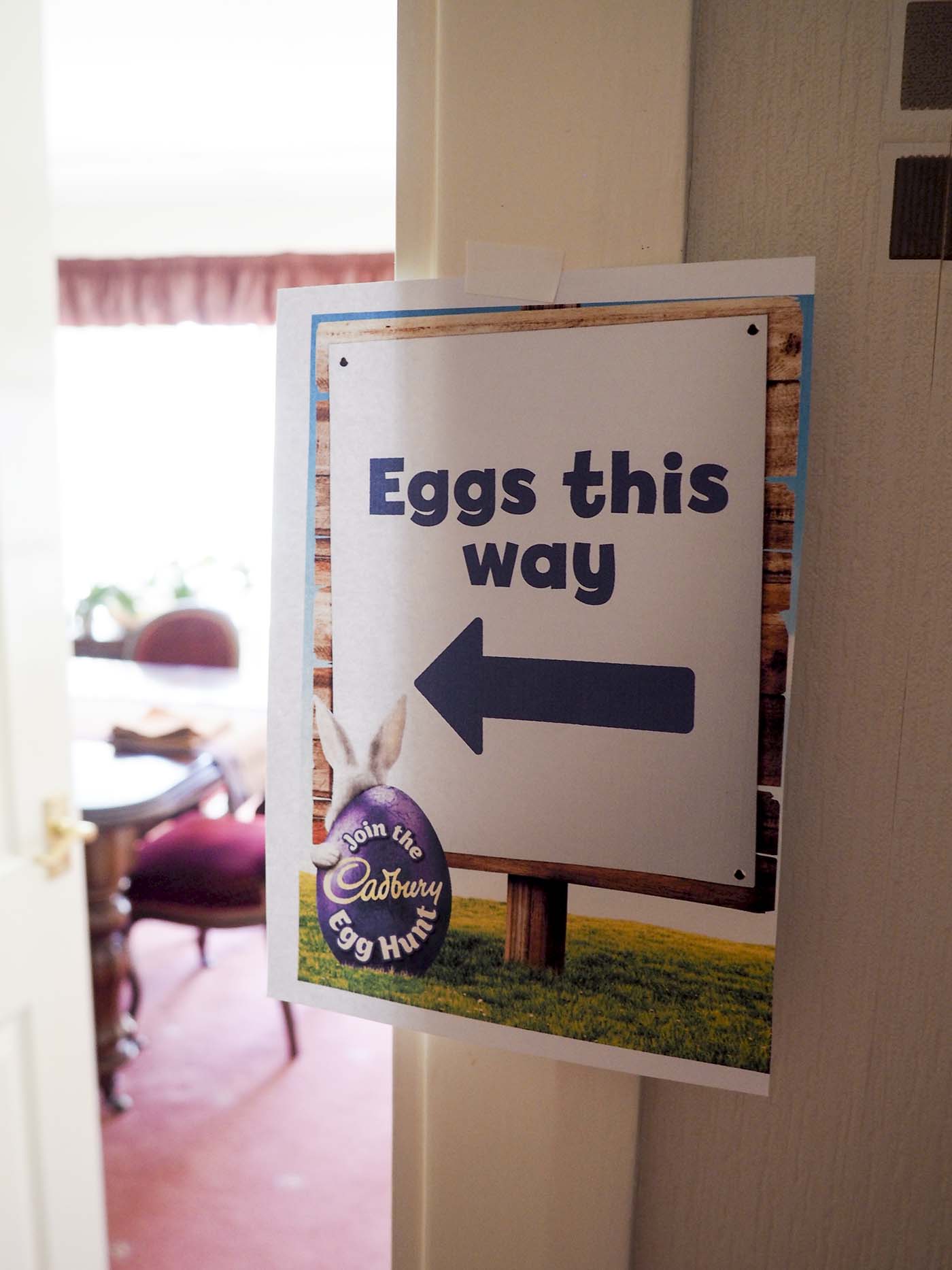 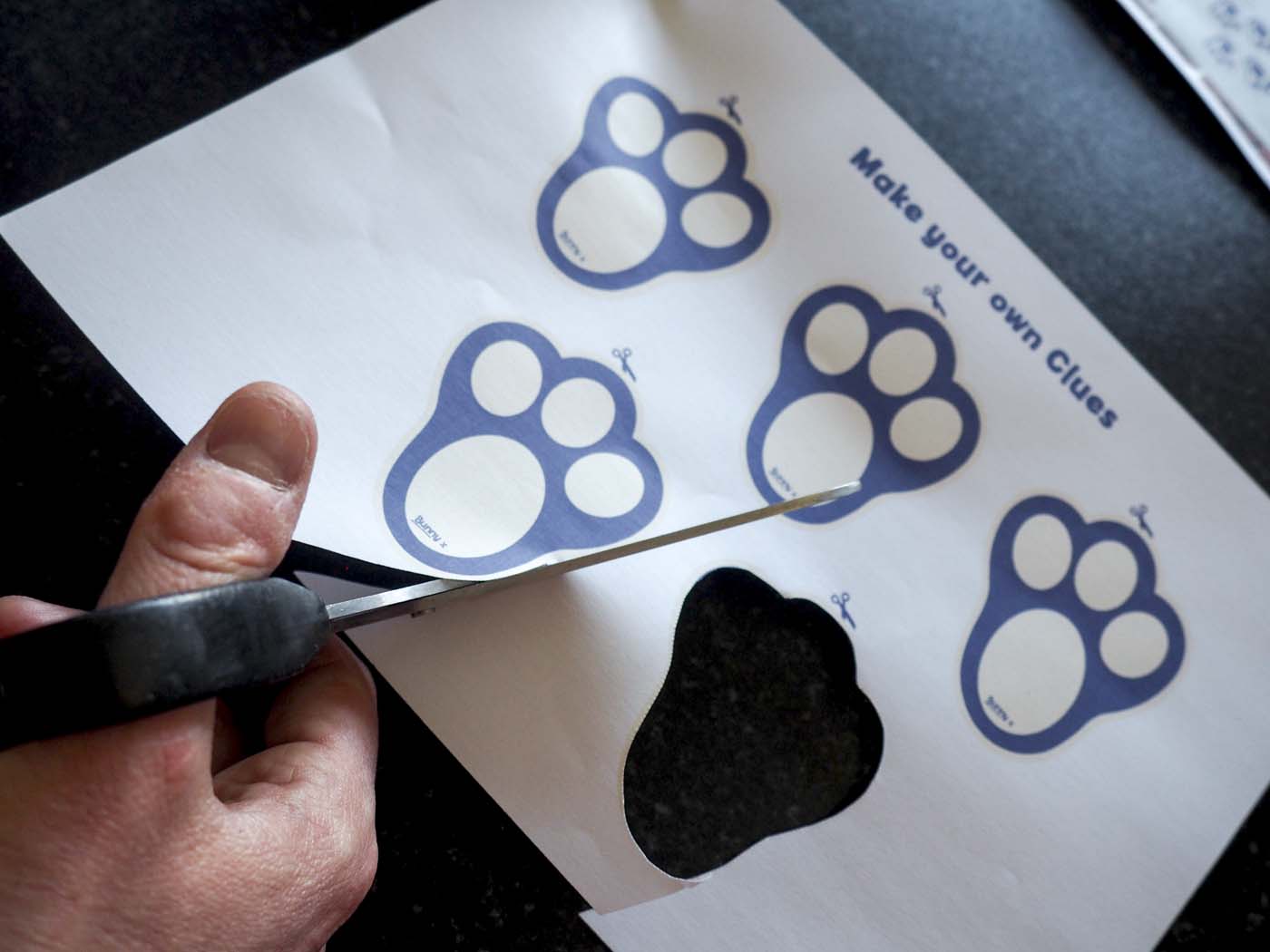 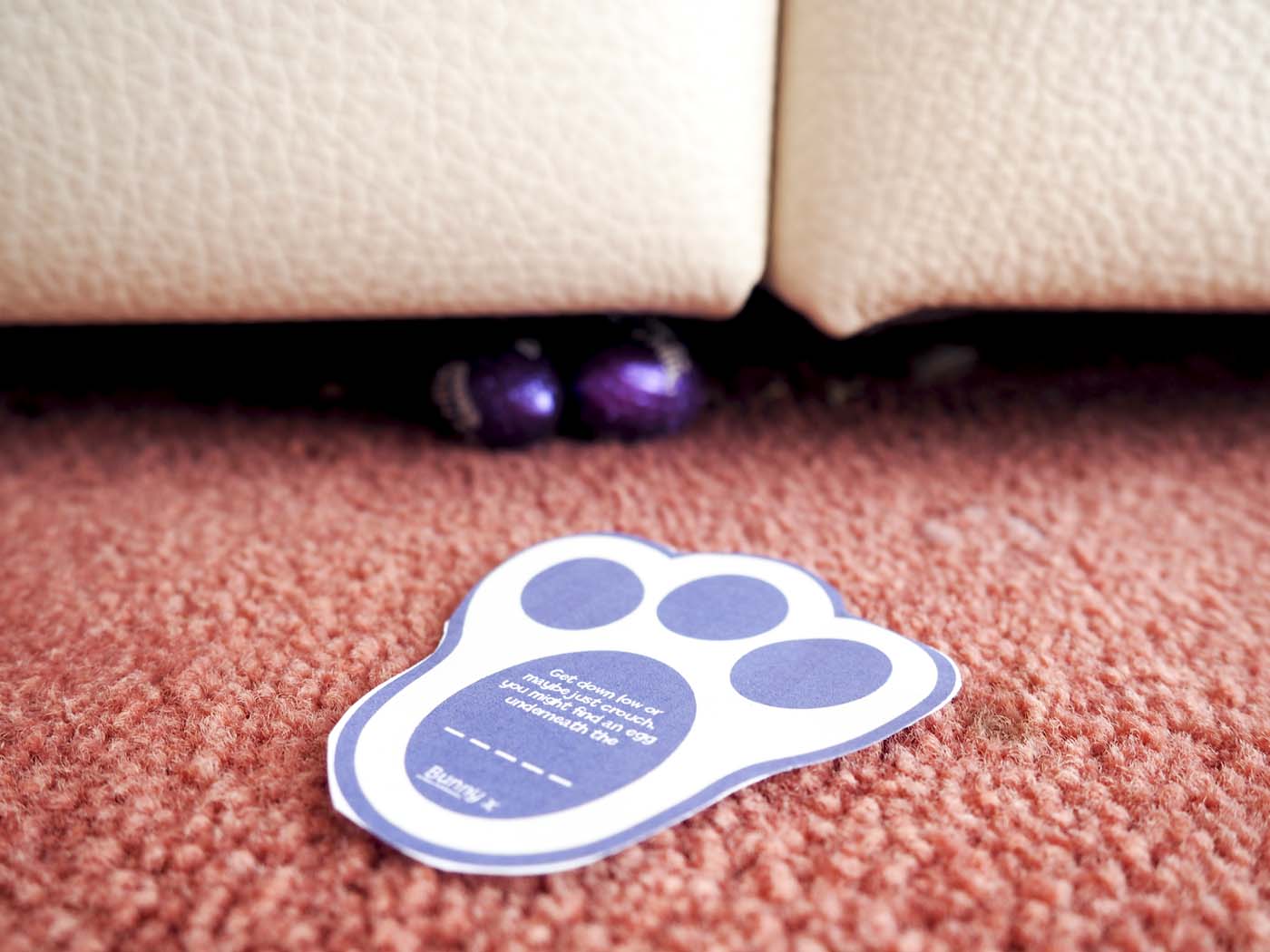 We headed over to my in-laws’ house the other day (they’ve got a bigger house and a bigger garden than us – if we’d done an egg hunt in our tiny garden, it would have lasted around three minutes!) and set up the hunt. We printed off and cut out the clues, then spent ten minutes placing them around the house, hiding eggs in the appropriate hiding places as we went. Hiding the eggs was way more fun than I’d expected it to be – and Mr P kept re-hiding my eggs, saying they were in obvious places and too easy to find! 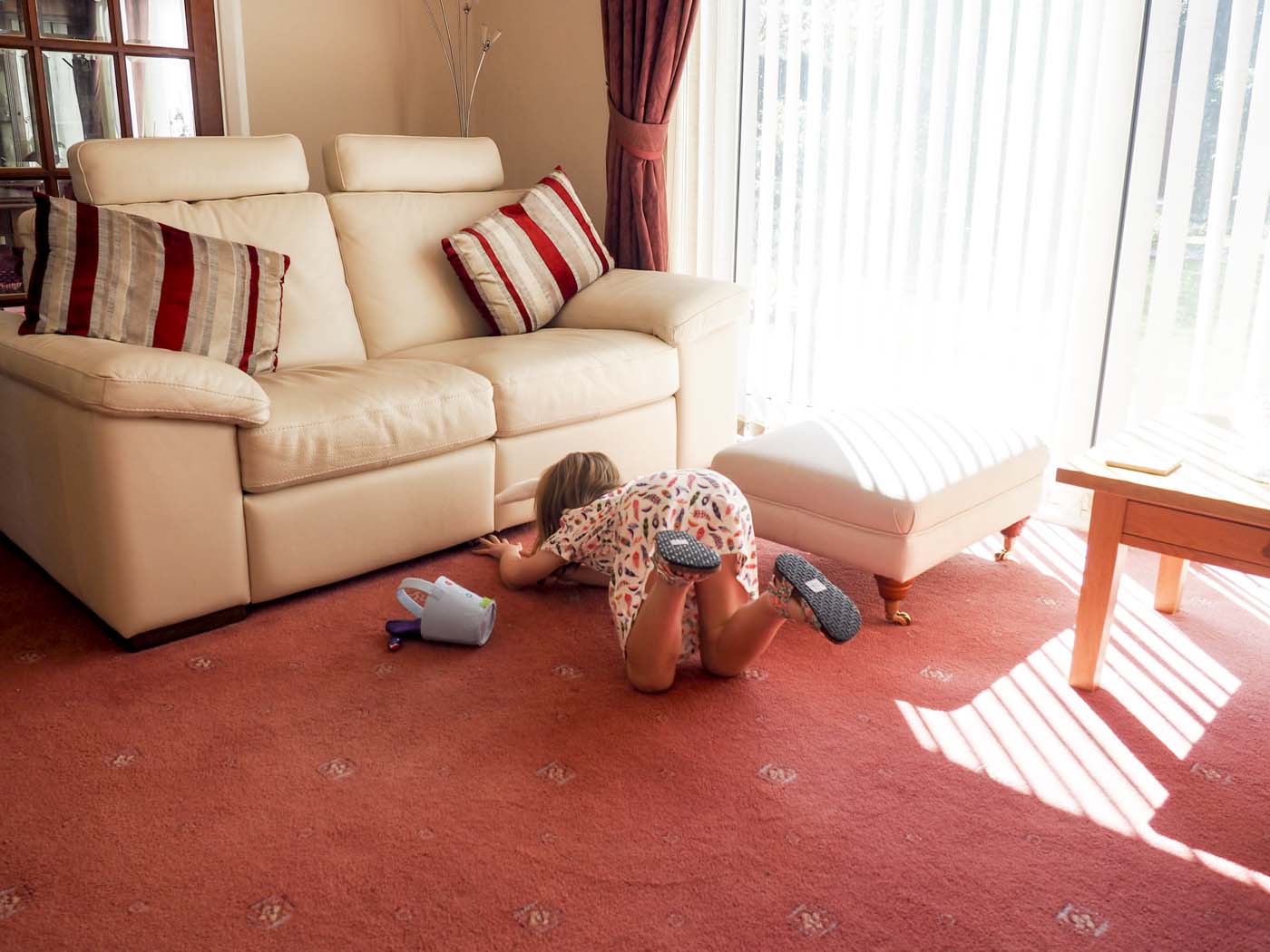 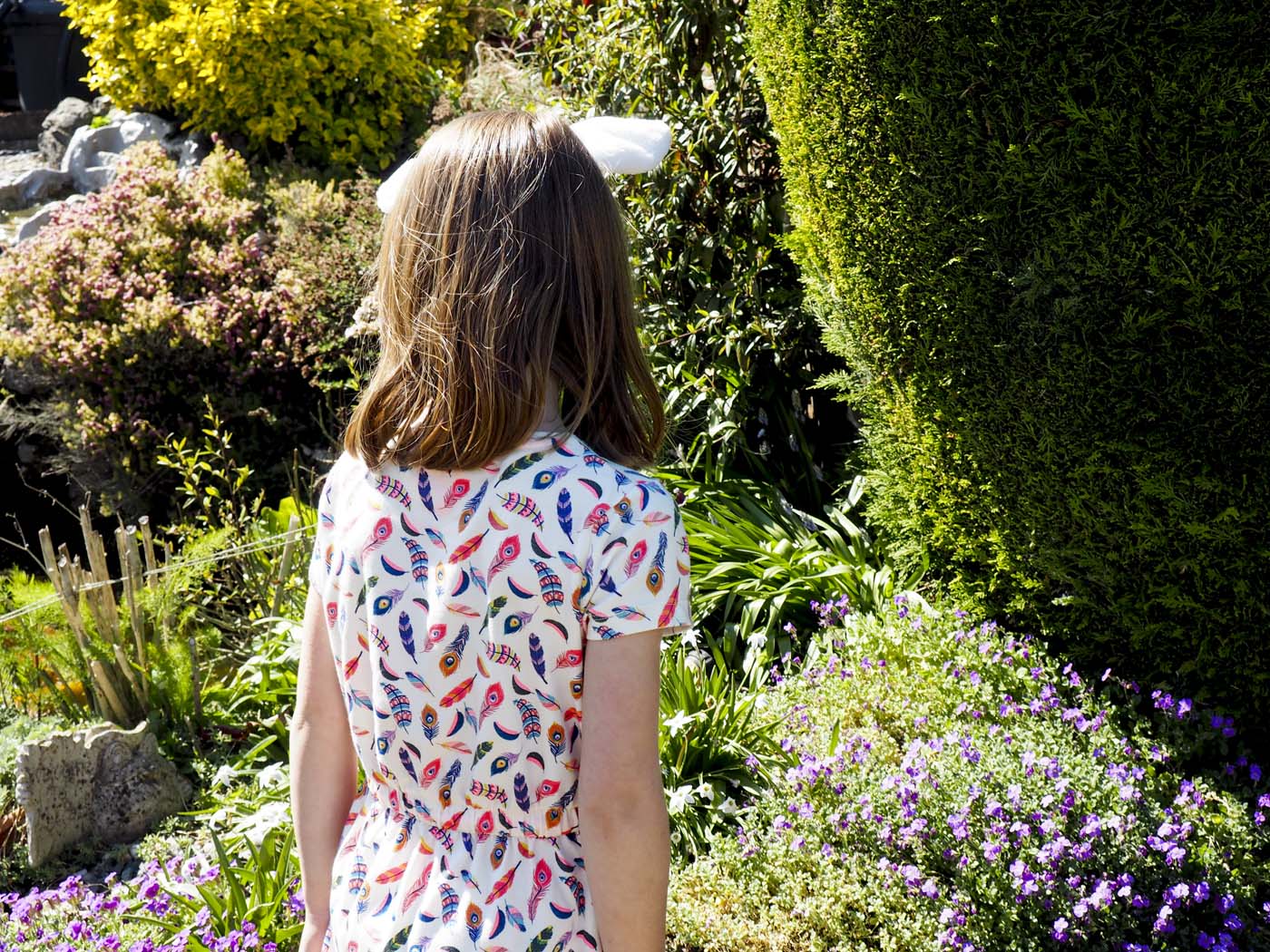 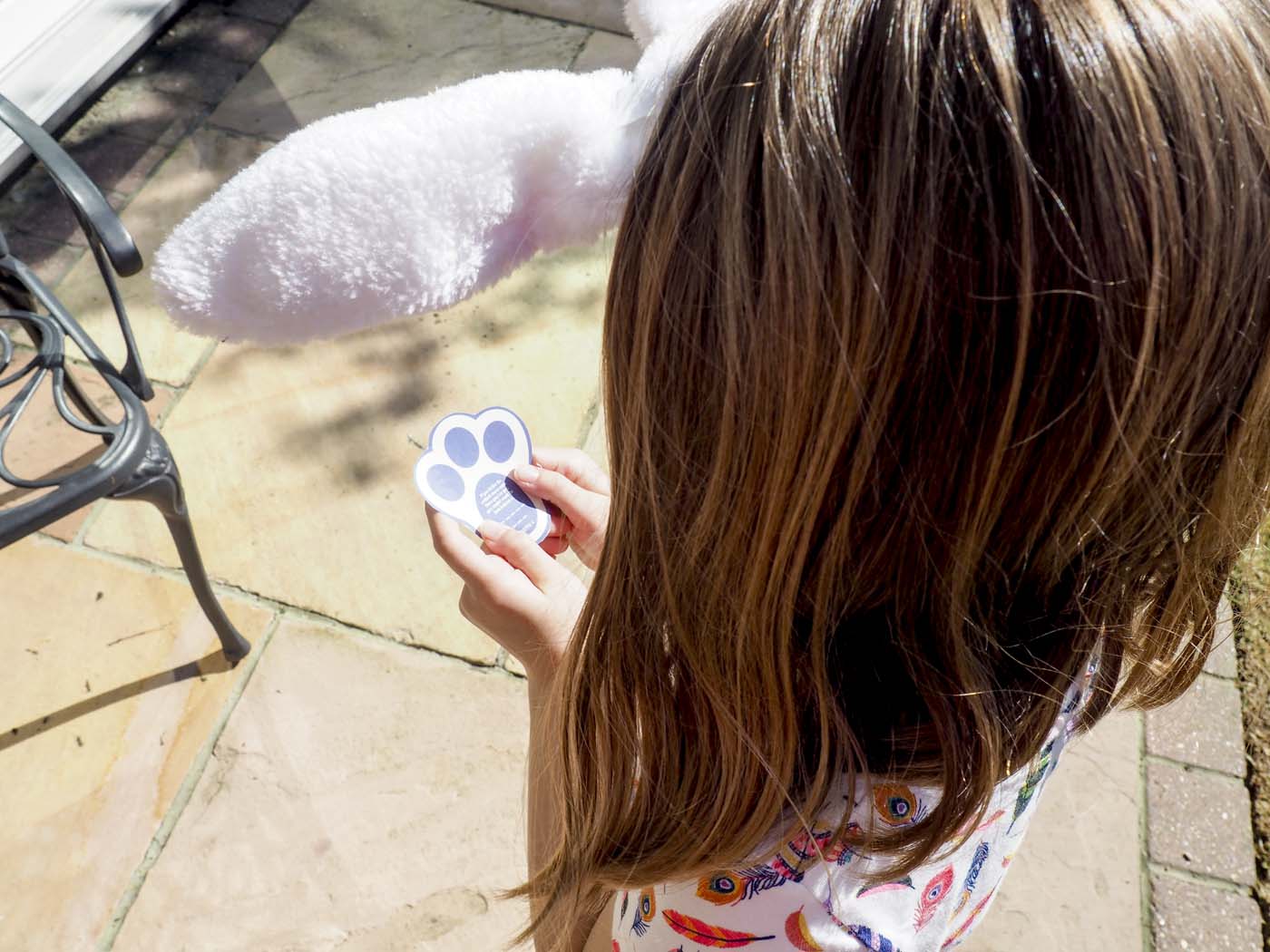 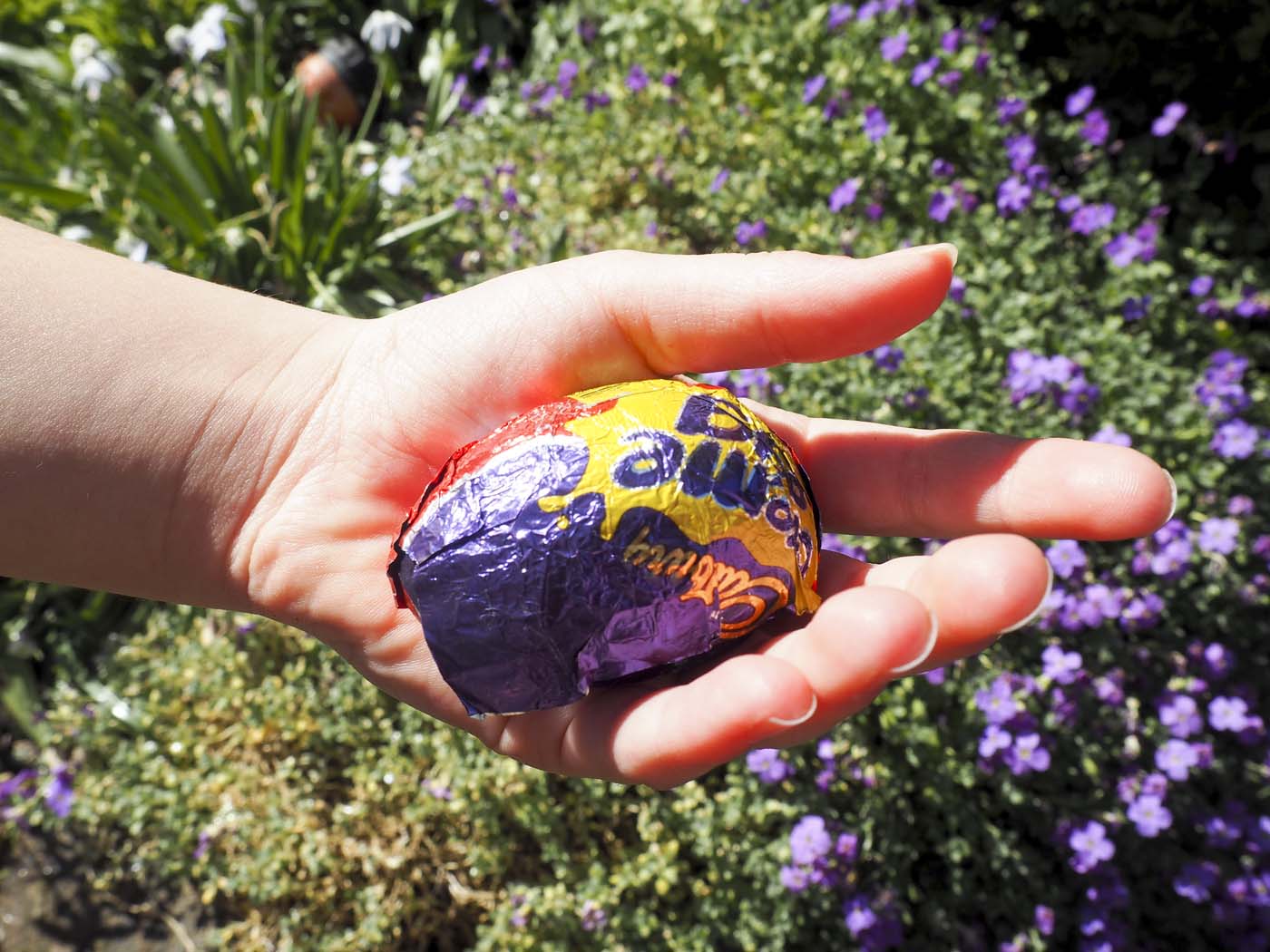 Unsurprisingly, the six-year-old LOVED the egg hunt – she enjoyed reading the clues and trying to work out the answer to where each hiding place was. For younger kids, there are picture clues that you can use, but the riddle clues are ideal for age 5/6 and up.

She needed a little help with some of the clues, but most of them, she was able to work out the answer herself and find the eggs. 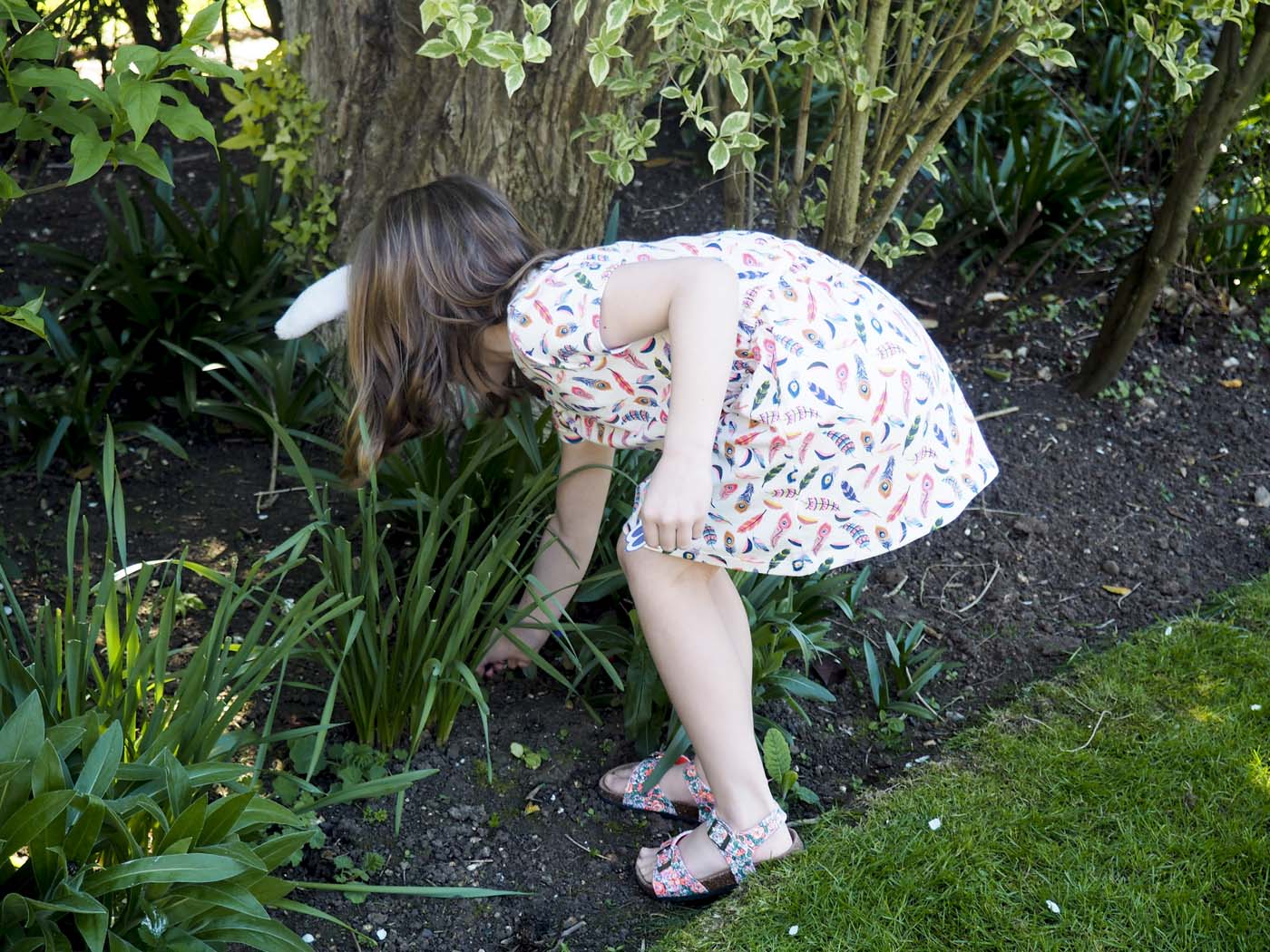 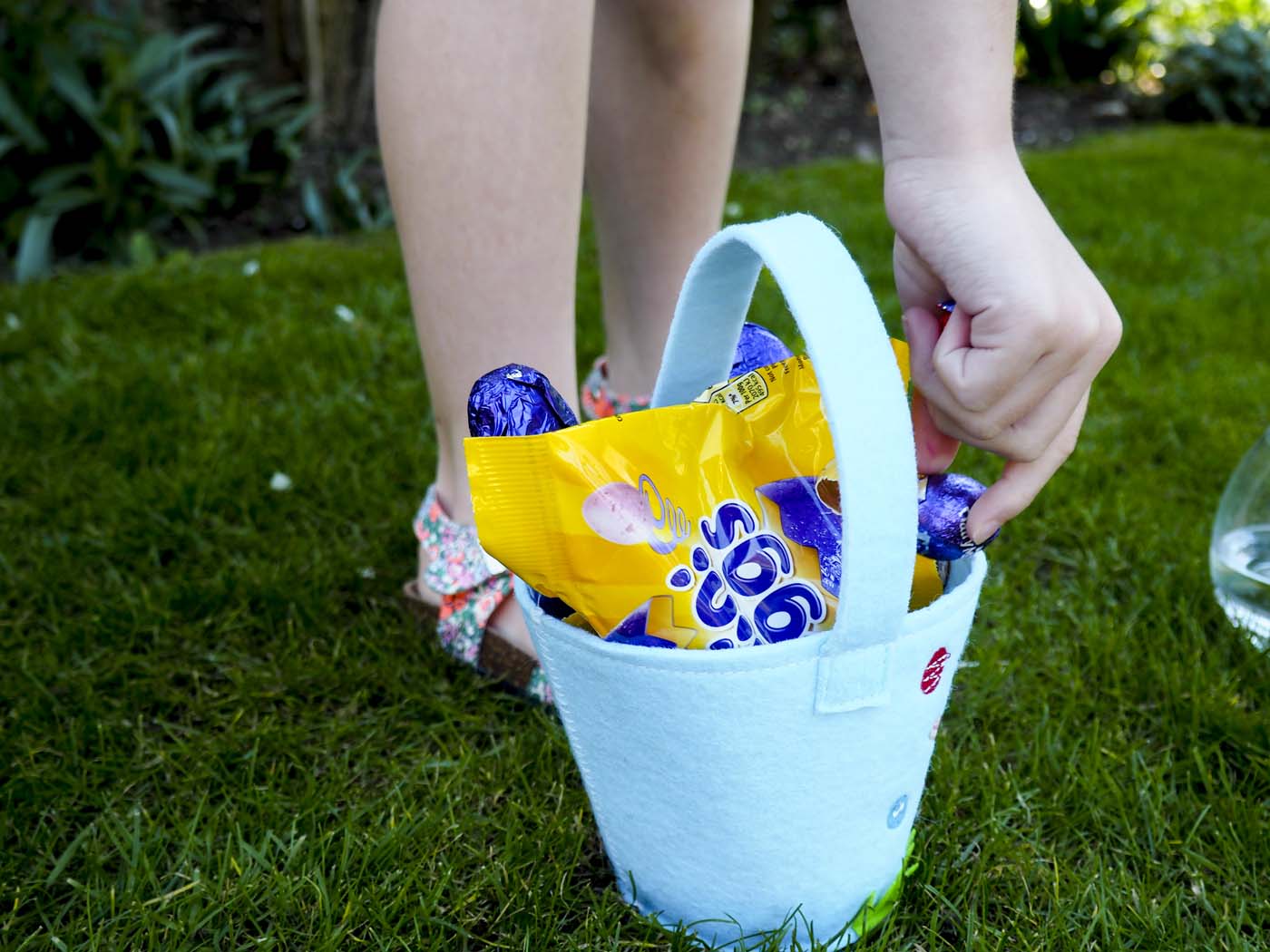 As soon as she’d found the final egg, the six-year-old settled herself down in the garden and tucked into her ‘treasure’ as she called it – and I tucked into a Creme Egg (which, fact fans, is Cadbury’s number one biggest selling product at Easter). Everyone’s a winner! 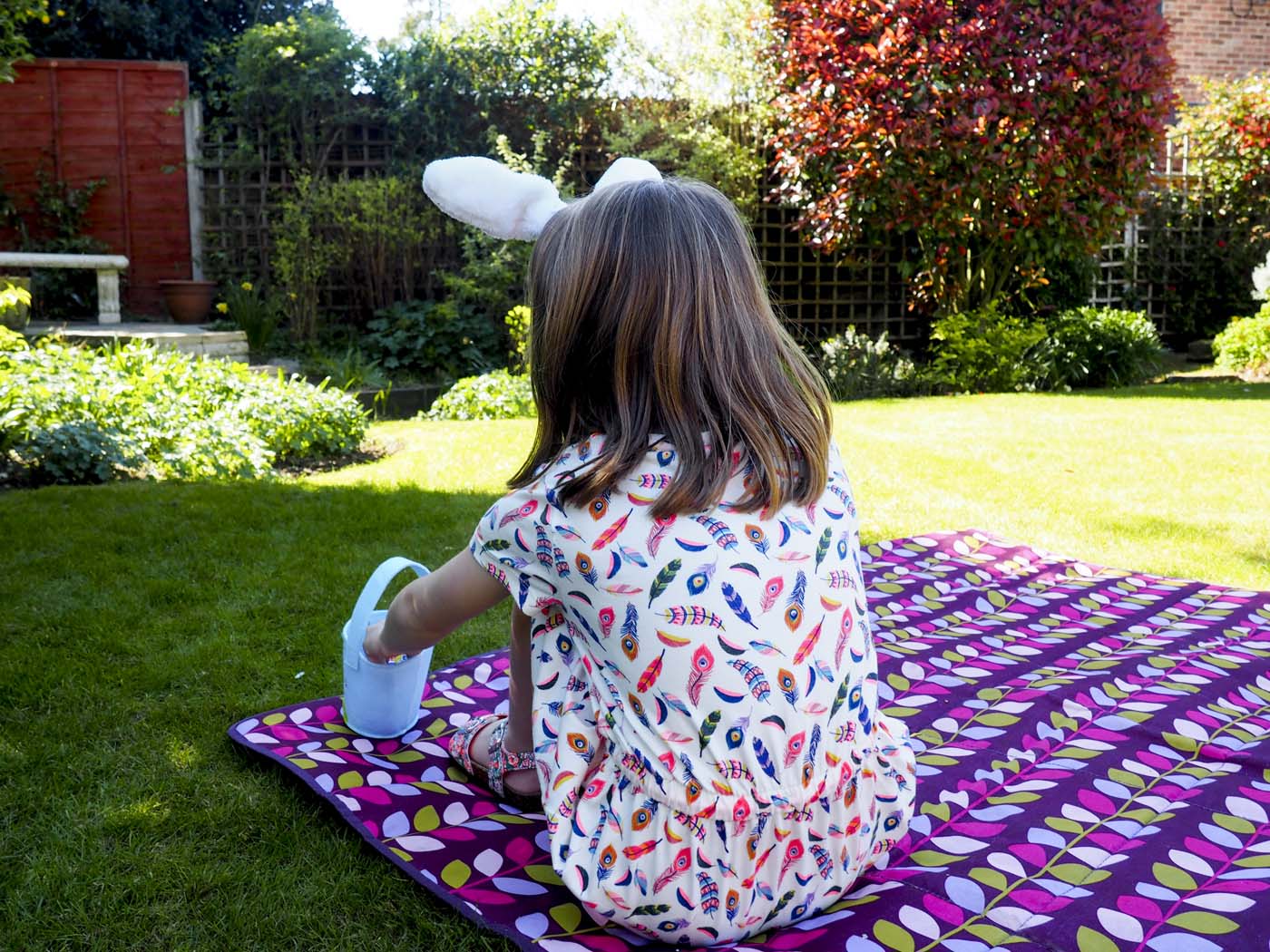 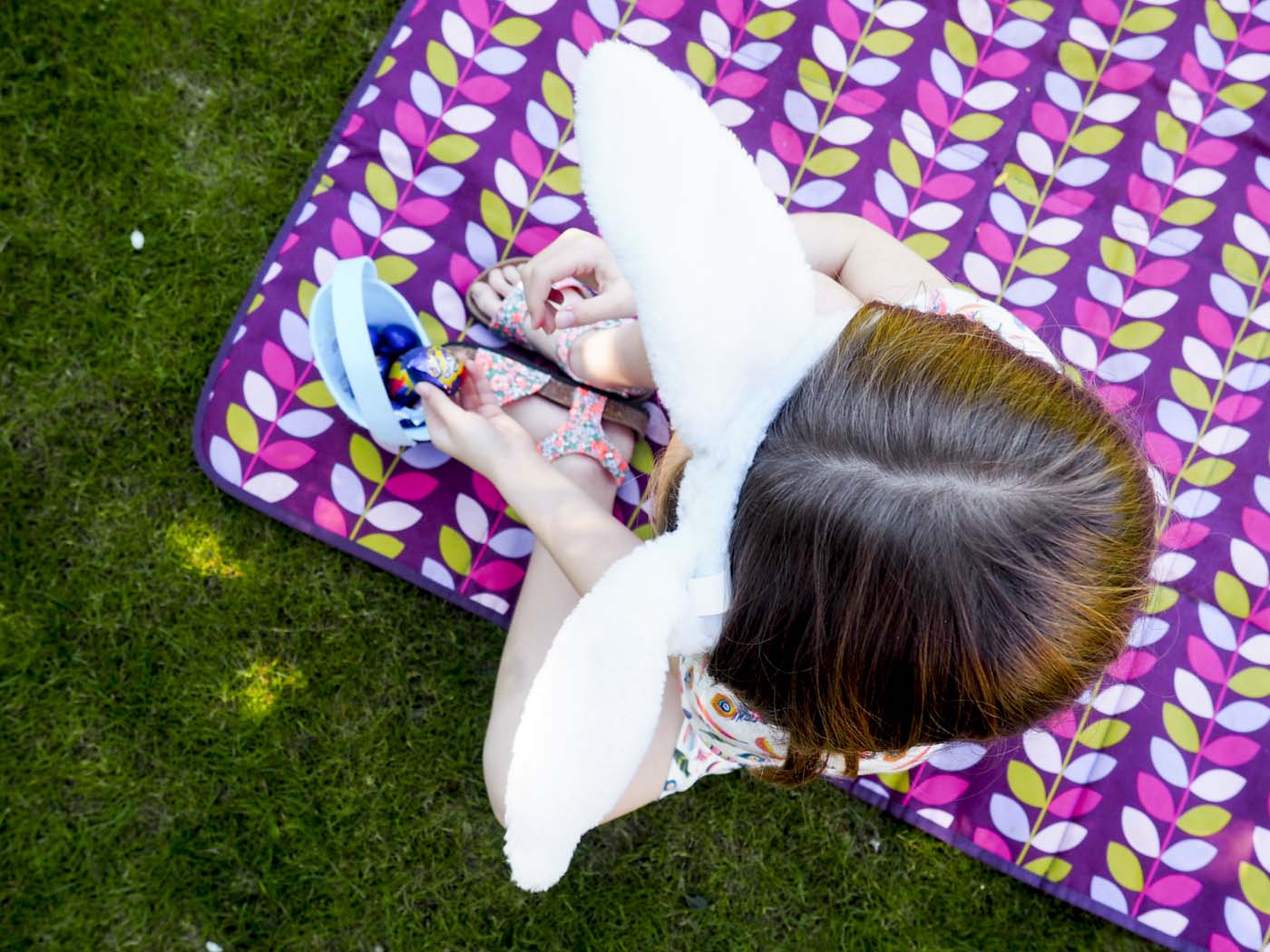 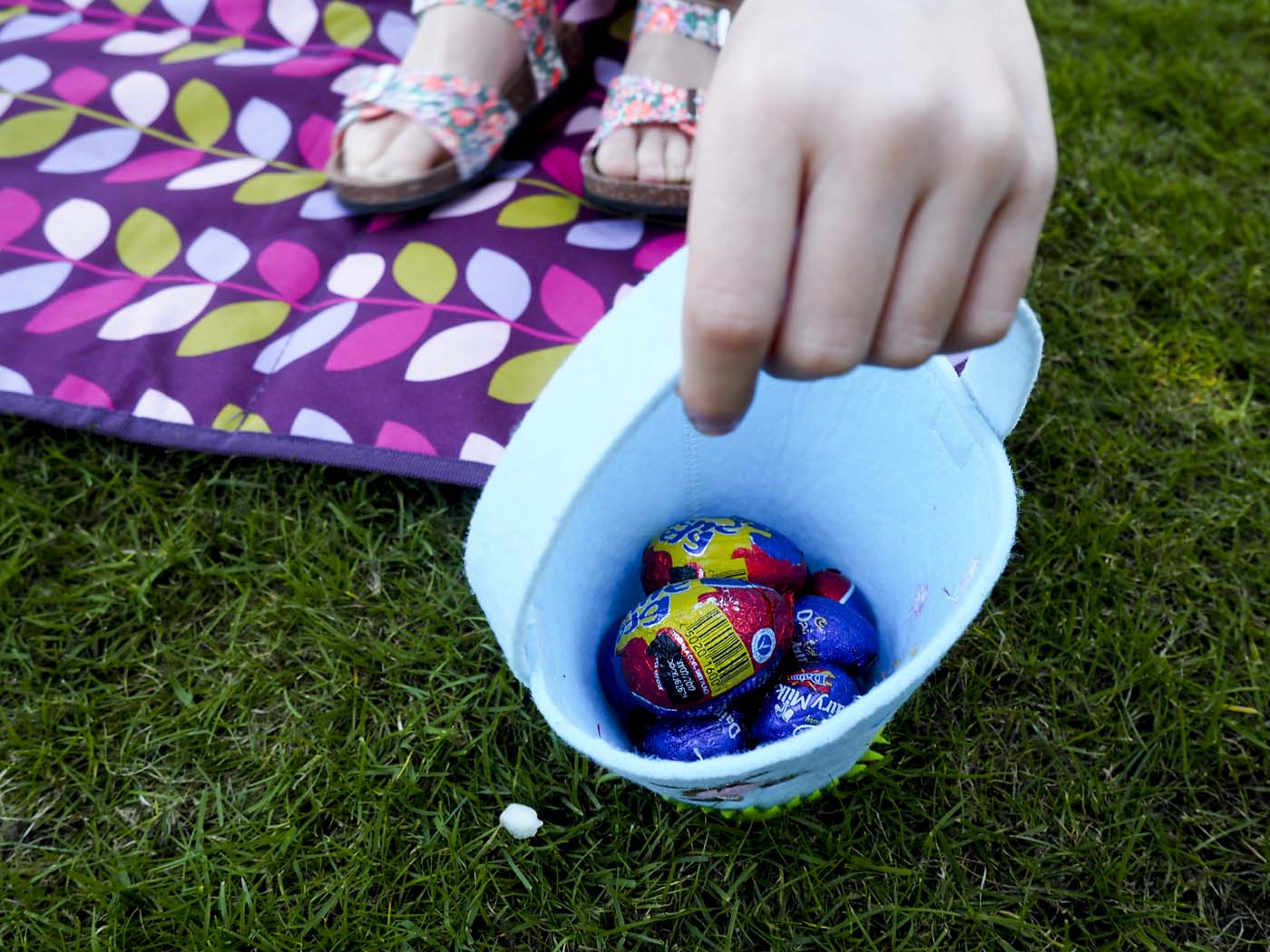 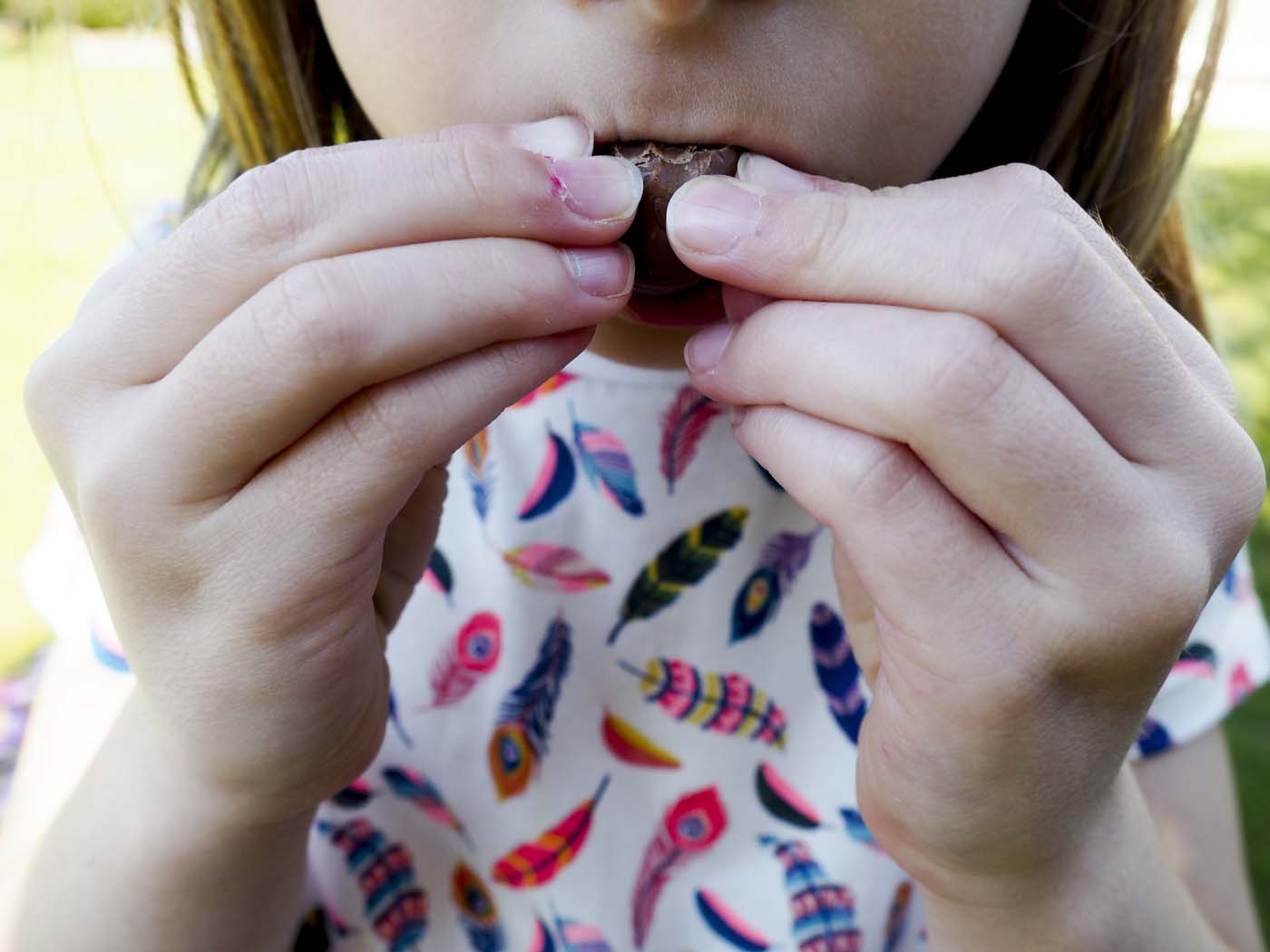 According to Cadbury, a quarter of British families say taking part in Easter Egg Hunts is their favourite thing about the Easter holidays, and frankly, I don’t blame them! Want to watch a video of us doing the Cadbury Egg Hunt?

Thanks to Cadbury for commissioning this post and video – for details of how I work with brands, see my Work With Me page. 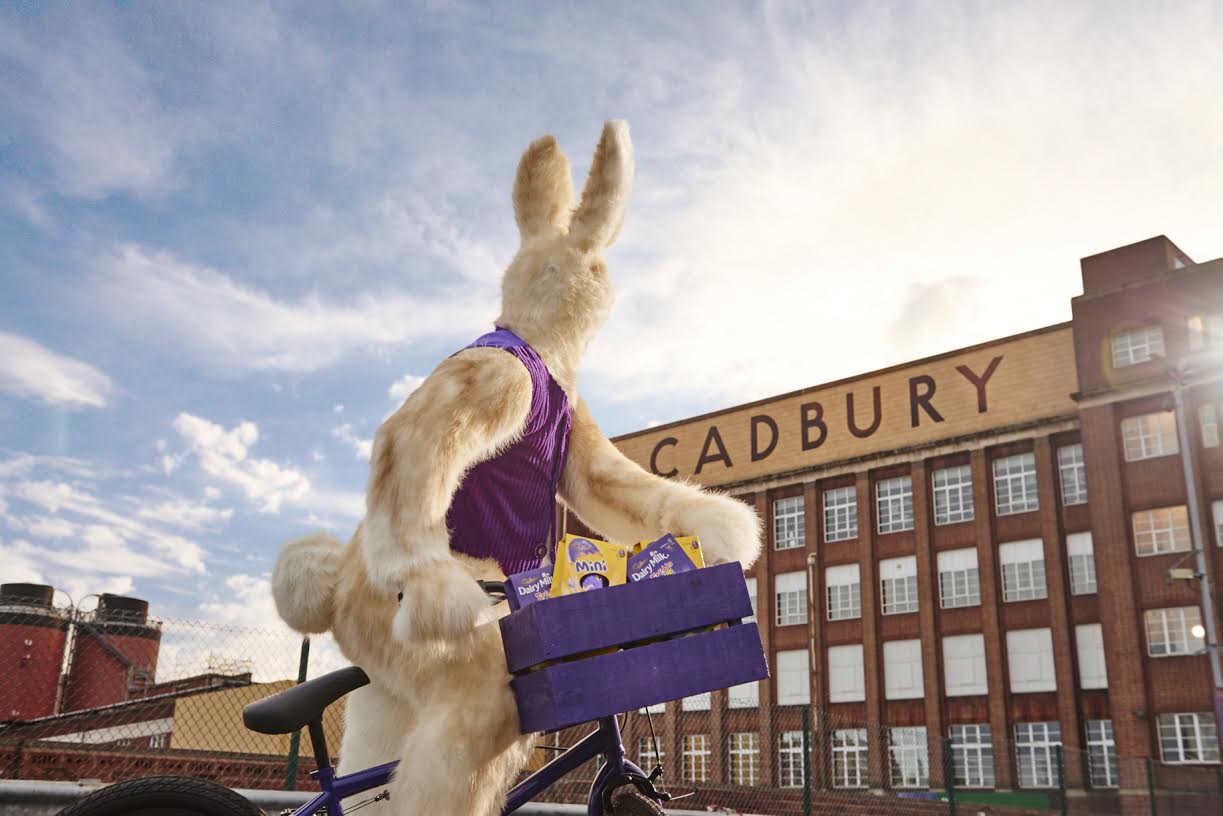