Well this is a bit exciting. Welcome to the first blog post in The Twelve Mums Of Christmas series. Throughout December, I’ll be doing interviews with twelve amazing and interesting mums.

First up is Cathryn Dresser, 27, from Sussex, mum to eight-year-old Maisie and four-year old Ambrose. Cathryn was a contestant on BBC2’s The Great British Bake Off this year and is supporting Family Support Network, a charity which has, for over 100 years, been helping families throughout Sussex to deal with a vast array of social problems including poverty, bereavement, domestic abuse, mental illness and unemployment. 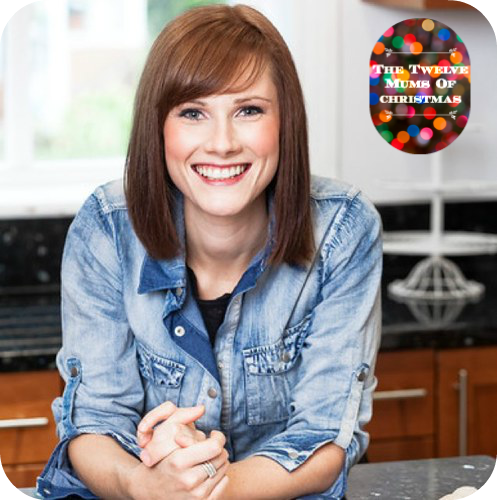 Cathryn, tell me about FSW – why is it important to you to work with them?

“At first I was just honoured that The Great British Bake Off had made enough of an impact for me to be invited to help support the charity!  I was invited to look around The Children’s Centre and I learnt a lot more about how much great work the charity does.  I’m now very happy to say that I am going to be doing some baking for the centre, and at the centre, and I’ll also be involved with an exciting fundraiser in the near future too. The charity does great work and cares passionately about its purpose, if I can help them in any way then that’s brilliant.”

What was it like competing on The Great British Bake Off?

“It’s by far the most fun and challenging thing I have ever done (other than having my gorgeous children!). Everything about the experience was just amazing – the other bakers, the judges, Mel and Sue, the crew, the venue… properly ace!”

What was your highlight of the series?

“Despite not being in it, my highlight was actually the final. It was brilliant being able to take my family to see it all ‘in real life’ and share a little of the fun and excitement with them, and also for the gang (the 12 of us bakers) to be reunited and see the awesome John Whaite take the title.”

You got pretty far in the competition but was there anything that you regret doing or not doing?

“I try not to regret things where possible and to learn from mistakes. One thing I learned was don’t bake things you don’t actually like yourself – this was evident with my ‘American Pie’ that judge Paul Hollywood said was ‘nasty’. I actually agreed with him. I hate peanut butter but I decided to use it anyway…idiot!”

Filming the series must have taken up a lot of your time. How did you balance being on the show with being a mum?

“It was hard at times and I missed my tiddlers like crazy, but my eight year old daughter Maisie is a huge Bake Off fan and was so proud and excited which made things easier.  My son Ambrose, who is 4, was less happy for me to be away but he enjoyed doing stuff with Daddy that I wouldn’t normally let him do (back-to-back Scooby Doo on the TV and staying up late, to name two!). It was all worthwhile when they saw me (and snippets of themselves) on TV. They were so excited!” 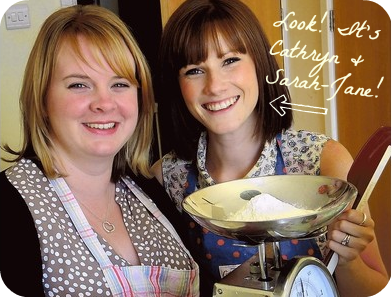 What have you been up to since the series ended? I’ve heard whispers of a market stall?

“Yes! Fellow contestant Sarah-Jane  and I have been up and running in our local Horsham Market for six weeks now and we’re loving it! They have been long cold days but such good fun. Setting up the stall just seemed to happen organically – we formed a great friendship on the show and we live two miles apart.  So we’ll carry on doing it as long as we’re laughing and loving it, which we totally are.”

“We have sold out of everything each week, which is unprecedented and bonkers but so fab.  And we are loving meeting people who ask for a photo or an autograph – this still seems crazy to us but are loving it while it lasts.”

What’s next for you?

“I’ve been involved with the Cake And Bake Show, and I’ll be there again in April.  I also did a couple of demos at the BBC Good Food Show which was very exciting and terrifying!”

“A book, more TV (Junior Bake Off please!) or just even for the market stall to continue to be a success! Although Sarah-Jane and I often joke about changing our names and appearances and reapplying for series 4 of Bake Off!”

“I think it’s getting the children into new Crimbo jammies and putting out the treats for Father Christmas!”

Find out more about the work FSW does in Sussex on their website.