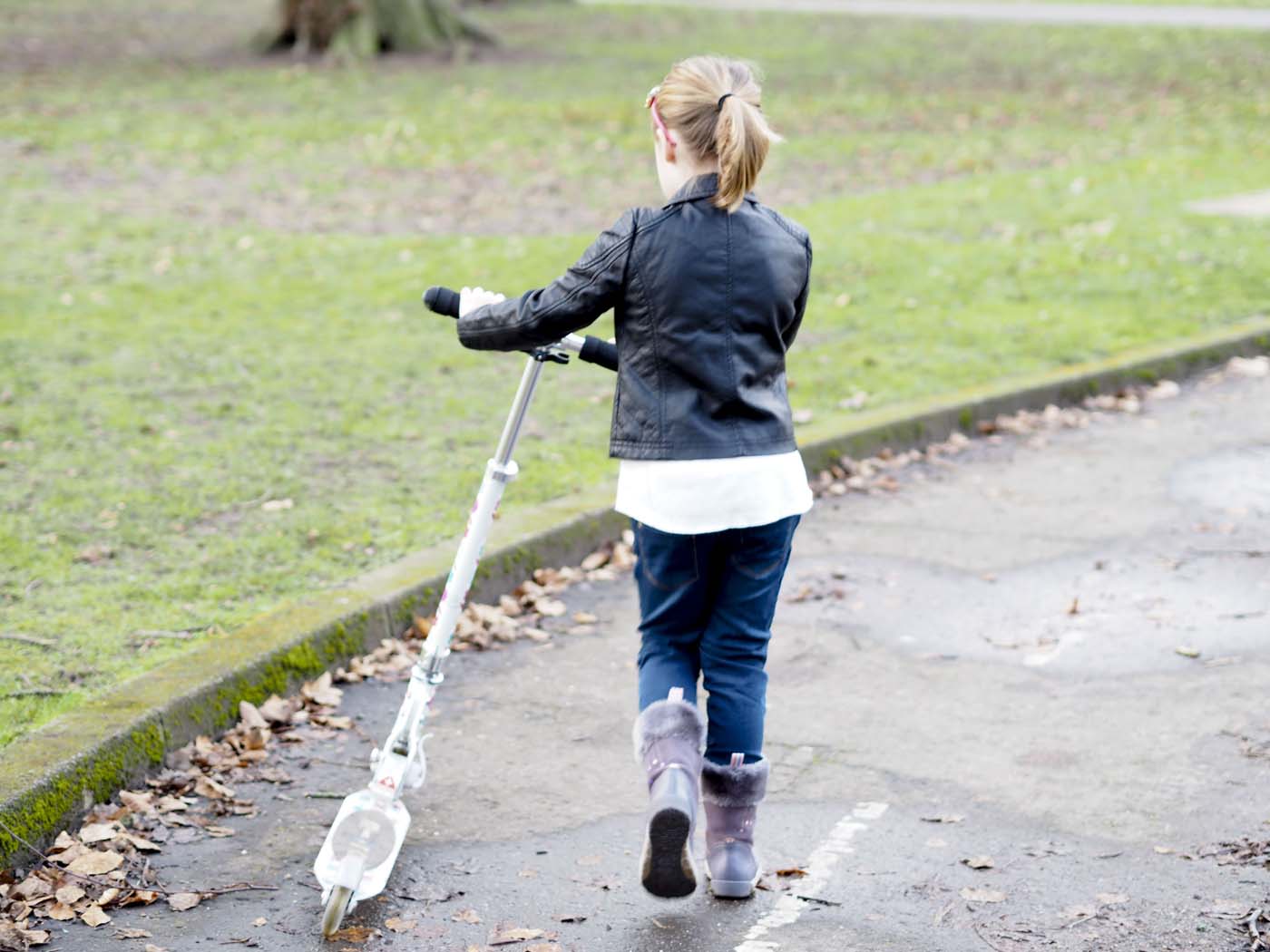 Half term feels like a bit of a breather for most parents. A chance to pause. No school run for a week. Lazy mornings and fun activities. Catching up with family and friends. Often followed by relief that it’s over because let’s face it, most of us like a bit of routine really, don’t we?

This February half term, I went on a mini adventure with the six-year-old. We got the train to Scotland and stayed with my mum for a few days. Even the train journey felt exciting to the six-year-old. She had a little picnic lunch and watched Netflix for four hours straight (stellar parenting from me, there.) Meanwhile, I watched The OA on my iPad and caught up on emails. I did feel a small pang of guilt. The mum sitting next to us spent the journey wrangling with her toddler and pre-schooler, trying to entertain them and keep them busy the whole time. She produced puzzle books, games, a Tupperware box of Play Doh. Basically, she did all but unicycle up the centre of the carriage singing Wind The Bobbin’ Up. And there was me, sitting next to her watching Netflix…

Our week was spent playing Guess Who eleventy billion times (Me: “Does yours have a moustache?” Her: “No.” [pause] “What’s a moustache again?”) going swimming and checking out the lochs and tearooms of Perthshire. But hands down, the best thing about where my mum lives is the great park right next door. The six-year-old took her scooter out there every day to whizz around, whatever the weather. 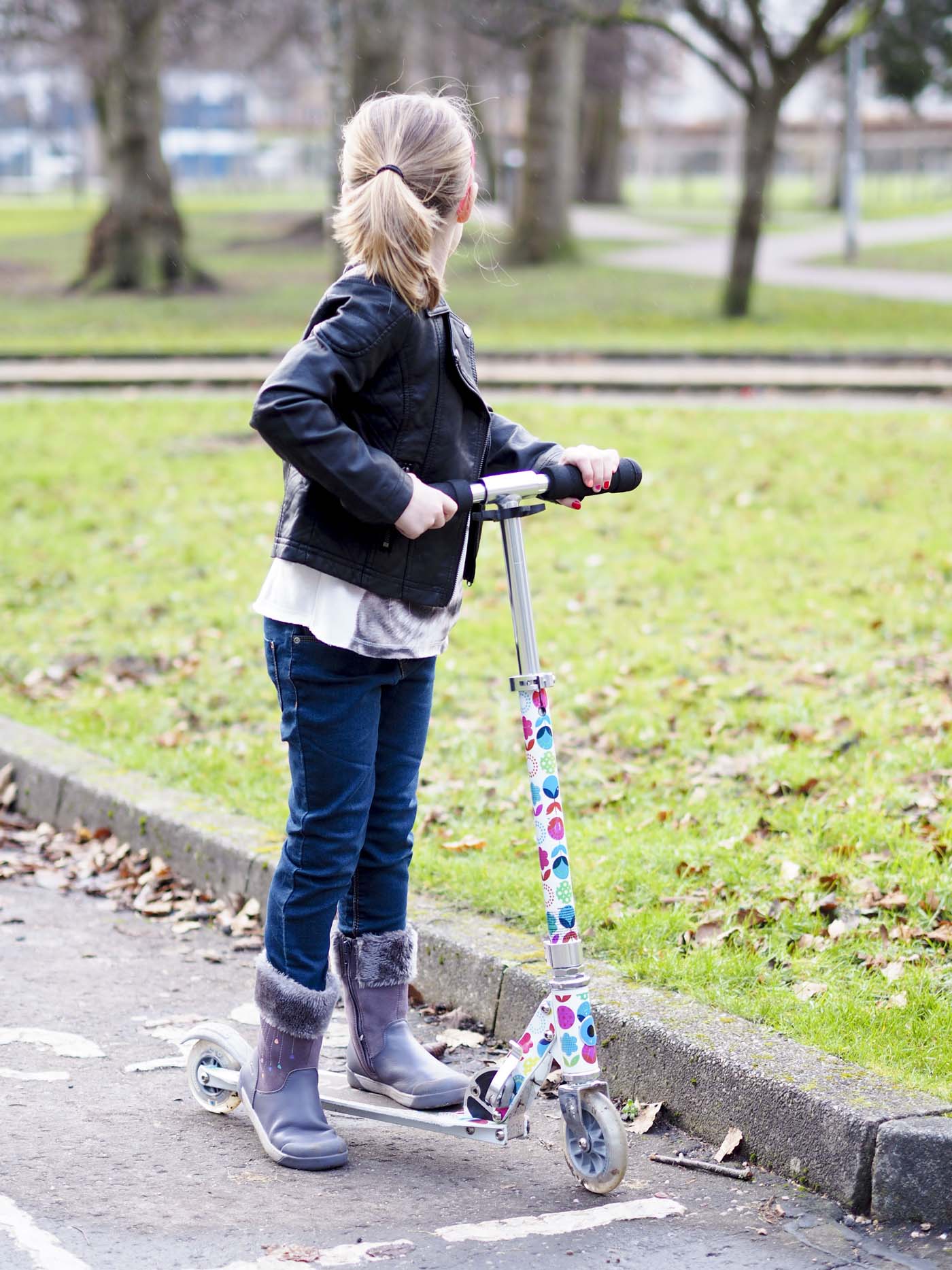 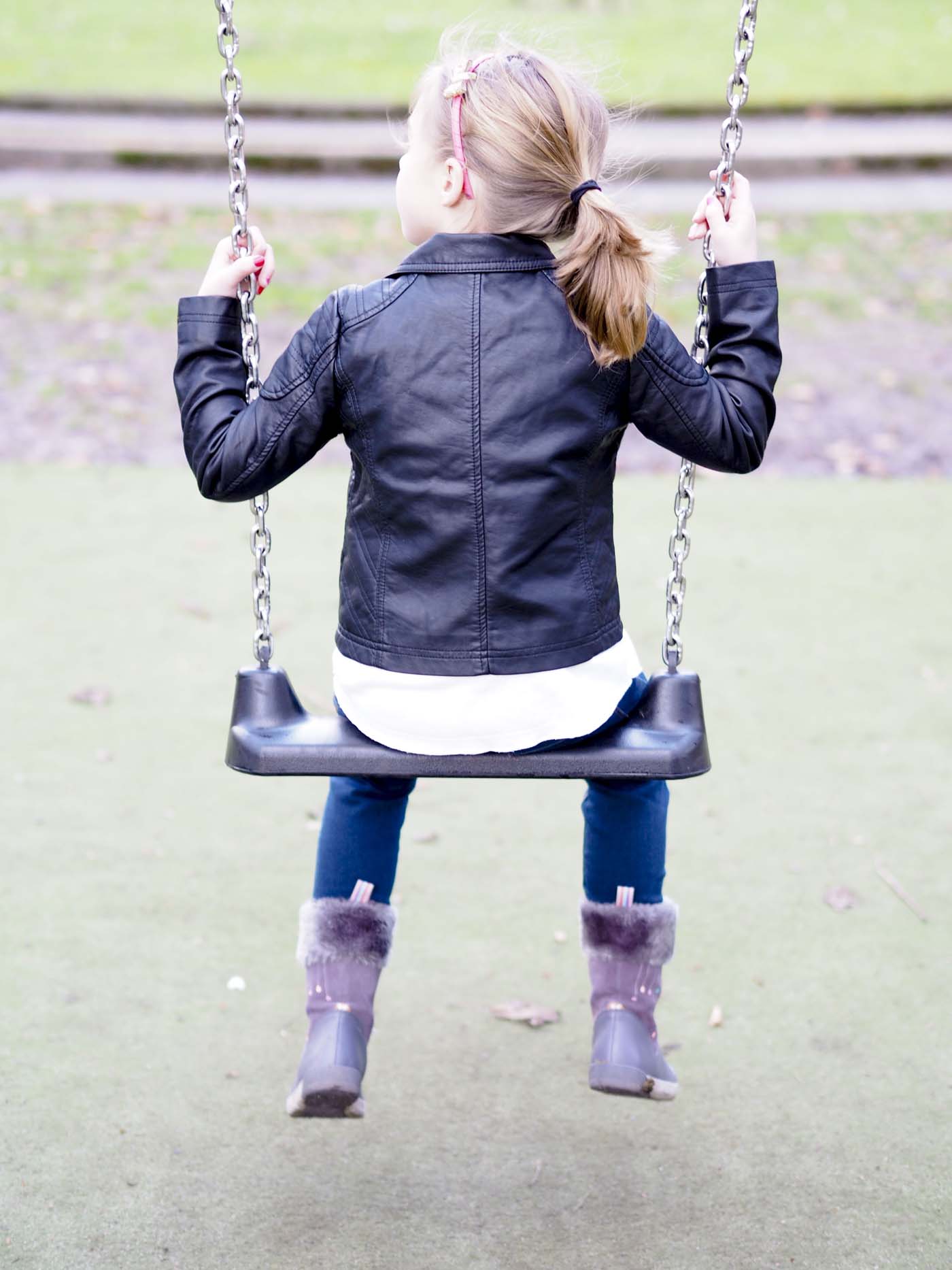 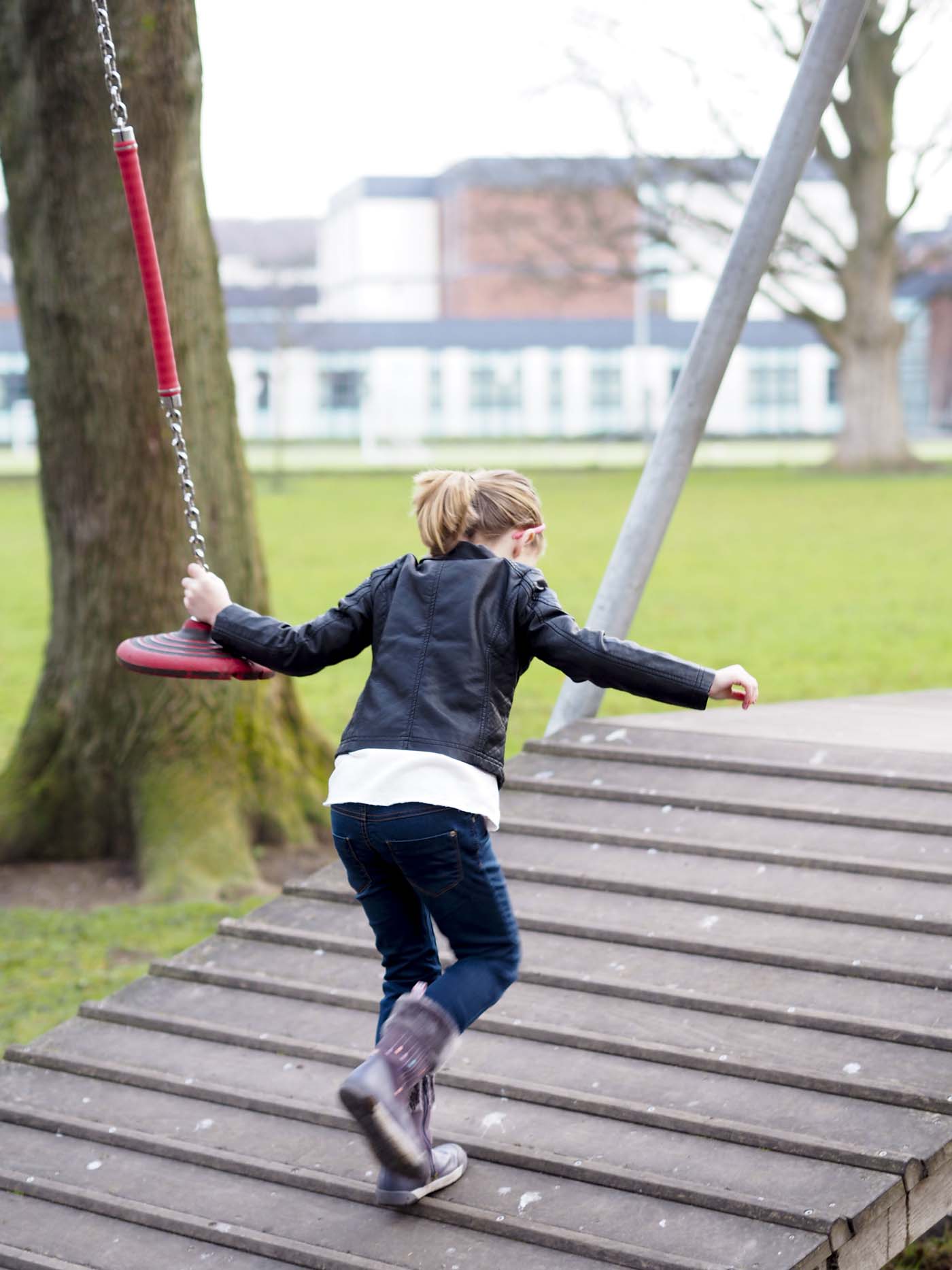 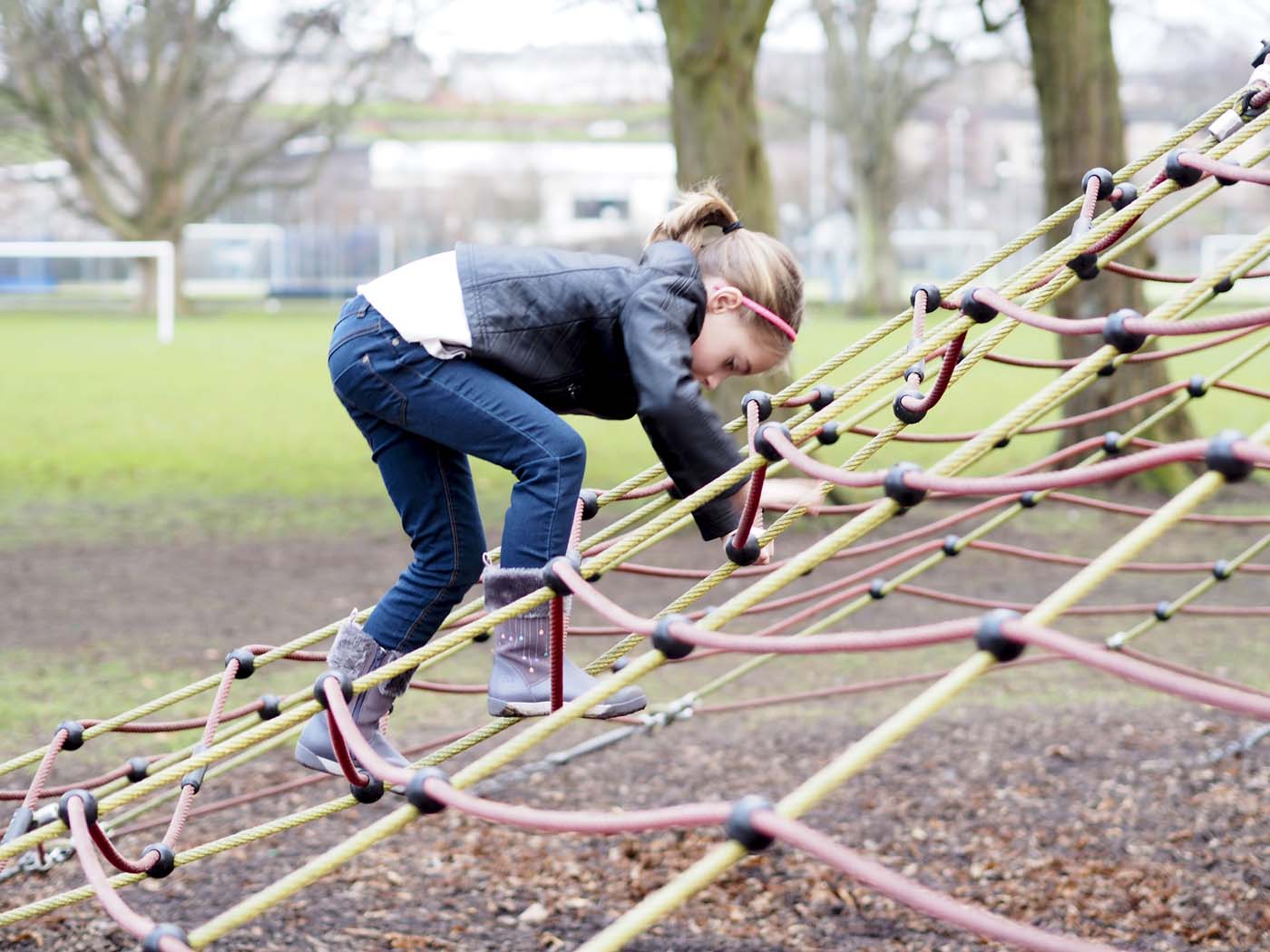 Warm and sensible outfits are a must for February in Scotland – thankfully Debenhams kitted out the six-year-old with a pair of jeans, a cat sweatshirt and a pleather biker jacket. 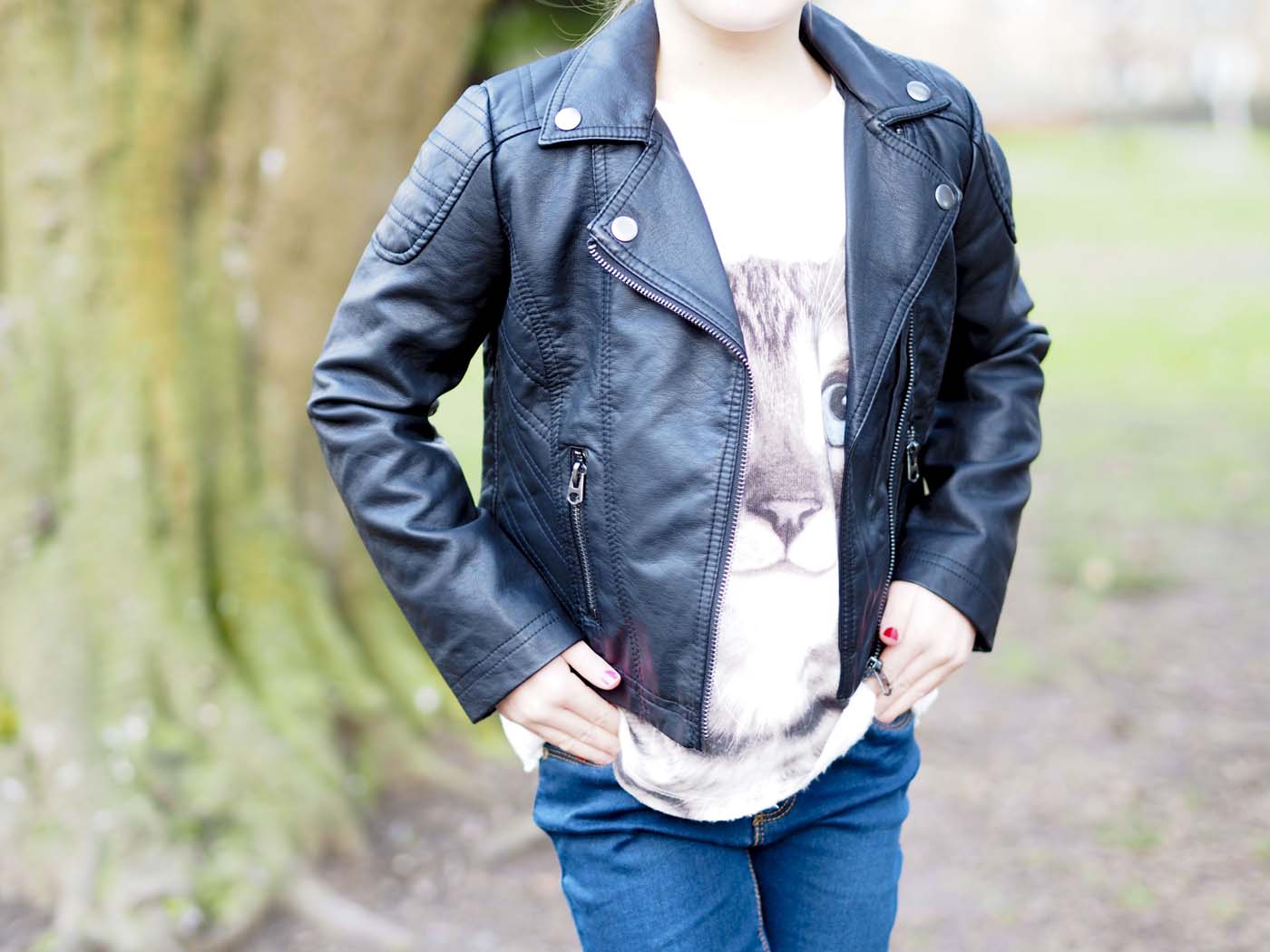 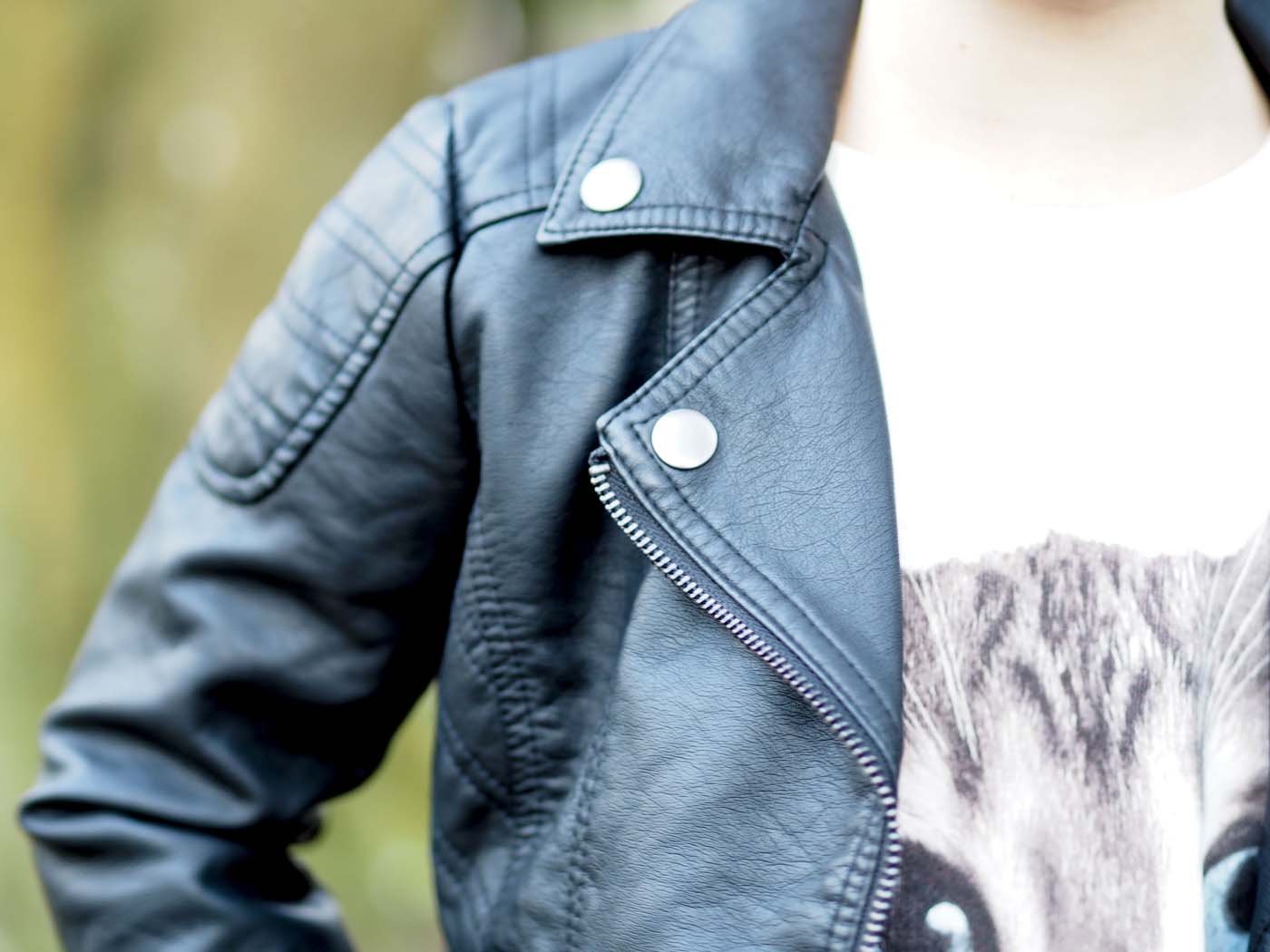 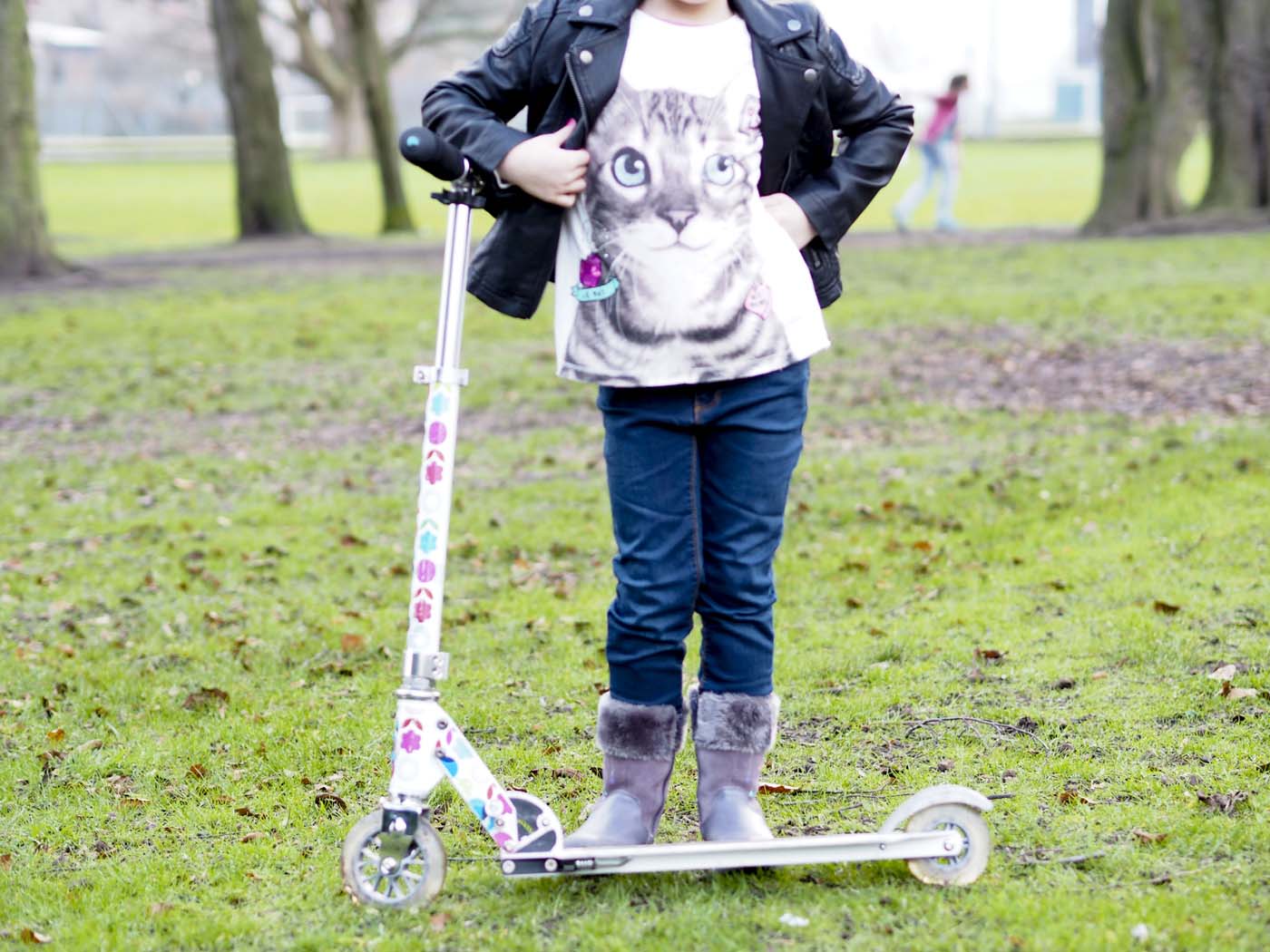 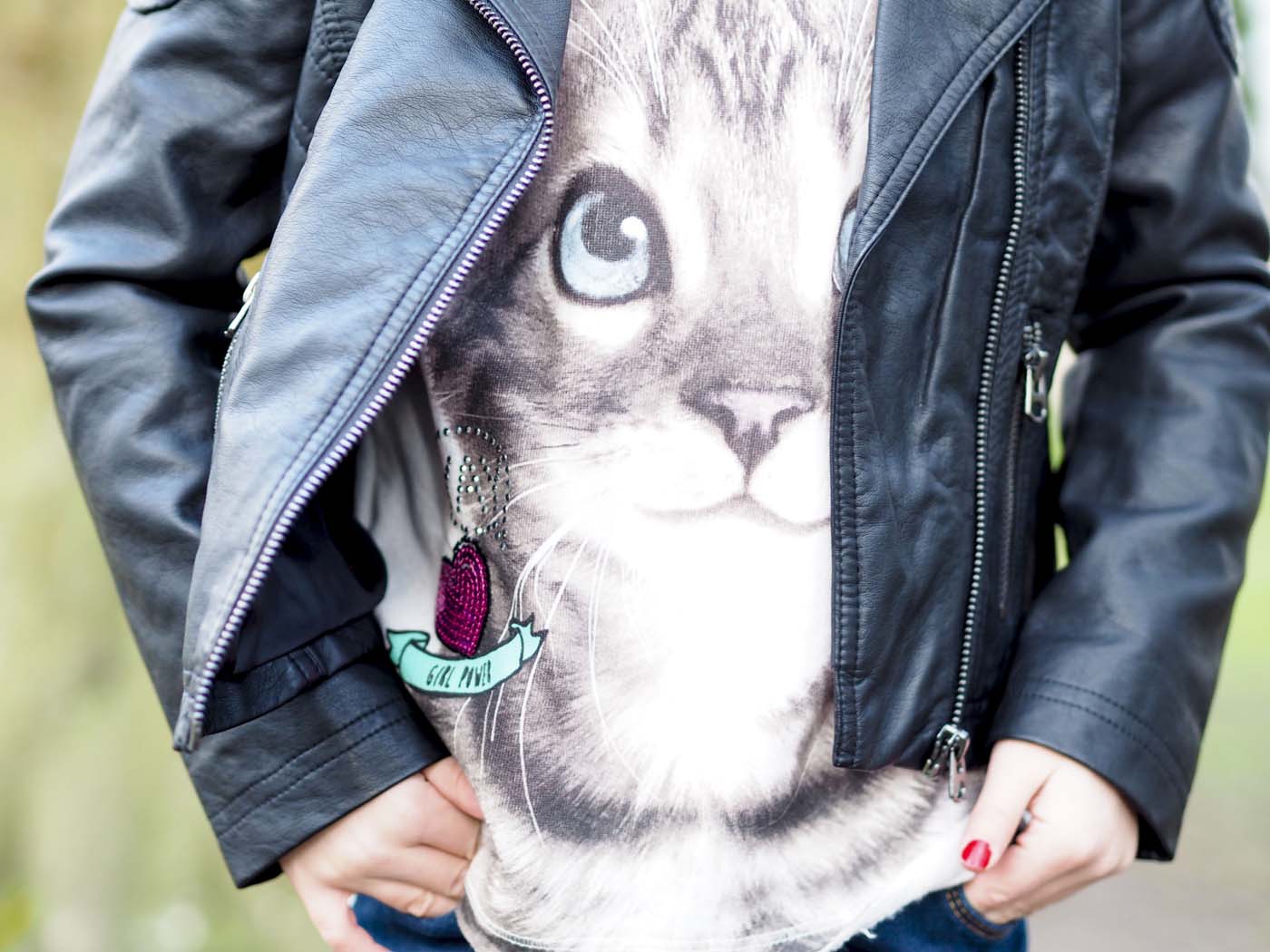 To say she loves the outfit would be a huge understatement. The biker jacket isn’t the kind of thing I’d usually buy for her (I’m not a massive fan of kids looking like mini grown ups) but she chose it and I decided to channel the “relaxed mum” vibe. The sweatshirt has cute badges on it saying ‘Girl Power’ and ‘best friend’ which (I think) balances off the biker jacket. She loves the jeans too – which are more like jeggings really and have lots of stretch in them.

Oh and karma got its own back on me… on our return train journey to London, the six-year-old wasn’t up for a Netflix marathon and instead wanted to play and chat about Shopkins the WHOLE time. Four hours. Serves me right for being so smug, right?

This post has been commissioned by Debenhams and as always, all views are my own. For details on how I work with brands, see my Work With Me page.