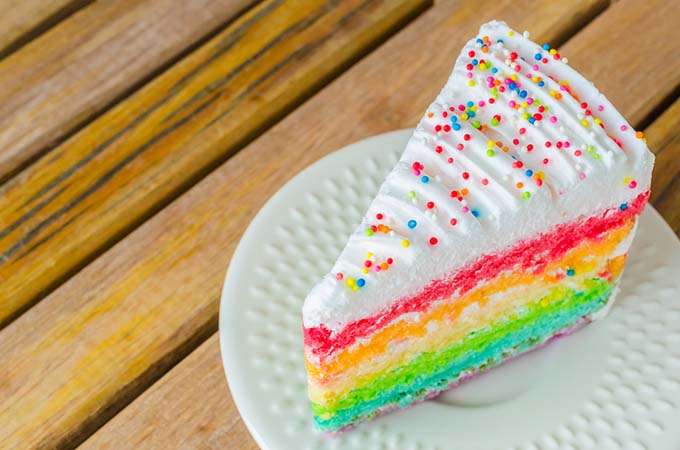 Parties are one of my four-year-old’s FAVOURITE things. Getting dressed up (or you know, choosing which Disney costume to wear), writing the birthday card, wrapping the present, running around with friends, eating cake, playing games, bringing home a bag of plastic tat…

The bag of plastic tat. This is where my daughter and I have differing opinions. She loves a party bag. I hate them. Does that make me a massive killjoy?

But seriously, 99% of party bags are filled with toys that give five minutes of fun and then get dumped in a drawer and forgotten about, perhaps blowing bubbles which get spilled all over a party frock or the kitchen floor, and often a variety of sugary sweets from Haribo to popping candy.

I have no real issue with the sweets – aside from the fact that after a birthday party, the last thing any kid usually needs is more sugar. It’s the plastic. The tat! My house is drowning in tat. We have clever IKEA drawers which we bought to store toys, but they’re just filled with party bag contents. Played with for five minutes, forgotten about for five months.

I know what you’re thinking. I just need to get a black bin bag and do a clear out, while the four-year-old isn’t around.

But did I mention I’m also a hoarder?

I have a real issue throwing stuff away. My thought process goes something like this: “Right, I’m doing a clear out. Everything that hasn’t been played with in six months is OUT. Here goes. Oh, but what if this is the one toy she really wants to play with, this weekend? And she asks for it. And I have to admit I’ve chucked it. Maybe I could lie and say I don’t know where it is. Oh, maybe I’ll just leave all this stuff for her to play with. The minimal look in homes is so overrated.”

I think what upsets me the most about party bags is knowing how much money and effort goes into them. The four-year-old is soon to become the five-year-old and I’m in the throes of planning her party. The church hall is booked, the paper plates are on order and I’m trying to decide whether to bother doing cheese sarnies or just go for Nutella to ensure all kids actually eat one.

Then I get to the party bag organisation. Plastic tat ain’t cheap, you know. Even shopping wisely and going to Tesco or Wilko’s means spending 25p per piece of plastic tat. Times that by five, add in the cost of the party bag itself, buy enough for 30 kids and you’re already £40 down. £40 on tat that will probably get chucked as soon as the child gets home.

So I’m stopping the madness.

This is where it ends.

I’ve decided that each child that comes to this party will leave with a slice of cake and a book. A book bought in a ten for £9.99 deal from The Book People. Yes, there’s a risk I might give a child a book they already own, but as a parent would you rather be given a book you already have (options: keep one at the grandparents’ house, or regift it) or be given a bag of plastic tat?

Am I a huge killjoy who misses the point of party bags or the instigator of a revolution that will sweep the nation? Vote now.